The Descendant and the Artist

It was our first trip to New York and we lined up for the Museum of Modern Art. We wanted to see so much art but the main reason for the visit was to see Vincent van Gogh's Starry Night . We headed to the gallery but Starry Night was not there. When we checked, the painting was on loan to another museum. I was so disappointed. Everything we saw after that point was lost on  me.
My interest in this painting was partly due to the song Vincent by Don McLean, written in 1971.
You can hear the song and see some of Van Gogh's work here.
Also, I knew the story of van Gogh from my high school history class and was familiar with much of his work. But my interest went beyond books and music. The parish priest, Father Adrian Kimenai, of my home parish of Mary Queen of the World, in Mount Pearl, Newfoundland, was from the Netherlands originally 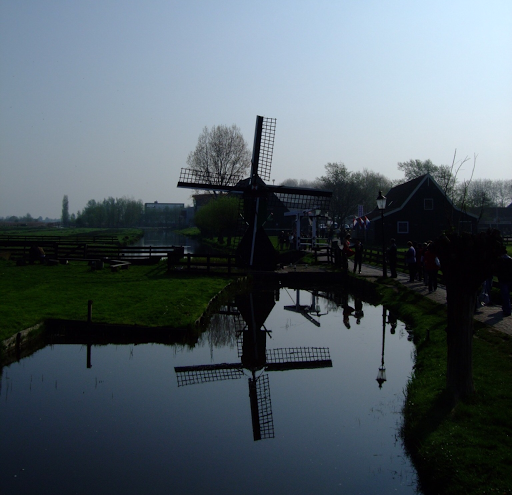 and was a great nephew of van Gogh.
I met Father Adrian when I needed a reference from my parish priest as I applied for teaching jobs with the Catholic school boards in Newfoundland. He was not in the parish very long at that point, so we did not know each other beyond a nodding acquaintance. We had a long conversation during which he asked me about myself and I eventually wrote a reference which he signed. During that conversation he asked me what I knew of van Gogh. That was when he told me about his connection to the artist, though I cannot remember the exact genealogy he explained at that time.
Mary Queen of the World Church was on the main floor of a building with the school upstairs. Father Adrian was instrumental in having a new church built, separate from the school. Then a most interesting thing happened, the great nephew of van Gogh, saw to the commissioning of Newfoundland artist Gerald Squires to do the art work for the new church.
The story of the church and the art is here. You can see the Last Supper done by Squires in the article.
The work is incredible, depicting the stations of the cross, the last supper and the resurrection, in a Newfoundland setting. While costly at the time, the work is worth millions of dollars today. This art attracts people every year to see the incredible work done by Gerald Squires.
An interview with Gerald Squires is here. This interview is long but fascinating. Watch the first few minutes to see some of the stations of the cross.
Meanwhile, in 2009, when we visited Amsterdam and planned to visit the Rijksmuseum, 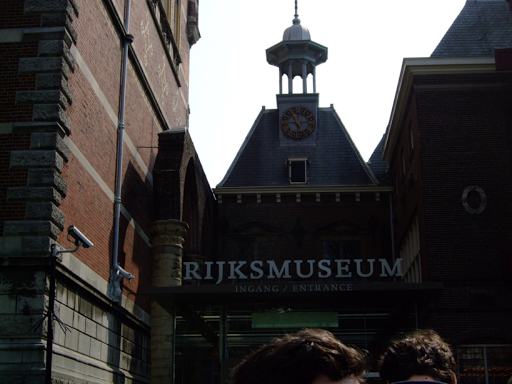 we were elated to see Starry Night on loan from the Museum of Modern Art. A dream came true!
Father Adrian Kimenai died in the Netherlands in 2014. Gerald Squires died last year in Newfoundland. The priest was the visionary, the artist was the master who gave it form. Incredible art is the legacy.
Posted by Marie Smith at 04:29

I have not heard of Gerald Squires' art before -- I'll try to check it out! I'm a fan of Starry Night and Van Gogh too.

I've never seen that Van Gogh in person, but it recently was featured for its whorls and how they are mathematically correct (or something like that). :-)

I am glad I never needed a reference from a priest. I suspect it would have been a fruitless request.

Beautiful post Marie. I love Van Gogh and saw his retospective in the Riksmuseum in the early 1990s. That was not my first or last trip to the Netherlands.

Just this past sunday, Brother Dunstan (who is Canadien) told us a story about Queen Wilomena during WWII I will have to share someday. (I didn't know Juliana had been born in Canada.)

While I was still in school, I took several art history classes that centered on Van Gogh. Always try to see his works wherever I travel. The best collections are in the Netherlands.

Love your video and song. I saw the "Potato Eaters" as well as a painting of a bridge in France (VG painted several times). As an undergraduate, I wrote a research paper about one of the 'bridge' paintings in the early 1970s!

Several movies about his life and art history books also.

That is really neat. And I'm glad you eventually got to see the painting. I didn't know all that about Van Gogh at all! In my elementary school we had a picture of his 'wheat field with cypresses"....and that was the extent of my early education in art! His art is beautiful! Andrea

I have heard about van Gogh but my lack of knowledge of his work is so embarrassing!

Glad you saw it after all. The other artist and his work sound very interesting.

Gerald squires did beautiful art! He is worth a look.

I felt relaxed when I finally saw it. The quest was over.

Lol. When you wrie a blog post, you never know what people will react to...

We always go to the art museums in big cities. The feeling when you see a famous painting for the first time is incredible.

He was incredible, a tortured soul who captured the world for the ages.

You can always learn about him.

It was wonderful to see. Gerald Squires work is great.

A very fascinating history of the church. I had not heard of artist Gerald Squires but this sure was interesting learn about him and to hear him in the interview.

He did great work! His work in that church is spectacular!

What a story, Marie! You finally got to see "Starry Night" AND you found a beautiful windmill!