It’s been hot and humid this summer and as the last few days of the season approach, my husband and I decided on another beach day. Prince Edward Island has so many beaches, we decided on one which is new to us, but popular with islanders from the city of Charlottetown.

We parked and headed for the beach. A minute into the walk, my husband had to return to the car for something. I continued on in the 30+ Celsius temperature, hot for us even in mid July. The wind, which had been a cooling effect earlier in the day had completely disappeared.

There had been a bus in the parking lot, a blue one, unlike the traditional yellow school bus but the same shape. Tourists we decided, though they usually ride coaches rather than school buses.

As I walked along, I spotted a large group coming from the path through the sand dunes. They approached and I noticed their youth, not teenagers though, young adults. While they walked along, a slightly older guide stopped at a stream and pointed out various items to them. Some took notes, all listened.

That thought took me back. At sixteen I started a science degree at university in Newfoundland and one of the first courses I took was Geology. I loved it. We had classes and a three hour lab every week where we studied mineral and rock samples or did field trips. Two field trips stand out in my mind.

The first was a miserable wet day in late September of 1970 when we piled on a school bus and drove to Signal Hill, a rock which borders one side of the harbour of St. John’s. Today there are stairs and well established paths around the hill and an interpretative GeoCenter. Not so almost fifty years ago as we trekked over the hill. It was misery in the pouring rain.

Another trip on a more pleasant fall day brought us to the Manuels River, a site with fossils, such a trilobites. It was an exciting day as some of the group found the extinct spider relatives imprinted between the layers of rock. Today there is an Interpretation Center at the site.

As I watched this September group pass by, I wondered what the world has in store for each of those young people. Also, what are their dreams and aspirations?

By the middle of that first September, I had already met the young man I would marry six years later. I could never have imagined I’d be a teacher because I wanted a career in Science. A family and all it entails were not on the radar. I was focussed on the here and now. I could not see past all the work that first semester.

These faces were young and full of promise. I stopped and watched as they walked away, some talking, most walking silently as the newness of the group kept them quiet. They are just beginning.

I saw him turn out from the parking lot and walk past the group as he headed towards me. I waited for him as the bus pulled away. We exchanged smiles and walked on. 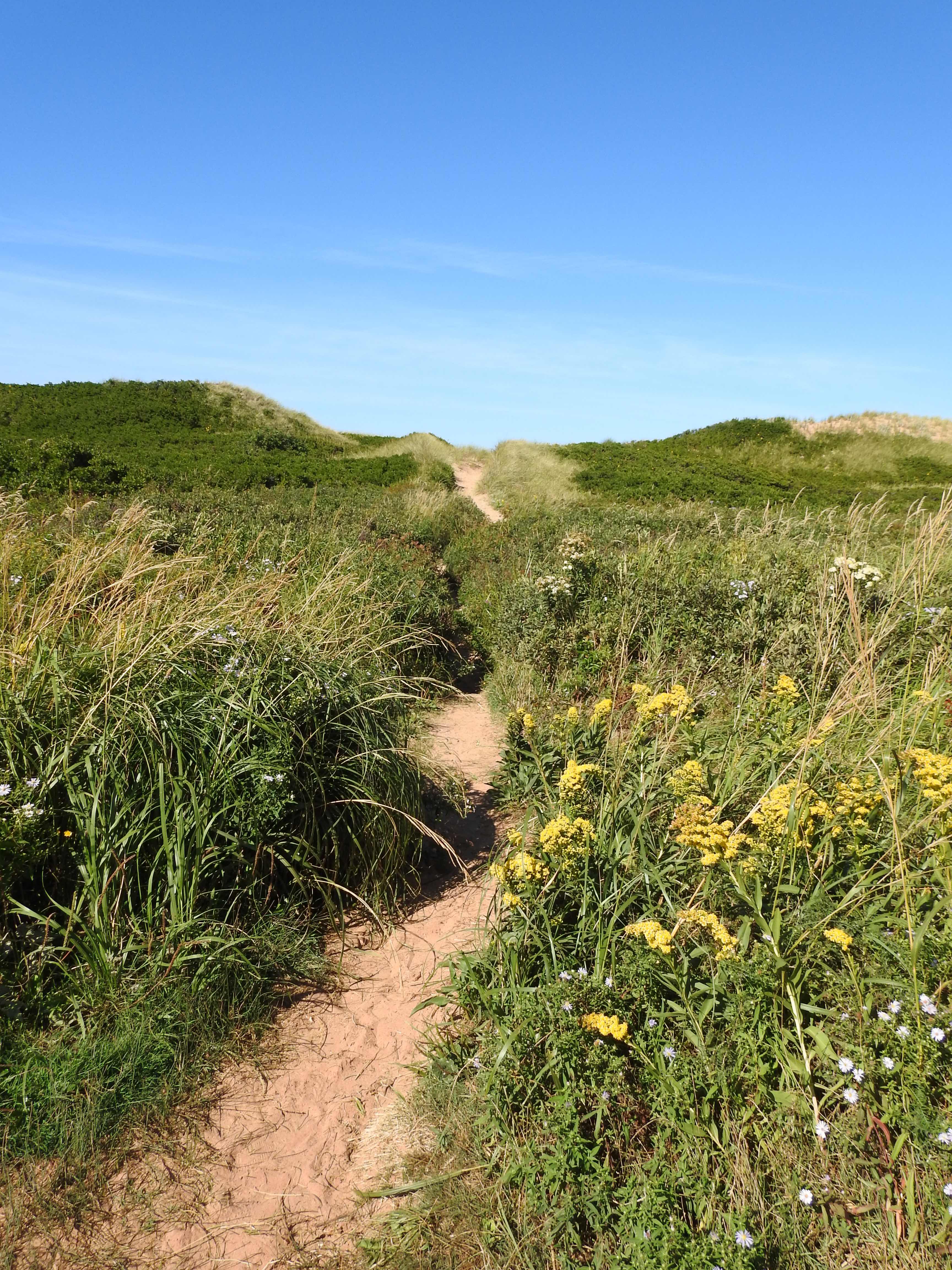 Your geology class was about a million times better than mine.

how nice that this group evoked such happy memories for you!! i hope you had a nice day, a picnic perhaps!!!

You have such a unique way of writing of past experiences. It allows me to go back into my own memories and wonder if I could write so eloquently, too. I'll have to give it a try; you have inspired me. Plus I love that picture. :-)

Lovely trek over the dune.

Wow, that last photo says it all. Thank you.

A great spot to take a class out to!

DJan nailed it for me.
I hope that bus load of students has a life as rich and fulfilling as yours, where ever their paths through the dunes takes them...

What a great place to take a class, show and tell, a learning experience. Nice memories, Marie.

Nice to see the world looking back with experience.

I love your posts and everything looks wonderful. I love your idea thanks for sharing.
หนังออนไลน์

It's a strange feeling when an incident brings back such strong memories Marie. I have a feeling there is not one minute you regret in the choices you made ✨

It's amazing to be transported back in time by a chance encounter like this, isn't it? It doesn't seem like as many years have gone by as actually HAVE gone by ...

It was a great course, AC.

That path was the best one ever, Joanne,

I loved that path, Mage, almost closed in in some areas, clear sailing in others. Like life!

It is a great dunes with some of the high dunes we’ve seen, William.

I wish them the best too, EC.

Seeing the group was like looking at my own class all those years ago. I could picture myself there, Tabor.

I don’t have regrets, Grace. I learned so much from each choice!

It was like being transported through time. I felt like that teenager again for a few minutes, Jenny.