Muskrats have been in residence in the saltwater marsh, now pond, along the boardwalk for a number of years. Over that time, we have seen young and old enjoying life in the area. The latest two are small compared to some of the adults we’ve seen there. 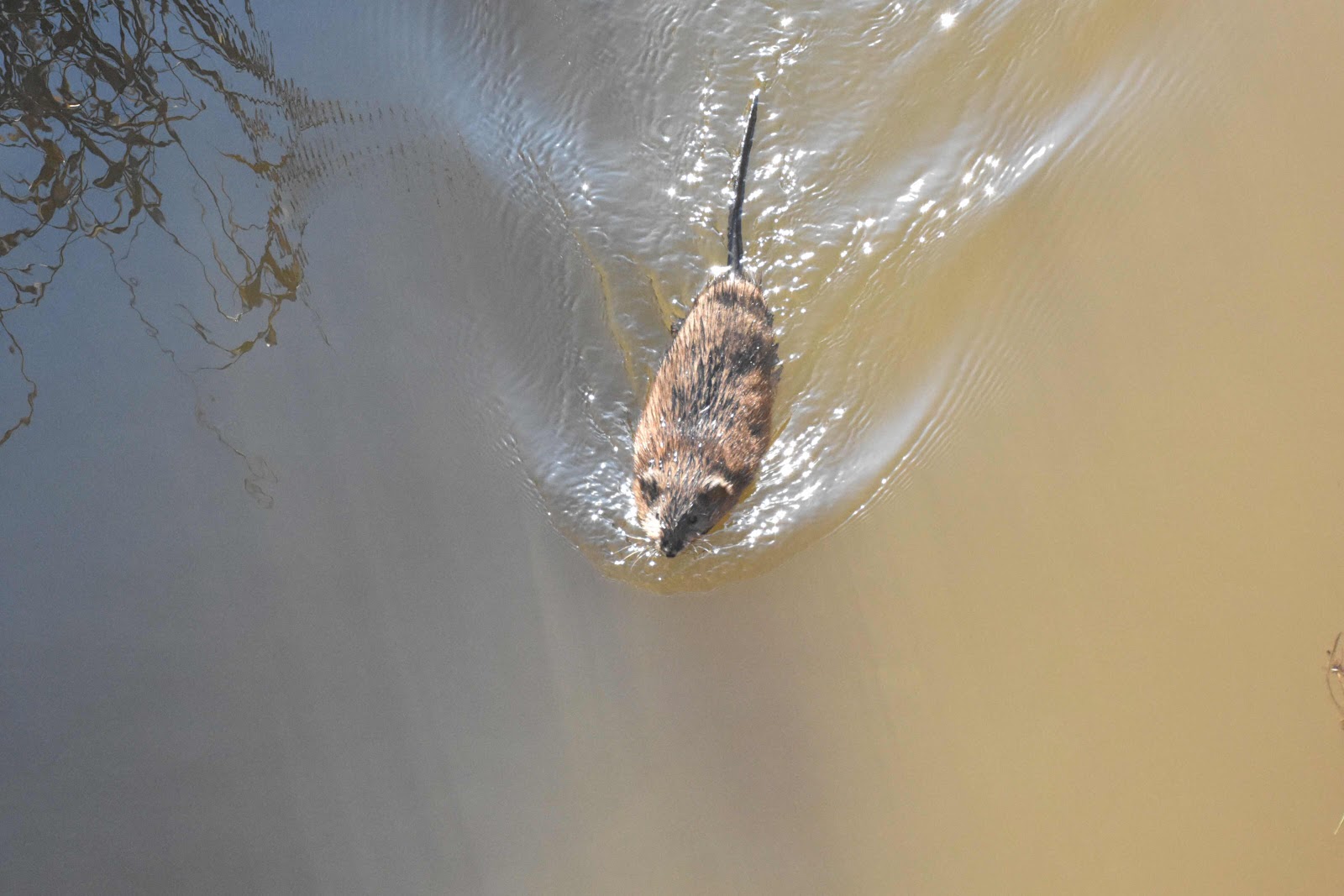 The American Black Ducks which live in the area have a curious relationship with the muskrats. They co-exist, keeping their distance usually but sometimes it looks like they chase each other, as if they are playing. They don’t mind being in the same area together but the muskrats scare the ducks when they suddenly dip underwater. 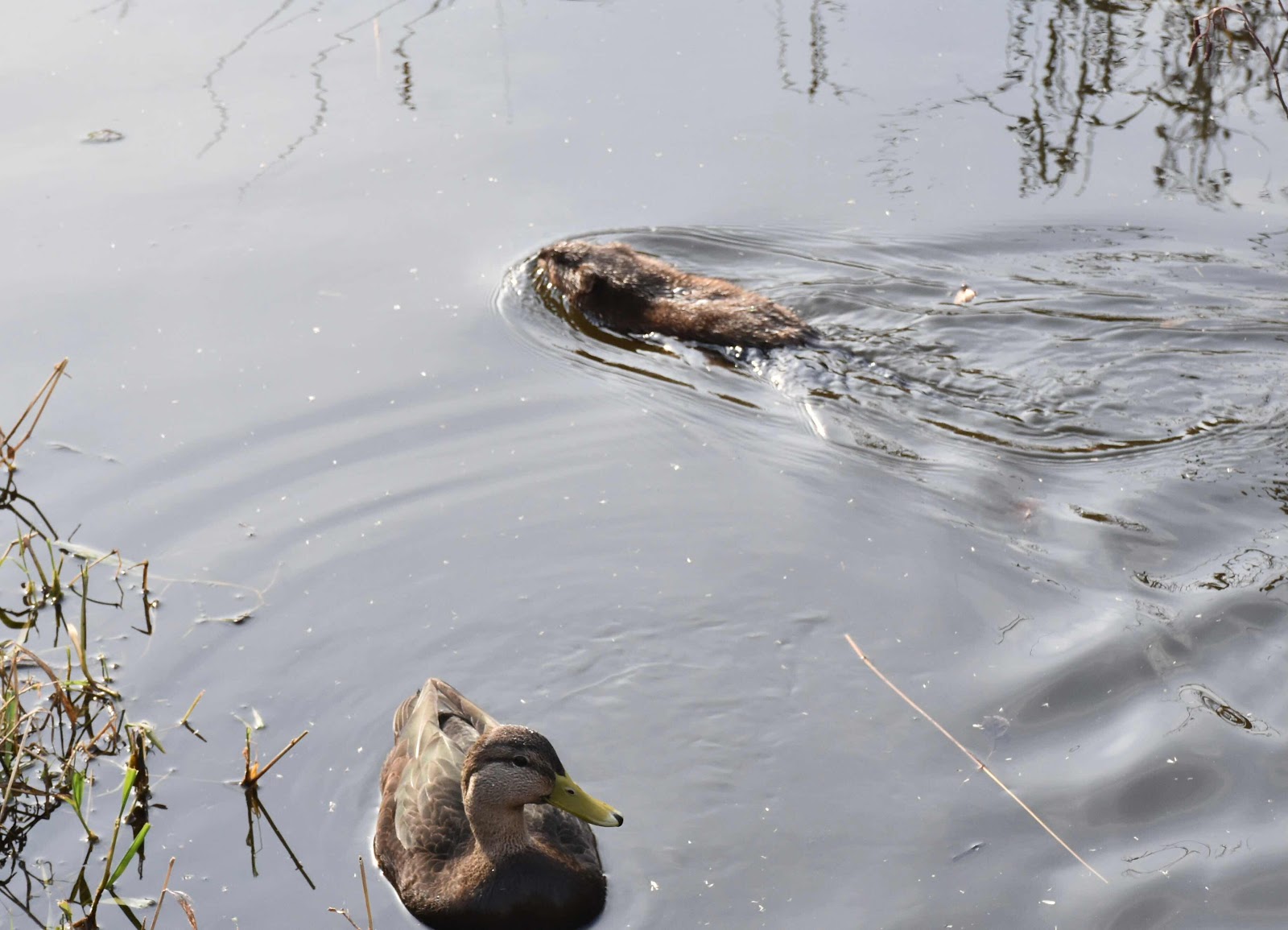 Recently, a diving muskrat scared a duck which took off and flew downstream. 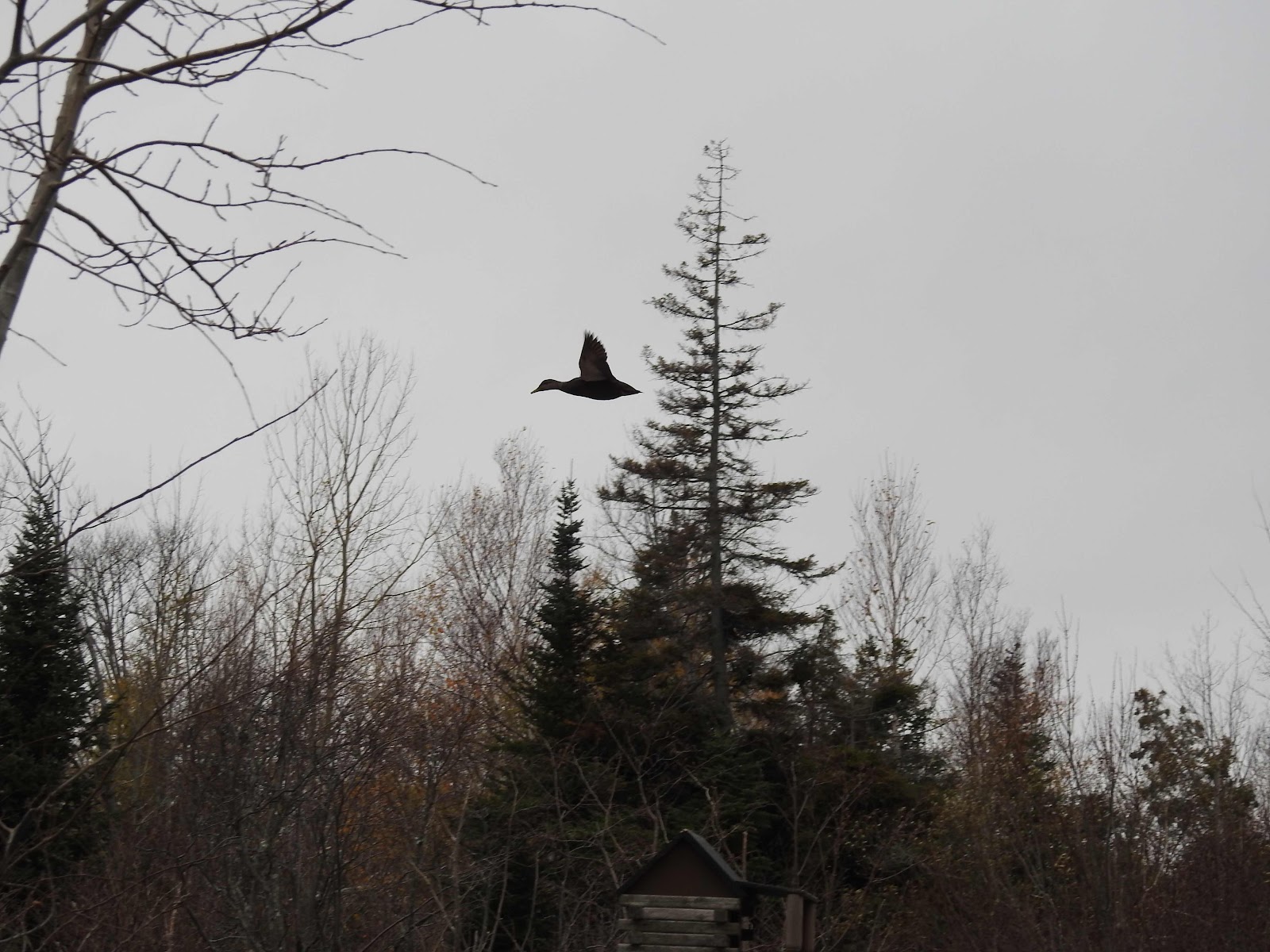 November was a windy month, but on a few calm days, Cedar Waxwings visited the boardwalk. There were high in the trees and it was impossible to get good photos. They are such pretty birds and aren’t commonly seen along the boardwalk though we have seen them occasionally. 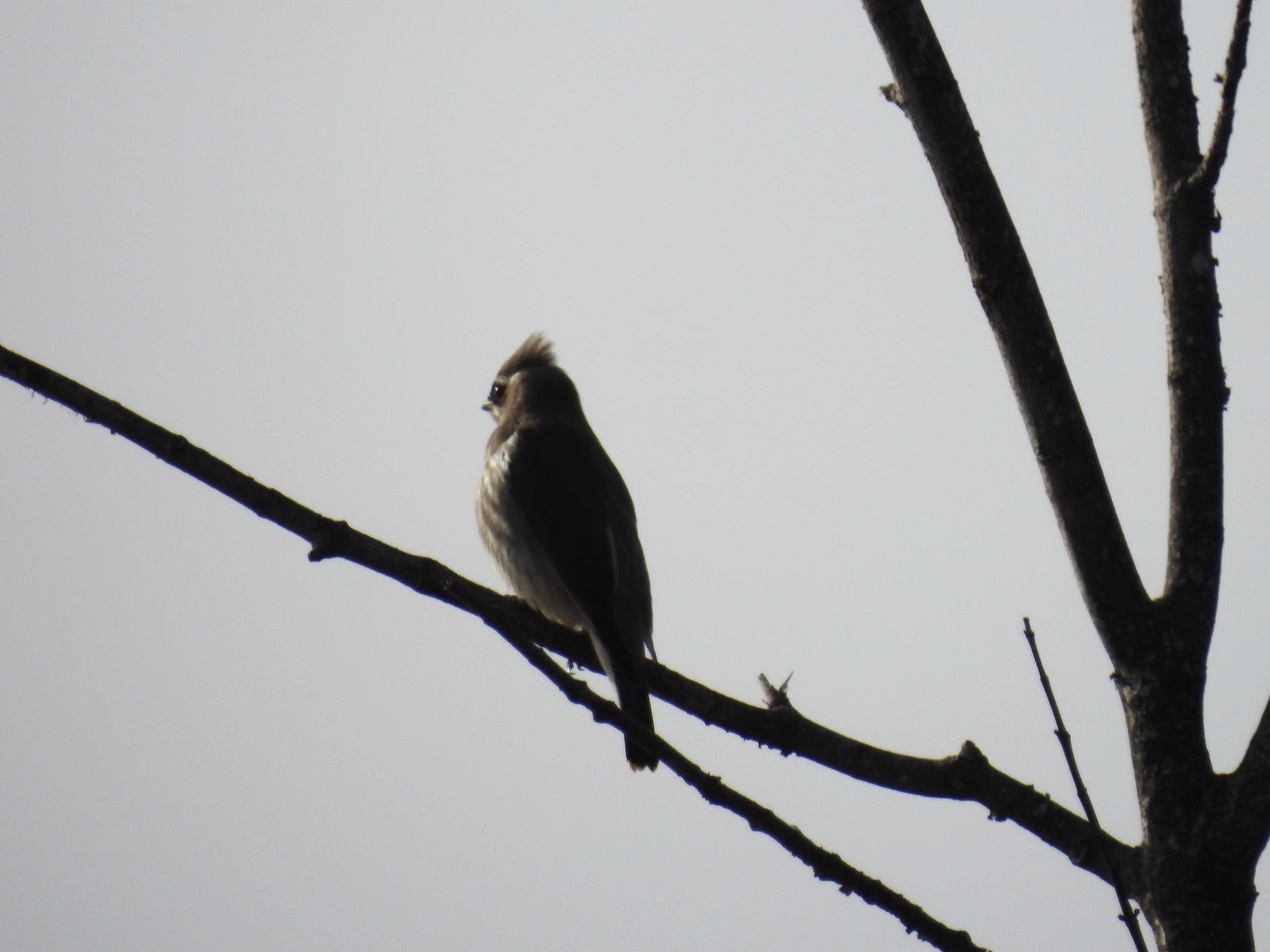 We often see Downy and Hairy Woodpeckers there, spring and winter most commonly. This little one was drilling away on a tree recently. We will see more of them over the next few months I expect. 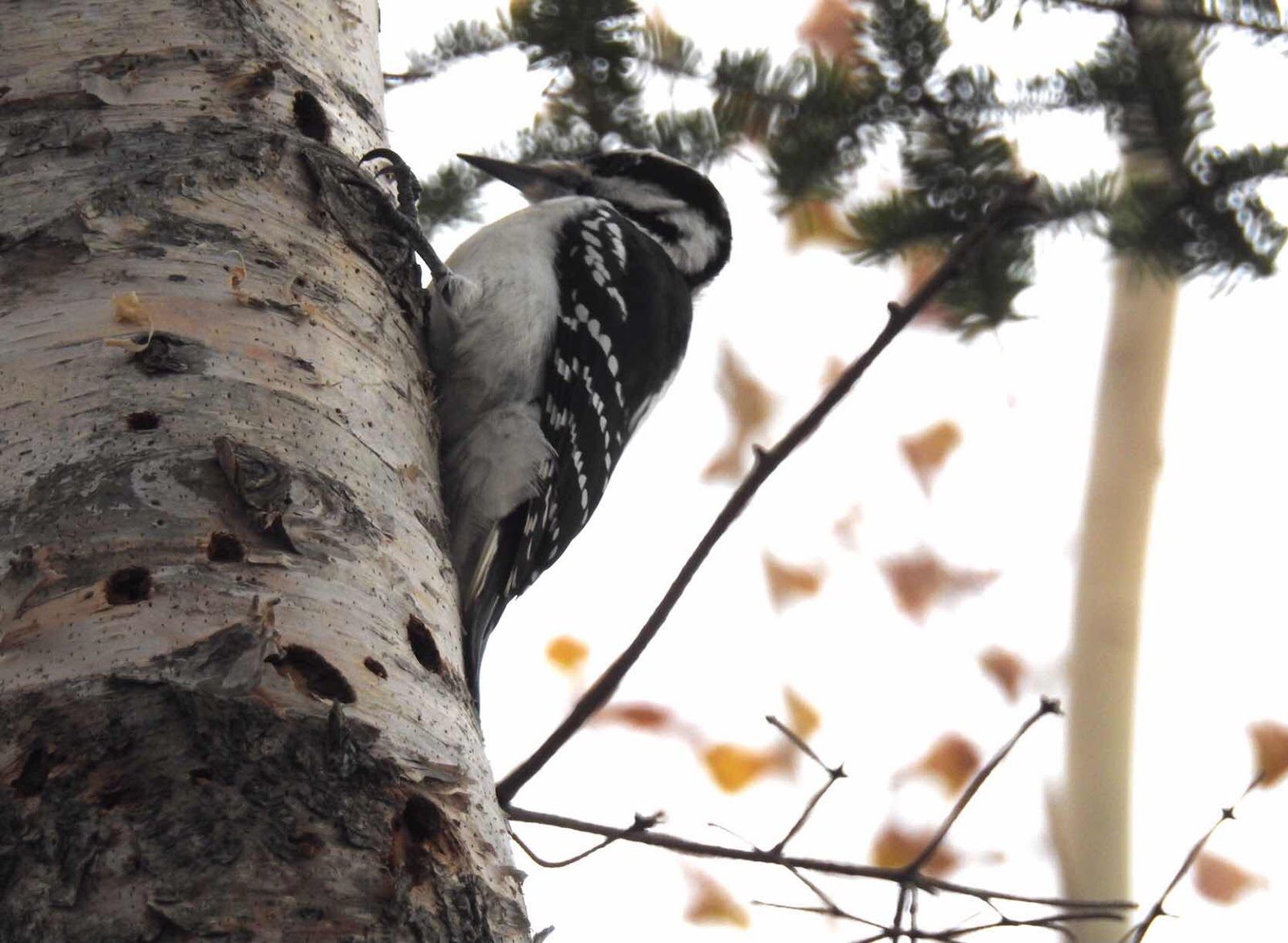 The other animals I always enjoy are the gulls. This young one was on his own on the beach recently. The markings on the young birds are so different from the adults. 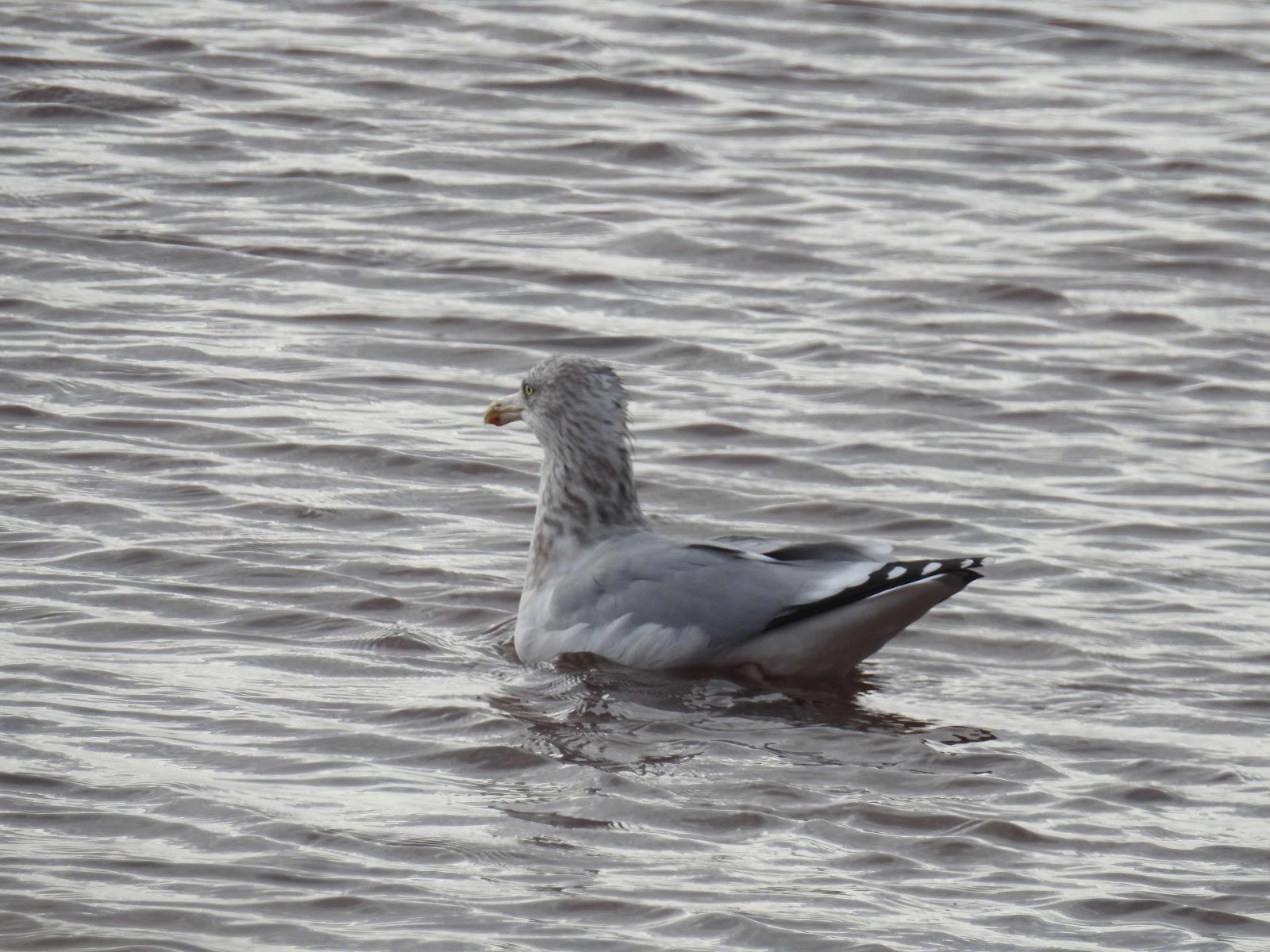 On an extremely windy day, when we were the only people on the boardwalk, we watched this lone gull playing on the currents of air along the shoreline. 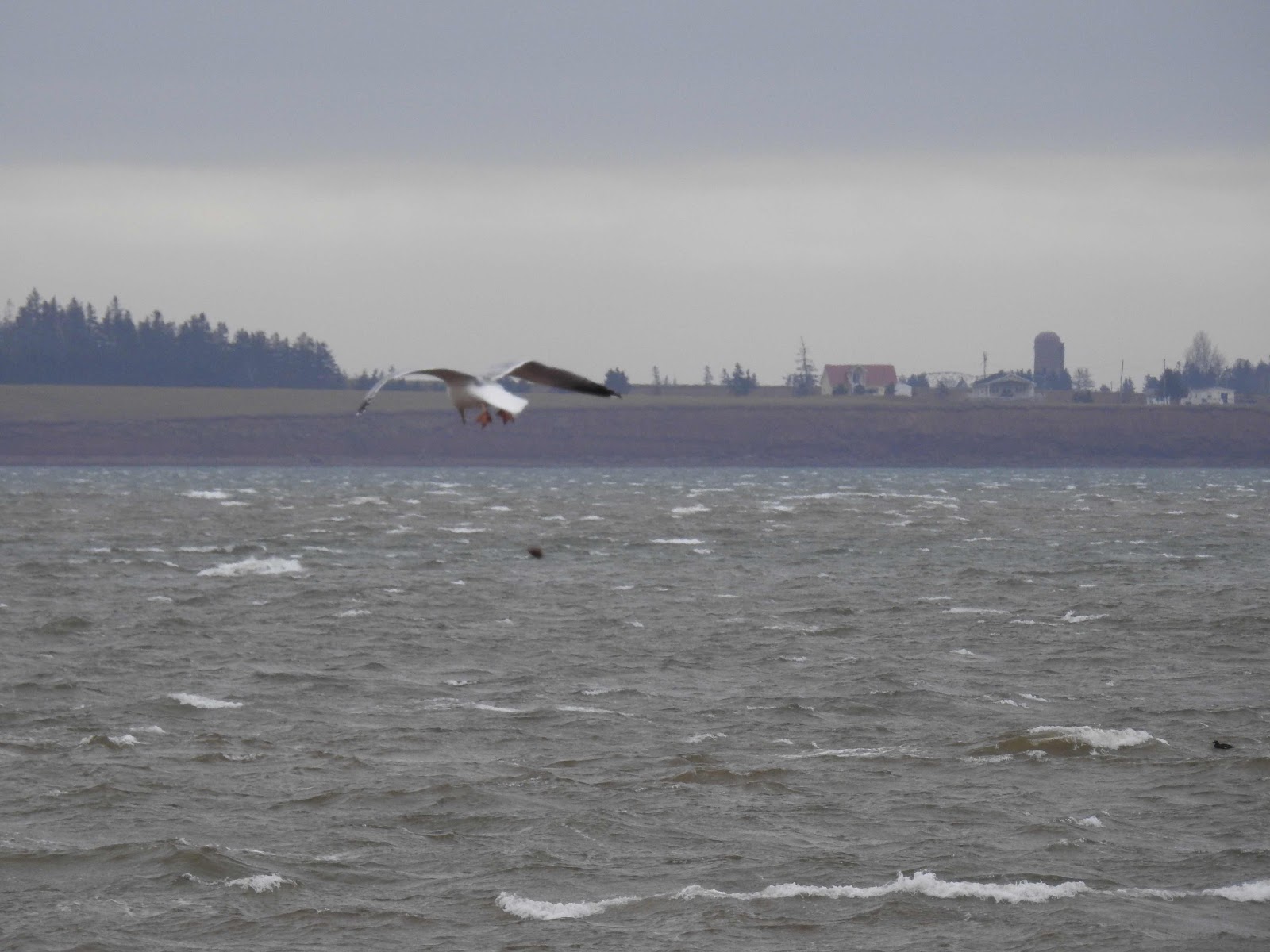 In the hour we walked there, that same gull continued to float on the air currents over a stretch of shoreline. Pure enjoyment looked to be the only motivation.

Humankind underestimates the creatures we share this planet with.

I am not sure, thismorning, if I have ever seen a muskrat.

Anyone who's ever seen otters sliding down a slope knows that animals know how to play! Its lovely to see. We have muskrats in local marshes but because of the grasses and reeds it's hard to see them.

I agree, we do underestimate them. I love all your pictures and am glad to see such a variety in your environment. :-)

Always so much to see on your boardwalk trips Marie. I was curious about the muscrat, as to what they eat etc. Mainly herbivores but can eat frogs and small birds if hungry, maybe the ducks were nervous?

Wow, a lot of wonderful captures. I so love to see all the birds.

The muskrat looks pretty cute. It sure looks cold and windy out there Marie. Stay bundled up and warm!

I am endlessly grateful for your observant eye, quick camera and the wonders you share. Thank you.

awesome captures, the image of the woodpecker is exceptional!!!

Nice series of photos. The woodpecker is my favorite.

You see so many wonderful animals on your walks that I will never see. I often hear a woodpecker but seldom do I see one as for muskrats and gulls they just do not exist near us. Such fun though to see animals playing. Humans need to appreciate the animals we share this planet with, soon they will not be here the way the hunters and poachers behave.
Keep well, Diane

Animals and birds can be so entertaining . i have a fascination with Gulls as well, but don't have very many pictures. Hmmm....maybe something to strive for next summer.

I so enjoy your Nature photos. The hovering gull on the choppy water is lovely...chilly but lovely.
I love the wind tussling the waxwing's tuft.
Sue

These are great photos. So fun to see what lives where you live.

This sounds like a rich habitat and yes there is competition.

That woodpecker is beautiful.

Beautiful photos. The gull on the air currents, almost feels like a nap in flight. :)

I do enjoy all the wildlife, you do see a great variety there. The muskrat is kind of cute. Love the woodpecker. Take care, have a happy day!

such a sweet comment you left for me, i am very happy we met!!

"Humankind underestimates the creatures we share this planet with." So true. Marie, your enlightened outlook on life is wonderful. Thank you for sharing your thoughts and photos.

Animals are fascinating to observe. I've never seen a muskrat. In July when I was in New York, I saw what I thought was a gigantic squirrel. It was actually a groundhog. Never seen one of those either. I guess we have different wild critters.

I don't think I've ever seen a muskrat, how wonderful to watch all the animals in their environment and enjoy each one. You share such lovely pictures and thoughts!

Wildlife never fails to provide the finest of entertainment, does it?

It is fun to see what you will have for us and today is especially wonderful. I love to see the animals and birds that you capture. I have a suet feeder outside my window and woodpeckers of all sizes come to eat there. I live in the mountains and we have groundhogs but no muskrats that I know of. But I have seen seagulls on our lake although we are far, far away from the ocean. Thanks for sharing.

David is right. Wildlife does entertain us and help us trough this surreal times...

Lots of nature in your neck of the woods. I love the marking on the woodpecker! And I don't think I've ever actually seen a muskrat - and I had no idea they swim!

what a treat to soul dear Marie :)

these are MAGNIFICENT images as always !!!!!

Another wonderful post Marie. I so love the variety of subject matter you choose to write about.