Sylvia, my mother-in-law, is a widow, having lost her husband of almost sixty-three years just two years ago. The Smiths lived in Corner Brook, Newfoundland but after Melvin died, Sylvia moved to Summerside, Prince Edward Island. Tomorrow, she is returning to her original island home, having spent the last two years on Prince Edward Island, living near family. Though we will miss her, Sylvia takes with her our love and best wishes for a happy return to Corner Brook.
This poem is for Sylvia's great granddaughters, Sylvie and Caitlin.
Great Grandmother Smith
Part 1
My great gran is Sylvia
And she loved to garden.
She set the seeds,
Then she let the plants harden. 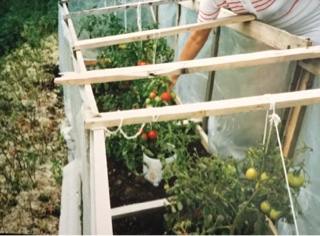 Where she lived with her brothers
Carl and Dick-oh so tall.
Classie was her mother
And she did a lot,
Like sew, knit and crochet
And cook in a pot.
Richard her father
Was good with amounts.
Like our father Ben
He could keep the accounts. 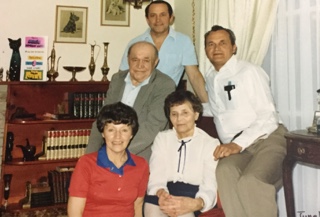 Front: Sylvia, Classie, Richard Sr. and Jr., Carl
Part 2
Sylvia met Melvin who worked on a boat.
When they got married he gave up the float 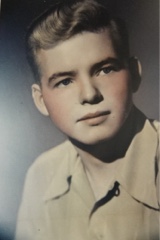 Melvin Smith
To work at the mill where he worked night and day
Carrying baskets of leftovers away. 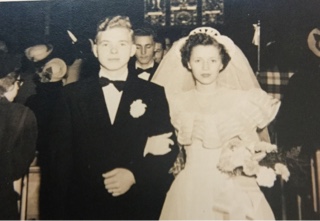 Melvin and Sylvia
They had lots of friends and often played cards,
The children were happy and played in the yards. For sixty years they both enjoyed life,
Stories and jokes, they all kept away strife. 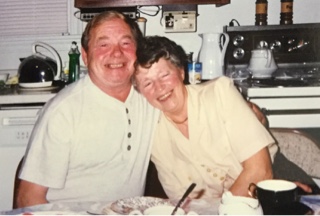 Then Melvin was gone and life it was tough.
Sylvia decided that she'd had enough.
Another isle called her away from the bay,
With family and new friends for two years did stay. 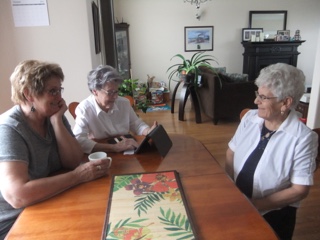 Eleanor, Sylvia and Angéle
Now as she moves back to her true home
Sylvia's happy n'er more to roam.
Her family wishes her all the best
As she settles back into her Corner Brook nest.
Marie Pretty Smith 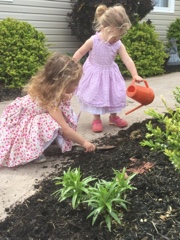 Will they grow tomatoes too?
Posted by Marie Smith at 14:49

Well said Marie.You told it well with words and pictures.

You write a good story

Thank you for visiting.