The day after the last storm, the birds were active. The blue jays were numerous, dozens of them flew around, called out to each other and anyone who would listen. 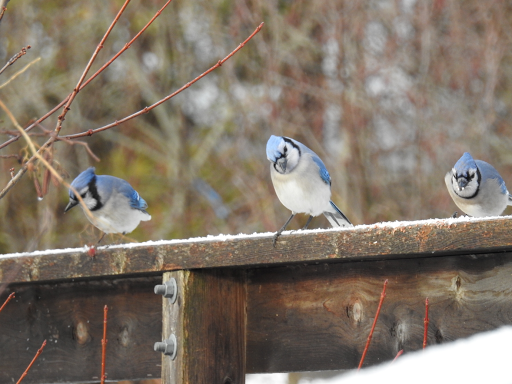 Unseen chickadees called out too, in their distinctive voices. Crows were high in the trees, in conversation with each other and voicing their distinctive, "Caw." A bit further on, a murder sat watching the scene. 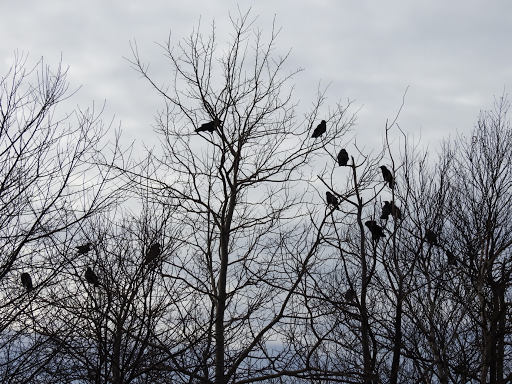 The trees along the boardwalk show a great deal of damage. 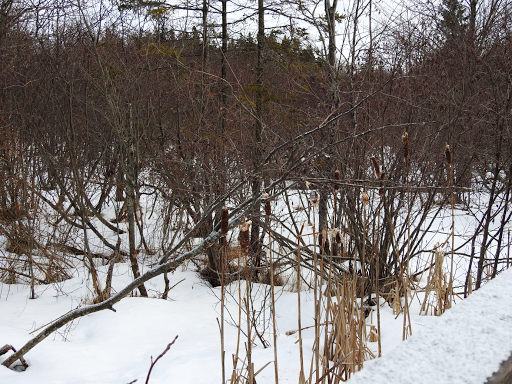 This year, several storms have devastated the greenbelt. 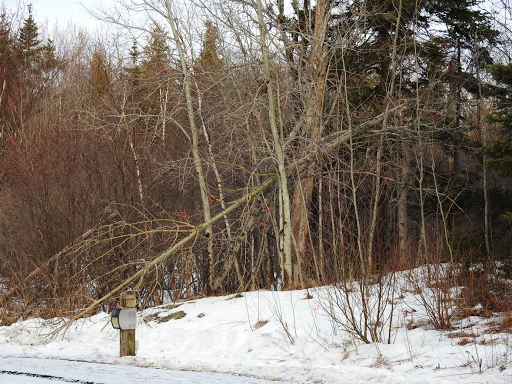 The latest storm added to the destruction. Were the birds alarmed about their habitat? We are. 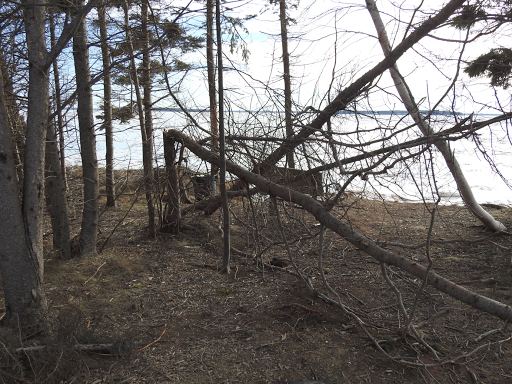 They may have been hungry after a day of sheltering against the bad weather. Did hunger precipitate the noise and flurry of activity? 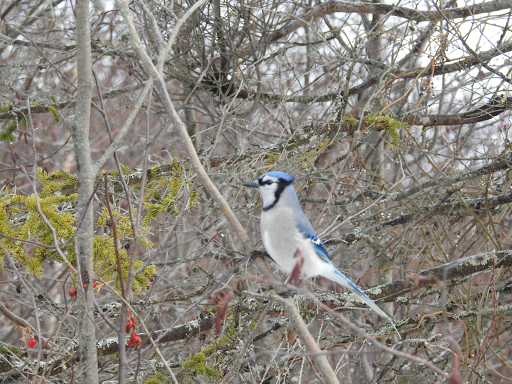 My husband had a discussion with a wildlife photographer while we were there. He said there are weasels, ermine and a den of foxes in the area. They may have been hunting after the storm, stirring up the birds.
Whatever the reason, it sounded as if the birds along the boardwalk worked together to send out an alarm. It's too bad we hear them but don't listen.
Posted by Marie Smith at 04:07

Wow! Your photos show how the storms were huge.
Winter is a cruel time for birds. It is admirable that they greatly survive their hard time.

Here, I mean. Thought you were someone local at first. We are perhaps expecting an ice storm tomorrow.

It also amazes me that birds fare as well as they do in winter. I wonder where the phrase "murder of crows" came from in the first place. It always makes me pause to think. Love your pretty jays. :-)

A flock of blue jays. We never get more than 3 here. Birds do shelter closer to feeders during the storms as if knowing their challenges are going to be bigger.

I miss seeing blue jays, so far none here. What has surprised me is the great number of robins that are over-wintering. You can see something about the climate change in the new regulars.

I enjoy seeing blue jays....they are so large and hop around and quickly take away their food! They are mean to the other birds though! Mostly I see crows (and yes, the cawing) and chickadees so far here. My husband was just saying that soon we will be seeing more. I read that when bad hurricanes come, some birds are almost (their lines for the areas) wiped out! Andrea

They are surprisingly hardy creatures, Tomoko.

There were so many jays that day, Jan. I've never seen so many!

There were a lot that day, Tabor. I'd never seen that many in one place.

The erosion of the shoreline is a sign of climate change here, Celia

These birds were alarmed about something that day, Andrea. I can only speculate what alarmed them.

I think you'll find with jays the if one finds a food source he shares the info loudly with any relatives within hearing distance. It's fun to figure out what various calls mean and I've learned to recognize when a cat or hawk is around our backyard. The alarm call often starts with the squirrels and the birds join in - good buddy system.

Great photos. We had two of these big boys in our yard today.

I always wonder what birds and animals see, hear, and talk about that we can't understand. Beautiful pictures!

Great observation. I'll take notice. I guess I'm not there long enough though at any one time, Judith.

Love those jays even though they are bullies.

Me too. We can only imagine, SUI.

You might enjoy a book by Maine ornithologist Bernd Heindrich, One Bird at a Time. fun chapters on birds in your neck of the woods.

I will order it! Thanks, SS.

Our back yard is quiet this morning. Booo on the bullies.