On a recent visit to the beach on the north shore of Prince Edward Island, we decided to have lunch at Dalvay-by the Sea instead of our usual picnic. Dalvay draws us once a year into its late 19th century charm. It conjures up images of Downtown Abby-like characters walking down the stairs, fans in hand, hats on, ready to take tea in the garden. 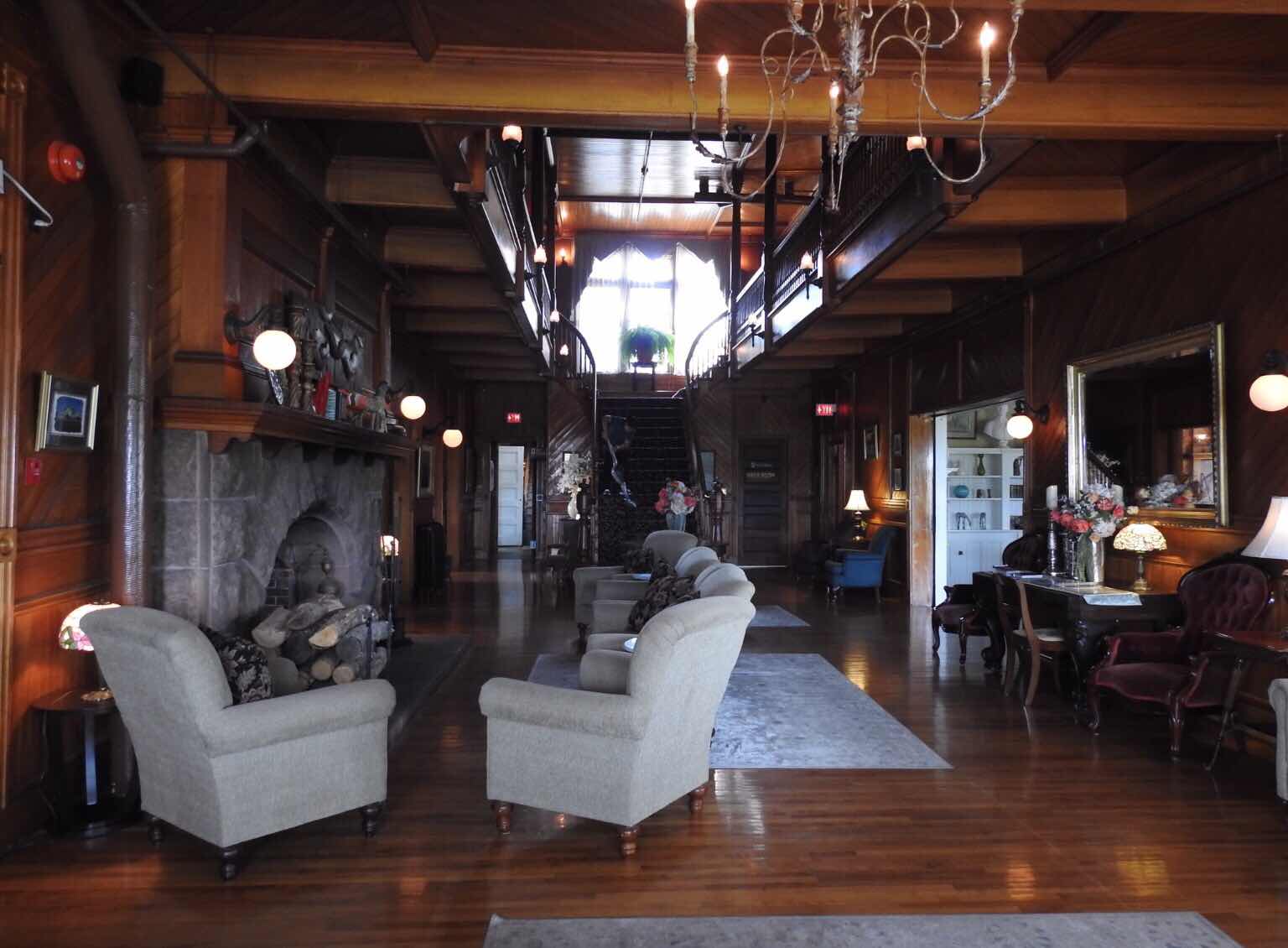 Dalvay is in the National Park along the central north shore of Prince Edward Island. It was built in 1895 by a Scottish American industrialist, Alexander McDonald. 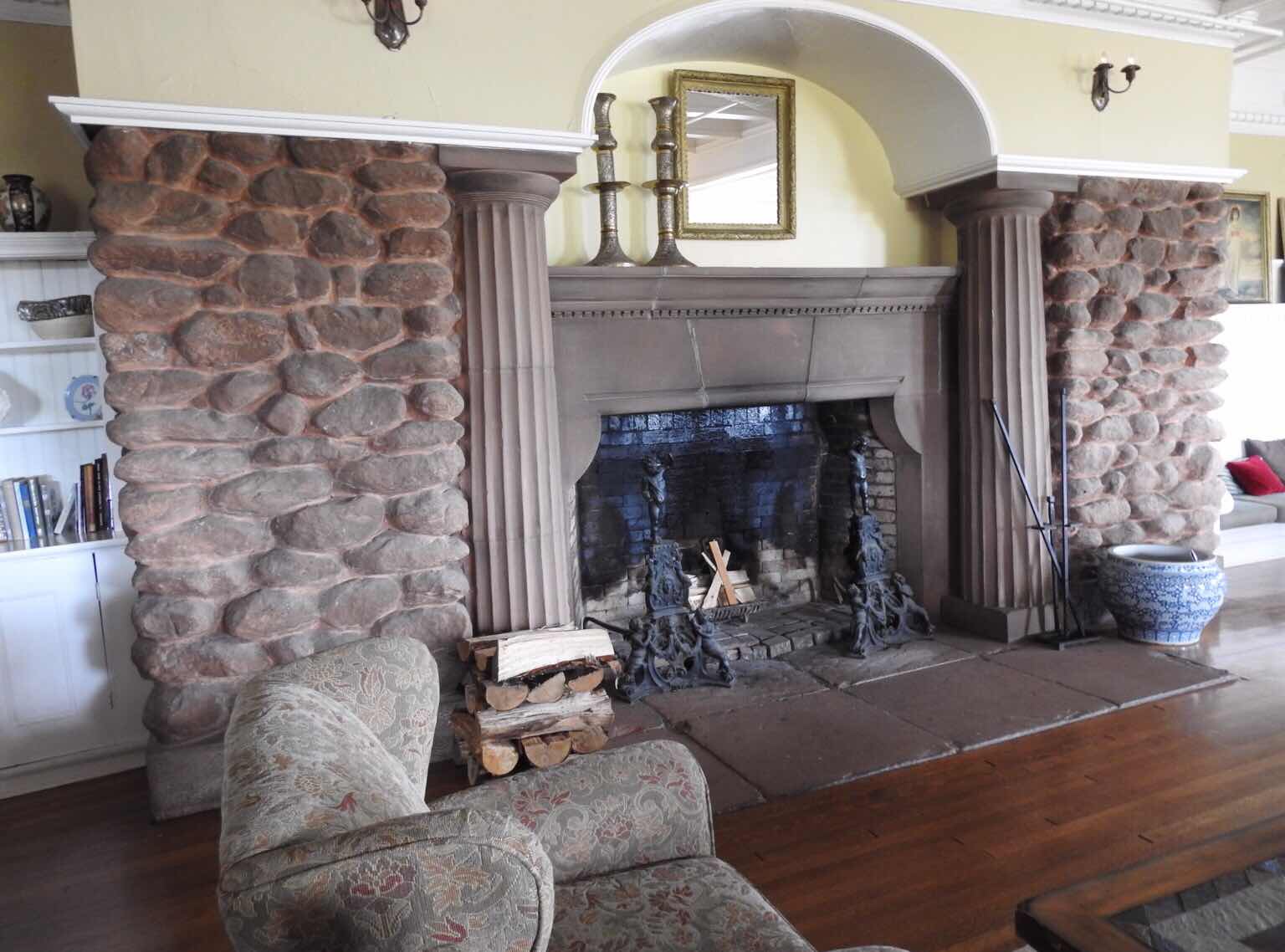 He named it Dalvay-by-the-Sea after his Scottish home and brought his family there every summer. 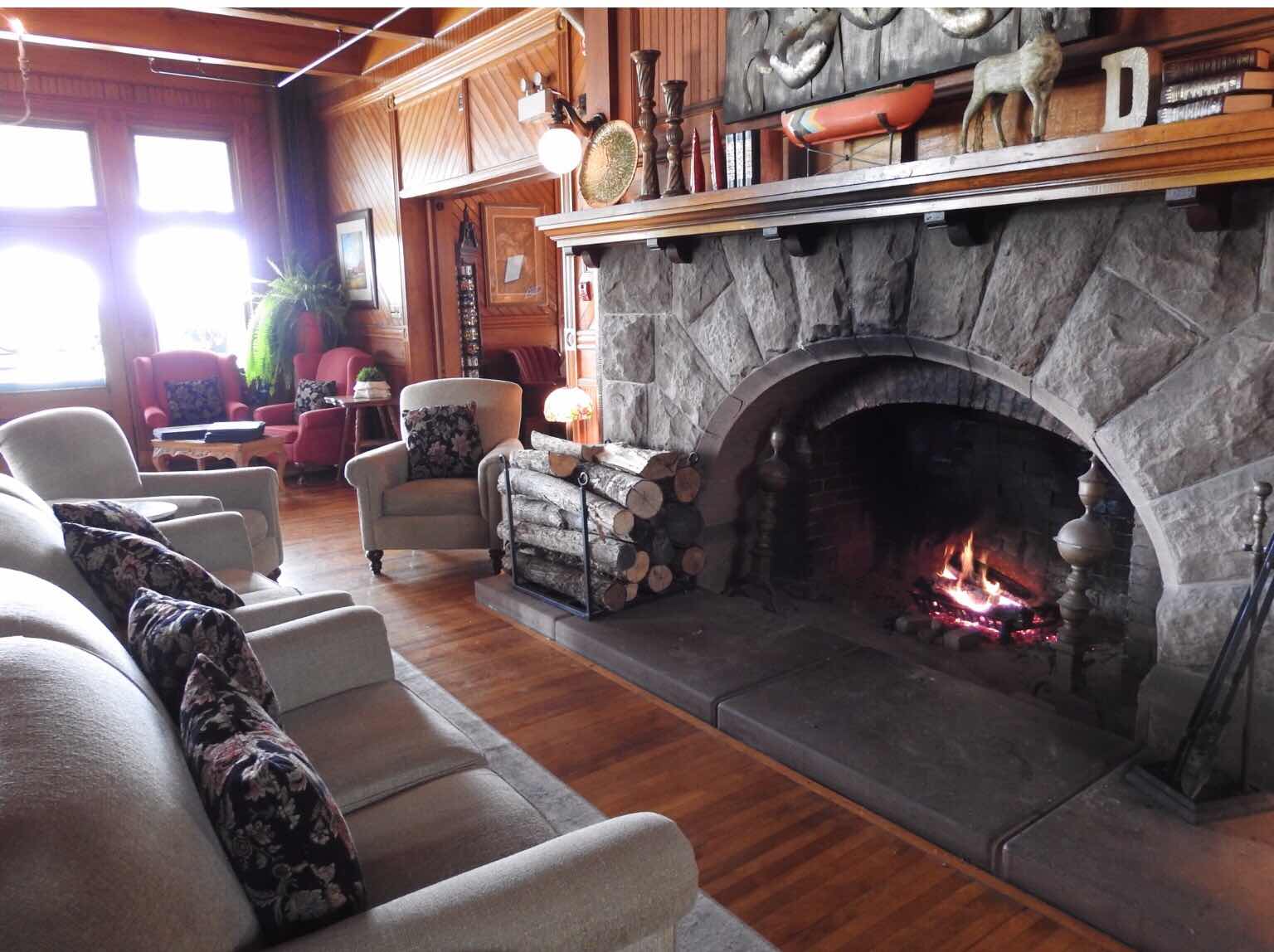 Eventually it passed out of the family’s hands when their fortunes changed. After a number of owners, it was sold to the federal government around 1940 as part of the National Park. The hotel is beautifully maintained on the shores of Dalvay Lake, across the road from a spectacular beach.

The dining room, which attracts us, has great food. It is famous for its sticky date pudding, which we tried the last time we visited. This year, my husband tried the chocolate mousse which he enjoyed just as much. 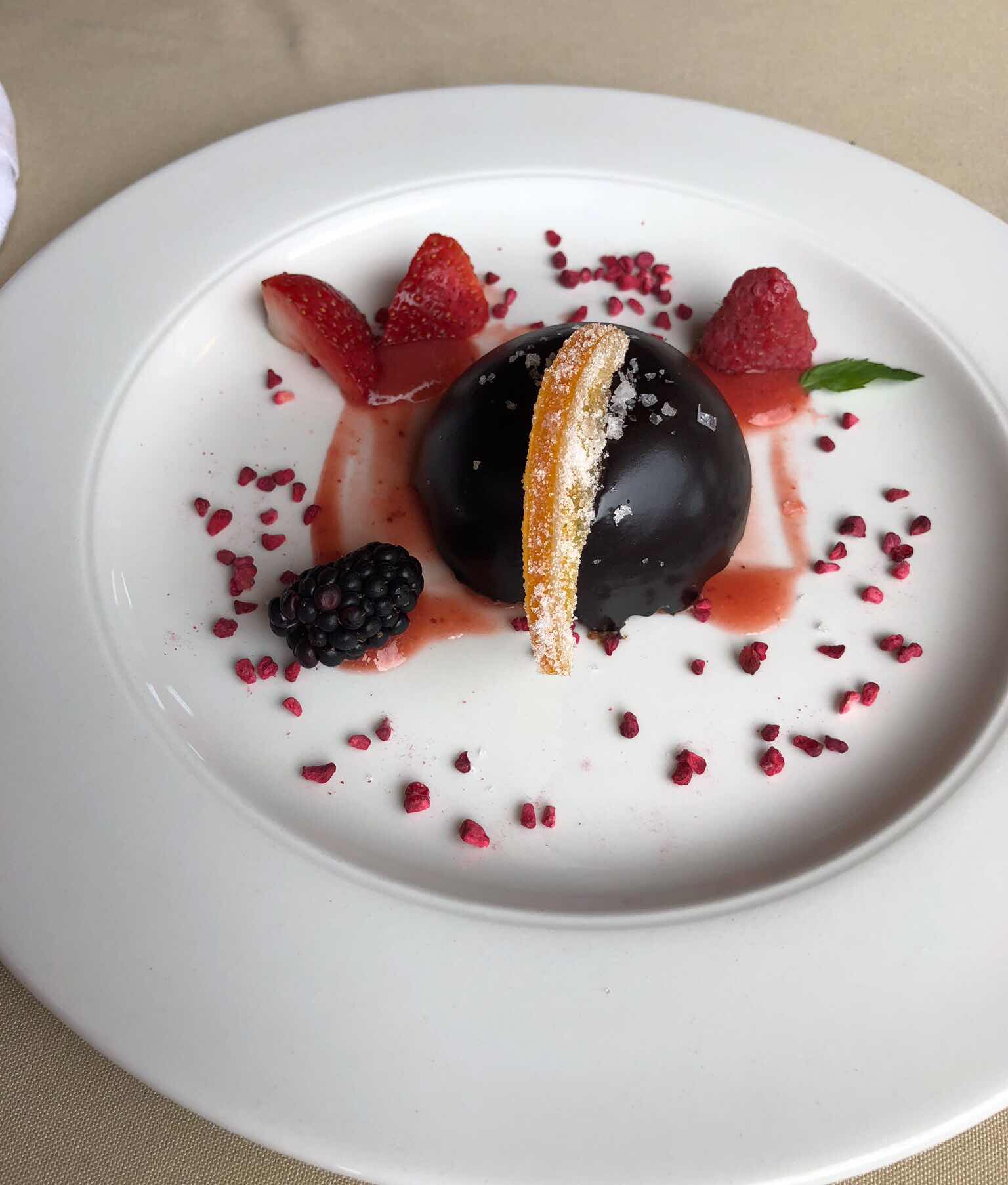 The semi-circular shaped restaurant has great views of Dalvay Lake and the gardens.

The lake is frequented by Canada geese. The spacious lawn has lots of seating and the geese conversations are the only sound breaking the quiet. 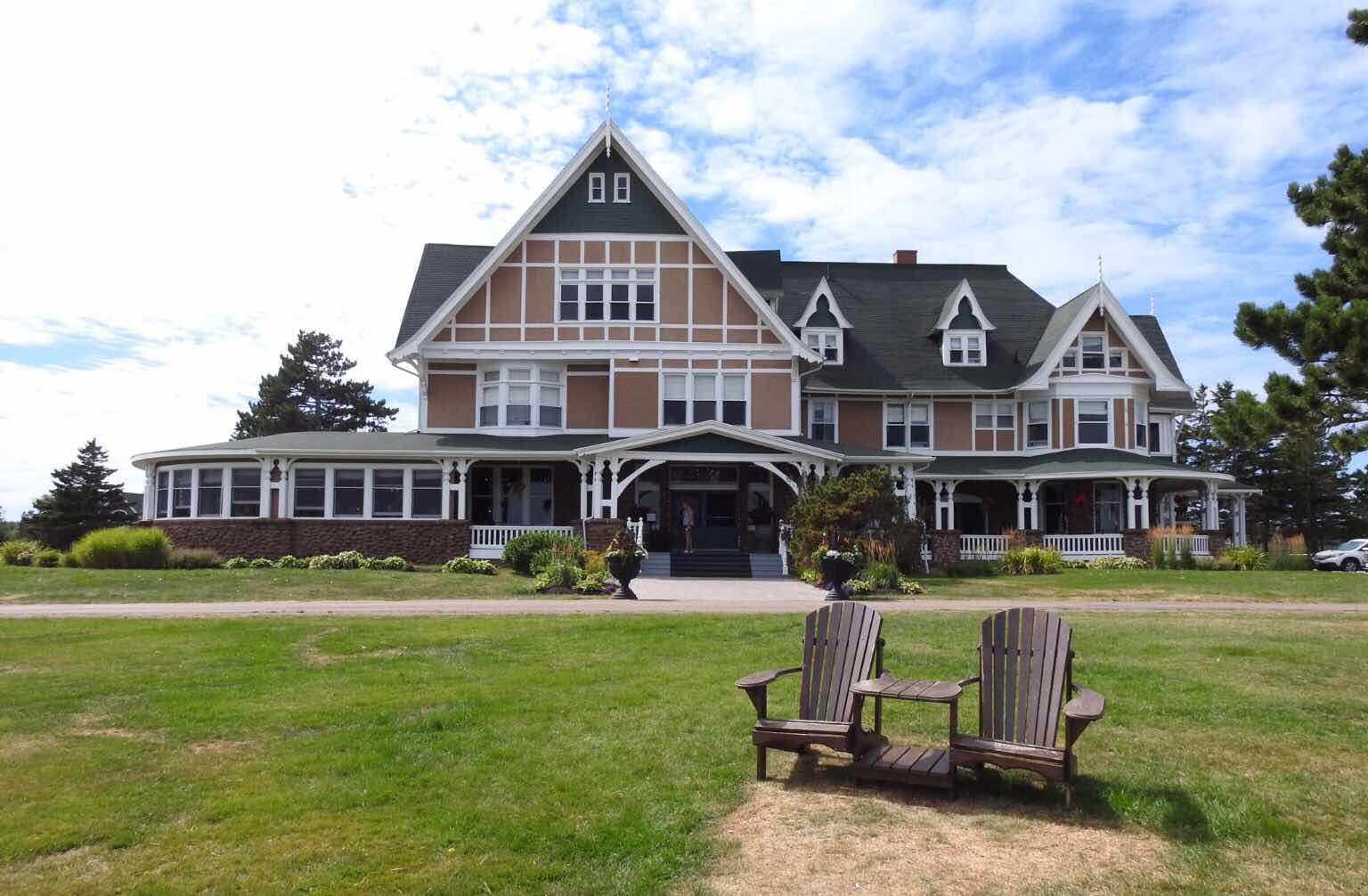 Across the road, a beach invites footprints. 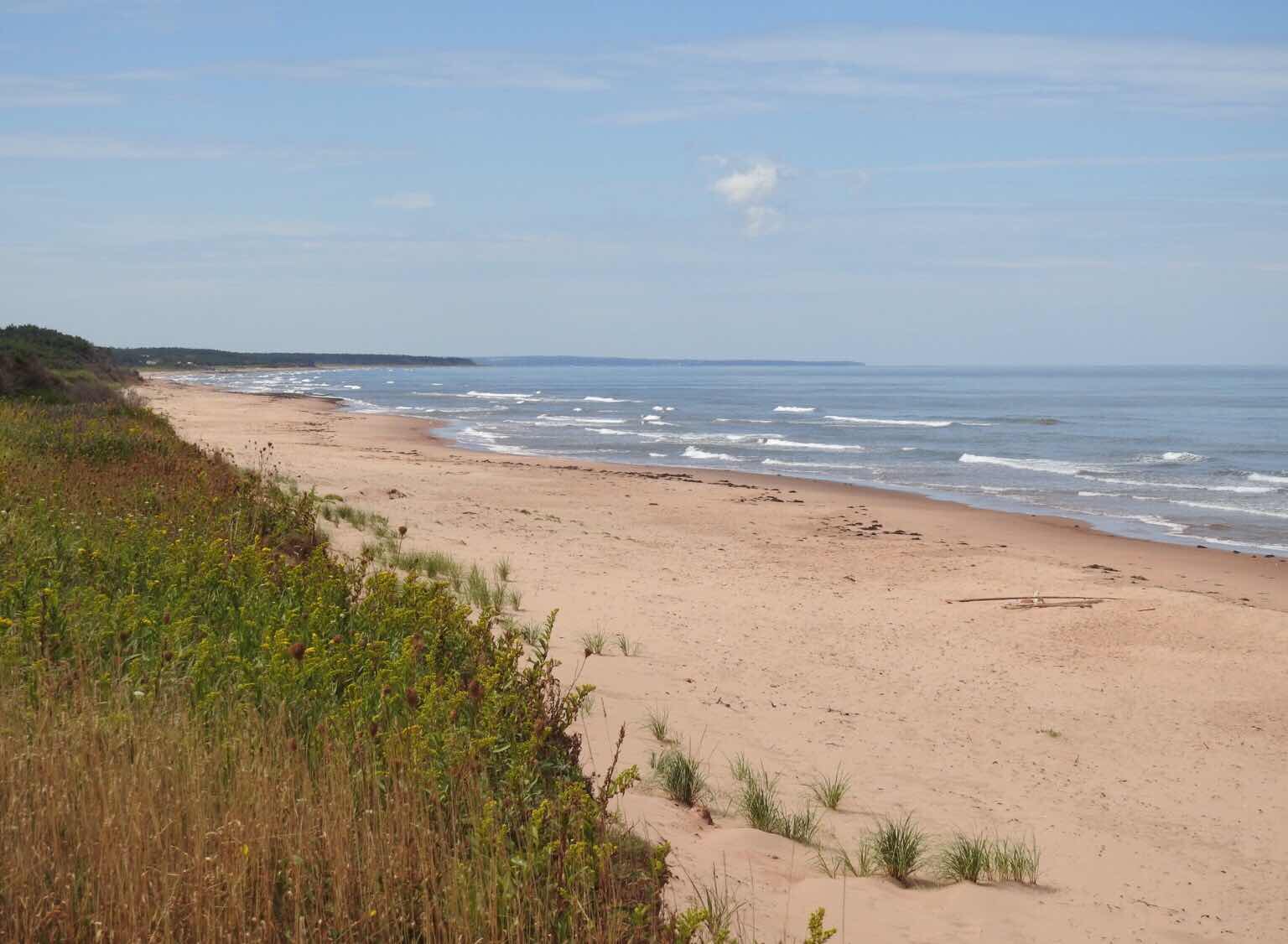 One can walk for kilometers and depending on the time of year, not meet another soul. 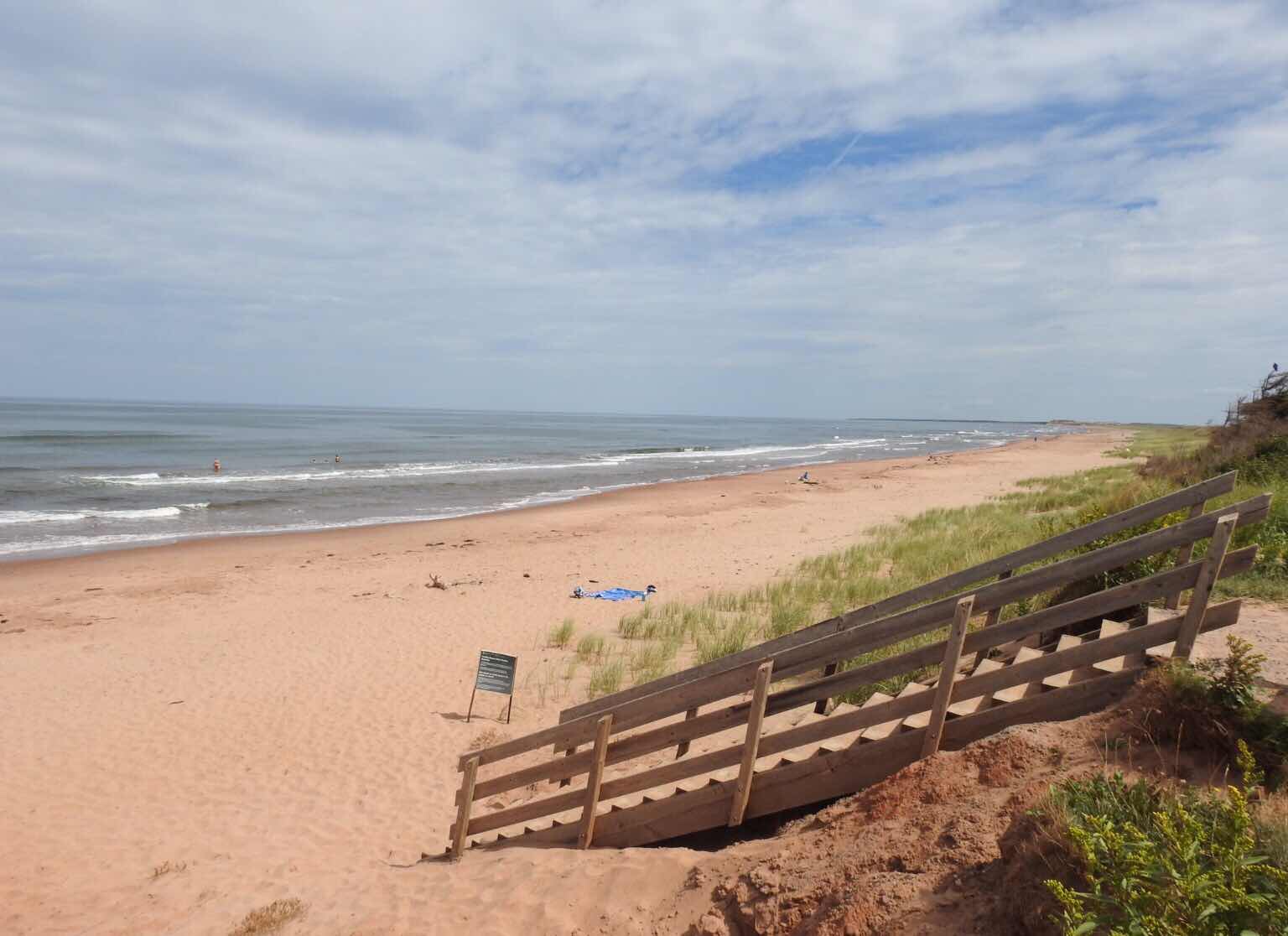 This same beach belonged to the McDonalds a century ago. Today it is available to everyone. 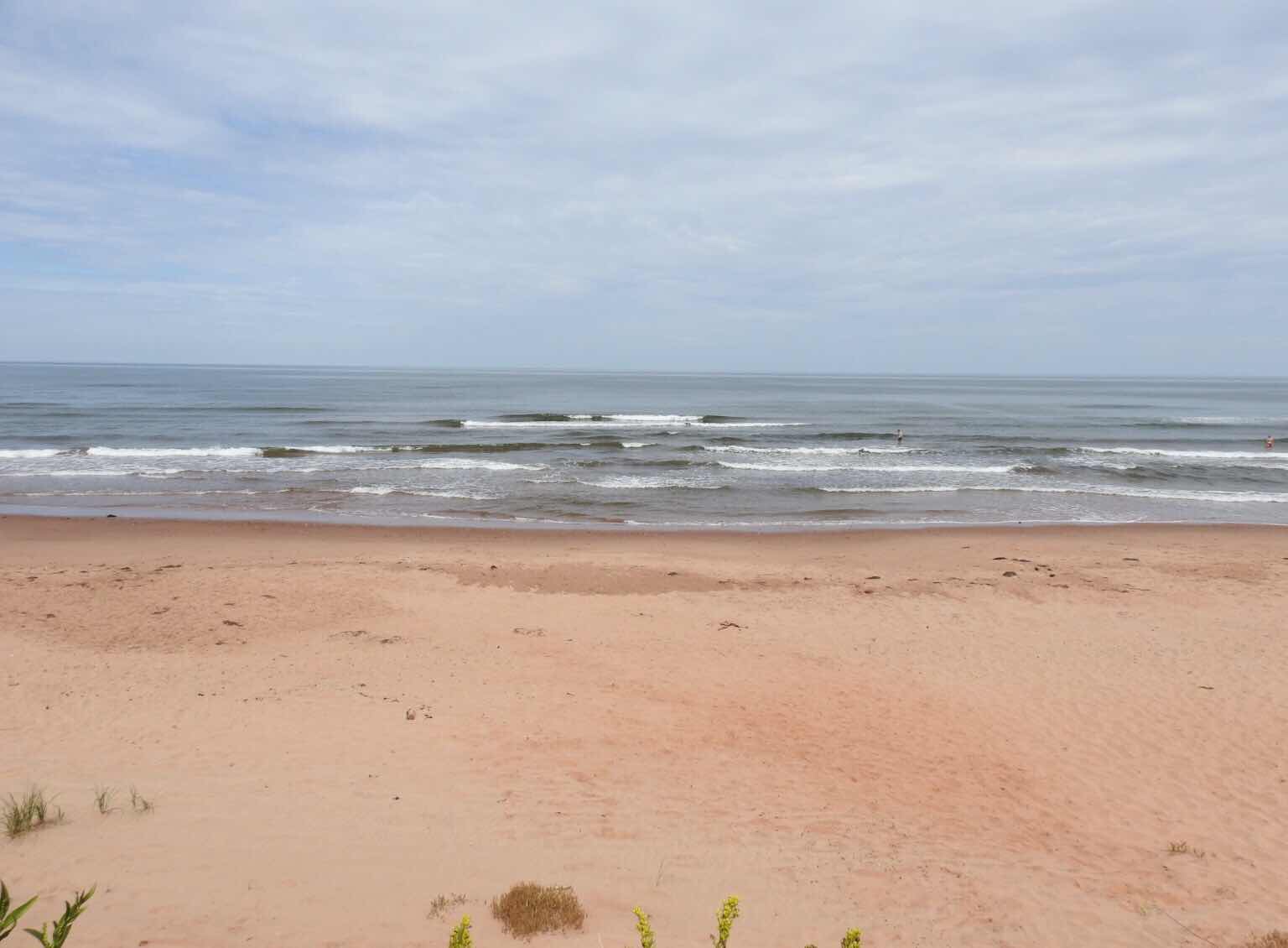 What a beautiful place in a lovely area. Hope all is well. I am slowly trying to catch up. Diane

Oh, I simply love this place, Marie. It's so beautiful and serene, and it looks like not another soul is around to enjoy it! Thank you for sharing it with me. :-)

Such a gorgeous place!

It's a beautiful place. I love being on a beach when it's mostly deserted like that.

The outside of the building doesn't look very Scottish, but those huge stone fireplaces are just right for the Highlands. Great to see a deserted beach.

Quite a beautiful place to visit!

Those river rock fireplaces are amazing! Reminded me tha we had one of those in a little beach duplex we lived in for awhile when I was around 9-10. One of my chores was to clean it out. Lovely fires.

That looks a lovely treat in a besutiful location. Sarah x

What a delightful place for an occasional treat. With a beautiful beach to walk off lunch afterwards. Win/win.

I would love to stay there a few days! What a beautiful place!

There are times tho, when one wishes the original owners still had their money and their home. What a lovely place to stop.

What a beautiful and expensive looking place. Imagine living in a place like that.

We camped near there in 1971. I am surprised you didn't mention the original Anne of Green Gables tv serial as it was used in that.

Dalvay-by-the-Sea looks fabulous Marie, lovely now that more get the enjoy it.. and the beautiful beach ✨

A beautiful place, and the desert looks delicious! Andrea

Oh my....now that is a place I must visit if I ever make it out there!

It's wonderful to visit these beautiful charming places when the tourists have departed for the season! The dessert sure looks delicious!