The lighthouse at St. Peter’s Harbour

The last time we were there, about eighteen months ago, the old lighthouse at St. Peter’s Harbour was in bad shape. At one time, the structure had been further out on the beach but it was moved in-shore to avoid being washed away. Its new location, behind the dunes, should keep it safe for some time. The building wasn’t tall enough to rise above the dunes, so it had been elevated by the time we saw it. 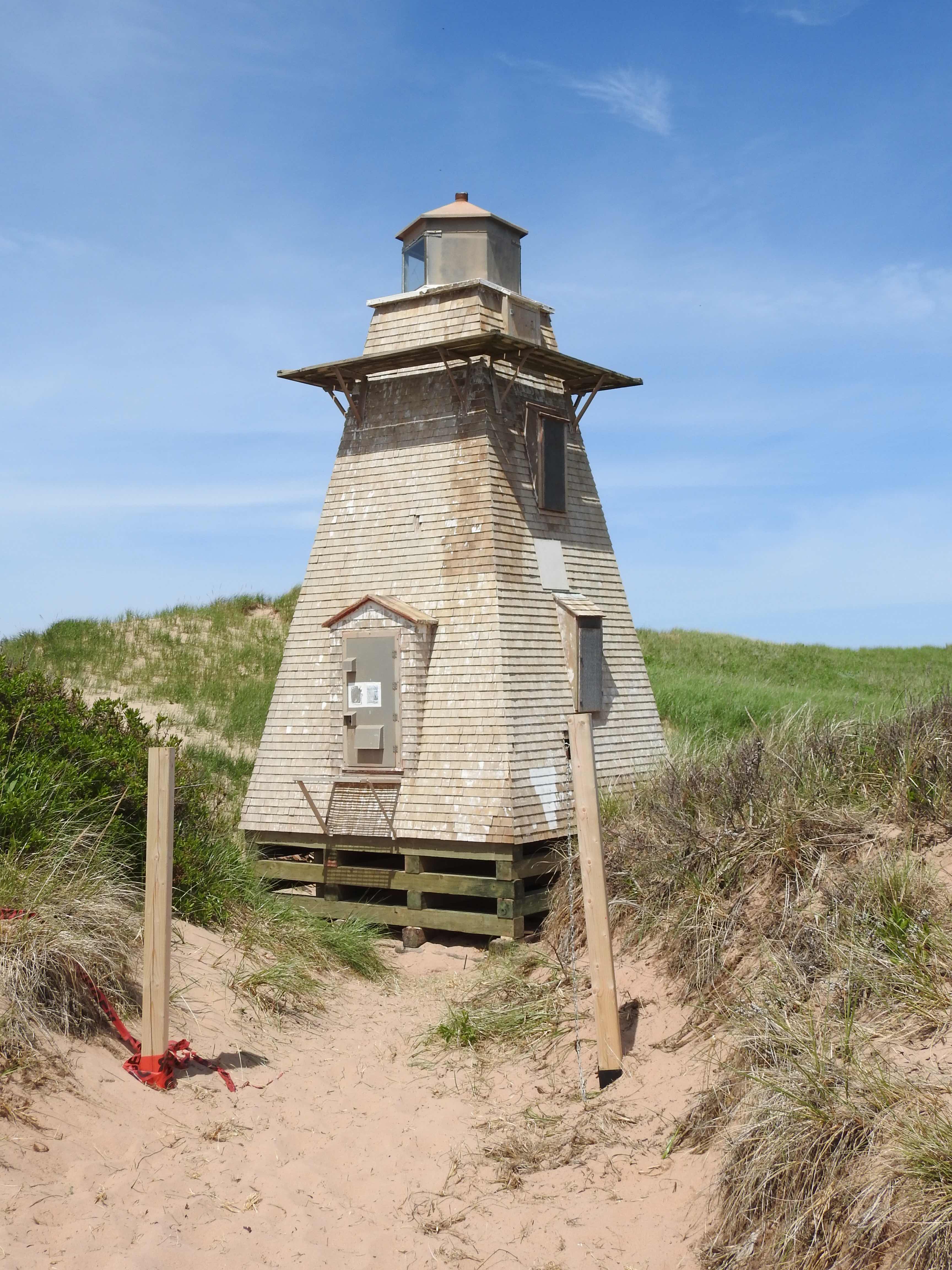 The lighthouse, over 130 years old, is described in Parks Canada literature as a  “square, tapered, wooden tower, with a superimposed gallery,” 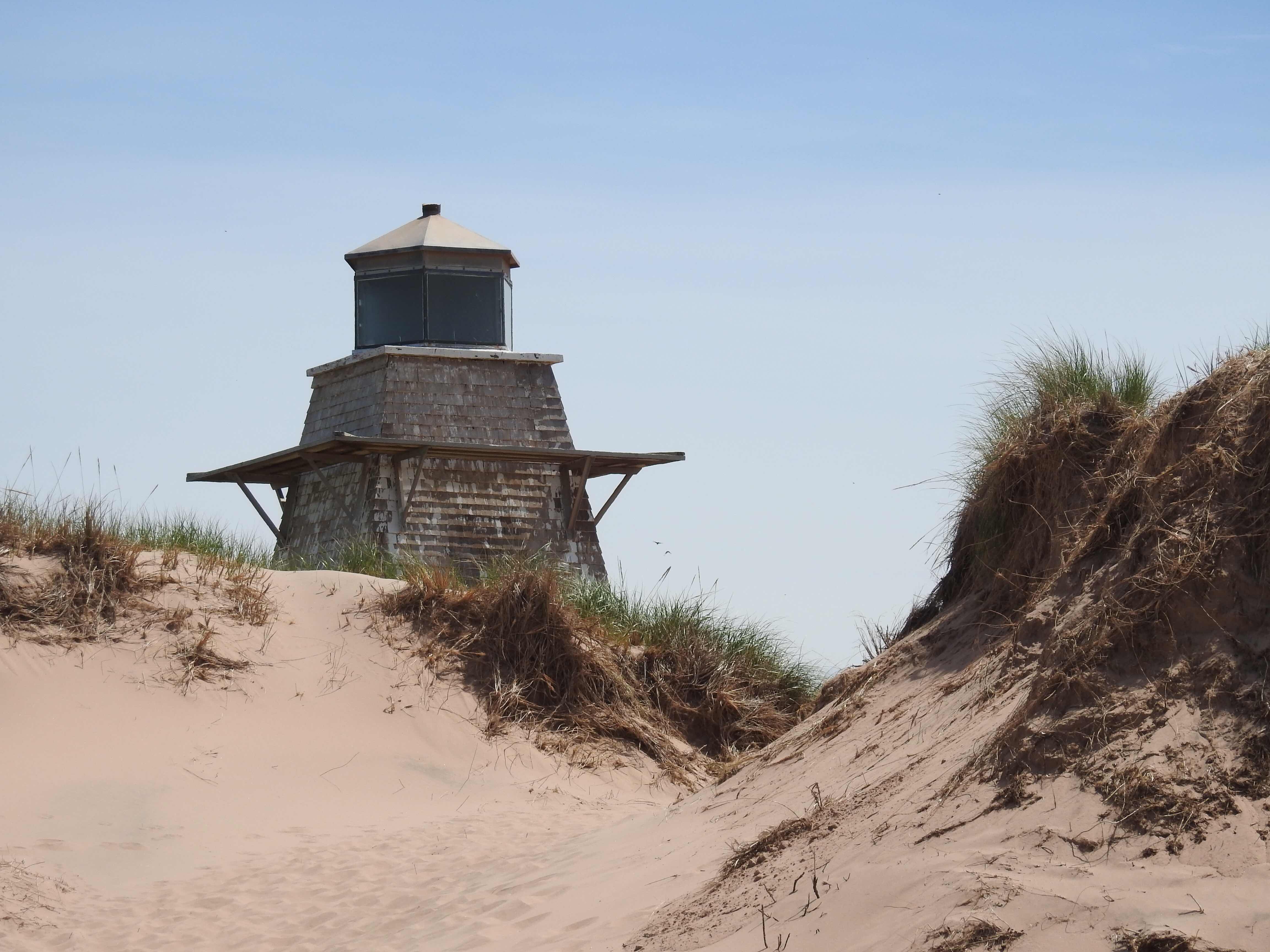 and an “atypical hexagonal lantern.” This 19th century design has withstood time, weather and a move. 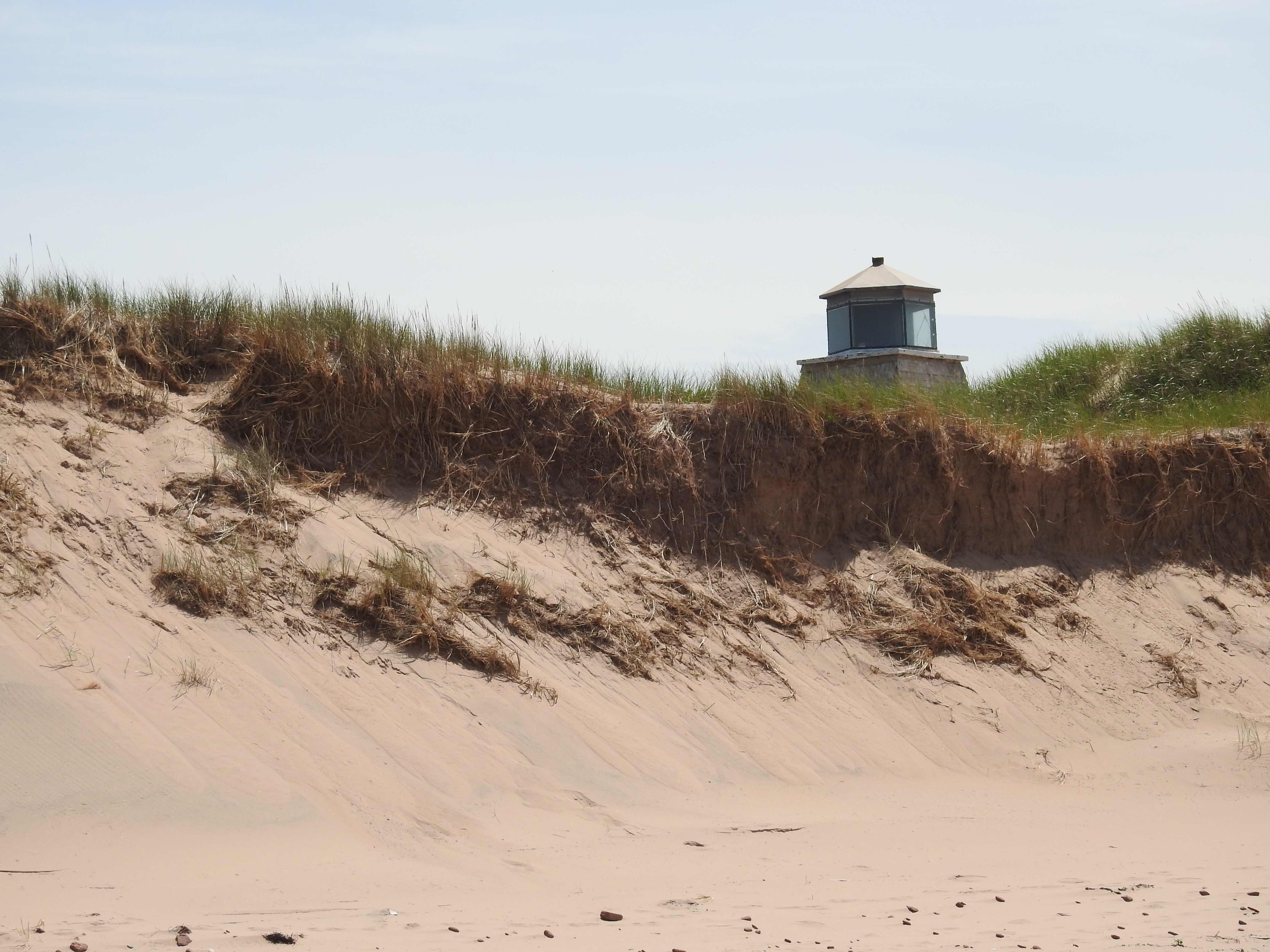 The volunteer group which has worked on the old lighthouse, has made progress over the last number of months. 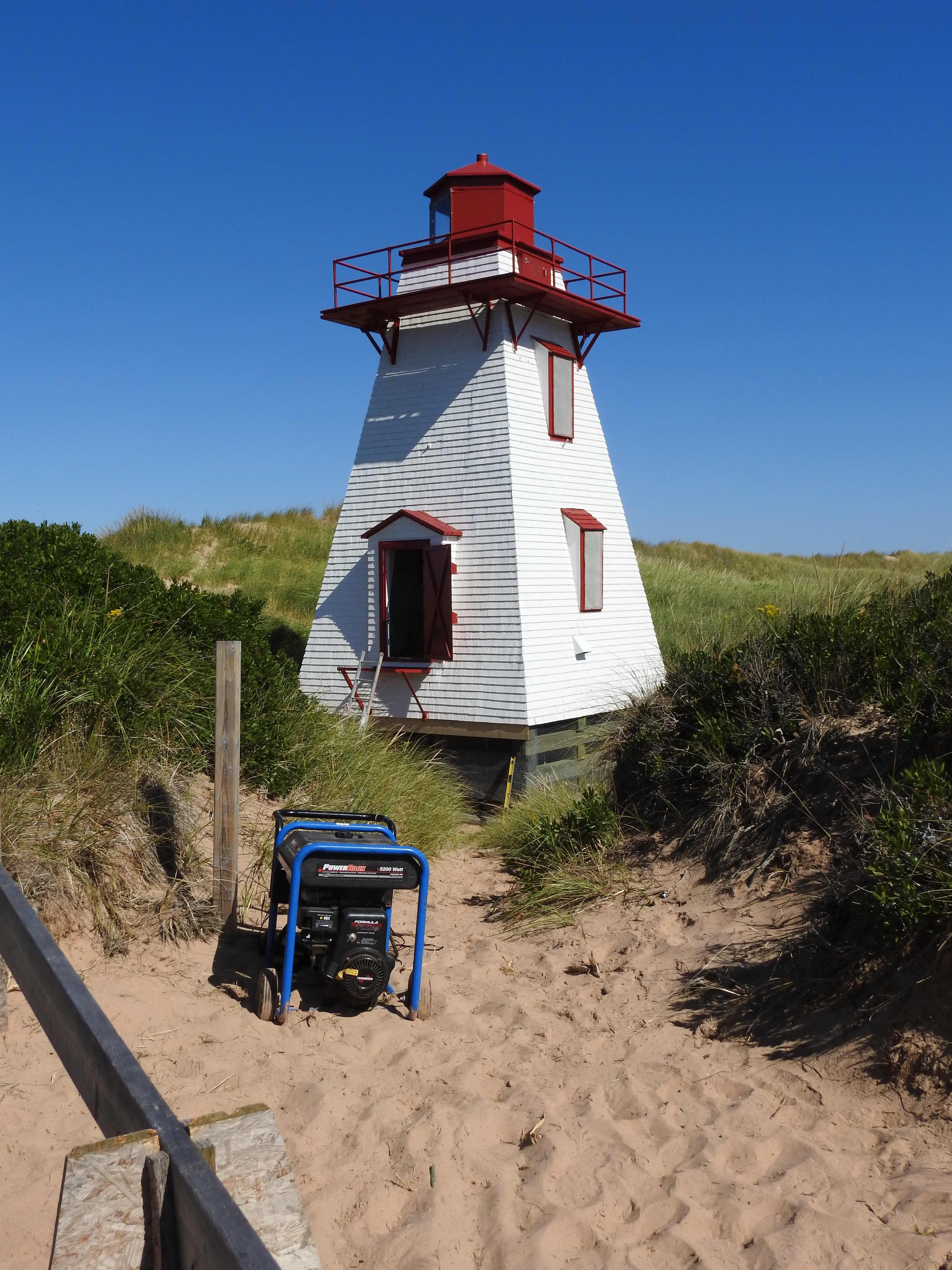 Today, the red and white structure stands proudly in her new paint and it looks like work is progressing inside. 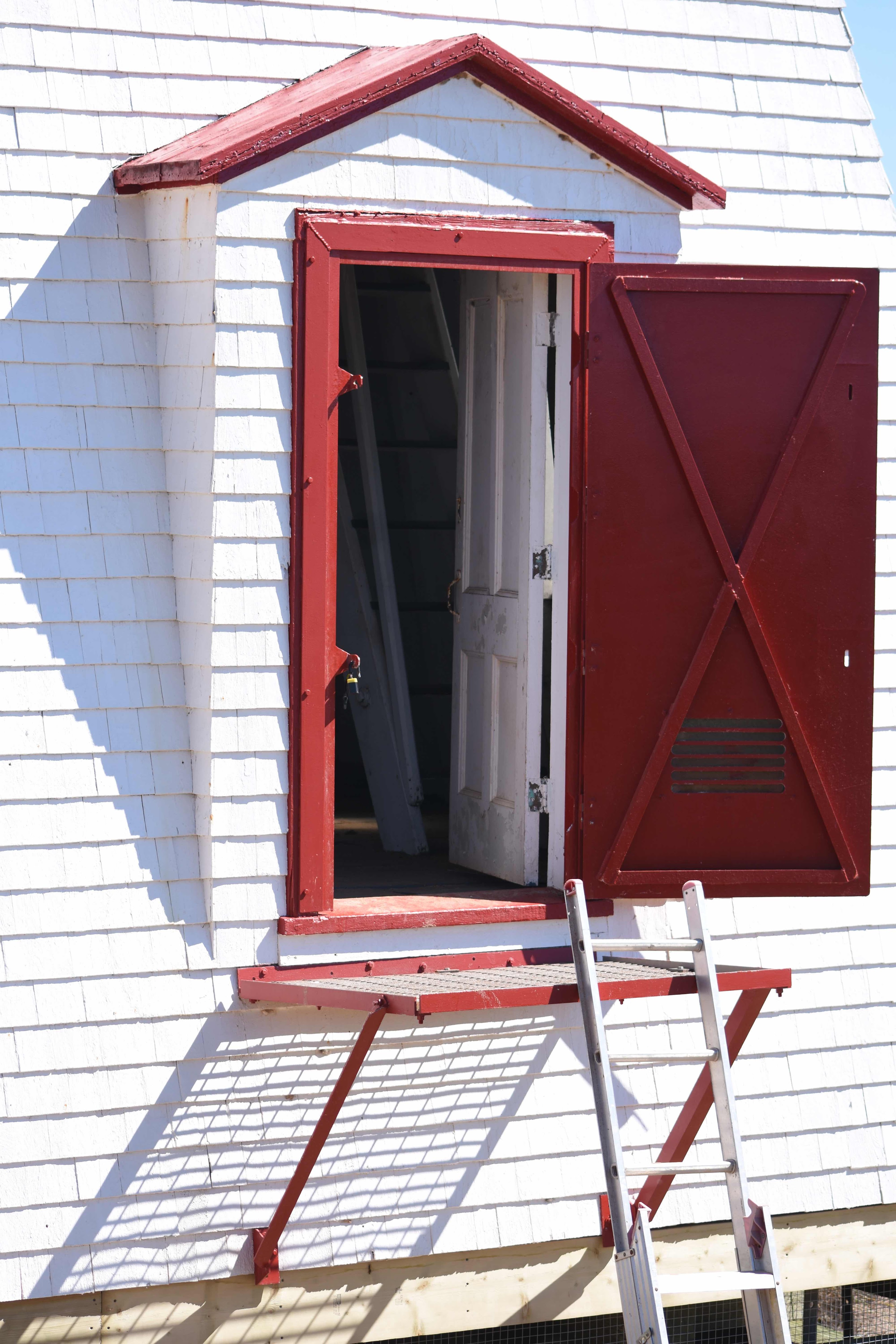 From the beach, the restored gallery and light stand above the dunes, 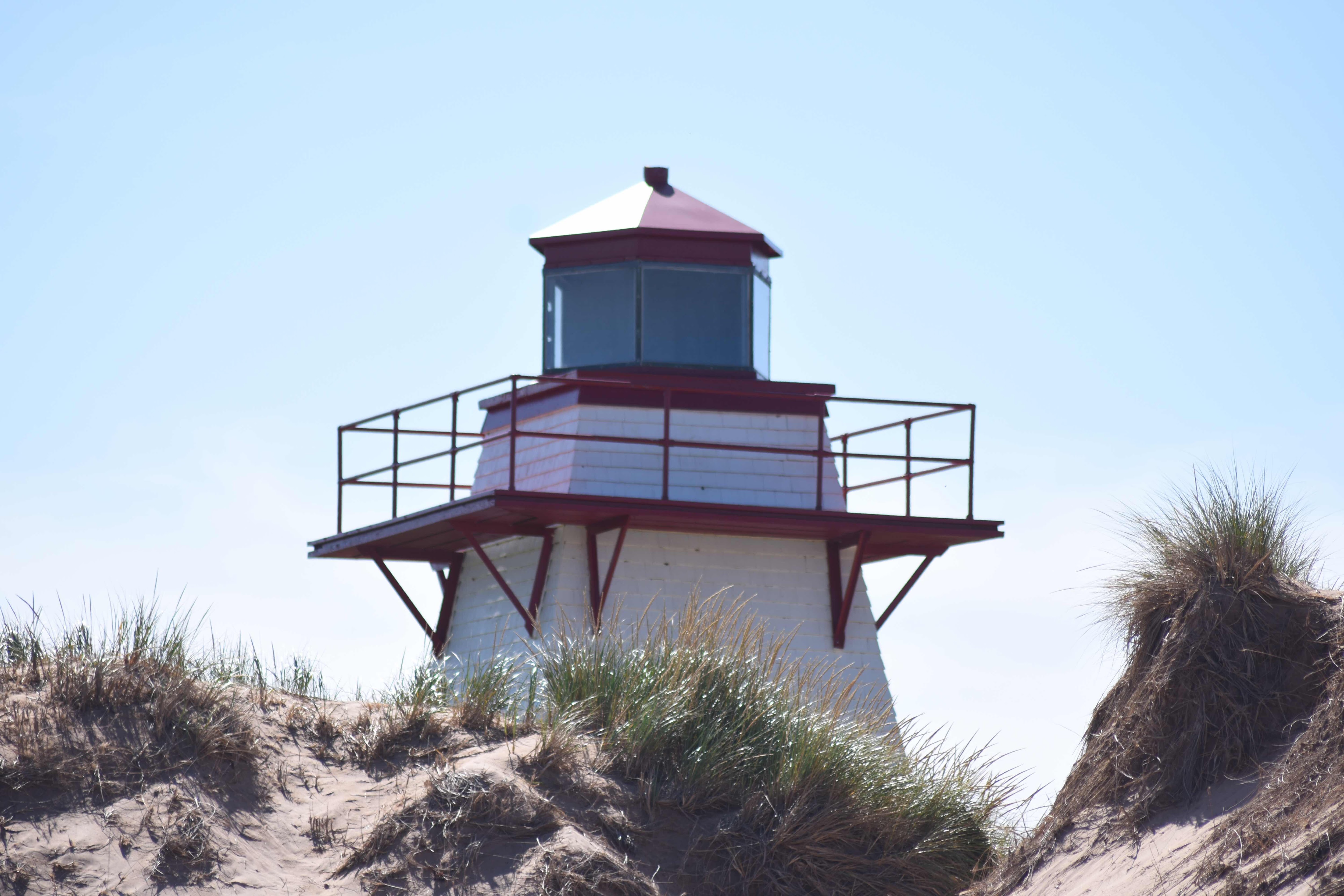 peaking over the sand to watch the ocean spectacle as it unfolds along the Gulf of St. Lawrence. 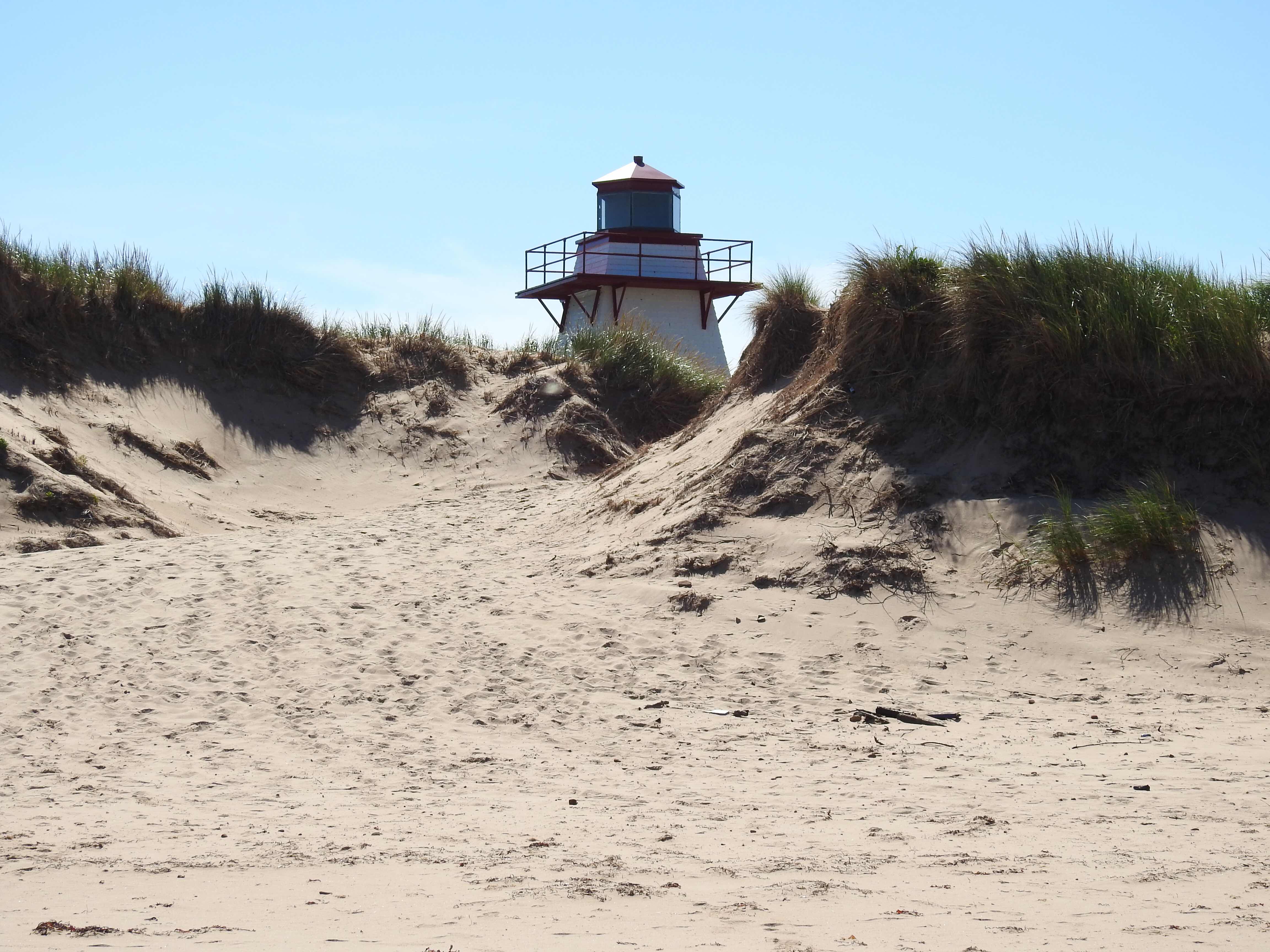 Thank you to all who are restoring the old treasure!

It's great that they're restoring the old girl ... or fella.

Wow, it's a wonderful lighthouse, and I too thank all those who are working to restore it. Maybe someday you'll be able to see the inside. :-)

I loves how it looked before restoration but am so glad to see it being repainted and restored so it can be around for many more years!

What a difference! Wow!

Glad that people are preserving this old treasure, though it looks as though the dunes might consume it at any time.

Oh, how lovely. I hate to see these special things wear away to nothing

I thank them too Marie. This is the loveliest old lighthouse it would have been such a loss to let it fall apart. Gosh doesn't it look fabulous peeking over the sand dunes ✨

They did a wonderful job of restoring it. Just perfect.

They have made a LOT of progress. Hopefully you will be able to go inside next visit. There is something about lighthouses...

Love that it is being restored. That is what I love about France, restoration appears to be important everywhere. Take care Diane

A job well done! The restorers did a wonderful job and it looks fantastic!

This is great! I love lighthouses. Michigan is supposed to be full of them, but the whole time I lived there I only ever saw one, and it was fake.

Congrats to the volunteers on a beautiful refurbishing job!

Well done to the people who care enough to spend their time restoring this old lighthouse. It's looking fabulous!

Wow, they have really made a lot of progress and I love the way it shows the shape so much better now. It's lovely.

It looks great with the new paint. I'm glad people are preserving and restoring the old lighthouses. They're beautiful, and an important part of history.

it surely received the tlc it needed!! it had some beautiful old world charm before it's restoration, but it looks great now as well!! i hope it will be able to stand the test of time and bravo to those that are helping it!!!

That restoration looks amazing, it is always wonderful to see sad neglected buildings brought back to life. Will they allow the public inside once it has been finished? Sarah x