The bridge at Grand River, Prince Edward Island, is an area where the water runs swiftly enough to prevent freezing. 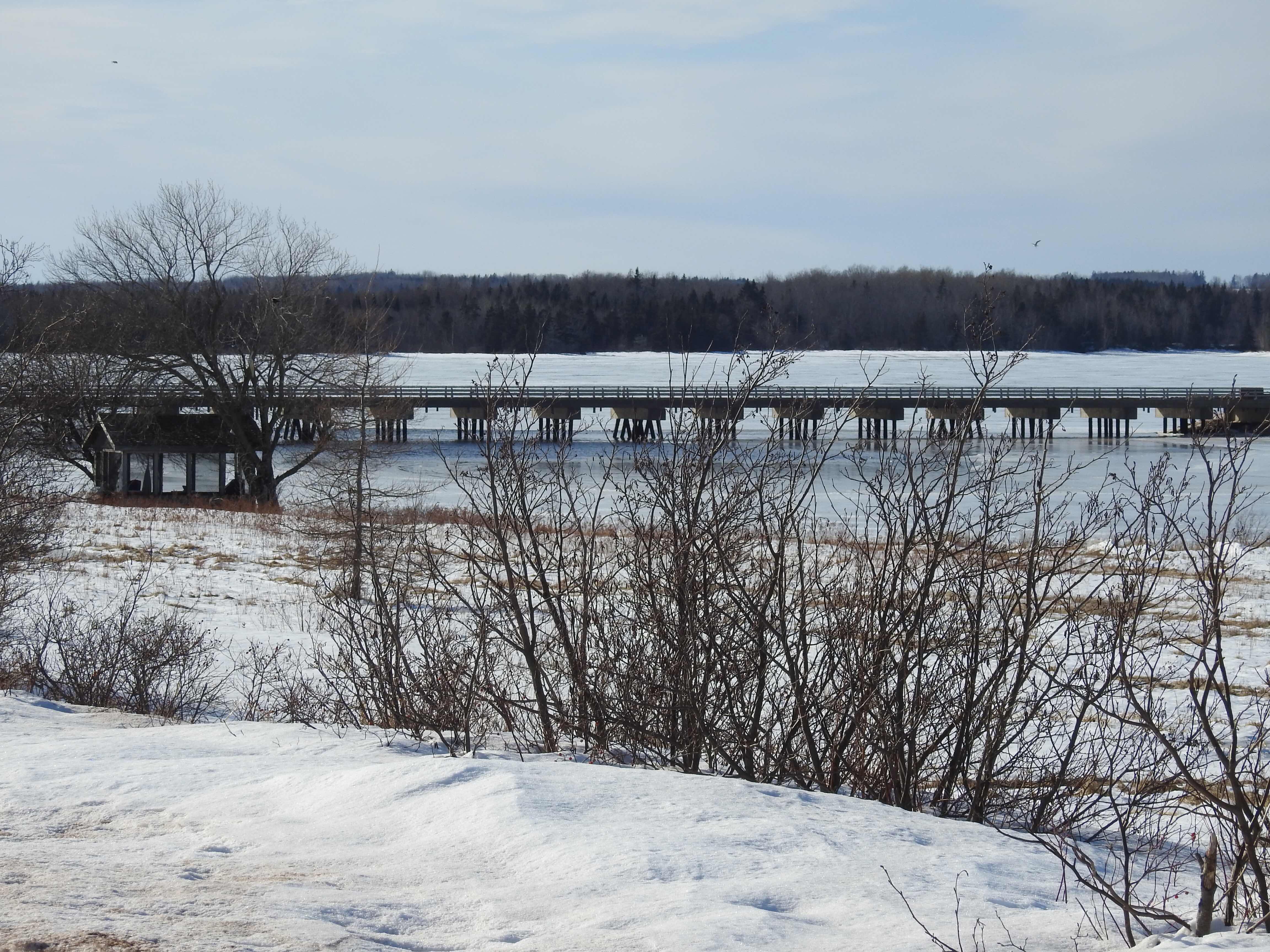 There are always birds east and west of the bridge and February was no exception. One day recently, I saw a variety of birds, especially ducks.

They looked to be friendly with each other, some dabblers, others, divers. Below are American black ducks, male and female Common mergansers, Barrow’s goldeneye and Common goldeneye. 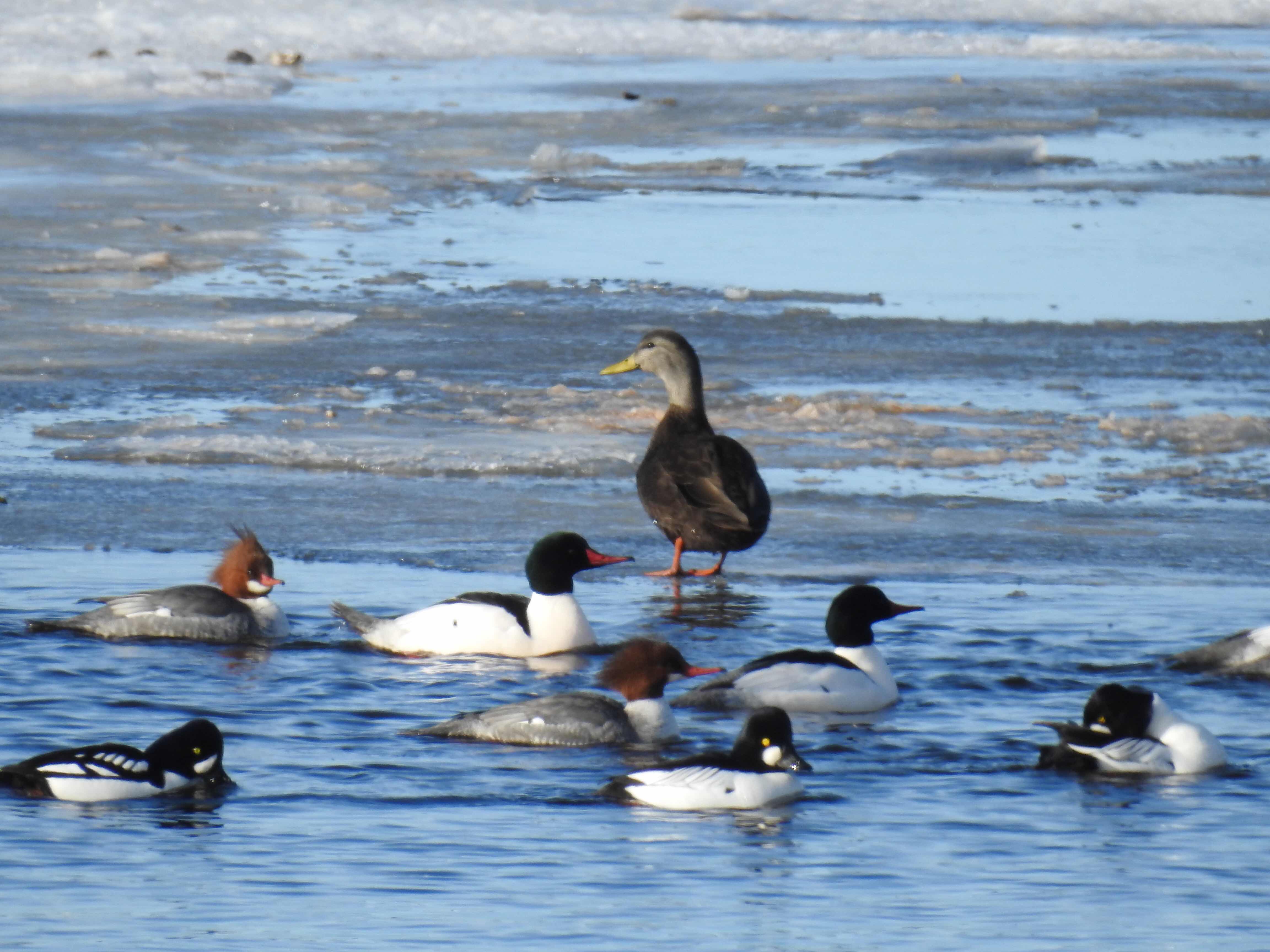 The black duck is stood on the ice. A male merganser has the tuft of feathers on its brown head. The females are white and black. The Barrow’s goldeneye has the white bars on its side. The Common goldeneye is in the front centre of the photo.

The next photo shows the difference in size from the large American black duck, a dabbler, to the Common goldeneye, a smal diving duck. 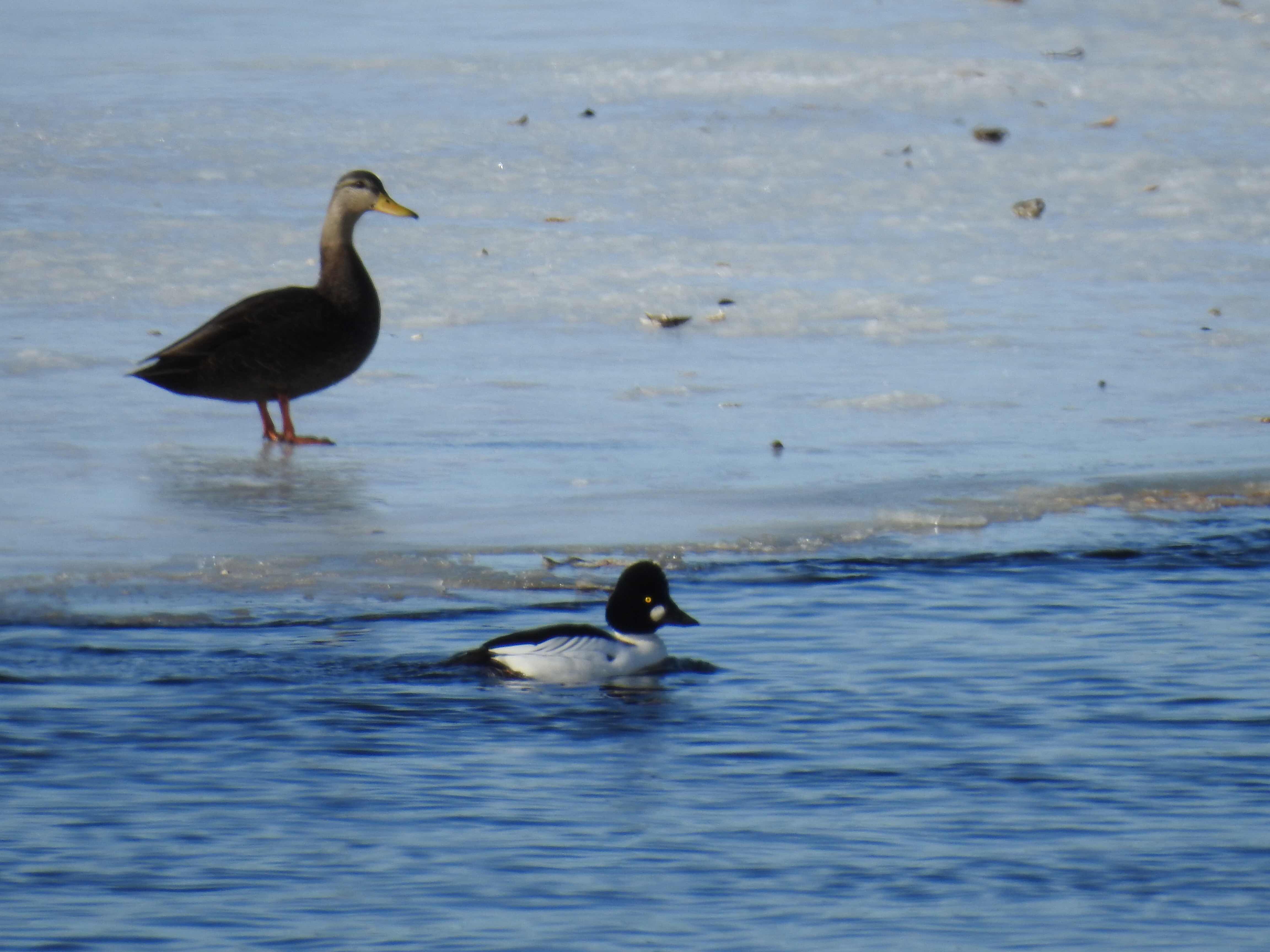 In the final photo, I have all my ducks in a row, the Common goldeneyes anyway. 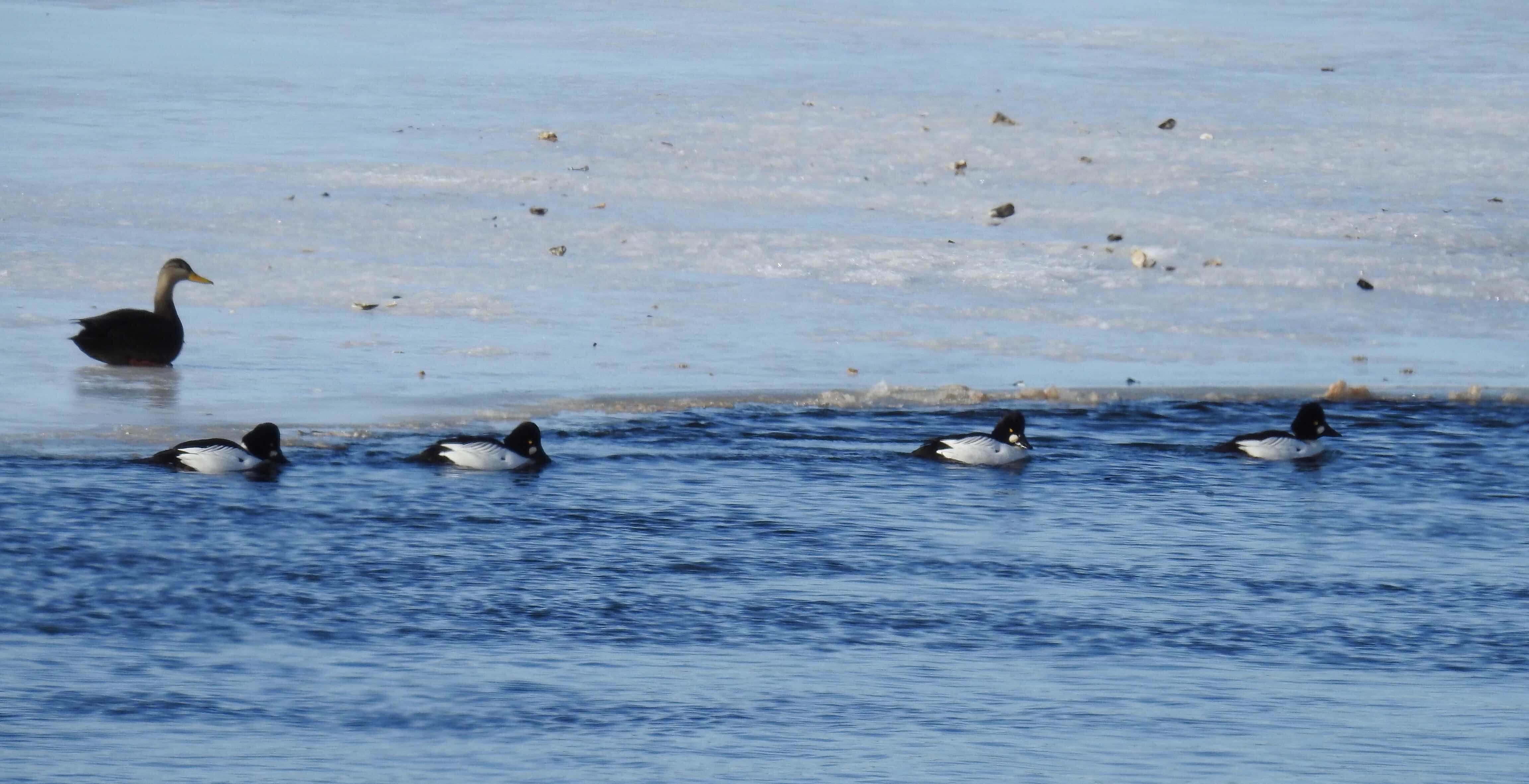 Hello, I have not seen a Goldeneye as of yet. Love the Mergansers. Great duck sightings! Wishing you a Happy March! Enjoy your day, have a great weekend!

Row, row, row your duck . . . Yesterday, I saw a sand hill crane fly over. Seems a strange time of year to see that. Early spring?

We get a few Goldeneye wintering on the wetlands near here and Mergansers too, though we call them Goosanders.

awww, all your ducks in a row, that's a good one!! the only one of these ducks that i see here are the common mergansers. if the others are here, i don't see them!! exciting to see them all, right?!?!?!

Open channel or no, that ice looks pretty thick.

I love the all ducks in a row, perfect image.
Have a wonderful weekend!

I am intrigued by, "The black duck is stood on the ice."

I came across that turn of phrase, "is stood on," in a recent book, but it is not a familiar speech pattern to me.

Quack! I like the picture with all of them together, in order to tell them apart. :-)

Beautiful ducks all in their rows.

I love the variety of water birds. They do not let me get close enough to take photos as I am tall and quite visible on my dock!!

Sweet photos and very interesting. Have an enjoyable evening.

Hahaha. I wish I could get all of my ducks in a row.

You have an amazing knowledge of all these birds!! I am impressed! Beautiful photos!! It looks so cold and in here we look cold and we are cold. Today duo to low temps even church was cancelled. Thanks for all you share Marie! p.s I tried to make my blog private so I hope you and the other regular readers are able to see it.

So glad you "have all your ducks in a row"...
I wish I did.
Life does get complicated sometimes.
Love your photos and thanks for visiting my blog too.
Sue of photowannabe

Love all your ducks in a row :)
Loved all of your photographs.

Thats a nice collection of ducks - really like the Goldeneyes.

I love seeing ducks floating in serene water
they evoke my creative side :)