During a recent walk on the boardwalk, the wind increased in speed as the sky cleared from the south.  As my husband and I proceeded, holding on to our hats, we noticed seagulls along the shoreline, riding the wind. 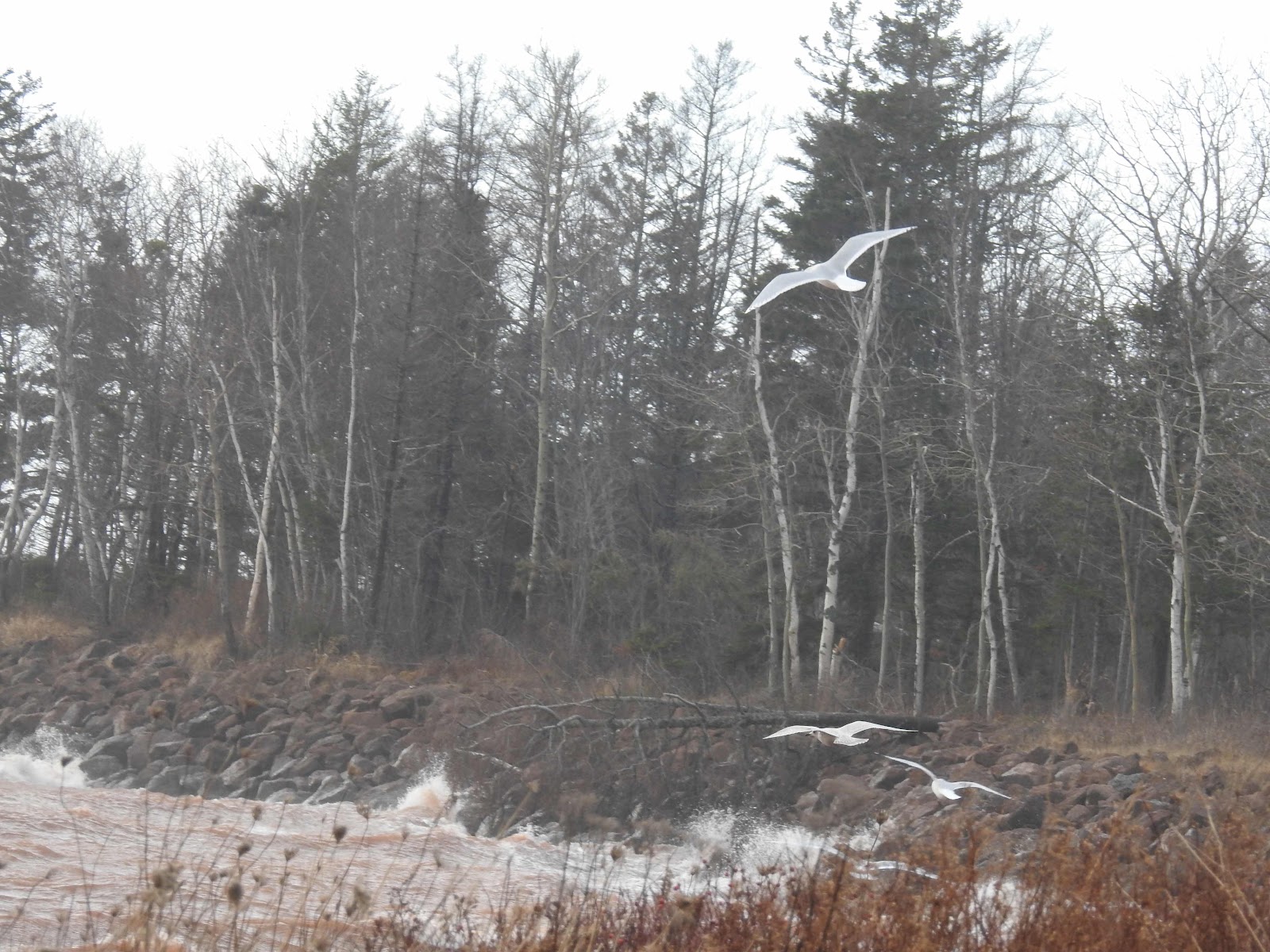 They stayed close to the shoreline, just above the beach area at low tide. It was fascinating to watch them. 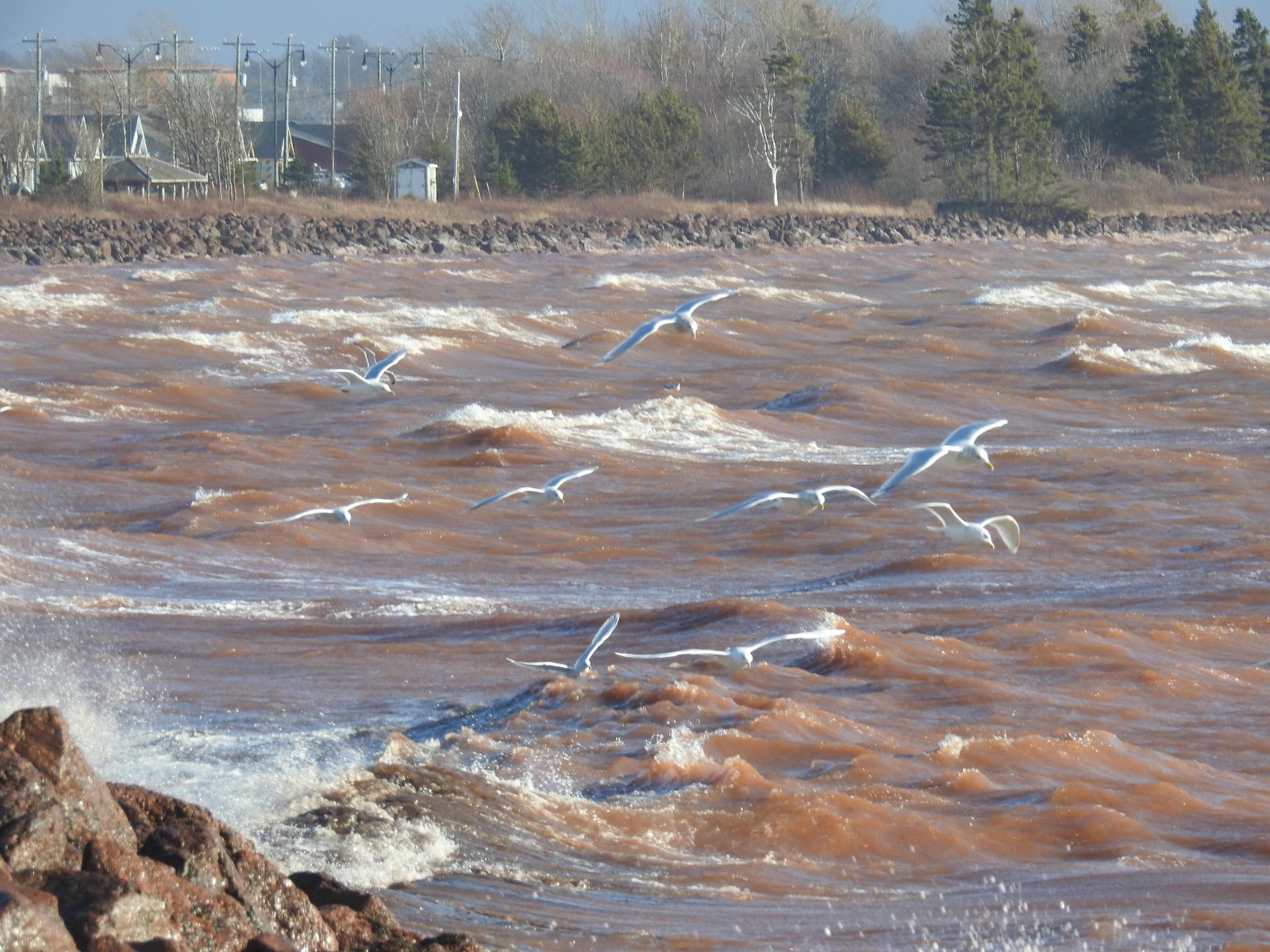 Better birders than I could identify the gulls playing there. They cavorted for the hour we were there, moving slightly along the coastline if a particularly strong gust of wind ushered them along. They revelled in the high winds while mere mortals struggled to stay upright and keep their cameras steady. 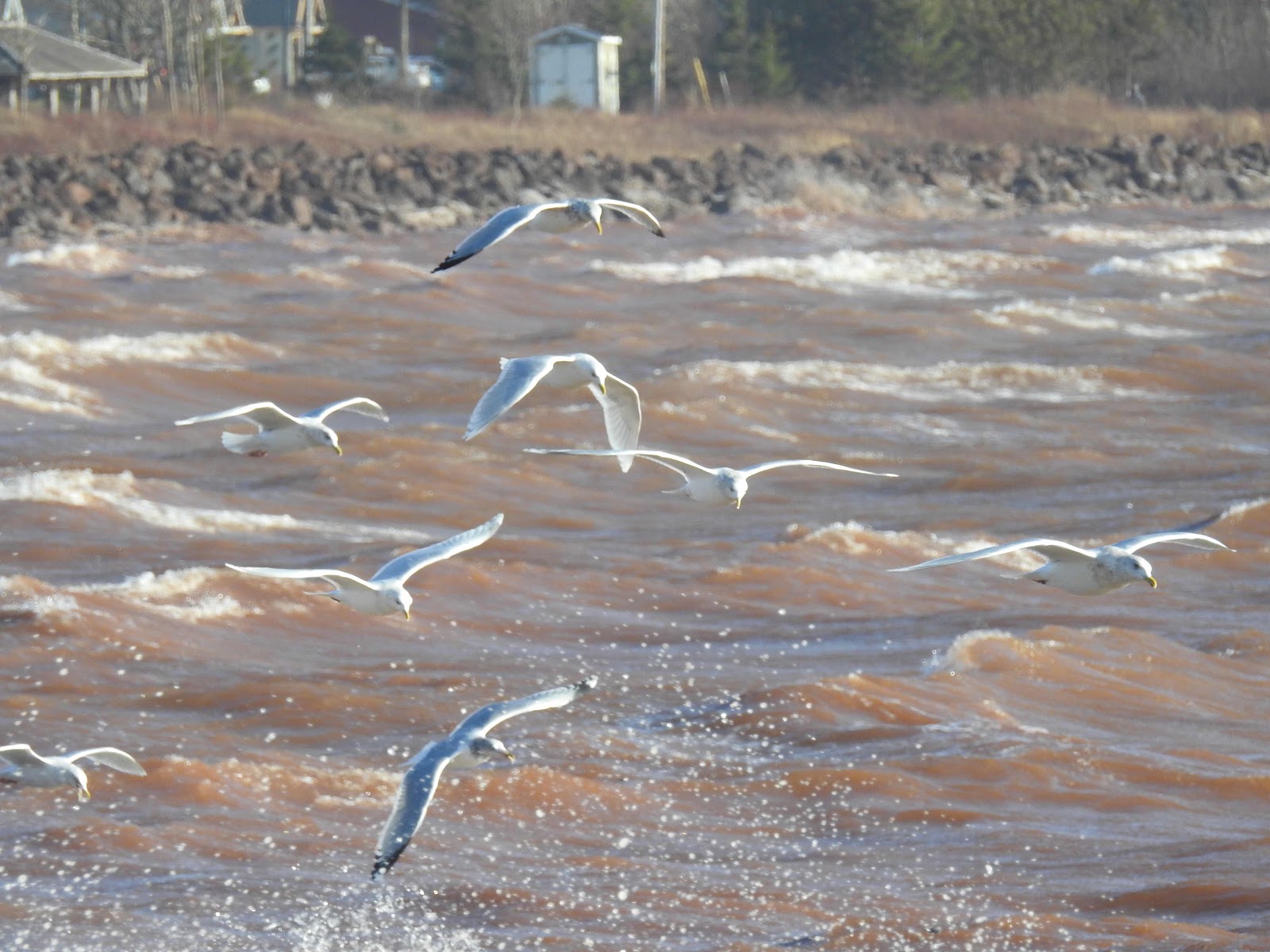 The birds weren’t making any sounds that we could hear in those high winds. Neither were they feeding. Occasionally one landed on the water but didn’t stay for long or take anything from the water. They resembled a bunch of kids enjoying the outdoors on an exceptional weather day. 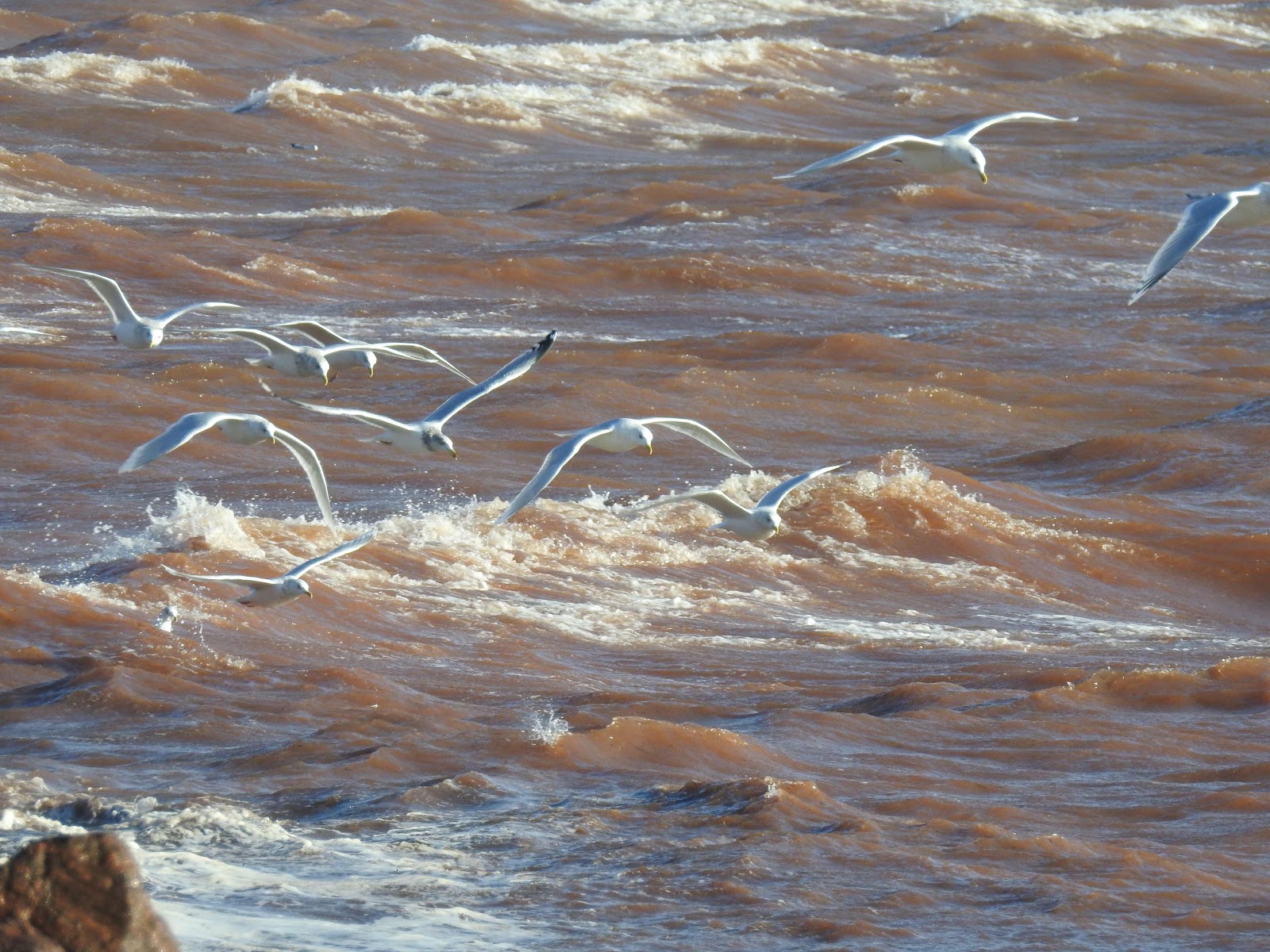 The enjoyment those feathered creatures took in the high winds was a wonder of nature.

Even gulls need to have fun!

Super photos that really capture their buoyancy and grace above the choppy sea. If they were less common I'm sure we'd appreciate them more.

Lovely photos, I seldom see gulls not close enough to the sea or even inland water. Have a great weekend. Diane

Thanks for capturing the obvious fun of these party gulls. :-)

This is so interesting.

Gulls are such fascinating birds to watch. Your pictures are great, showing both the gulls and the water.

'Riding the wind'--I love the images that brings. I bet it was fun to watch the gulls...

There is always a special sense of joy in observing birds doing what they do best and I am sure that you returned from your walk quite elated having witnessed this spectacle.

That would have been delightful to witness.

You coneyed the scene and your appreciation very well.

I love this! The gulls were having so much fun :)

we love to sit at the inlet and watch the gulls play. when it is windy like this, they often get pushed around.

nice splashes of the water!!!

What a fun performance they put on for you.

Amazing photos Marie. They certainly do look like they are having fun … maybe their way to welcome the Holidays!

There's a wonderful poem by E J Pratt (a Newfoundlander) called "Seagulls" you should look it up, I love it. I learned it when I was a littl'un. I can still quote it.