Birds around the estuary

Slowly, over the last several years, a love of birds, their appearance and behaviour, crept up on me and seeped into my bones. My husband supports my interest in every way possible. Everywhere we go these days, we watch and listen for the birds in that area. Sometimes I recognize the birds by sight and/or sound, other times, I need the reference book or a website check at home for identification. Usually, the camera is nearby for photos.

Recently, we visited our family at a beach house on the estuary of the Hillsborough River near Charlottetown, the capital of Prince Edward Island. We spent the day on the beach with the kids and enjoyed every minute. Some of our time was spent birdwatching with the family.

Bird listening is a better description when it comes to the Common Terns. 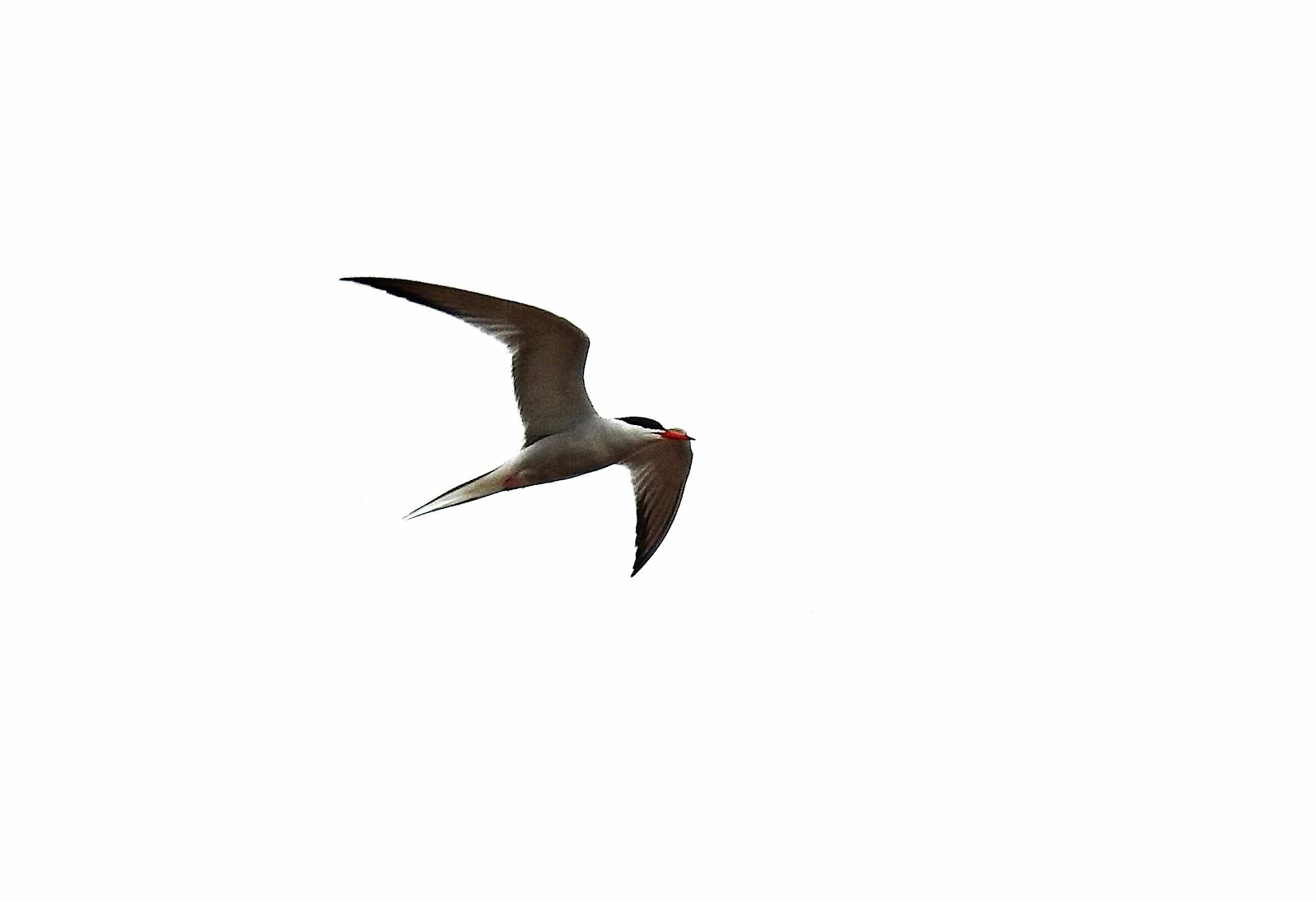 The birds probably nest in the area and their in-flight acrobatics in the sky around the house and their voices were hard to ignore. In one area of the beach, they were loud and looked to be distracting us with aerial antics above our heads. I didn’t get any photos but their behaviour was amazing to watch.

One of the shorebirds, I later identified as a Willet, appeared to be nesting in the same area. We could hear noise among the grasses in the marsh and the bird put on a display a short distance from the noise. 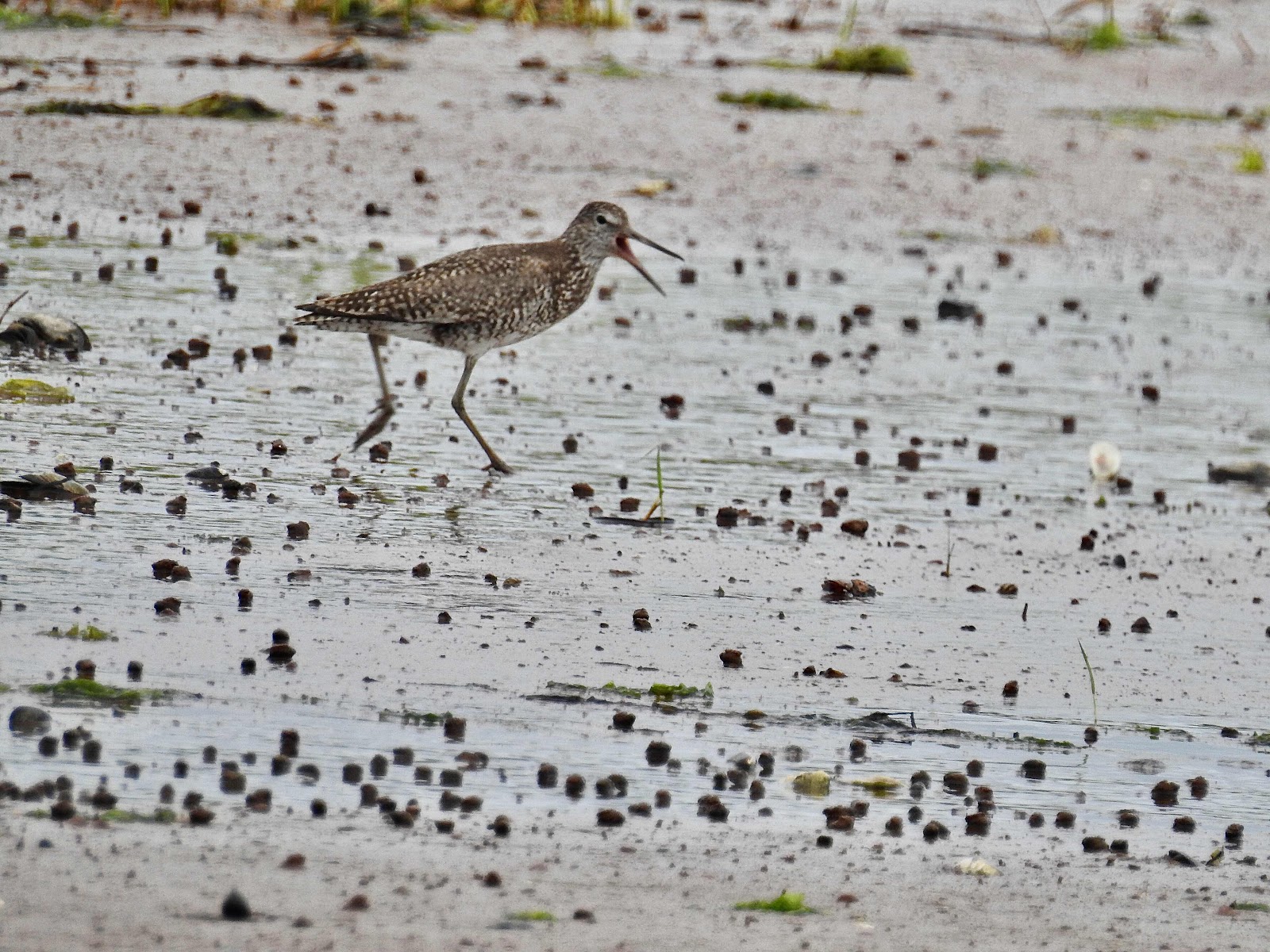 This bird stood on the beach and chirped its loudest as we approached and walked by. When we passed, it took to the air, the beautiful markings on its wings were easy to see but hard to photograph.

From our beach chairs, we observed the Willet and several terns being noisy and aggressive towards a Bald Eagle. 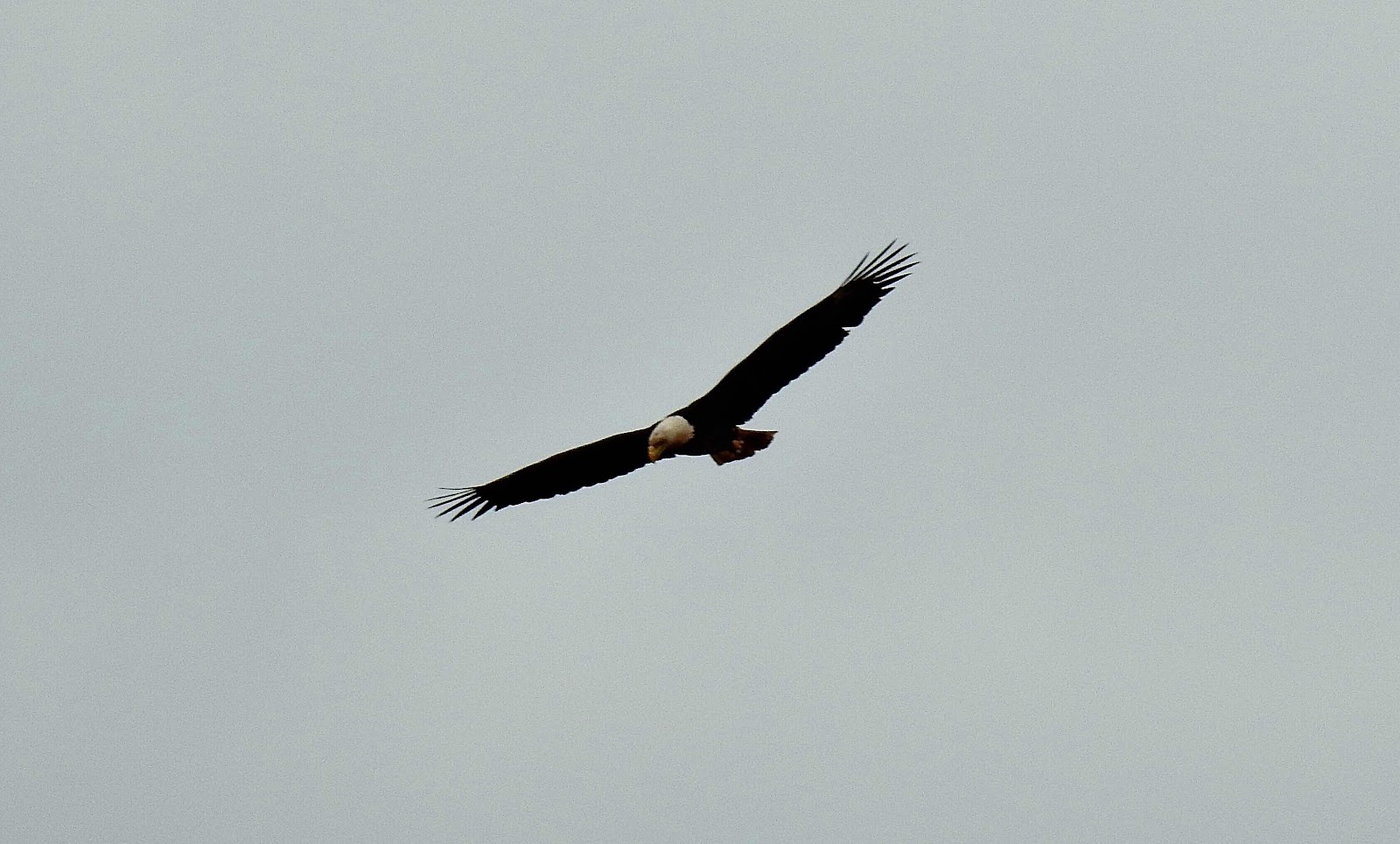 The birds flew towards the eagle, veering off at the last second. The eagle stayed around for a few minutes then flew to the trees a distance away. The smaller birds saw the eagle for the predator it was. 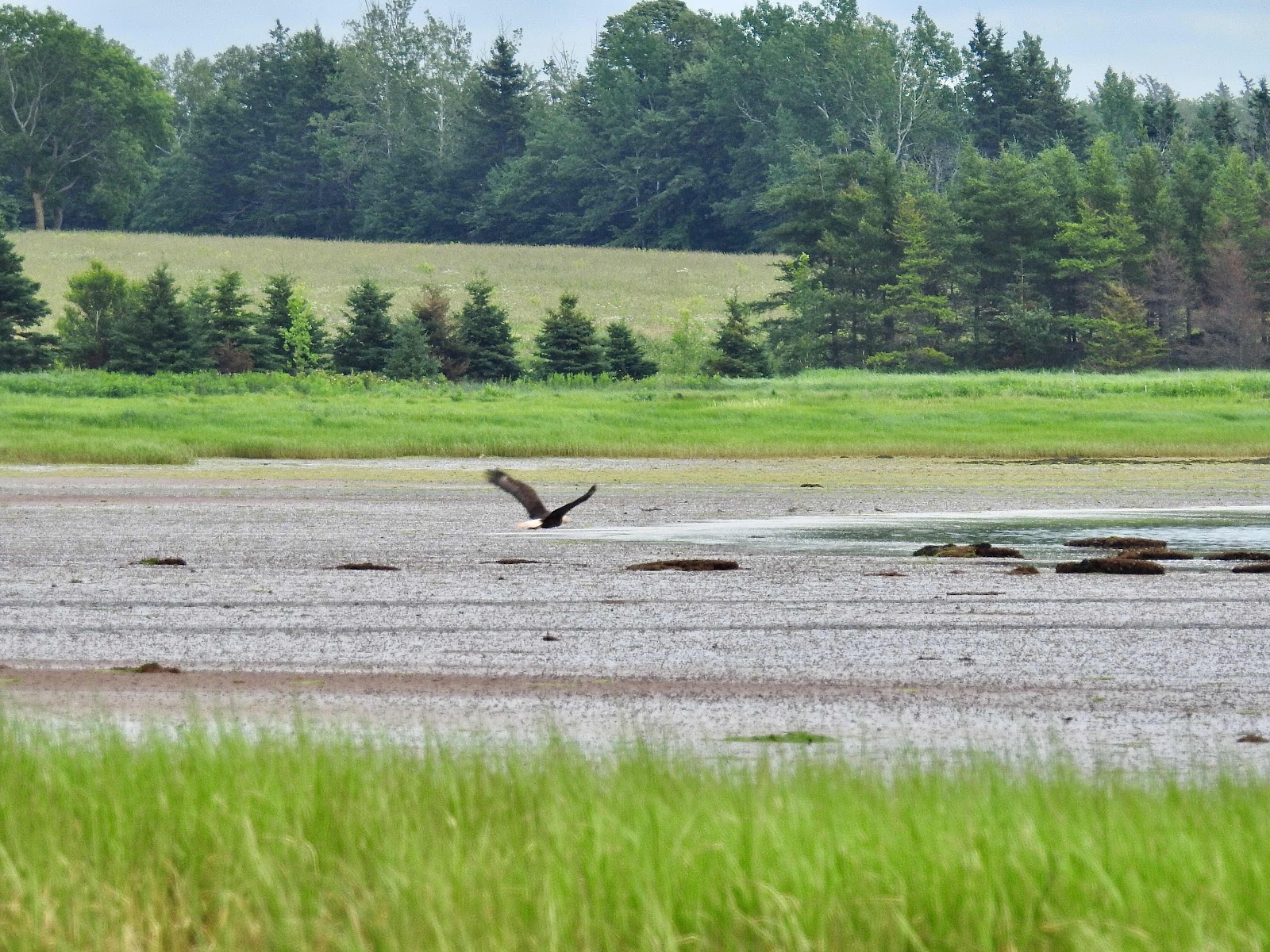 In the water, a flock of eleven Great Blue Herons caught our attention as well. 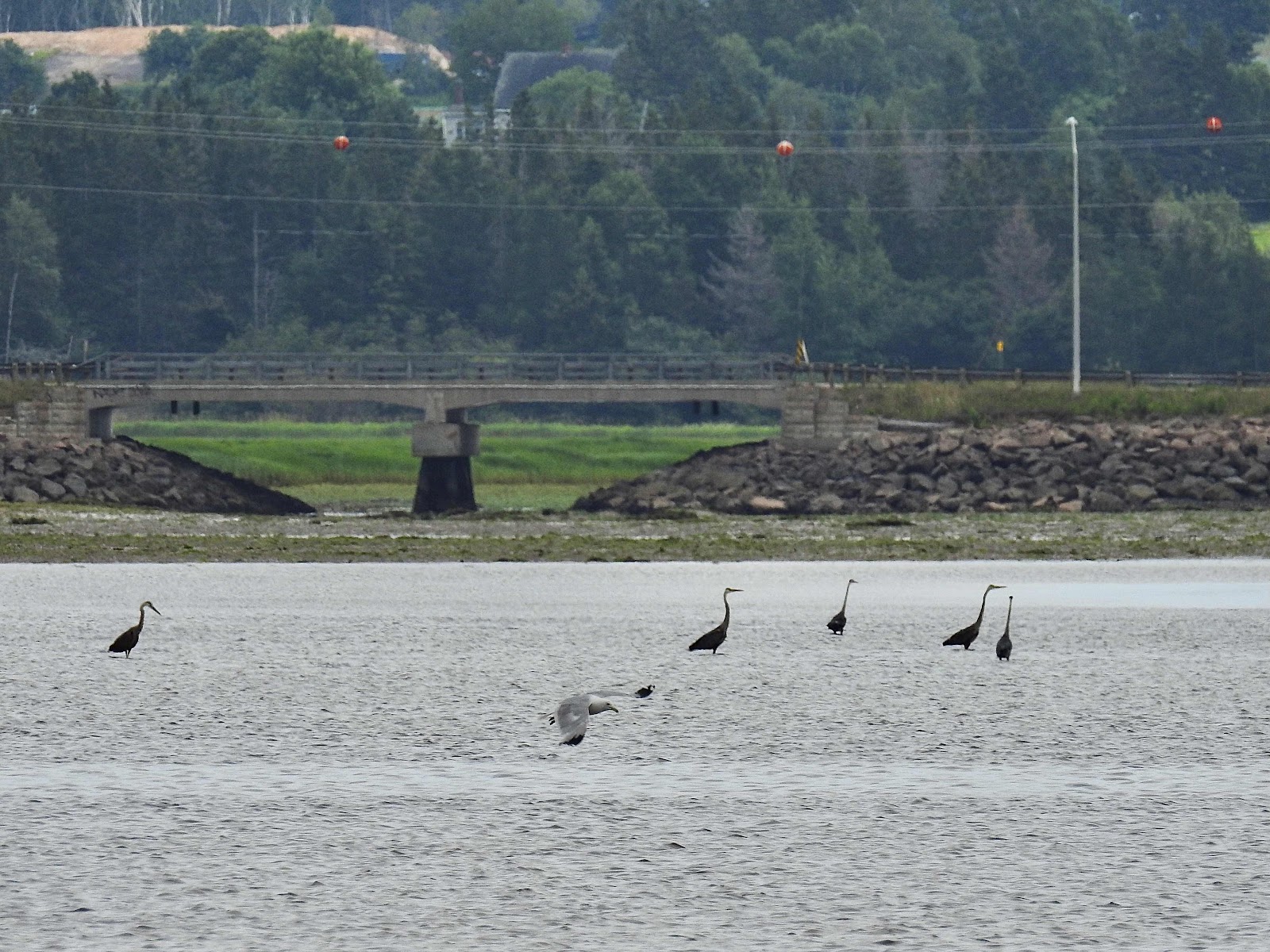 As the tide rose, the bird moved from one position to another, to shallow water. Eventually they flew off together. 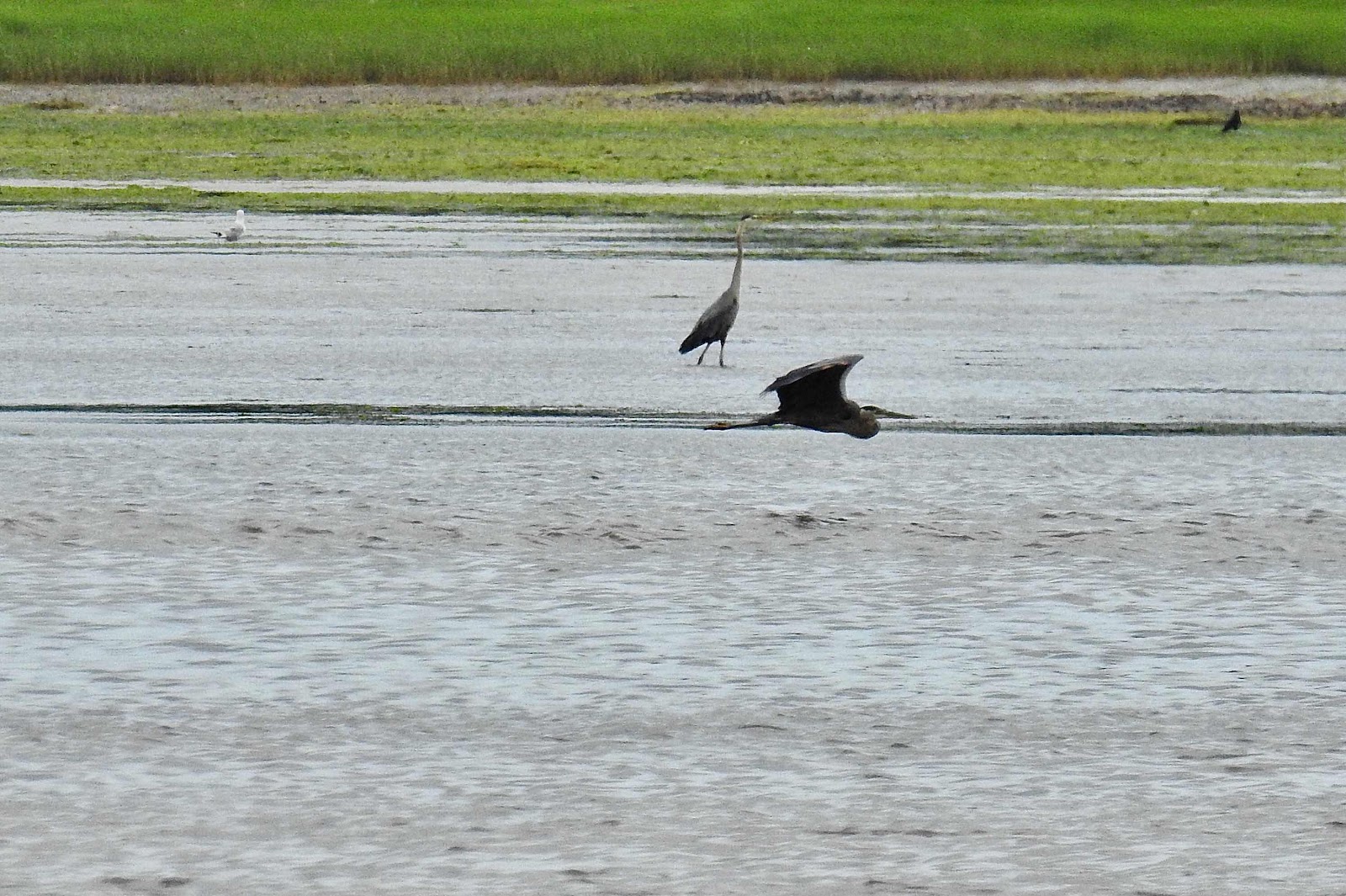 Watching the birds with family and sharing an interest with them was fun.

Apparently, the popularity of birding absolutely boomed during the pandemic.

I love birds, too. And your pictures capture the amazing variety of birds in your area very well. That's a great eagle in flight picture.

I share your love of birds Marie, my husband even more so. I always enjoy seeing your bird shots, love the heron taking off here, I've never been lucky enough to catch one in flight 💜

Despite my fascination with birds, I've never taken the time to learn about the different types of birds. I love birdwatching and get very excited when I see something that looks unusual. Then I try to look it up and find out what it is. Love all your beautiful photos. Thanks Marie.

Excellent photos Marie! Birds are so fascinating to watch.

You seem to be learning quite a bit about them.
I have never seen more than one heron at a time.

Lovely place to bird watch from...

Isn't it wonderful to do things as a family and have the same interests?
That's what makes it fun.
Terrific photos, especially the eagle doing his best to find the babies.
Have a great week.
Sue

I share your interest. Thank you for these photos of birds I will probably never see for myself.

Watching the birds is often listening for birds in my experience.

How exciting to get the grands interested in birds and their calls.

I love watching and listening to birds...and love to watch animals in general.

I meant to say that is a great shot of the Bald Eagle.

I hope you have a good site on your phone to help you identify any little guys you don't know.

Watching birds is a fascinating hobby. I'm glad your family are interested as well. As you say, so much fun doing it together :) xx

I am looking forward to close encounters with the birds of PEI myself, Marie. Of the birds shown here the Willet would be the prize. I have never seen this species in Canada.

The Blue Cranes and their extended families must be very happy with life on PEI. I have many images of them from my visit. Bonshaw had large numbers.

i have been a bird watching enthusiast since i was very young, my aunt got me started. it is fun to both watch and listen for the birds!!

"Slowly, over the last several years, a love of birds, their appearance and behaviour, crept up on me and seeped into my bones." That very first sentence is an excellent example of why Island Musings has become one of my favorite blogs. Your words fit perfectly, for me, for a specific type of bird ... you won't be surprised ... hummingbirds. :-) Your post makes me wonder ... and I may have asked this before ... why don't you write a book? I have no doubt it would be a success. I put this into the search box at the top of your blog: writing book. The results came back with six posts, mostly several years ago. I did not find an answer to whether you've mentioned writing a book. But I did find six excellent posts and enjoyed each one. Getting back to this current post ... I appreciate your fascination with birds and your photos are excellent. Thank you for all you share with us.

Great photos! I am a bird watcher too.
Have a wonderful day!

I'm impressed that you can hear the difference between the birds. I love the pictures of the one on the beach and the eagle against the sky. I can never get bird pictures because Duke always goes nuts when he sees a bird. So thanks for sharing yours for us to enjoy.

Beautiful pictures, birds are a treasure, and watching them is a great reward.

Eagle is a fine score. I love bird pics too - 'Here is ANOTHER bird', my kids used to grumble, paging through the vacation shots. The Blue Ridge Parkway is amazing for the drive and the birds soaring among the hills.

I can see it was a lot of fun.

Wonderful to see so many birds! The images of the eagle is fantastic! We have starting using an app where you record the bird song and it then identifies the bird. Sarah x

Great post and a beautiful variety of bird sightings and photos. I love the Terns, Eagle and herons. I have become somewhat of a bird nerd over the years. My hubby seems to enjoy watching and hearing the birds too. Have a great day and a happy weekend!

i greatly share your love for the birds dear Marie :)

i can only imagine how pleasurable it must have been for you to observe these feather beauties singing and chirping ,gliding and floating around .

i see it hard to observe the prey and predator show though .

My Dad grew up in rural Louisiana and knew lots of sounds and habits of the wildlife. When my sisters were little he would tell us bedtime stories using the different bird calls. They were magical but of course, he could have been making up bird sounds and we wouldn't have known any better. It was still fun either way.