The following post I wrote over six years ago documenting some family history.
This past weekend, our eldest granddaughter appeared with Ballet Jörgen when the ballet company was in Summerside performing the ballet Anne of Green Gables. The story of Anne is based on the book of the same name by islander Lucy Maud Montgomery.
This Prince Edward Island story was beautifully done by Ballet Jörgen and our granddaughter’s participation in the performance fulfills a prediction she made years ago.
Written in April 2016:

As part of our Christmas tradition when our daughter was young, we read the story of the Nutcracker. It was one of the books she kept over the years and brought into her own family.

Her eldest wasn’t two when our daughter started reading the story of Clara and her Christmas dream/adventures. When she saw the video of the ballet, the little one was hooked. One day, as she watched, her grandfather attempted to engage her in conversation about the various characters and she commented, “I want to watch it by myself.” Poppy stopped talking!

She watched Angelina Ballerina as well and liked to do "ballet moves" as she called them, with the characters during each show. Our girl loved dance, especially ballet! 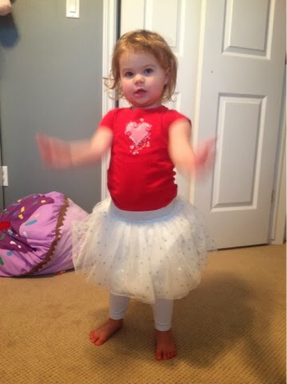 Her parents, wanting to encourage her interest, enrolled her in classes the year she turned three. She enjoyed them, with an enthusiasm that was infectious. Her younger sister started the ballet moves at an early age too and imitated her sister. 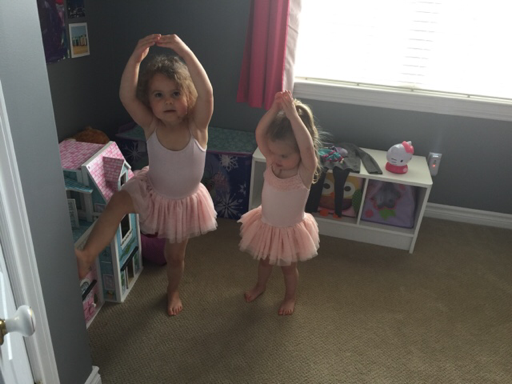 The younger girl was heart broken every time her sister headed off to ballet class because she couldn’t go. 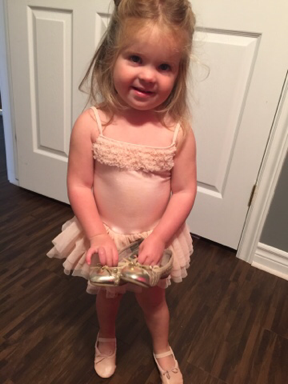 The elder girl especially enjoyed the year-end show, where she was on stage twice. 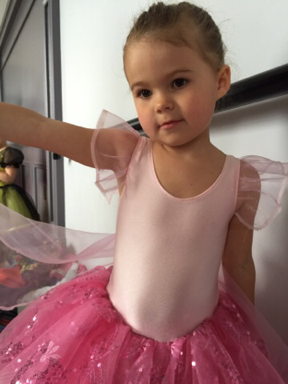 She enjoyed every minute of the performance and is looking forward to this year's show when she is on stage three times. That girl has a flair for the dramatic as you can see. 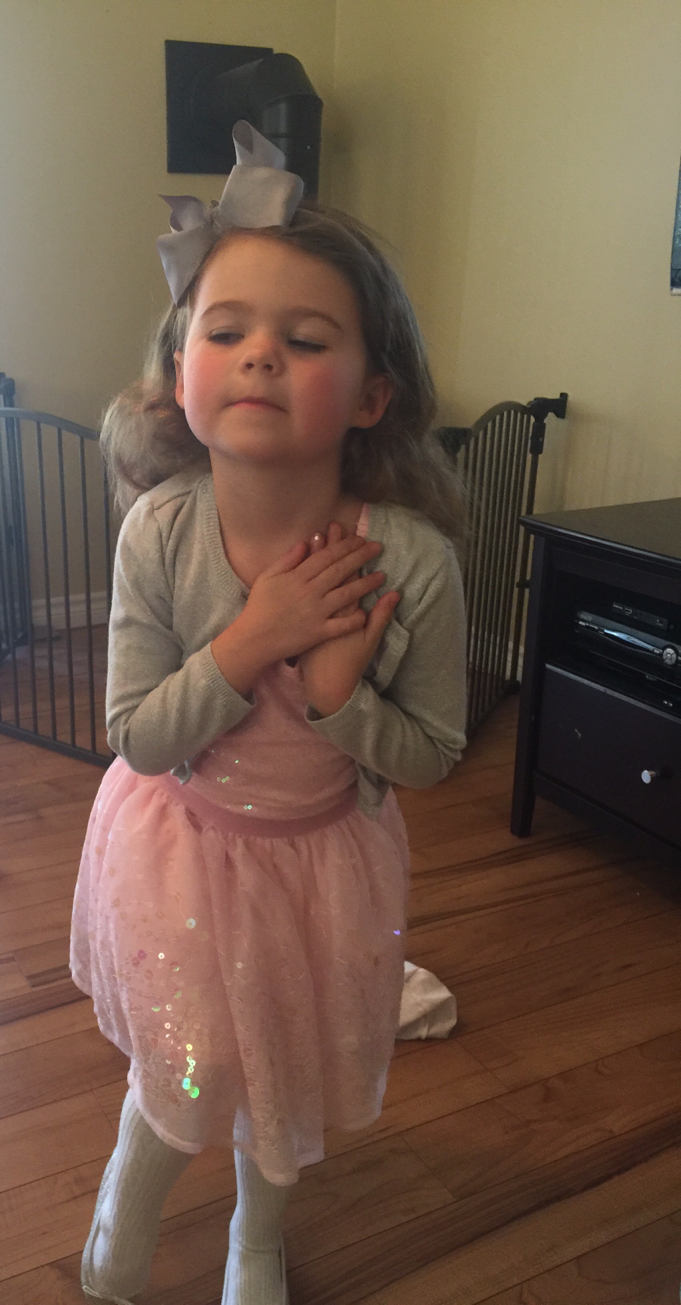 Before Christmas last year, the family went to Moncton to see the local production of the Nutcracker and our girl was enchanted with everything about the show. Even the two year old, though a tad squirmy, was also fascinated with the performance. 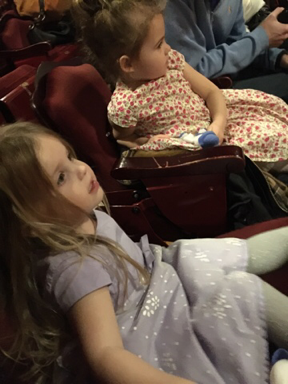 Last weekend, their grandfather and I took the girls to see an afternoon performance of Sleeping Beauty by Ballet Jörgen at the local theatre. Tchaikovsky's music means ballet to the girls and when the curtain rose and the music started, they were enthralled. The older one was riveted for the whole performance while the younger checked in periodically. She was her three year old self for the two hour show. 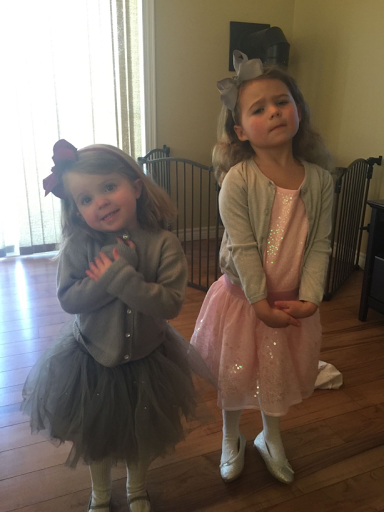 Ready for Sleeping Beauty
While I love ballet and classical music, my husband is a country music fan, but he wanted to experience the performance with the girls. Besides, one of us could take a misbehaving child out of the theatre while the other stayed. We joked about him needing to be the one who would have to be taken out. His love of his granddaughters outweighed his own reluctance to watch ballet.
The older girl has told her mother that she dances in her dreams and has performed the role of Clara from the Nutcracker. On this day, during the intermission, before the curtain went up again, she told me, “You know Nanny, I'm going to be up there one day."
Who knows what Sylvie will do, what she will become? Her ability may not match her interest in ballet. I do know that for a five year old, she has an incredible attention span and interest in dance, especially ballet. We, her family, will continue to encourage her to follow her dreams.
Next year, it's Swan Lake...without her grandfather! 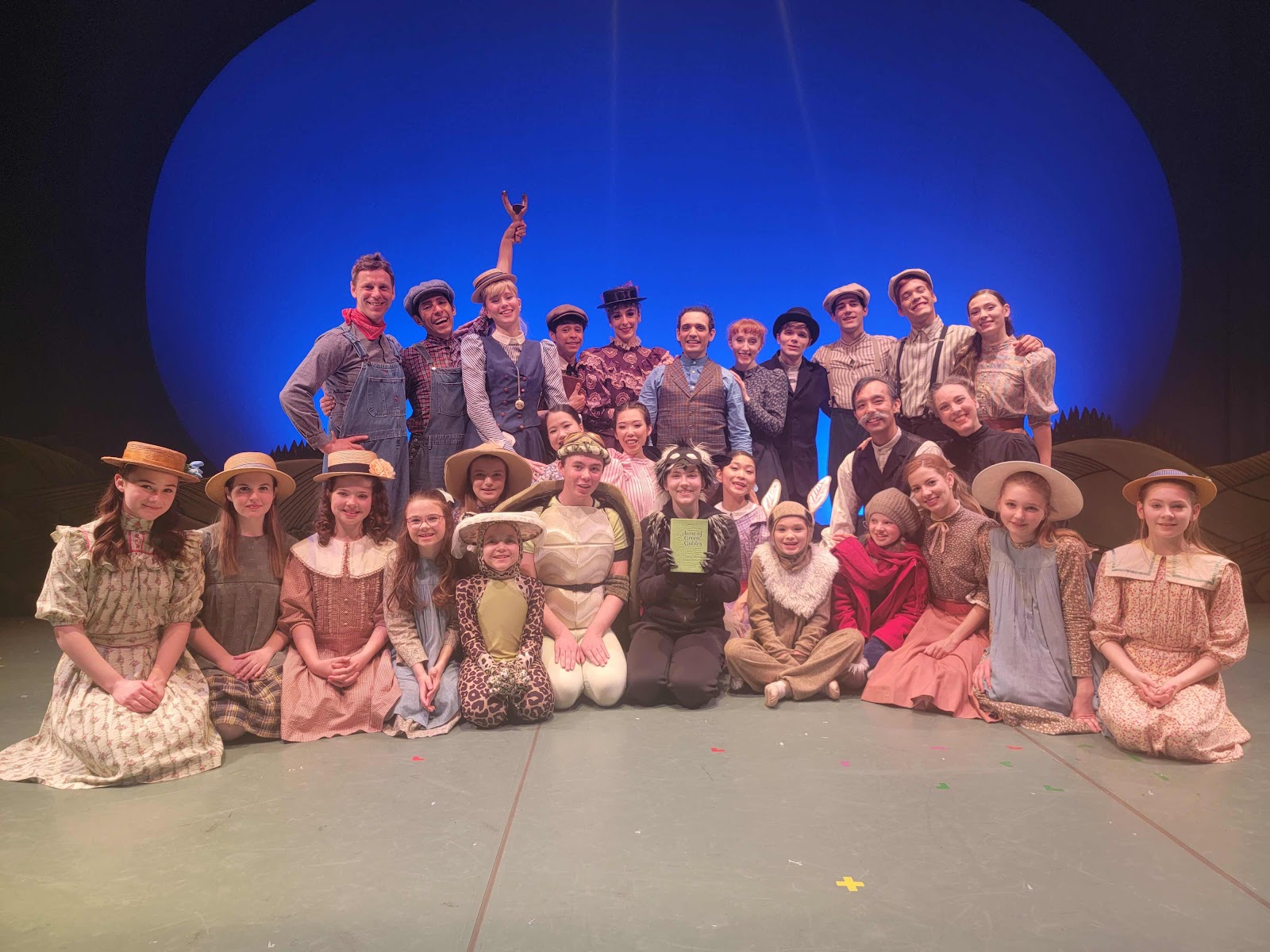 These photos will be even more precious in 20 - 30 years and more. Won't it be interesting to see where these two end up in life.

Beautiful sweet story!
Follow your dreams!
Have a wonderful week!

I wish both young ladies every success in realising their ambitions. Charming photographs.

She showed her promise early! How wonderful that she is now dancing with Ballet Jorgen herself!

She certainly knew her path early!

I love her determination and focus. This is a lovely post - and you must be very proud.

OMG, Marie. Based on what you've written and what I've seen, I have a feeling it's her destiny! It's like it's all inside of her. I can see why you're so proud of her.

Cute photos! I believe the girl is focused on ballet dancing. I wish both of the girls to fulfill their goals and ambitions.

I can appreciate the music for ballet, so even if I don't care for ballet itself, I can still enjoy the evening.

Her attitude and determination will take her a long way.

You are doing a wonderful chronicle. A reference for years to come....

Amazing that such a young child is so interested in ballet. Good luck to her in the future.

Little bitty ballerinas are the cutest. My daughter had lack on coordination when she was little, she would trip, fall, stumble and crash into things so at the age of three I put her in ballet. It was so much fun.

Sound like a lovely time.
Coffee is on and stay safe

What a lovely dream for a young girl to have. They are adorable in their tulle-skirt dresses.

Such a beautiful post and heart warming photos of the kids. I took ballet until I was in high school and loved the classical music and the dance.

How cute is that?!?! Posts like that are exactly why we blog, to go back to and relive those moments in life one might otherwise forget.

your granddaughters are cutest little girls i ever saw dear Marie :)
they have the grace , depth and sensibility of their grandparents as i feel you are such a refined soul with deep understanding of life and love of literature :)

whatever the sylvie will be she has tremendous support of both of you and her parents and that matters most for laying the strong foundation of the personality .

thanks for the photos the last one is special !!!
hugs and blessinsg

Your words and the adorable pictures made my day.
Both girls are very photogenic. Lucky you ... 2 of my three children ran away when they saw me approaching with a camera ... but the third one (female) made up for them !

What a lovely post and Granddaughter. I wish her well if this is to be her heart's dream.
Marie, I have left a message on my blog.

we had to get the 'smart' phone, because of a glitch with our order-and-pick-up-groceries. a glitch I spent hours, trying to fix. even calling the 'big' company itself. -sigh-

now that I have the lively jittebug3, I am happy. not totally used to it yet, of course. but am very happy, that the little instructions, are done, for an older and not techy lady. -smile-

and our family is relieved, to have us have texting ability. so much easier, than a phone call, just to say some wee little thing, etc.

But our land line lives on!!!!

It is wonderful to see a child so interested in something. I wanted the Grand Girls to take ballet, it encourages such great posture, but it turned out gymnastics worked better with their Dad's schedule.