At North Cape on Prince Edward Island, the lighthouse keeps its silent vigil at the tip of the western end of the north coast. 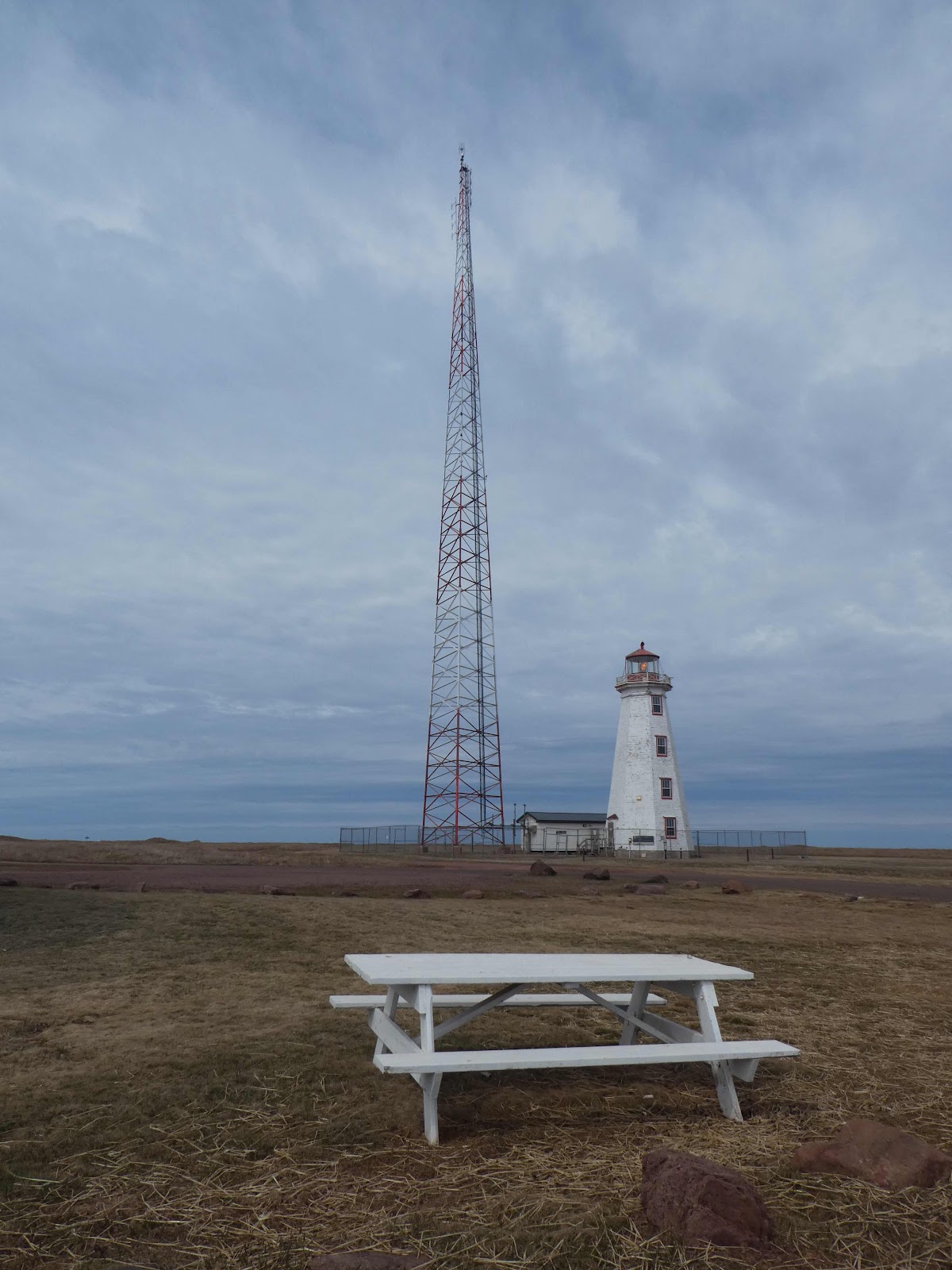 A small flock of Common Eider ducks hangs out on a sand bar formed where the waters of the Gulf of St. Lawrence and the Northumberland Strait meet but the birds are difficult to photograph in the high winds.

Offshore, boats are on the water again after months in storage. Preparation is underway for the lobster season. 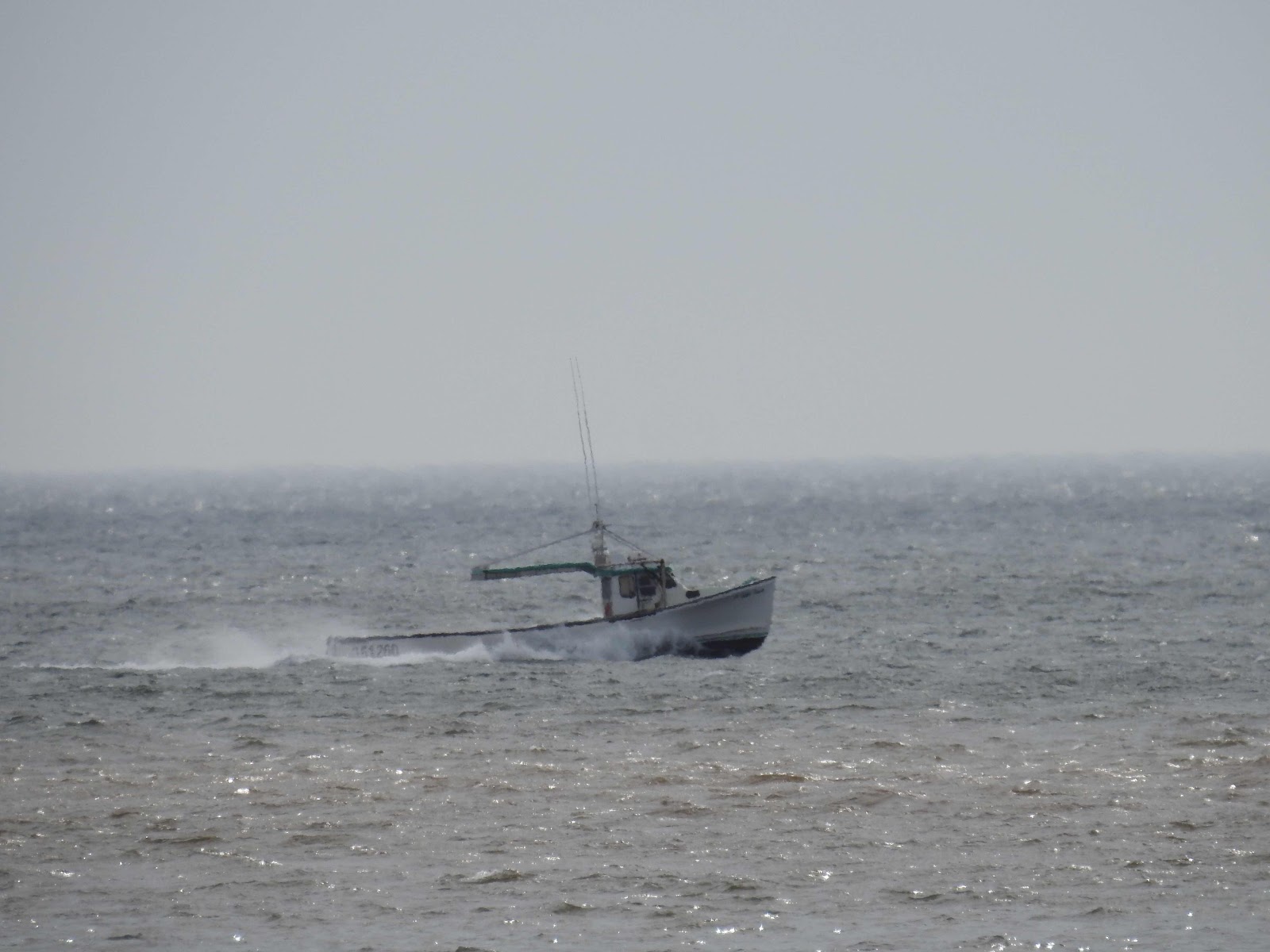 Along the shoreline, a wind farm turns its vanes into the wind, generating electricity without major environmental impact. 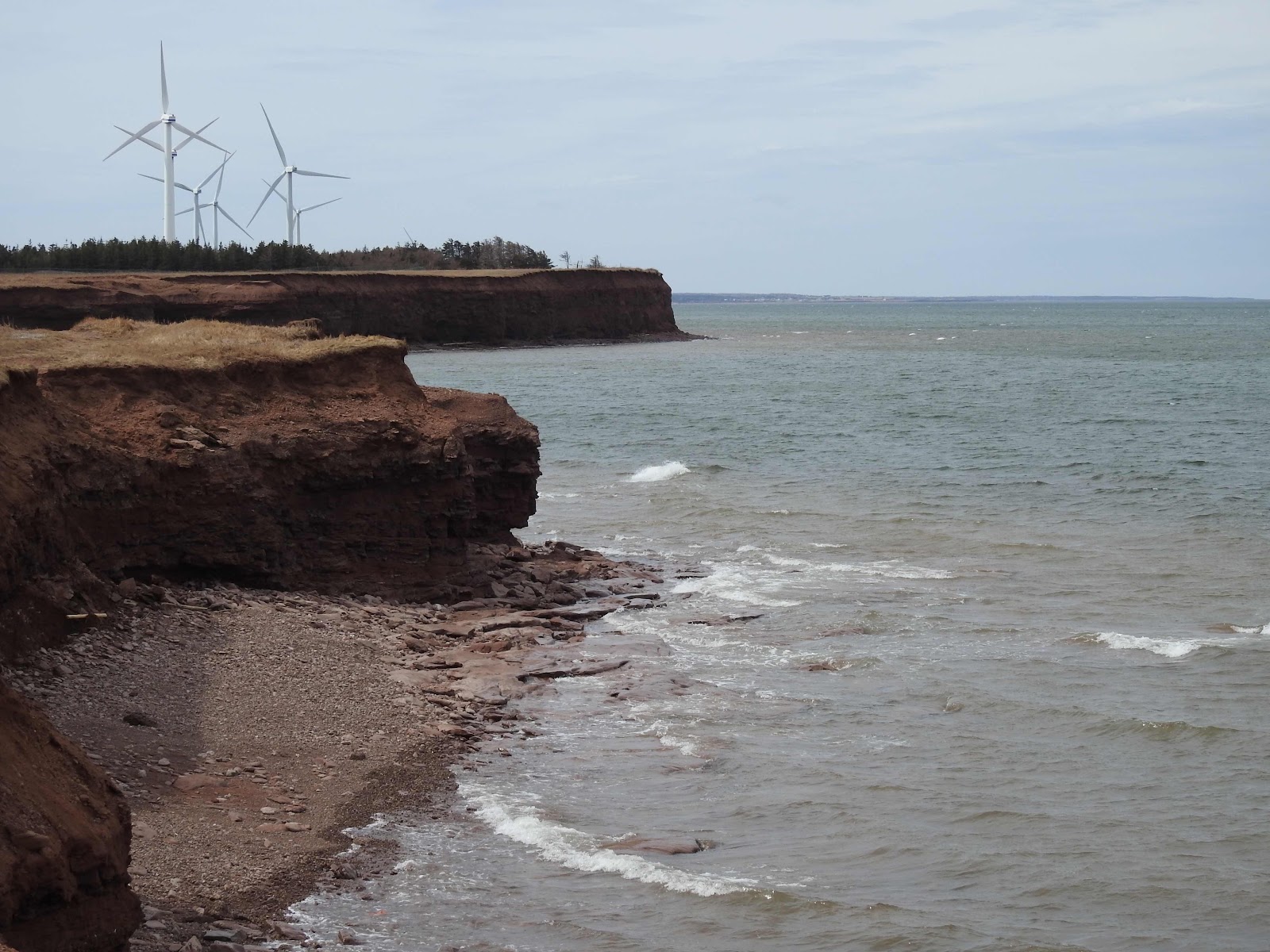 The shoreline itself is sculpted by the wave action, the sandstone giving way to the rhythmic action and constancy of the sea in this exposed area. 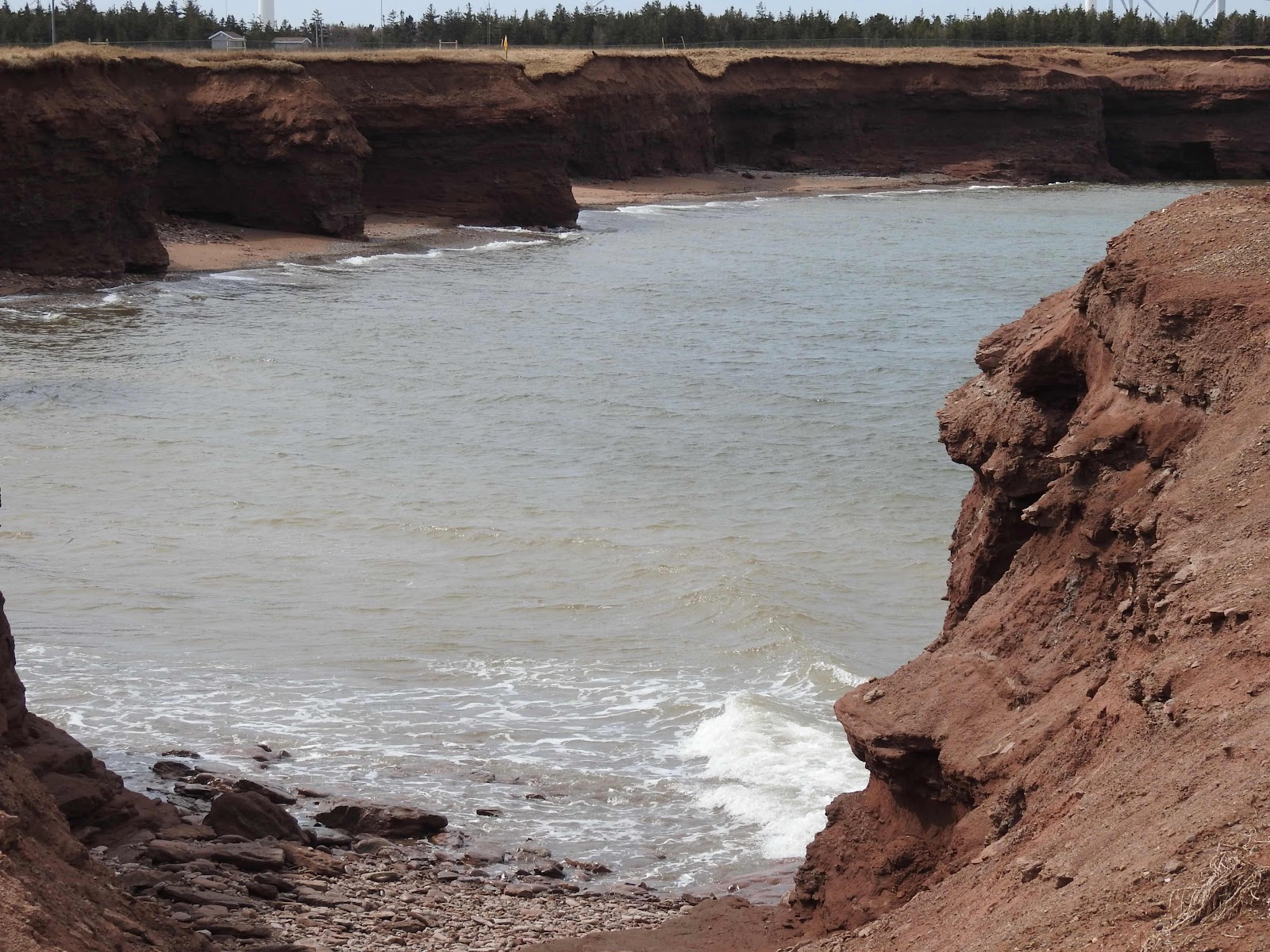 A gully to the beach 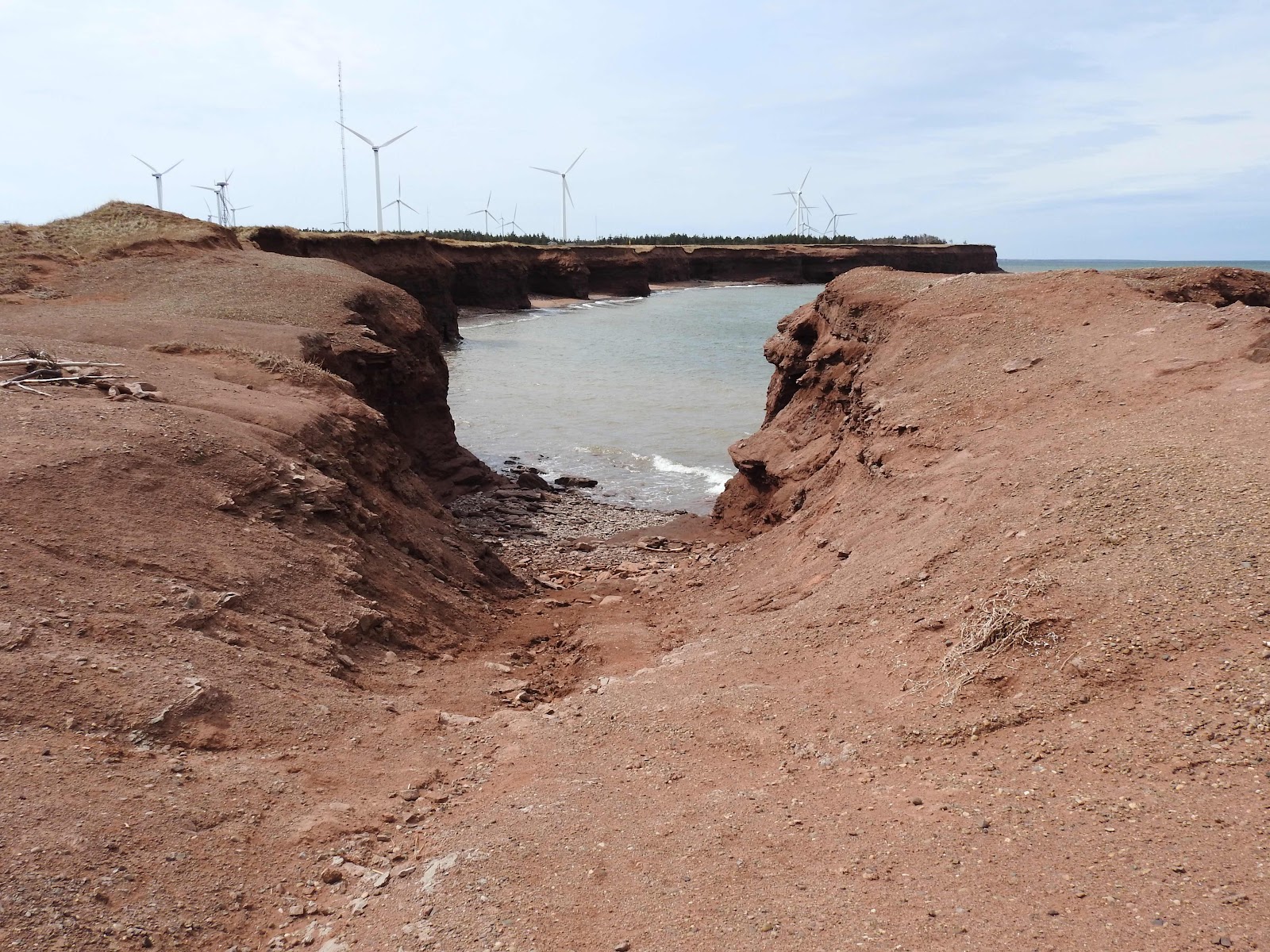 is bordered by a sea arch well on its way to becoming a sea stack. 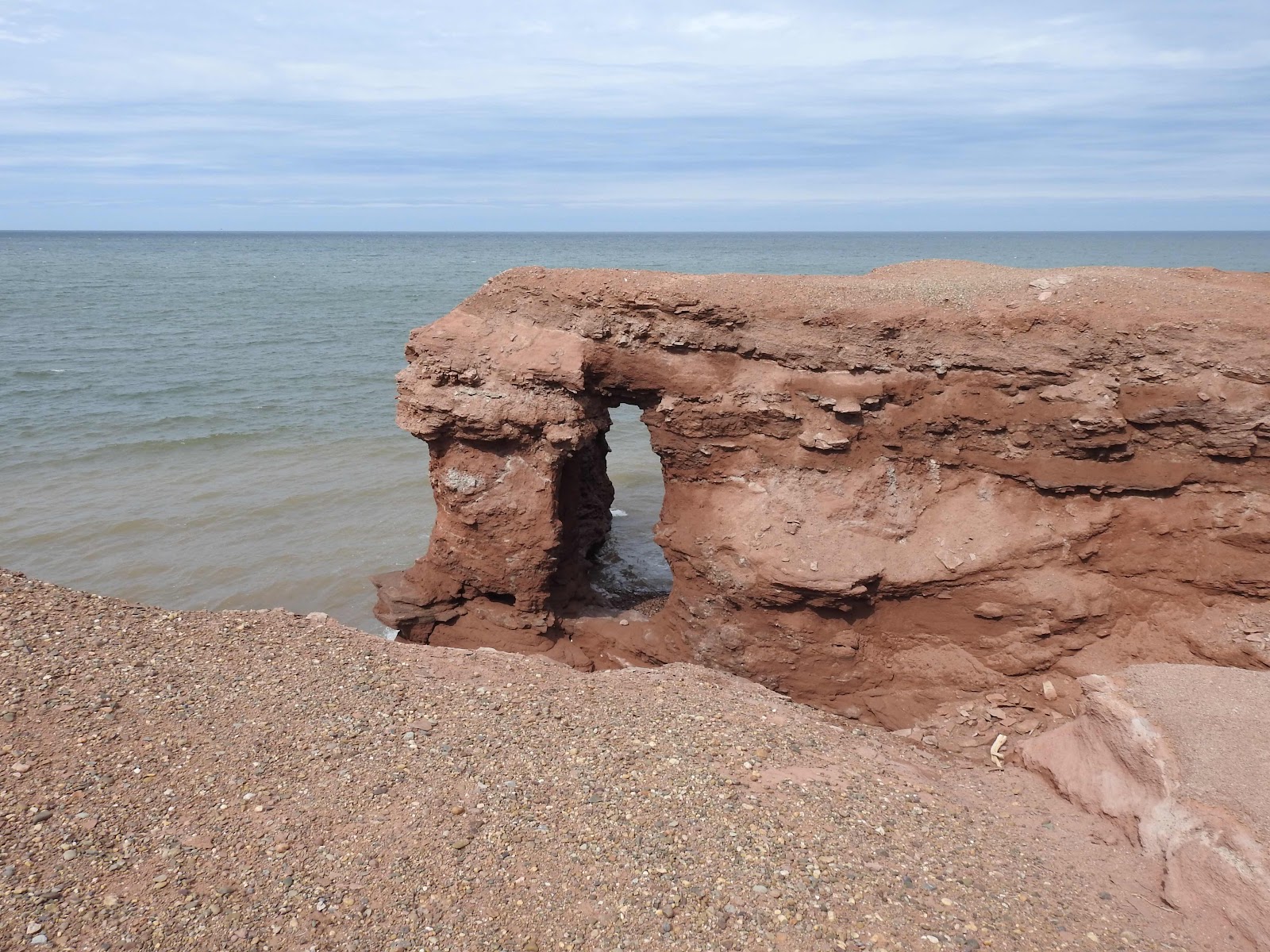 At Tignish Shores, a lone walker is looking for sea glass. She searches there every day the weather conditions and tides allow. 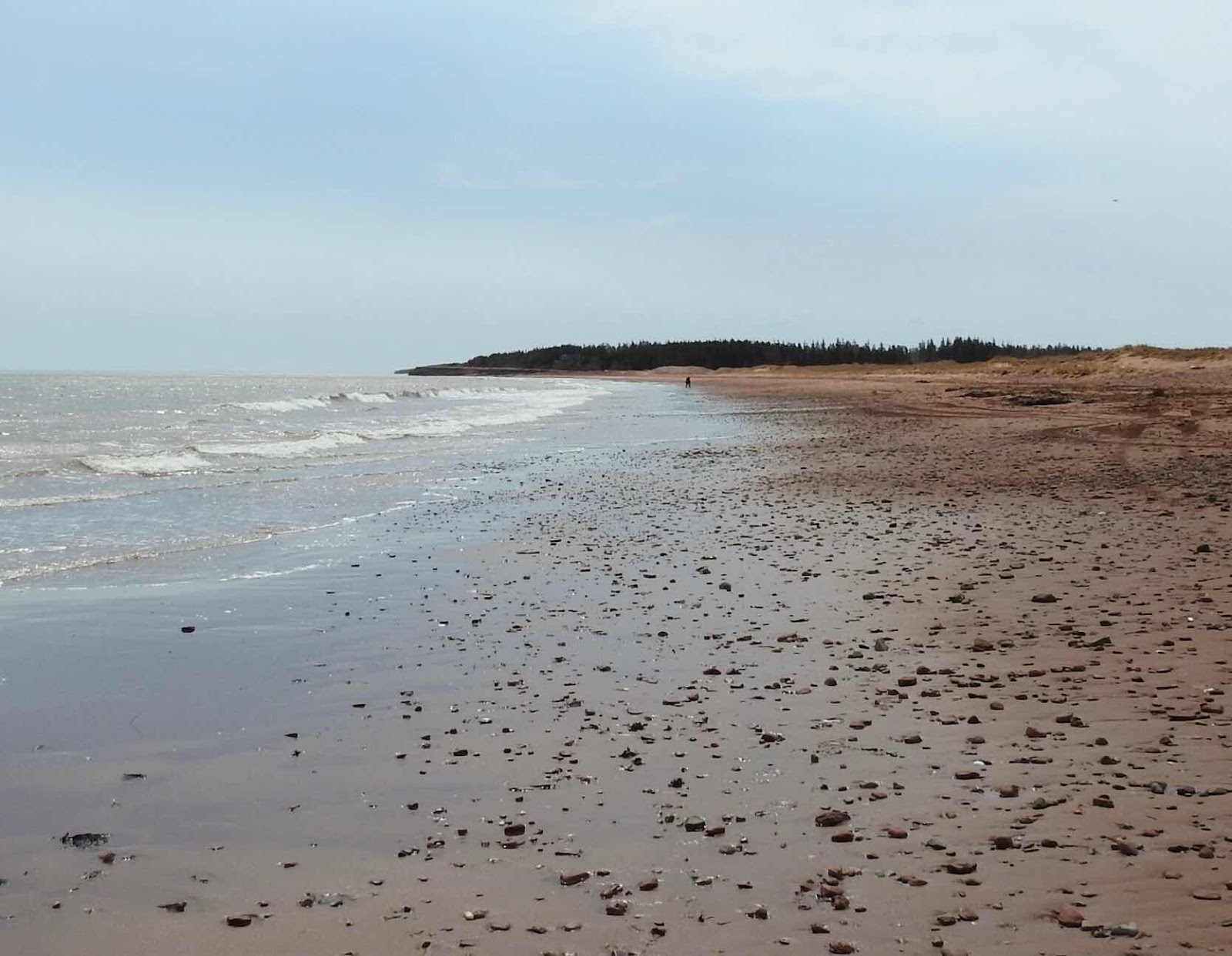 Gulls are her only company most days. 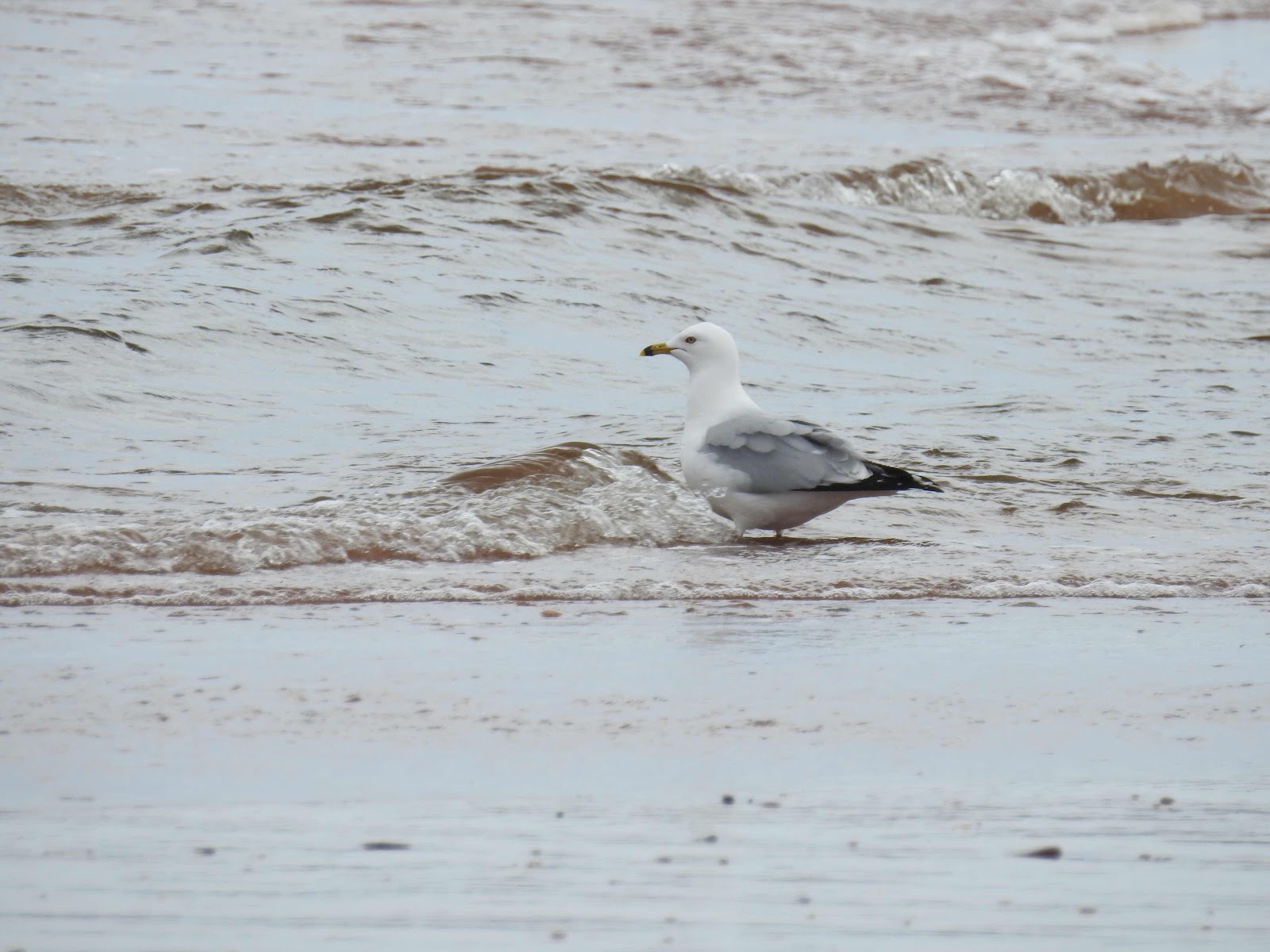 In a field along the road, horses graze while the wind turbines work nearby and the sound of the sea is carried on the breeze. 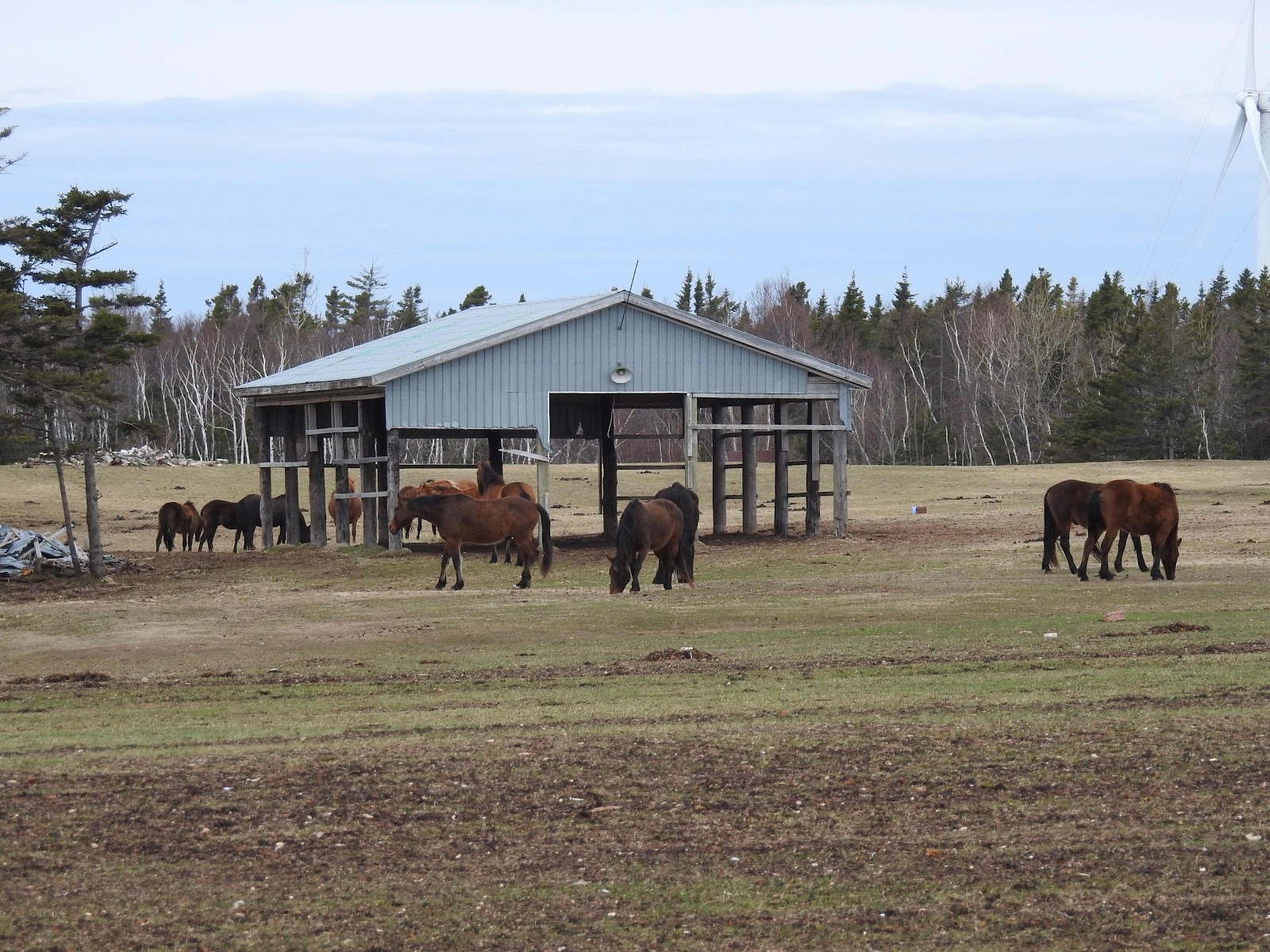 One’s senses awaken with a visit to the North Cape after what feels like a long winter sleep!

Still looks chilly to me.

Your pictures and prose are perfect. I truly enjoyed this stroll with you. Sending you big virtual hugs, Marie.

Such lovely scenery and such a lovely outing. The shoreline that is created by the waves is unique and interesting looking. All seems very peaceful.

Great examples of headland erosion which I once taught or tried to.

You know I have never seen a lighthouse or been in one. Hoping that changes in July when I go to Calif. There is one around there and I requested that my son, DIL and I go. Great pics.

Beautiful. Thank you. And I loved realising that at some stage you have obviously chatted with the searcher for sea-glass...

I bet that was so fun to go there...I bet your senses did feel like the had awoke from a winter's sleep.

This was such a good post that I felt like I was there. Thank you for sharing. Have a wonderful week.

I could happily keep company with the Sea Glass Lady. I love it when I find some but it is fairly rare around our coastline.
Loved your narrative today :)

We are now on the Island, Marie. Hope to see you later this week. Checked the Osprey nest this evening and it was occupied. Several Song Sparrows, Common Grackles, American Robins, Herring Hulls......

The island is waking up to spring.

I hope that walker finds plenty of sea glass and sells it for plenty of money.

That would be a very pleasant place to visit.

We had president said Wind Mills cause cancer. So glad the days are longer.
Coffee is on and stay safe

I love this post Marie. Your strong empathy with nature is clear to see.

What a lovely place for your walks. I love the view of the lighthouse and beach, the arch and shoreline are beautiful. Take care, enjoy your day!

Wind and water are great shapers.

I wrote a long comment answering your questions and giving you some info, on your last post. I don’t know if it posted there or not. There’s trouble with comments on blogger these days. Let me know if you didn’t get it.

Marie, your descriptions are so musical. I really enjoy the way you write.
I feel the wind and the sea breezes in your narration.
Sue

Your narration with the photos enhances the pictures and I moved through like I was reading a novel. You are a very talented person. Thanks for showing me your part of the world.

I like the idea of producing electricity with wind farms. Sadly, but in my country they are very rare.

The jagged coastline is eerie but beautiful. I do love the wind farms seems to make so much sense to me.