Down by the Frozen Bay

While our neighbours to the south along the eastern seaboard of the United States were pounded by a blizzard last weekend, we had two glorious winter days. We bundled up and headed down to the boardwalk by the bay. 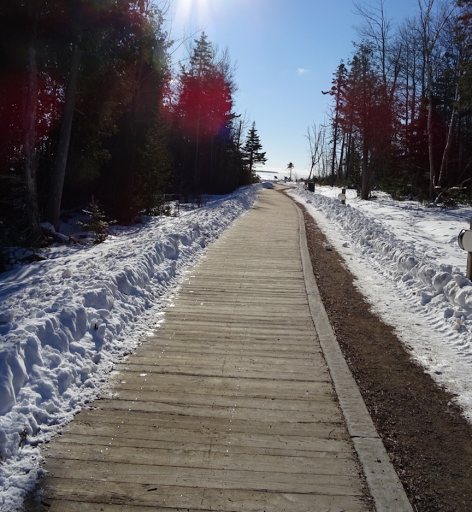 With the windchill, it felt like -11 degrees Celsius, so bundling up was essential.

The bay is frozen and snow covered now; 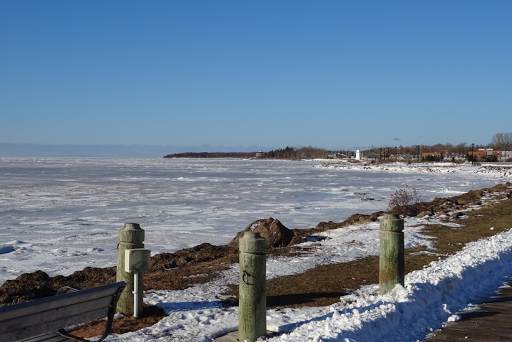 the sun with the blue sky made for a brilliant day. 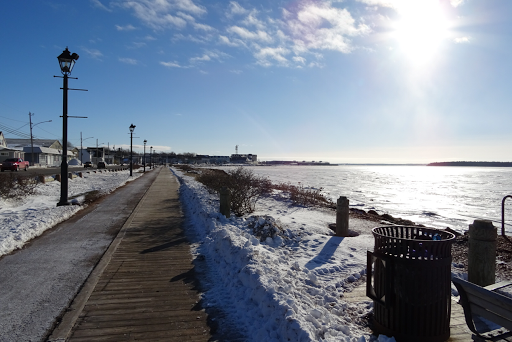 Summerside, at sea level, is near indistinguishable from the sea as ice and snow blend together now. 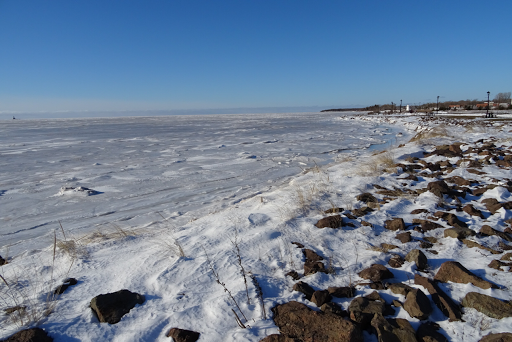 The boardwalk, the human-made contribution to the scene, is bare and safe under foot. 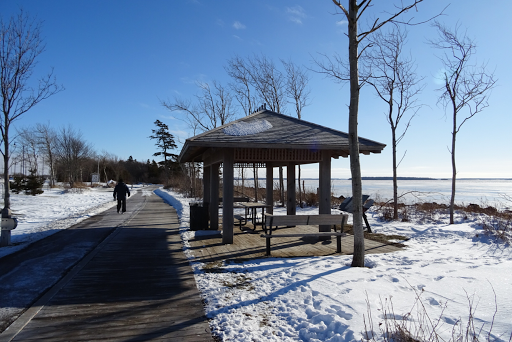 There were not many people out that Saturday morning, not too many willing to brave the cold. But the place and the circumstance were beautiful; 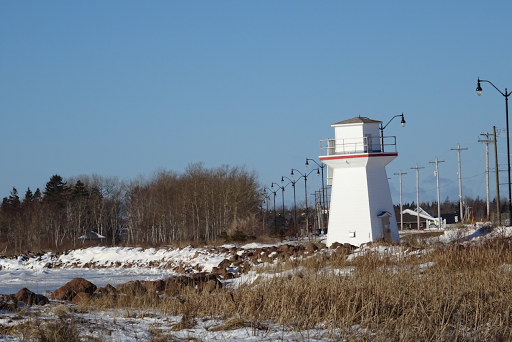 a short walk and we were ready to head home, make some soup and sit by the fire. 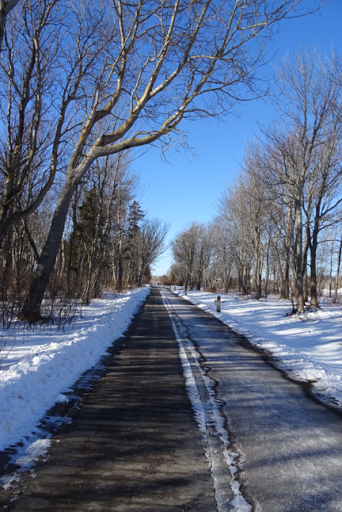 A book of short stories awaited
Posted by Marie Smith at 03:36

You have such a beautiful snow in the blue sky. The frozen bay allows people skating?

It does look cold but very inviting nevertheless. Such beautiful scenery, and that nice walk, all cleared for the pedestrians. Lovely. :-)

I always find that board walks can be extremely slippery in the winter.

There is an outdoor skating surface along the shoreline as well. The bay is too uneven and dangerous yet.

There is always something new to catch the eye there!

It is a great place to walk.

The council keeps the area well salted. Maintenance of the boardwalk was a major request of the people of the area at a recent council meeting. The staff does a great job.

This looks gorgeous, what a very lovely place you live in.

I am trying to fit your title into the tune, and I just can't make it work. ;)

It is a beautiful place indeed, Ann.

There aren't any watermelons there either!

Raffi is still touring. We are taking our granddaughters to see him in Charlottetown later this year. He entertained their mother years ago.

I would have been in heaven on such a walk, Marie. In fact, the one thing I lament the most these last few winters is not getting snow like they used to get in the good ol' days here in the Netherlands. We had a week when our temps got down to 25 F for a few days in a row, but they're back up to the mid-40s now. Not what I would call a real winter. (sigh) But YOU got to enjoy a glorious day. I would have joined you!

See! I can come here and see things that I would NEVER see here.
To see a frozen bay!! I would simply stand there and look and look and then just keep on looking! To see any body of water frozen would thrill me.
I love the snow drifts....
Beautiful.
(Can you tell that we don't get snow here in South Georgia!! )
Hugs,
Jackie

We have had glorious weather for walking by the bay and the area is well maintained. We are very lucky!

I think I would like a winter without snow. We are having more tomorrow. We've had four wintery blasts this year but the snow disappears, then comes back again. The bouts between those blasts have been great for walking the boardwalk.