The Importance of Goodbye

That summer everything changed. Dad was sick. He had no energy, and slept a great deal. This behaviour was different for Dad because at fifty-nine, since his retirement, he'd kept busy. Medical tests were negative. Then my parents attended a wedding where Dad collapsed. At the hospital a chest X-ray showed a tumour between his lung and chest wall, growing onto his aorta. He did not have long to live. 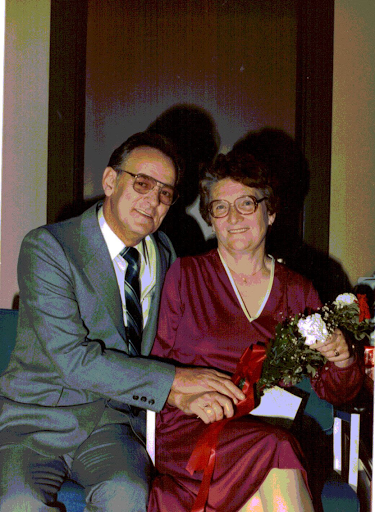 Dad and Mom
During this same period, my grandmother O'Brien, Nan, had vascular dementia, living in and out of the world which included her family. By February, after Dad's last cancer treatment when doctors could not do any more for him, Nan was more often in her own world than in ours. 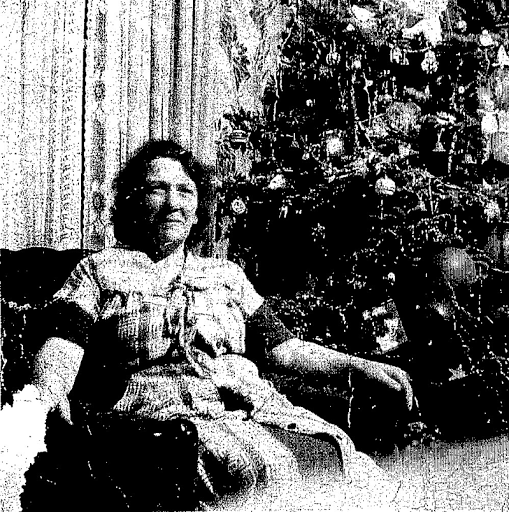 Nan
At this point in my life, I was married with one child, our daughter, Claire. In my teaching career I was principal of a small all grade school where I taught as well. My husband, Rick worked in the same school.
In February, I had a few days with my parents during which time Mom and I took Dad to see Nan. We spent every Sunday with Mom's family when my brother, Frank and I were growing up. That day, on the way to Maddox Cove, Newfoundland to see my grandmother, I realized this could be the last time I would drive to see Nan with both of my parents. 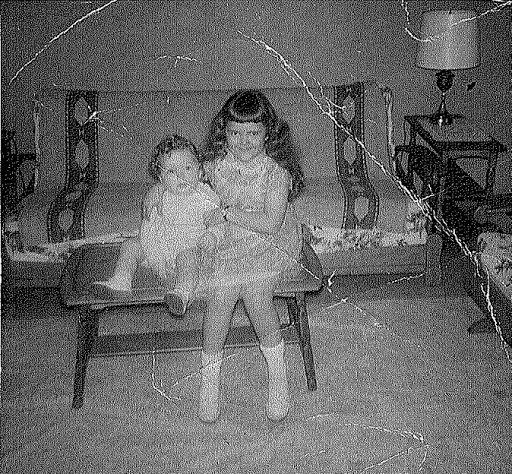 My brother and me
My father had a great relationship with both of his in-laws, though my grandfather was long gone by this time. Dad's mother died when he was fourteen; he respected my grandmother O'Brien and thought of her as a mother figure though he always called her Missus. They never had harsh words and Dad helped Mom's family any way he could. There was mutual respect between my father and Mom's parents.
When we arrived in Maddox Cove, Nan was in her usual place on the daybed by the stove. She did not know me when I entered with my parents. I sat next to Nan with Dad on my right.
Nan looked like she had for the last few years except her hair was graying at the temples now. She was thinner as well but her face was still smooth with few wrinkles. She looked younger than her eighty-five years. Her hair was lovely, kept that way by my mother who could have been a hairdresser.
After I spoke to Nan for a few minutes, she recognized my voice, though not my adult appearance. Then, pointing to Dad, she said, "Who's that?"
"It's me, Missus. Sam," Dad replied. After all the treatment, Dad looked nothing like himself. He'd had radiation on his brain where the cancer had migrated, lost his hair and taken steroids which left his body swollen. If Nan had all her faculties she would have had difficulty recognizing Dad.
"Noooo, that's not Sam," Nan said.
"Yes... it is, Nan. He's... been sick," I said, choking back the tears.
"Noooo, that's not Sam. That's an old man," insisted my grandmother.
"Yes, b'y Missus. It's me," Dad was able to say but then fell silent.
Sat there that day between these two people, I grew up. Neither of them was anything like the person I knew and loved. Yet, here they were, in essence the same, but each fading in his and her own way. Sat there, realizing the loss already, what was to come, the finality that was on the horizon, the days which would never be again, I shed the last vestiges of innocence. Being married, having a child, working, had not matured me the way this moment had.
As I drove back to my childhood home, I felt drained. A girl had driven her parents to visit her grandmother one last time; a woman drove them home. I had a few months to assimilate what I had learned. Dad lived two months, Nan less than a year.
That day, in part, made me who I am today. It is woven into my being and as real now as it was then, a coming of age, guided by two loved ones saying goodbye.
Posted by Marie Smith at 03:59

What a powerful post. Such insight as well as pathos.

So well written, Marie. I can feel for that girl who had to grow up in the way that we all do, sooner or later, facing the fact that we are mortal beings with a limited time to enjoy our short stay on Earth. Blessings to you and your family. I was there with you in your words. :-)

A knockout punch of a moment. Beautifully remembered and written.

This tugs at my heart....
Gentle hugs to you.
Beautifully written.

We all face that moment sooner or later. You have described your moment perfectly.

One of those life moments you never forget.

Thank you Jan. Finding the words to express that part of the human experience was not easy. I've written this piece for years.

It was tough and we all go through it at some point.

Thank you Jackie. It was hard to write but had to get out.

Finding the words for such moments is tough. We each experience it in our own way.

Touched me....
Thank you for sharing it.