News from the Bay

Sometimes the history of a community tells us a great deal about our family history. We discovered some family history recently in an old newspaper article from the Bay Roberts Guardian, February 20, 1943. Over a number of weeks, the paper printed a lecture given by the Reverend M. Blackmore in 1865, about the early history of the town of Bay Roberts, Newfoundland where my husband's great grandfather, Richard F. Mercer was born. Our discovery helped us understand a bit about this man who died a decade before we were born.
Bay Roberts, located in Conception Bay, was settled later than the neighbouring communities of Harbour Grace and Carbonear. Fishers from the Isle of Jersey in the English Channel worked in Newfoundland waters around the year 1560. 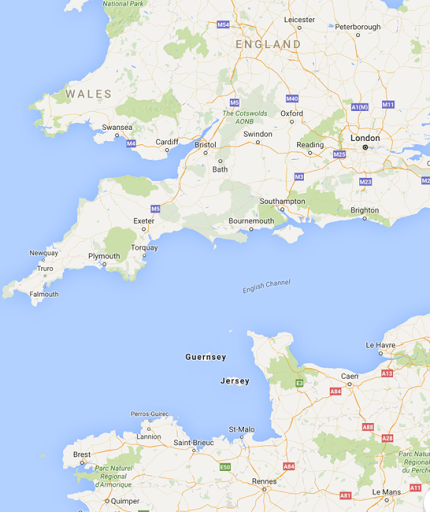 The community began as a fishing station about 1700 when these Jersey men established a summer station for salting fish as they worked the Grand Banks. One area of fishing stations came to be known as Mercer's Cove in Bay Roberts. 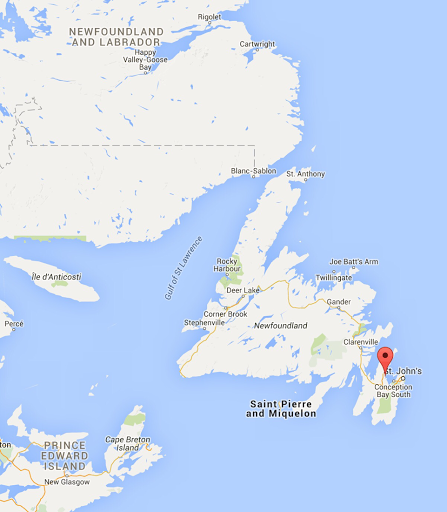 Red marks Mercer's Cove
The first permanent settlers to Bay Roberts, the Earles, may have come from Belle Isle, leaving there to avoid conflict with the French. It may be that the Mercers came from that area too, both families settling in the bay in the 1790s.
By 1800, the community had houses located in various locations along that arm of land extending from the bottom of the bay, including Mercer's Cove. At that time there were no roads; a walk along the beach at low tide was one path and another meandered through the woods. It would be many years before the people cleared rocks and forest to make a road. 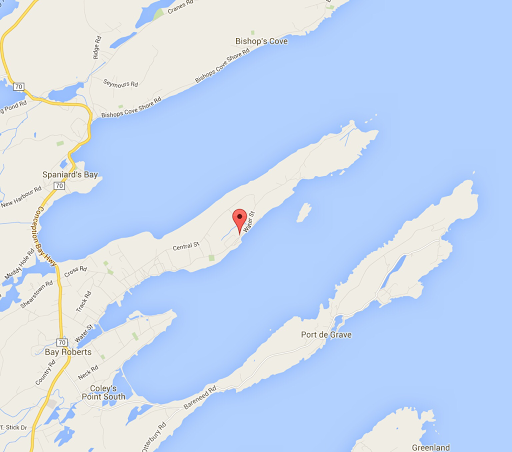 Red marks Mercer's Cove
The Mercers expanded to other areas along the arm as their population increased. However, a number of community services were in Mercer's Cove. One of the senior Mercers opened his home for Church services. When a visiting minister was not available, a local man led the services with prayer, verses and a sermon. After this senior Mercer's death, he left his home for religious services for any minister or preacher. This building was in use until a proper Church was built.
Reverend Blackmore spoke about the consecration of the new Church in Bay Roberts as well. He referred to the Church of England Bishop for British North America and Reverend Wix from St. John's sailing into the harbour for the occasion..
When disputes arose, some of the senior men in the community worked to settle them. Sentencing could include time in the stock which also was in Mercer's Cove. 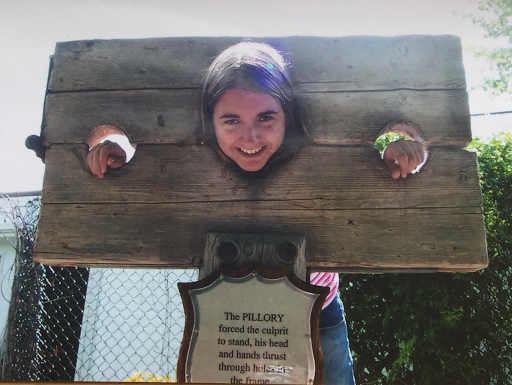 Our daughter, descendant of the Mercers of Bay Roberts
More serious infractions were referred to the court in Harbour Grace which was accessed by boat.
When a school was built in 1820, it was located near Mercer's Cove and the first school master was a man from England.
While we have not been able to trace our Mercer lineage past Richard's father, Eli Mercer, it is likely he is from this line of Mercers of Mercer's Cove in Bay Roberts. With a trip to the archives we may be able to find Eli's ancestry. 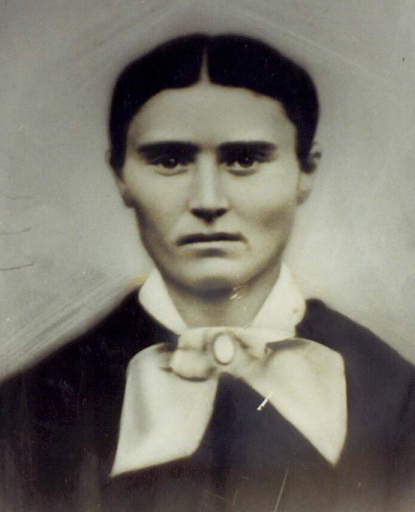 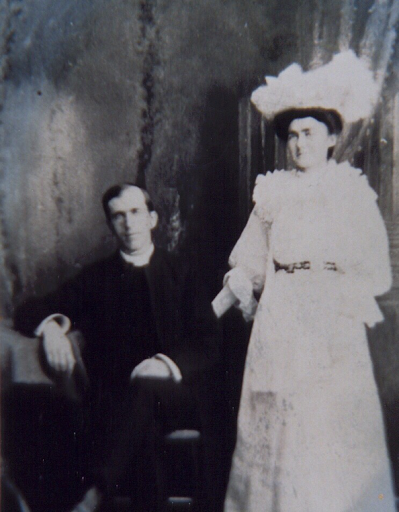 Richard and Clarinda Mercer
Their only son, Richard was my husband's grandfather. 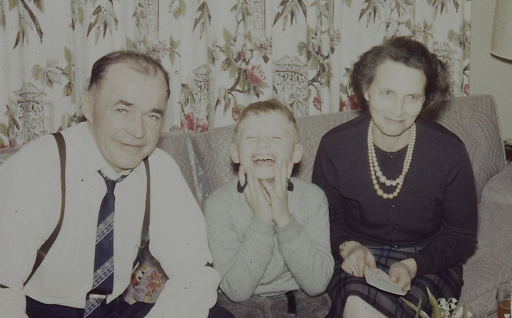 Richard Mercer, grandson Rick and Classie Mercer, wife
It is not surprising that one of the Mercers became a clergyman with the history of religious and moral commitment and education which the earliest members of the family encouraged. 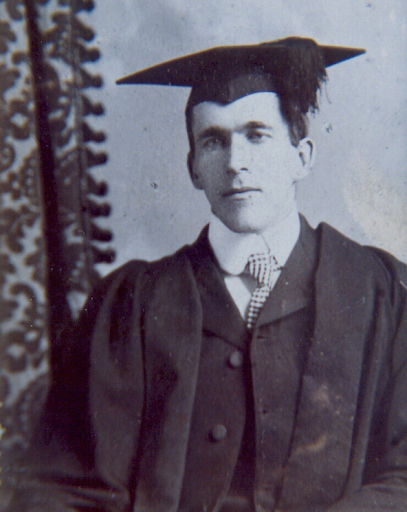 Richard, son of Eli Mercer, graduation from the ministry
The graduation photo of Reverend Mercer is the beginning of a life of religious service in the outports of Newfoundland. He did his family proud.
Notes
1. Reverend Wix travelled around the coast of Newfoundland and overland to perform weddings and baptisms for the faithful. He officiated at ceremonies for my ancestors in communities such as New Harbour/Dildo and Petty Harbour.
2. Also, our daughter is pictured in a pillory not a stock. A pillory holds your head and hands in place as punishment. Stocks hold the feet in place as well.
Posted by Marie Smith at 03:50

Hey, are you related to Rick Mercer of the CBC?

Not to our knowledge. That would be a hoot!

There is a lot of information in this newspaper. I bet you can't wait to do more research.
I didn't know that about stocks. Interesting!!

You have some good details and photos.

The language was formal and stilted and the print was small. It was not an easy read.

Some of the old bewspapers have fascinating stories that give a glimpse into life in the past. I will never run out of things to write.

I find all of this past history most interesting, Marie, because my own dad was a preacher and came from a line of preachers. It's like another world altogether, trust me! :)

It's always interesting to go back and try to imagine what it would be like to live then. Your daughter is lovely.

Our daughter is as lovely inside as she is outside. Thank you.

How wonderful, all the history along with family photos! I love to delve into family history, it is so fascinating! What a fun post to read.

Thank you for visiting, Connie.

Would Richard's middle name be Frederic?
If so he was deaconed in 1904 and priested the following year.

I accidentally deleted your email address in an effort to protect it. Could you please contact me again so we can communicate about the Mercer’s of Mercer Cove?