They stand quiet and deserted today, each a unique expression of the owner. You can imagine the activity around these fishing shacks during the fishing season. Early morning, fishers prepare for the work day, then tidy up in the evening. They talk about the cost of fuel, lobster prices, sea conditions and the day's catch. 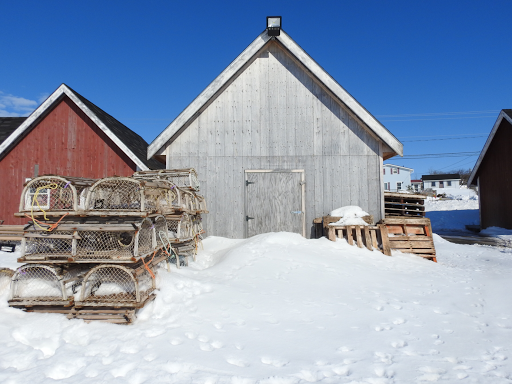 This time of year however, some shacks are inaccessible.
Others are cheerful colours, 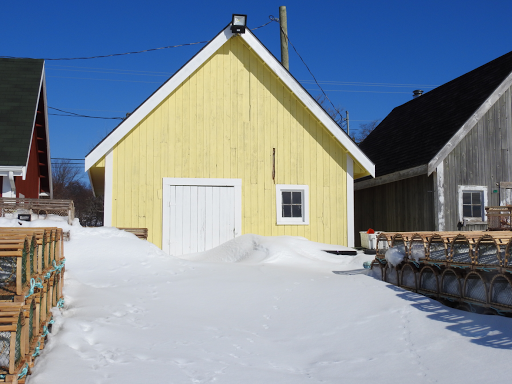 such as this yellow one which matches the sunny day.
Lofts maximize space in a few of the fishing shacks, 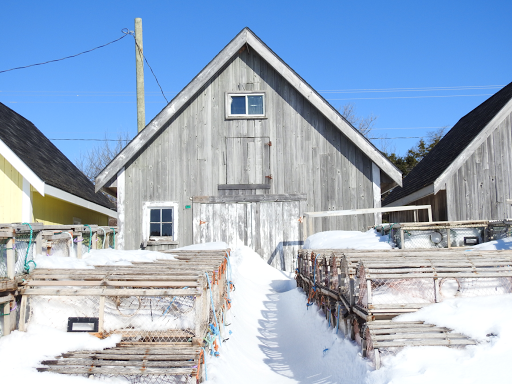 though these haven't been used recently. 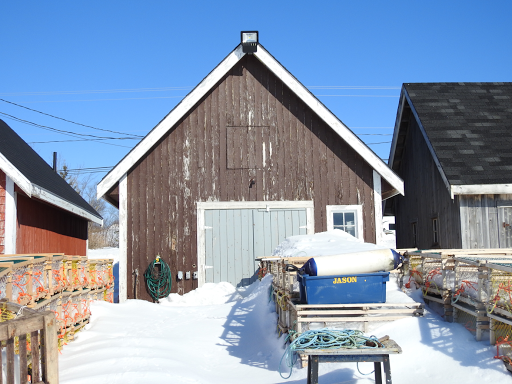 One decorative shack is covered with colourful buoys 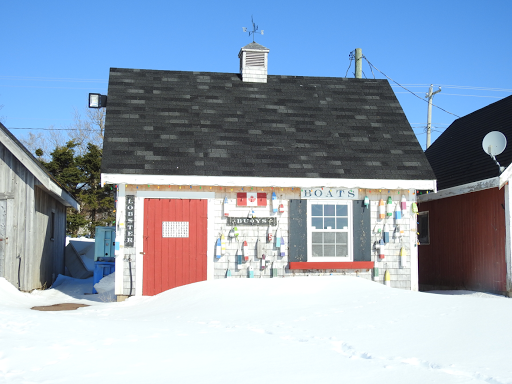 and a lovely weathervane on the roof. 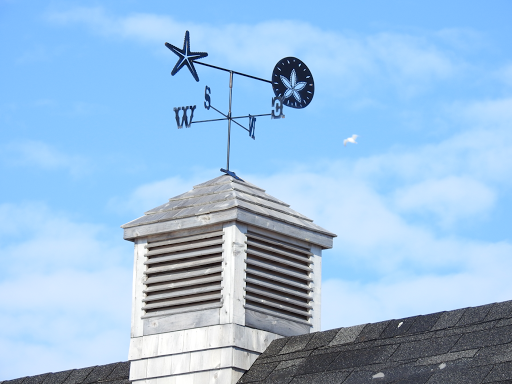 Another has a satellite dish, 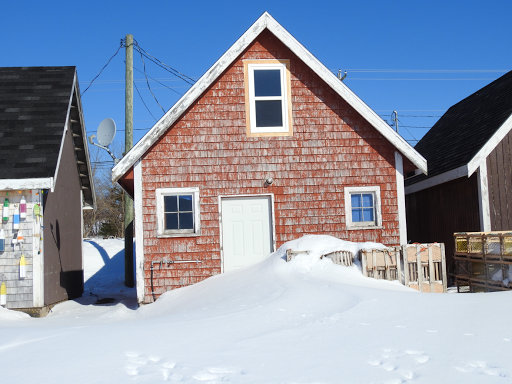 while others cannot be accessed until the lobster traps are moved away from the doors. 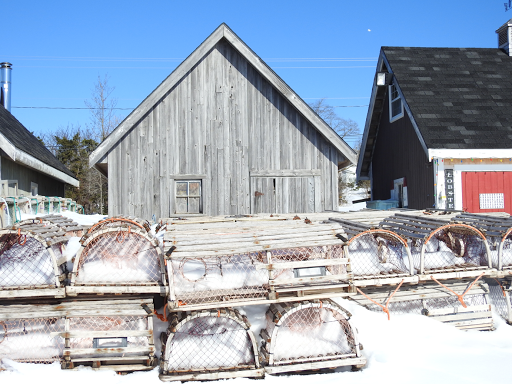 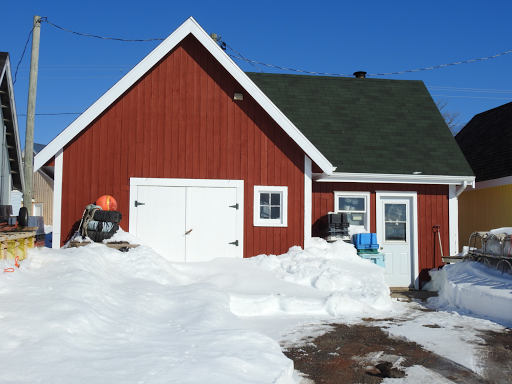 Rows of fishing shacks dot the coastline of the fishing communities of Prince Edward Island. They are testament to the history, culture and traditions of the people who build and use them. 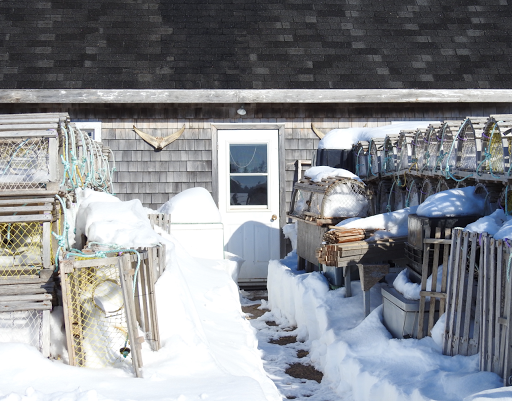 Good Morning, Marie. I enjoyed your photos of the fishing shacks...so different from anything around my area. Lovely to see the weathervane and colorful buoys, too. Wishing you a nice day.
Mildred

They make a lovely view.

What Mildred said. I was thinking of what to write and read her comment, which said it all exactly right. It looks like those two last shacks have been visited recently. :-)

Great idea for a photo series!

Neat! They look quiet right now but with all those cages I can imagine how busy they will be soon enough! I have note cards done by an artist (that I bought in New London, CT) of a shack with colorful buoys like your one pic! Andrea

what a great place to capture the stillness of winter and fishing. soon, this place will be active and busy with happy fisherman. i like the yellow one and the gray one - also the one with the buoys. it does look like someone has been checking on the last two!! beautiful captures!!

I remember seeing these. They are very nostalgic as so much is done by technical machinery these days.

The light yellow one and then the one with the rusty-orange door are my two top picks.

An alien concept to me - and a story I am v glad to read.

Isn't it great that there is so many different things to explore in the world, Mildred?

They lie in wait, Joanne.

Only two in the row were visited recently, Jan.

They just called out to be photographed, Debra.

People all over the world do similar things, don't they, Andrea?

Thank you, Debbie. It was a great place to visit.

They harken back to simpler times, Tabor.

Thank you, Mage. Hope you are healing well!

I always wondered how they fished for Morton Bay bugs, EC. They remind me of lobster.

OMG, Marie. If I were there, I'd "collect" these. How utterly charming. It looks like some could be lived in, at least for short periods of time? And I see that you found a weathervane. YAY!

Only you, Marie, would create such an interesting blog entry about a bunch of old fishing shacks. Love it and the photos.

Lol. I love the character of them, Ginnie. They speak volumes!

Very interesting close look at those fishing shacks that are so much part of maritime harbours!

Thank you, FG. The shacks are all along the coastline here.

It's surprising how much fishing goes on. The shacks seem mostly to be from a similar architectural plan.

From what I've seen so far, they are similar around the island, AC.

My husband likes fishing. He would be more exciting if he can try that way of your snow area.
Have a good weekend.Marie.

Your husband would enjoy a visit, Tomoko.

My dear husband and his younger brother are avid fisherman. I love fisherman's stories. So good to see those shacks. You do live in a beautiful area Marie!

Fishermen are the salt of the earth, or is it sea, Angela?

They look so different surrounded by snow! Sarah x

They really do, Sarah.