There aren’t many trees here, just a few conifers, rocks and shrubs. 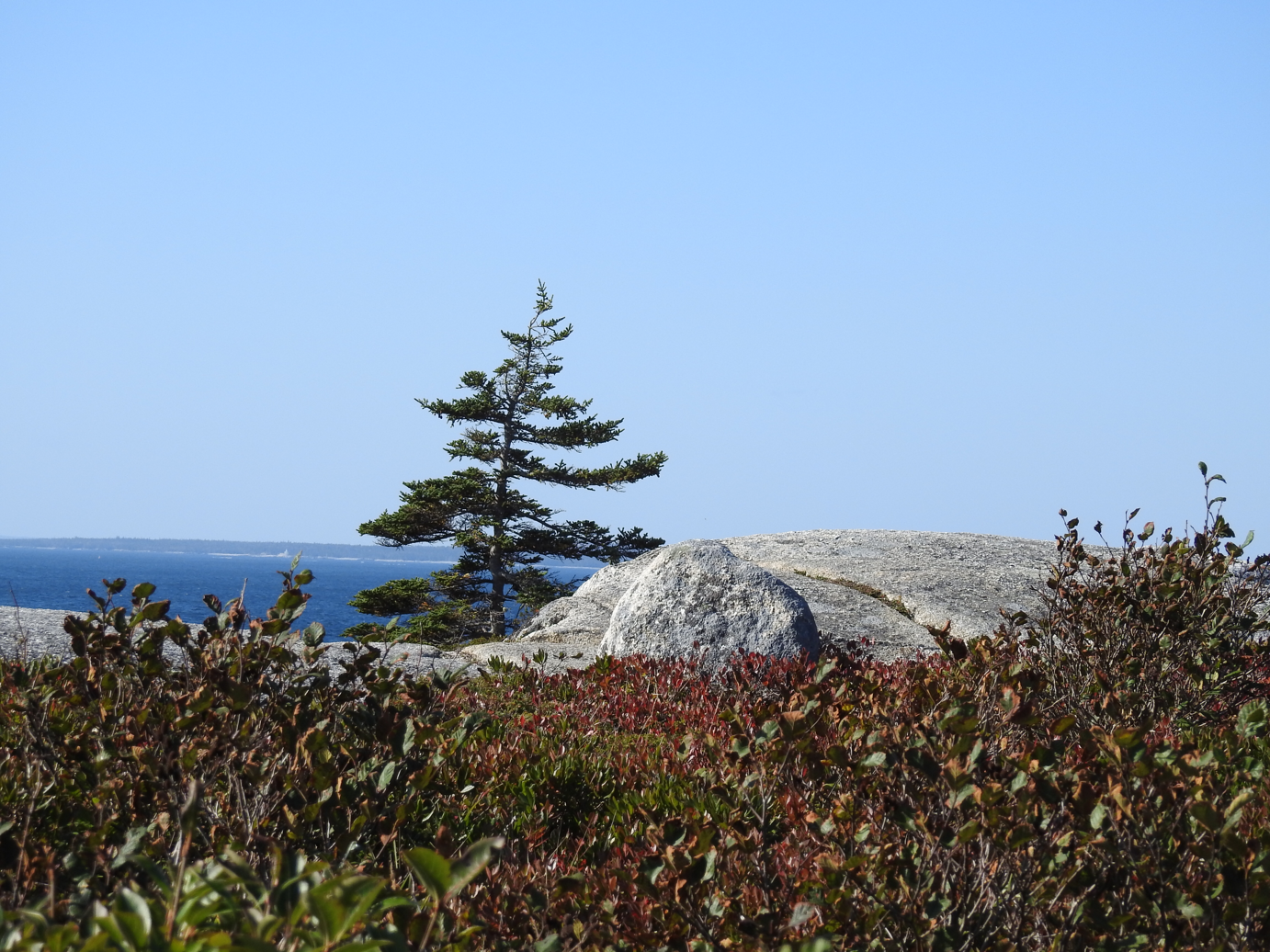 The earth is red with autumn colour. 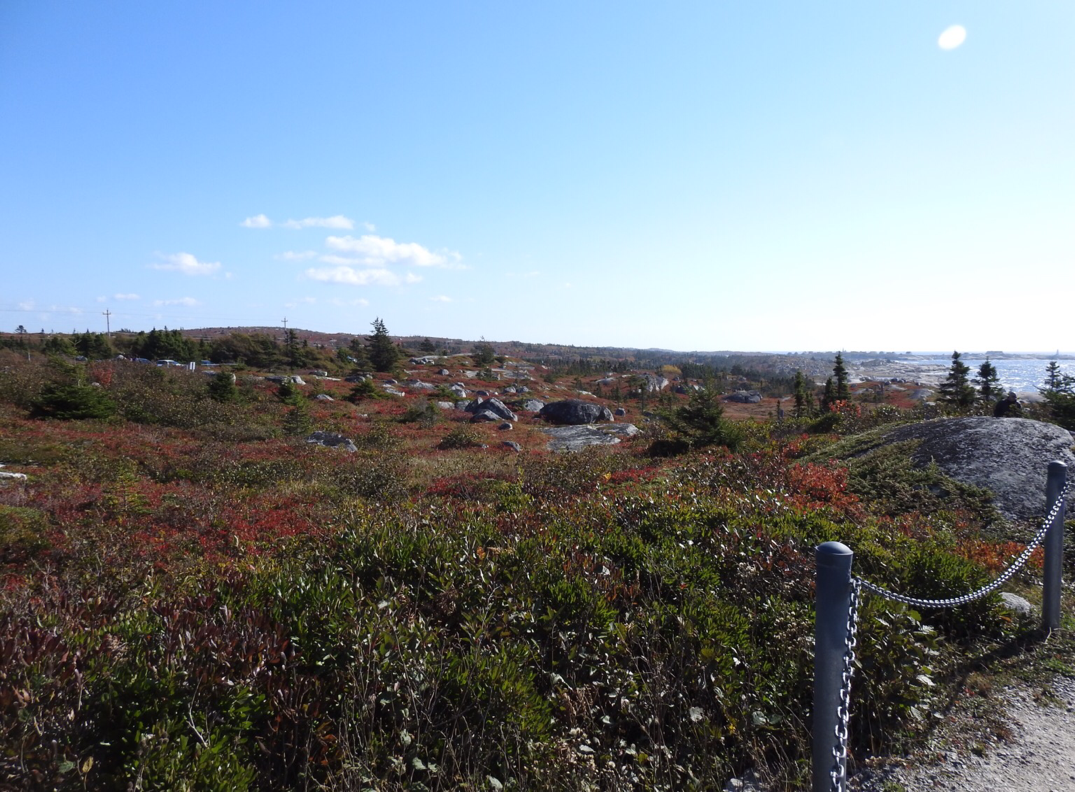 The shoreline presents granite to the ocean which embraces and cheers the meeting. It is part of the rhythm of this place. 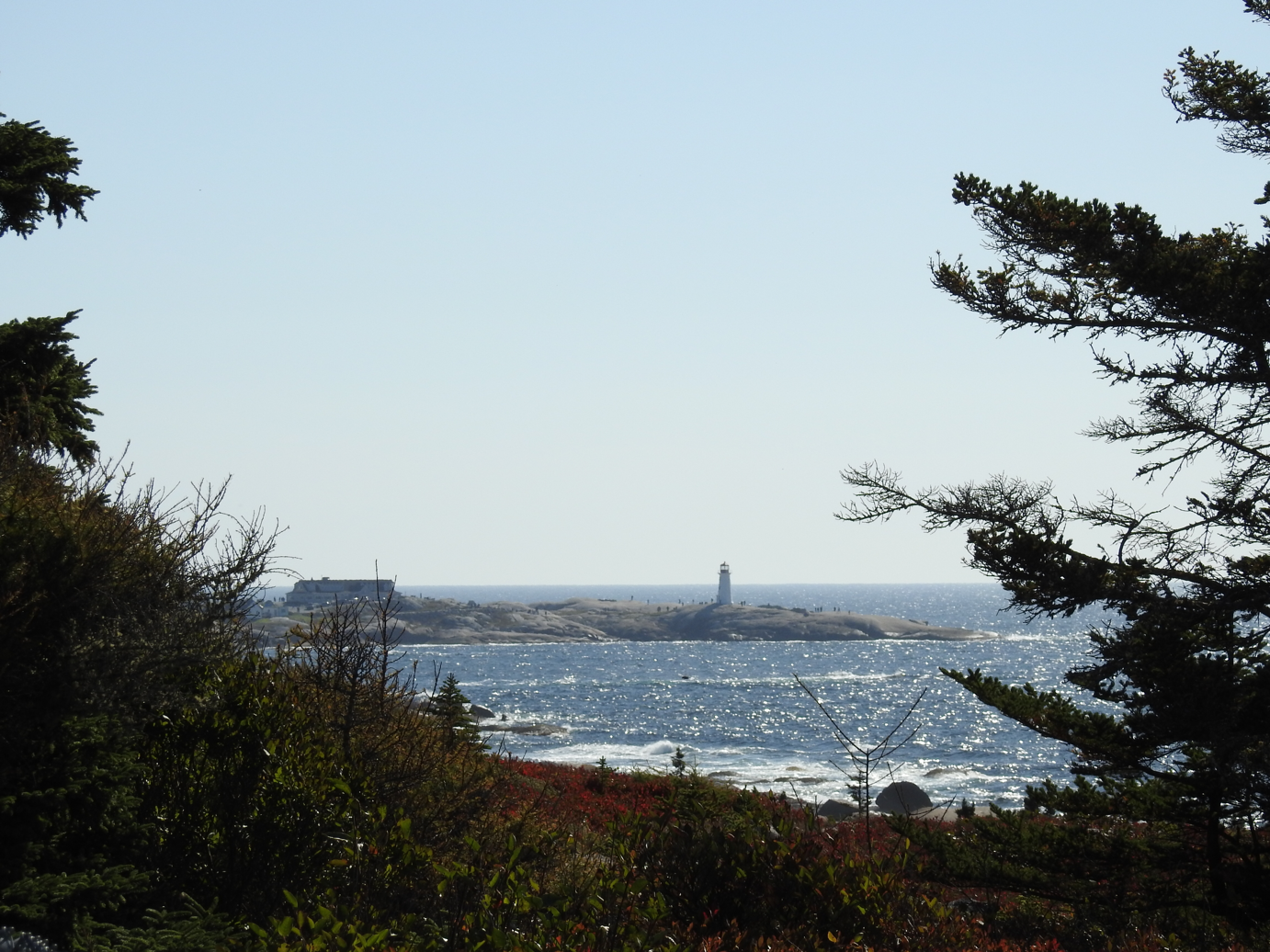 My husband and I are at a memorial to Swissair Flight 111. On September 2, 1998, all 229 passengers and crew died when flammable material caught fire near the ceiling at the rear of the cockpit. Fire spread and affected the aircraft systems and the cockpit environment. The aircraft was doomed.

Eight kilometers from this spot, the plane hit the water with a force 35 times that of gravity. One can imagine what such force did to the plane and the people. A rescue mission soon became a recovery effort as the depth of the tragedy became obvious. It took five years for the report on the accident to be finalized. 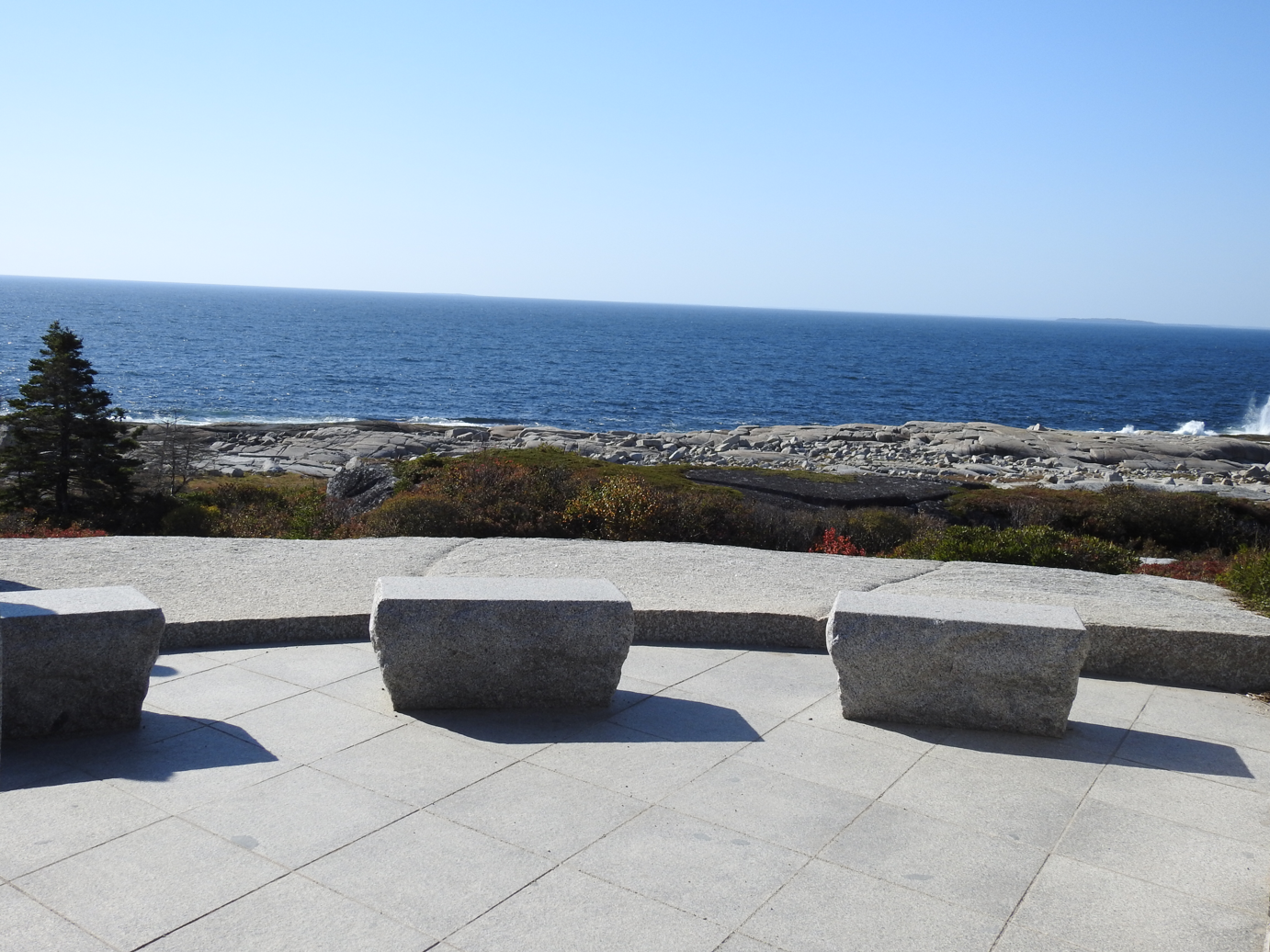 The monument looks out over St. Margaret’s Bay. It has two large granite stones with inscriptions and granite benches out front. The location looks out to the crash site off shore. One stone has cuts to signify the flight number 111. This is a solemn place where natural elements inspire peace of mind and heart. 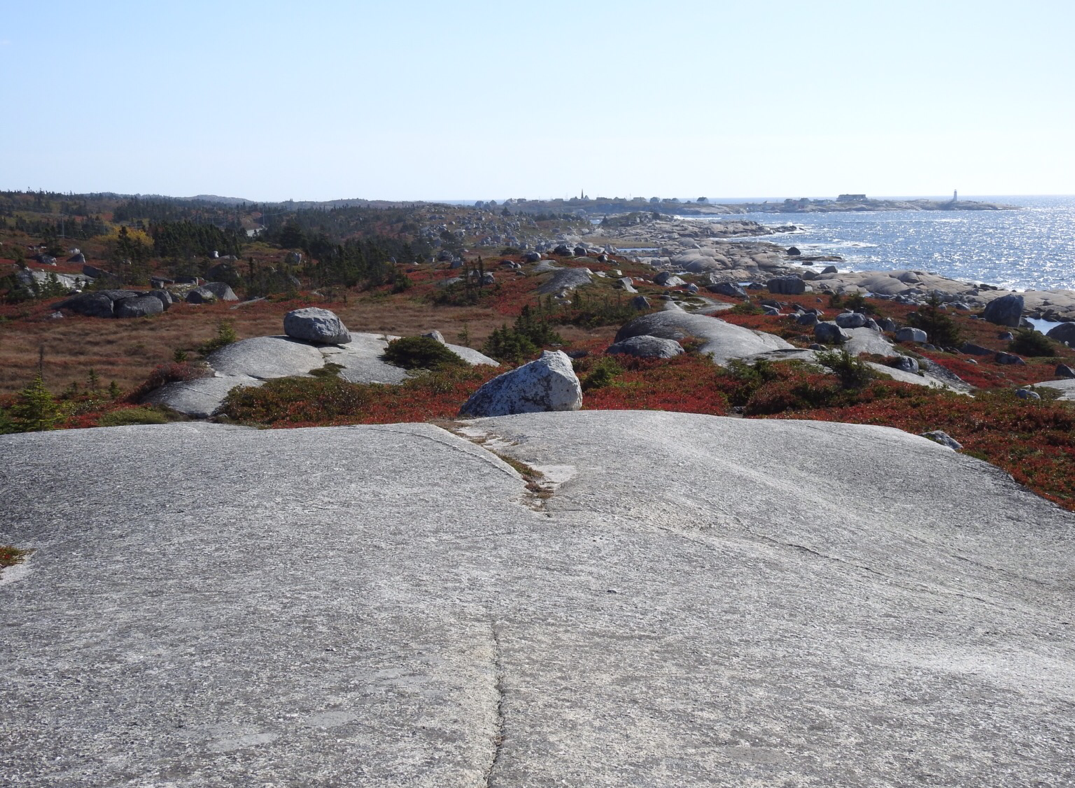 It's a beautiful memorial of a very sad event.

Thank you for allowing me to visit this memorial, Marie. It's a beautiful place.

Nice collection of photos from various points of view.

a beautiful memorial...what a sad and tragic event!!!

That is a lovely memorial and in a beautiful spot.

Beautiful place for such a sad event.

Such a beautiful, and appropriate, place for a memorial. Somewhere for all to remember...

A beautiful memorial, a very peaceful place to reflect and remember.

A beautiful place indeed.
The second pic is lovely.
Have a great weekend.
: )

We are just off to WWII memorial in the local village. Just too many memorials around the world. Love your photos as always. Enjoy the weekend Diane

That was a very sad event.The beautiful monument in the quiet view.
Have a good day,Marie.

I wanted to see this place as I remembered the event so vividly, Shammi.

The setting is peaceful and nature feels healing there, Jan.

It really was, Debbie!

The memorial is fitting to the location, Linda.

It is a healing place, Barbara.

The area invites you into nature, EC. So appropriate for the memorial.

Indeed it is, Bill.

It was impossible to capture the real beauty of the place, Catarina.

I love to see the war memorials in the communities we visit, Diane.

The setting is special there, Tomoko.

I hope that those involved in the recovery can find peace there as well. It was a difficult job. Beautiful pictures, Marie.

Such a tragedy, but a beautiful memorial erected in their memory. Such an incredible place of beauty to visit!

Such a thoughtful memorial for such a terrible tragedy. I know it must be a very special place especially for the family members of those lost.

Such a sad night to remember!

I cannot imagine what the recovery effort were like, Jenny. Those people deserve more than we could ever repay.

It is an incredible place, Marilyn.

I imagine that memorial has comforted many over the years, Mildred.

It was indeed, FG.