Our first major hike of the year brought us to the Bonshaw Hills Provincial Park, one of our favourite places to explore. It was sunny but the air was cool requiring a jacket. Georgie, the golden grand-dog was with us again. She also loves these trails.

There were a few people at the park when we arrived at lunch time. Of course we had our picnic lunch with us and were hungry after a busy morning. The picnic area has solid wood furniture in a lovely setting and is well groomed. 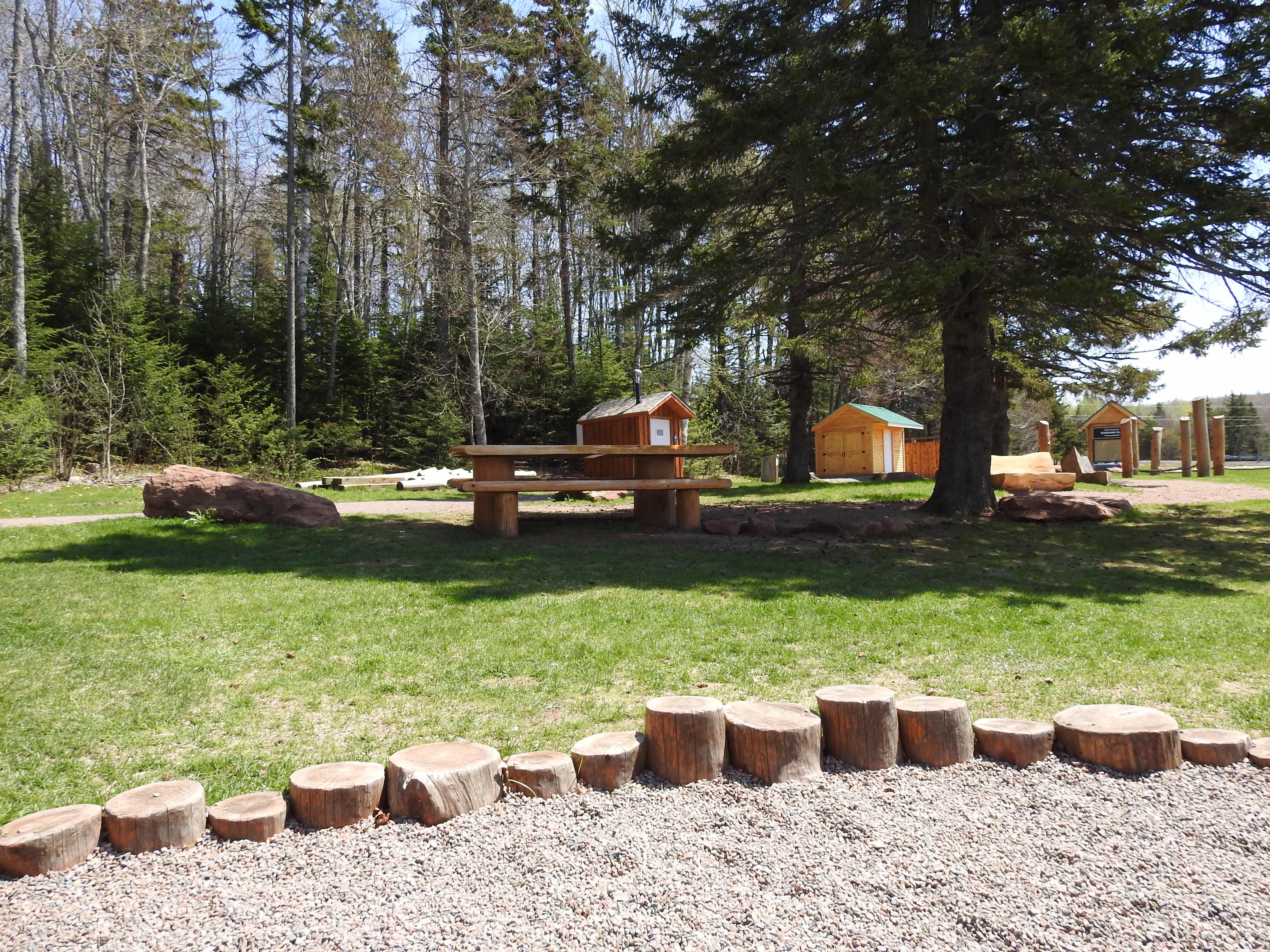 As we approached our favourite picnic table, a red squirrel ran past us and around the spruce tree which shadows the table. Georgie, who was on lead, was ready to give chase but I held her tightly. As we settled in for lunch, her attention was riveted, watching the squirrel around the tree. 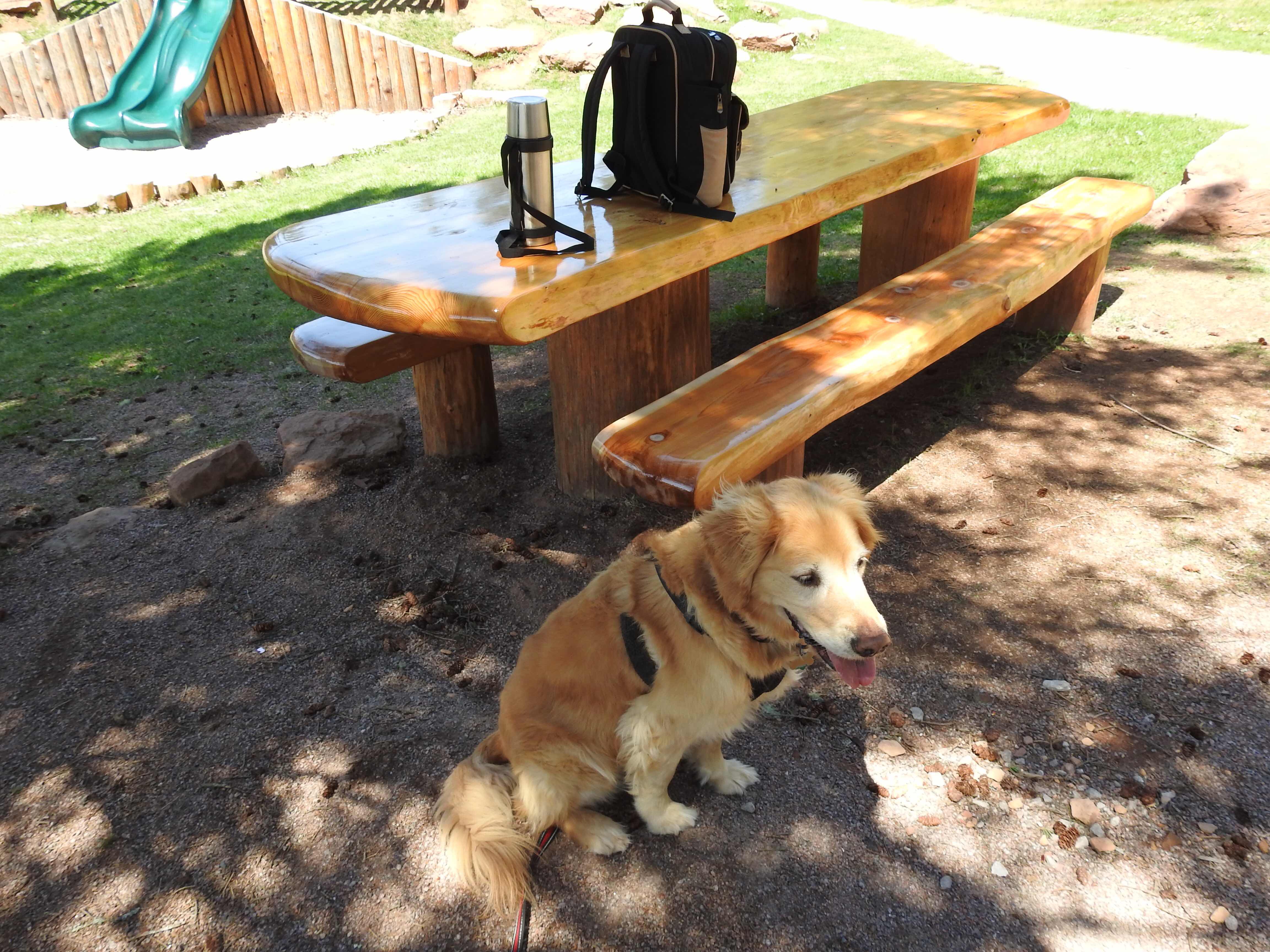 Then the little creature climbed up and sat among the limbs of the tree making sounds, as if to taunt or tease Georgie. 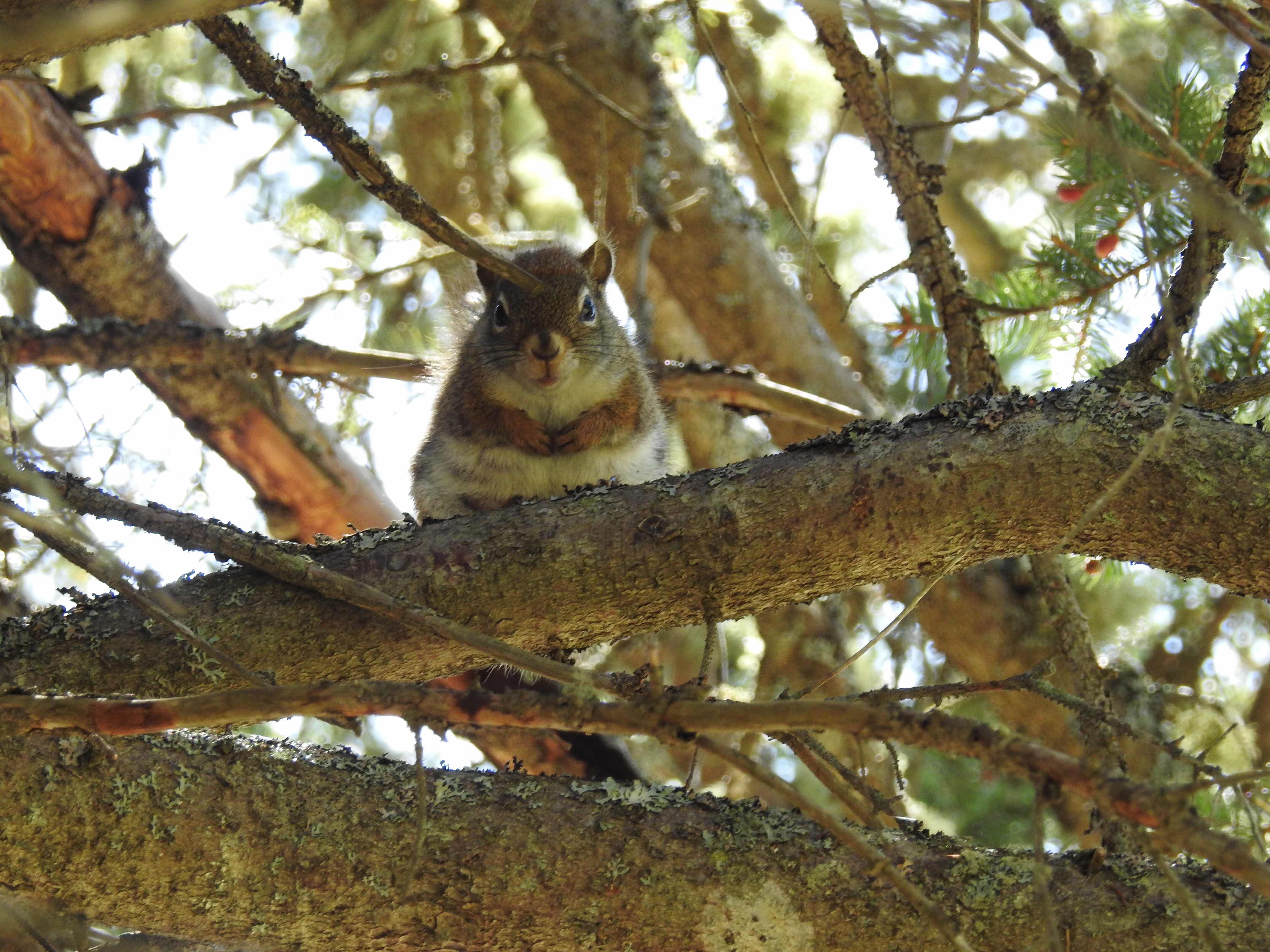 I secured Georgie as we ate and she watched the taunting little creature. After a few minutes, the squirrel realized Georgie could not move around and she came down the tree again. She stopped a few feet from Georgie and they stared at each other. 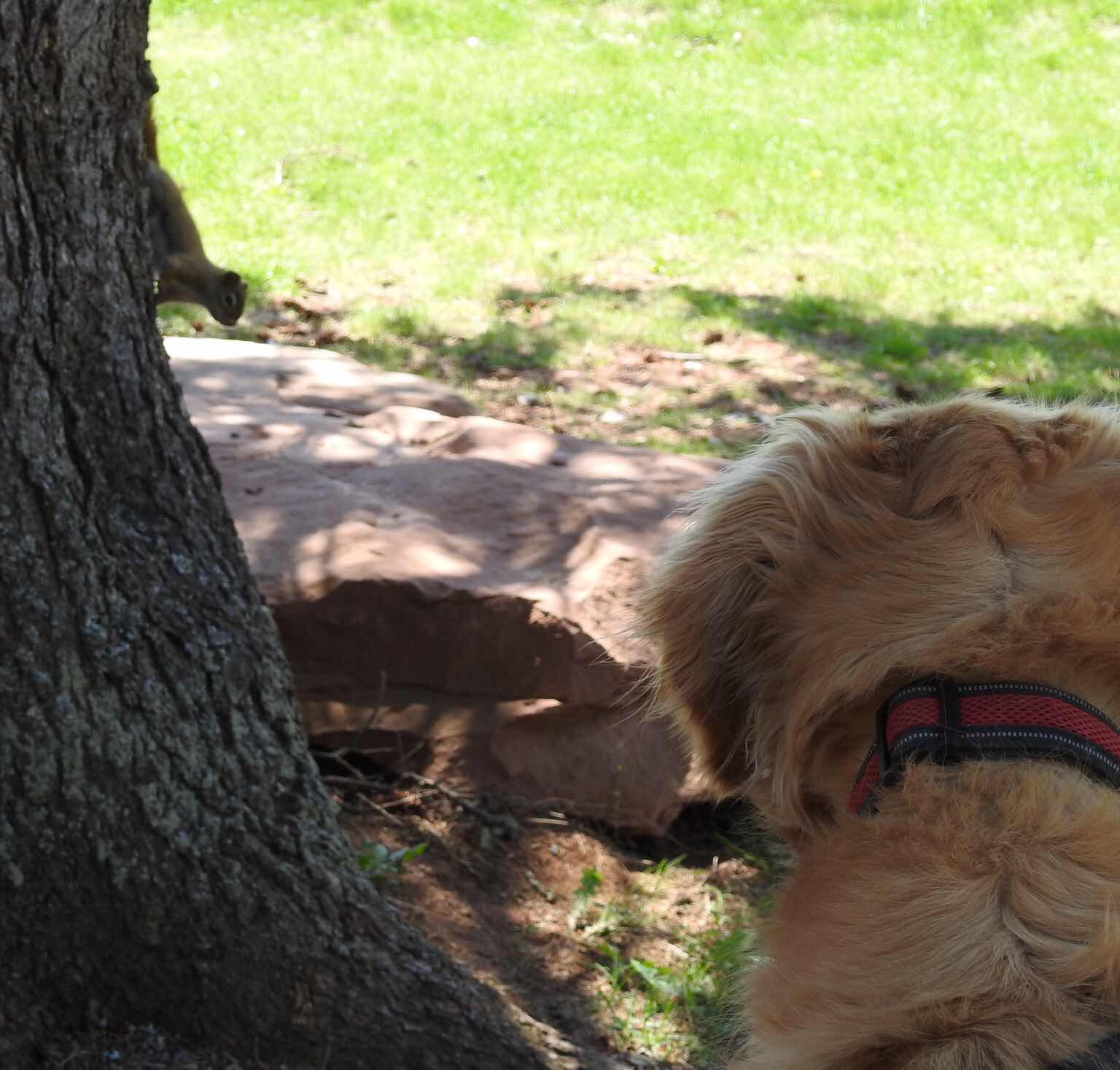 Neither animal made a sound or moved a muscle for a number of minutes.

As we prepared to leave, squirrel ascended the tree again. We left a peanut for her. Later, when we checked, the peanut was gone. We left her another. Georgie had one also, though she ate the shell too.

I do like that squirrel! The Rosellas in my last post have (one) call that sounds like silver bells - its the only way I can describe it!

Oh I love that Marie, I wonder who would have won the stare-off if they had been left to it 😀

George looks oldish. I don't recall her age. She and the squirrel had a pleasant visit.

Hahaha. Fun in the wild. Nature and our four legged friends is the best.

I am surprised that Georgie did not bark, well mannered dog. Sound like a lovely spot. Take care Diane

What a lovely encounter to read about - and I am smiling that both beasties received peanuts.

Squirrels most certainly do love to taunt and tease!

Those cheeky squirrels. They will taunt any critter that they think can't reach them. I smiled at the face-off. :-)

I love squirrels I must say. I believe they like to tease other animals and humans also. :)

What a lovely hike. Thanks for taking us along. What do you pack on these picnics?

Those little red squirrels are talkative!

Georgie would have chased after the squirrel and it would have escaped up the tree I think, PDP.

Georgie is eight now. She is feeling her age sometimes too Joanne.

It was lovely to see William.

It sure is Barbara.

Georgie only barks if she sees something whilst in the car or house, Diane.

Georgie loves peanut butter AC. I guess she couldn’t wait to shell the peanuts. I bet she knew that smell.

Animals provide us with lots of viewing enjoyment EC.

These little red squirrels sure do Debra.

It was great to see it Jan.

I wondered what they were thinking, if in fact they think.

These red squirrels sure do Angela.

We always take tea rather than coffee. My husband makes bread and we take a sandwich with steak, chicken, or egg. Cheese and veggies are a must and something sweet for my husband. And a treat for Georgie too Mage.

what a sweet place for a picnic, with such a lovely seating area. the picnic table is beautiful!! i enjoyed reading your comment about needing a sweet treat for your husband, i always need the same for my hubby as well!!

i love having picnic's or even just dining outdoors!!!

That looks like a great picnic are. I think squirrels do enjoy taunting the dogs. They'll walk around the fence just out of Duke's reach, and it seems to drive him crazy.

I love mealson the patio too Debbie.

Those creatures know when dogs can’t reach them, Danielle.

They truly are Jenn.

I love this post! From the lovely picnic area (and beautiful table) to the stand-off to the peanuts for squirrel and dog, it made me smile :)

We smiled too, Jenny. A lot.

My grand dog goes totally nuts when there’s a squirrel around and squirrels won’t go near him. Georgie is a much sweeter, patient dog. You made me smile.