A routine trip to the gas station recently became a treat when this vehicle pulled in next to us at the adjoining pumps. Of course my camera was close by and I asked the driver if I could take some photos of his car. 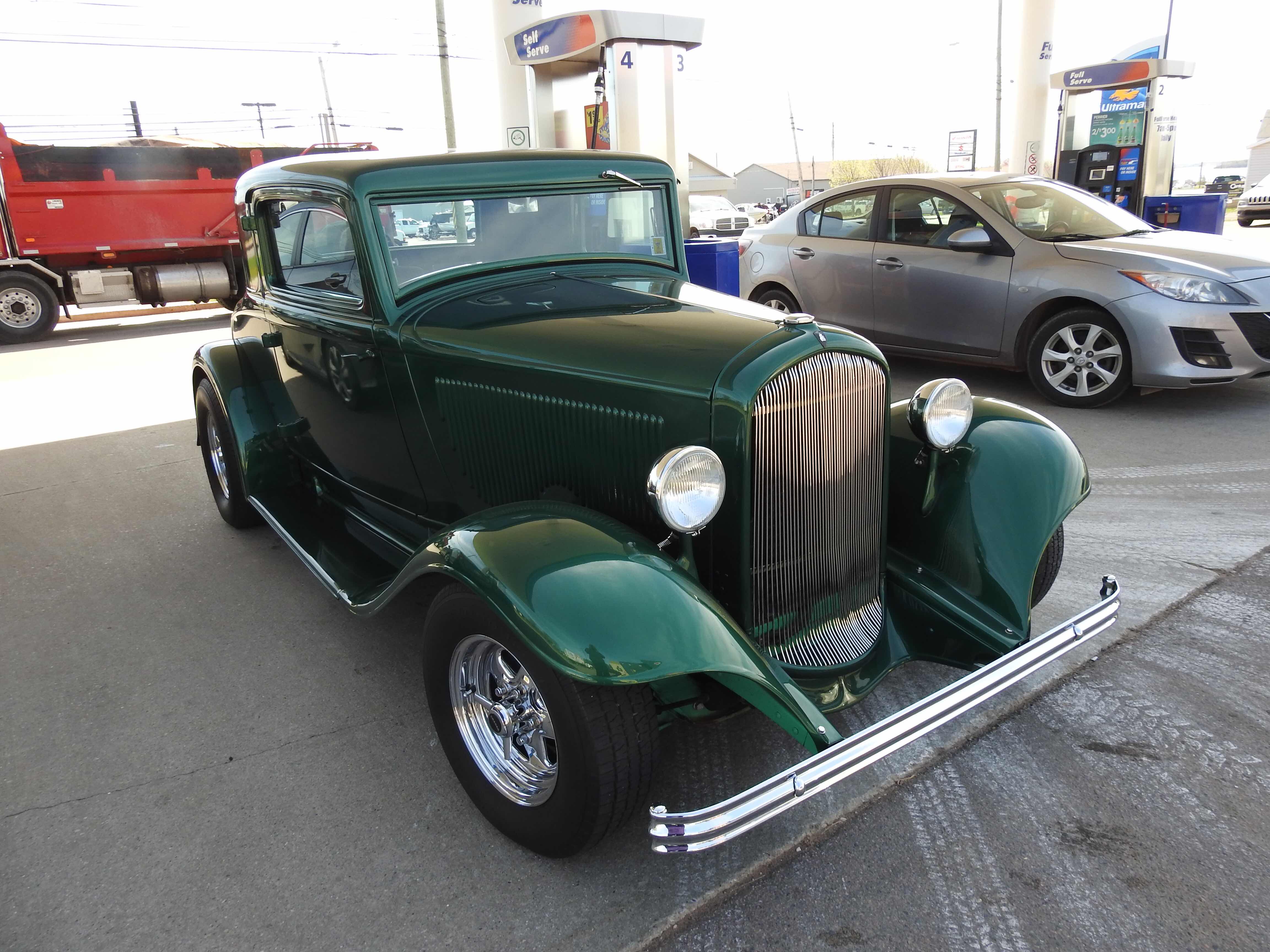 He was the owner and discovered this 1932 Plymouth in an old building twenty years ago. He did all the work on it himself. “It’s what I do,” he said. 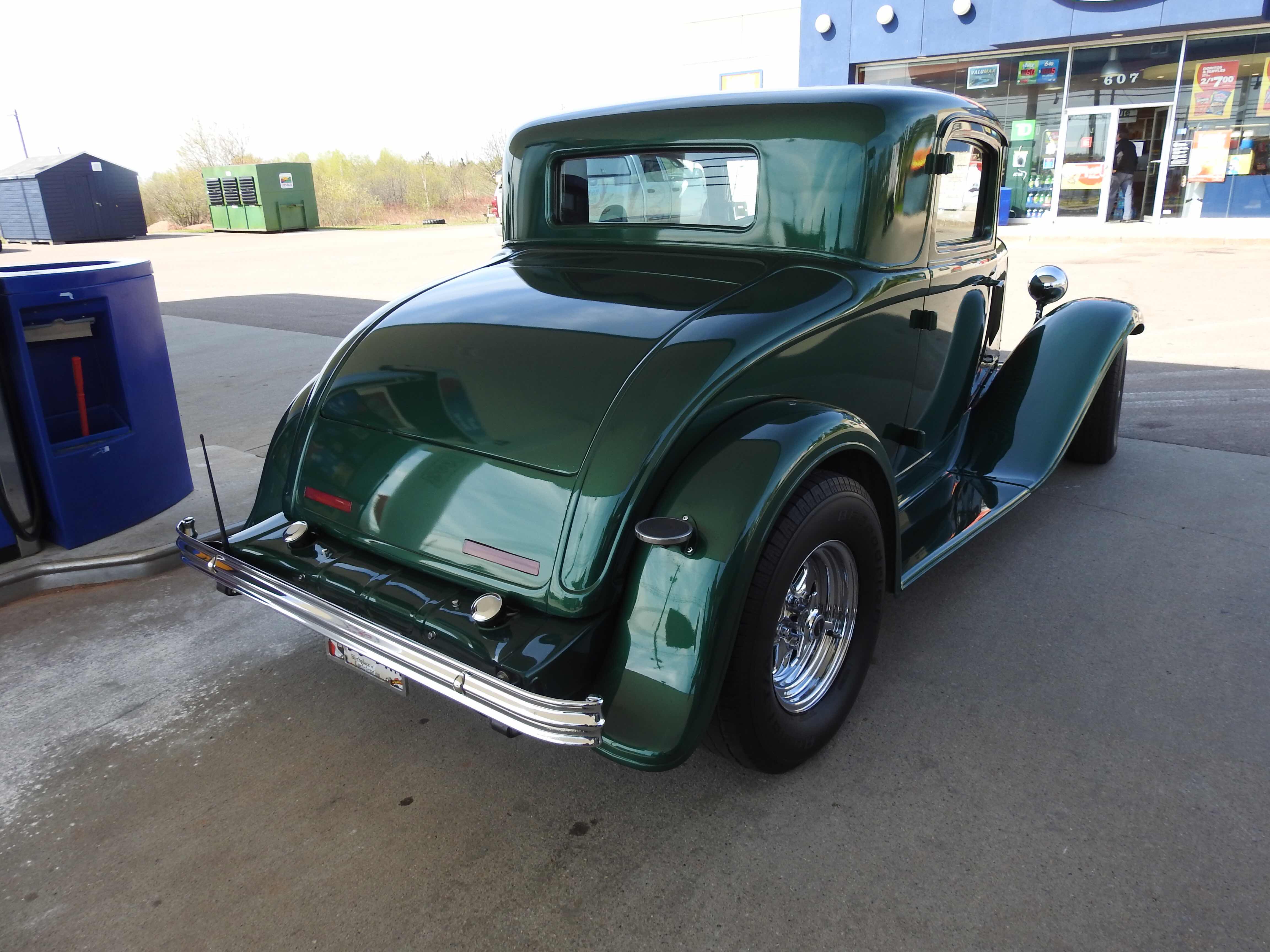 I asked, “Do you drive it very often?”

“Every day,” was the reply.

He has modified the car with air conditioning and replaced the vinyl-like roof for a solid one. He also put in an overhead console. 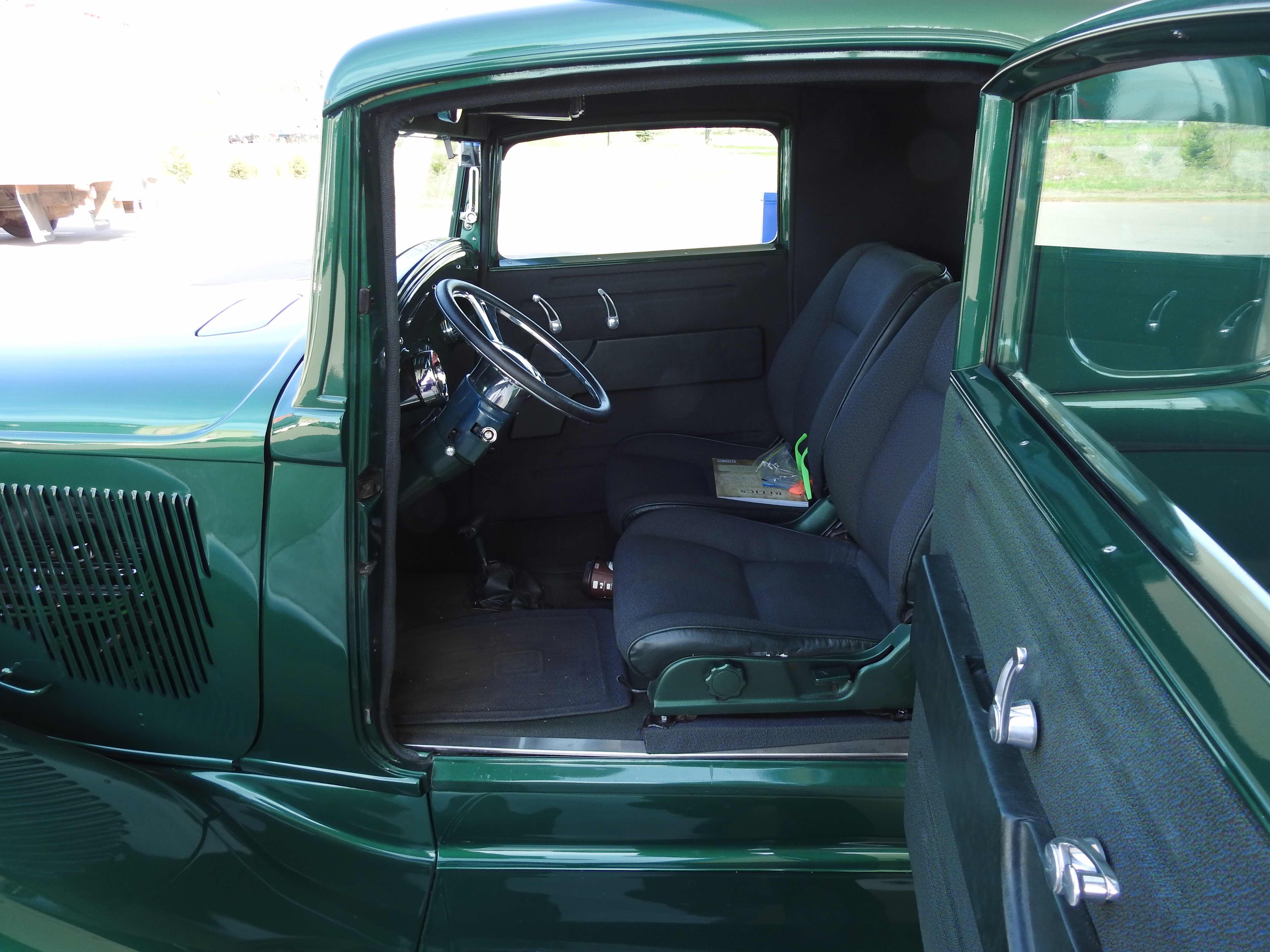 The rest is from stock, original parts. It has a rumble seat which he has removed but it can be re-positioned. 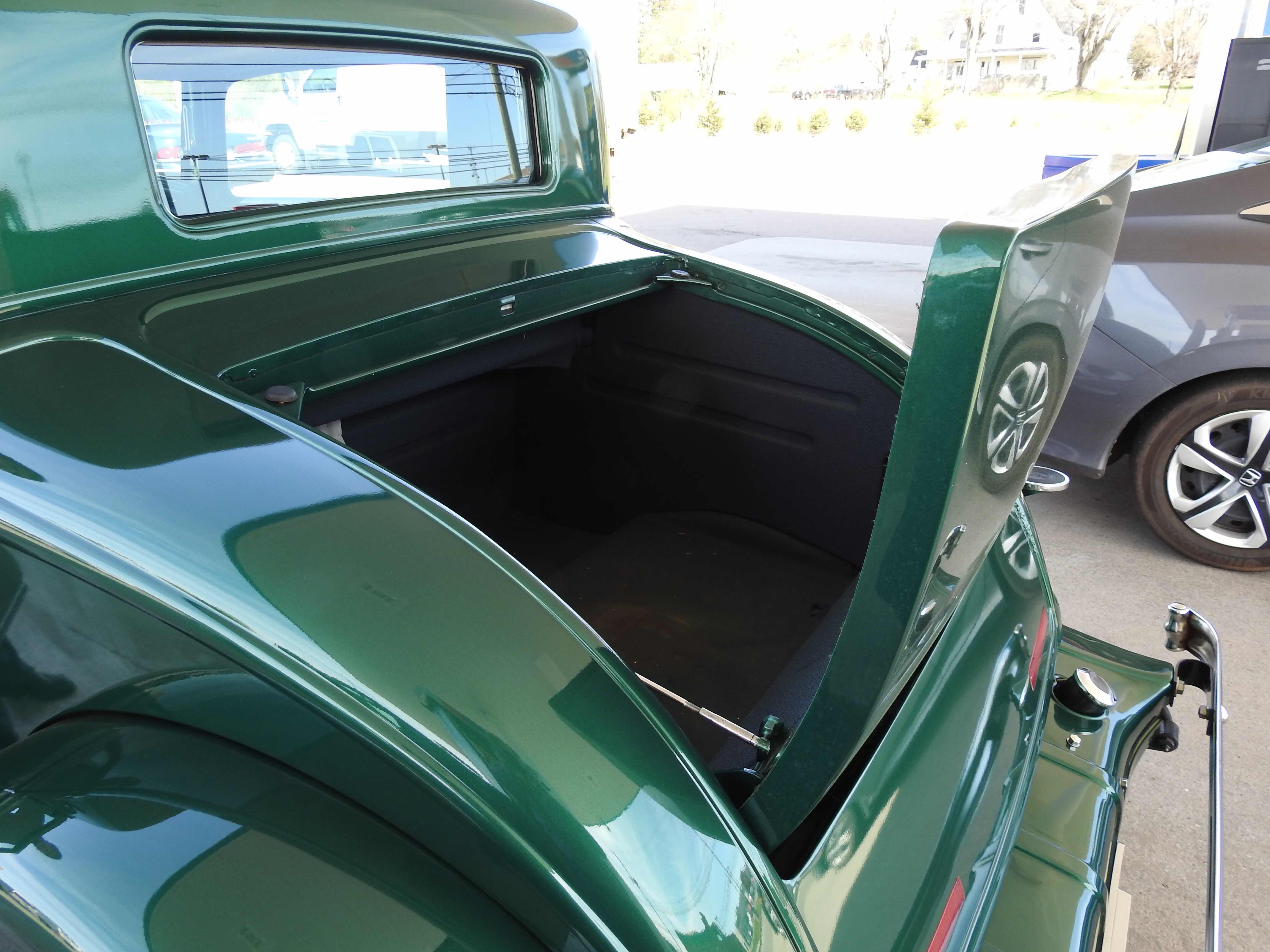 “You must feel like a million bucks driving around in this beauty,” I commented.

He laughed. “People wave but all I see is hands,” he said. The windshield doesn’t have a large field of view.

We spoke of how the world has changed since this old car was new. One can say they don’t make them like this any more, but he is one of the few who can. Quite a talent!

Email ThisBlogThis!Share to TwitterShare to FacebookShare to Pinterest
Labels: 1932 Plymouth

It boggls my mind how a person would have the knowledge and skill to do this.

It's simply beautiful! And yes, how much the world has changed since this old car was new. I wasn't even born yet, and I'm ancient! :-)

It's a beauty Marie, what actreat to see! I see what he means about the windows though, compared to todays cars they are pretty small. Fabulous colour too, racing Green .☺

So happy you had your camera and the man was so friendly. Just beautiful.

Wonderful story. Imagine opening up an old barn and finding that little treasure.

WoW!!! what a beauty, and how cool that you were able to speak to the owner....that's almost as much fun as seeing the car. i saw an oldie recently, in a parking lot, i took some pictures but the owner was not around.

i really enjoy car shows, and we have a lot in this area, this time of year!!!

Oh, that is glorious. Thank you.

It sounds as if I am not alone thinking that old car designs have MUCH more charm. And an incredibly talented man.

Gorgeous and that man is a true artist and craftsman.

Wow, that is fabulous and it looks like a great restoration job. Have a good day Diane

What a remarkable car - and a remarkable man to restore it to such a condition. We see a lot of vintage cars on the roads around here during the summer months.

That's a lovely car and it must be wonderful to use it every day. They certainly don't make them like that anymore! Sarah x

What a beauty. That man is quite skilled at his hobby.

How nice to drive a car that makes people happy.

Love it! I like seeing these beauties out being driven rather than in a garage or museum.

Lol. I cannot grasp the idea that car is 86 years old Jan.

That colour green is so rich looking. It suits that beauty PDP.

Most people here are friendly when you speak to them Mildred.

I could find all the treasures in the world but I couldn’t do what he did Linda.

If not my camera, the cell phone is usually around Debbie.

She is indeed William.

She is a gorgeous one Mage.

It sure is Debra.

He is indeed Celia.

He did a great job Diane.

We have antique cars shows over the summer here John.

To use it every day is the proper attitude I think Sarah.

He really is Barb.

I so agree Joanne.

Me too, Jenn.. On the roadways where they belong!

That is a handsome vehicle. And not a speck of dust on it! Beautiful.