Another season has begun at Cavendish Grove in the National Park here on the Island. The gate was down last week and we were able to drive in to see the basin where a pair of Canada geese lived for a time last year. 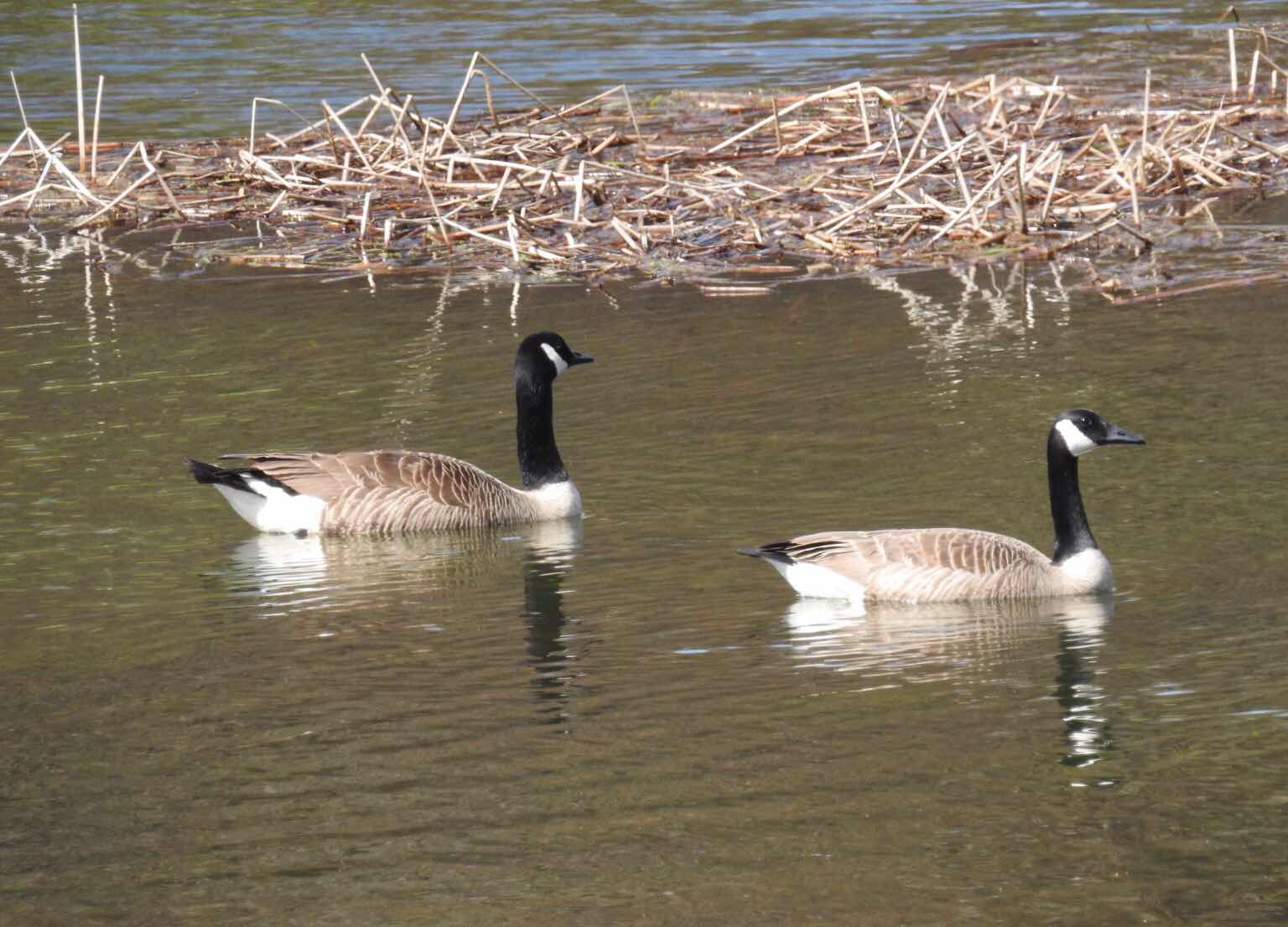 This photo from mid May 2017 shows how the basin was flooded from the spring run-off. 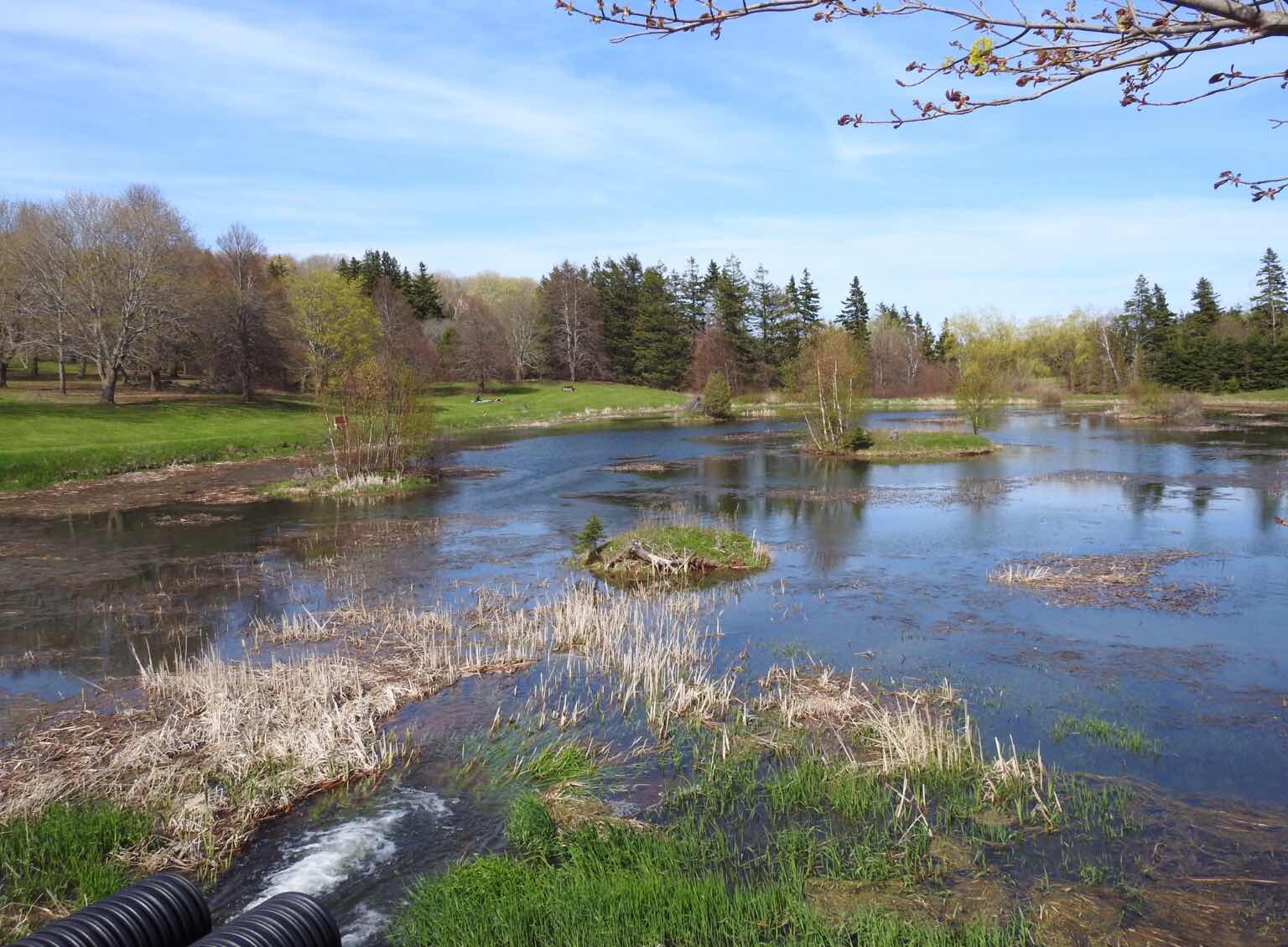 The pair appeared to be nesting on the far side of this pond.

By mid June, the basin was dry and had turned green. The geese were gone. 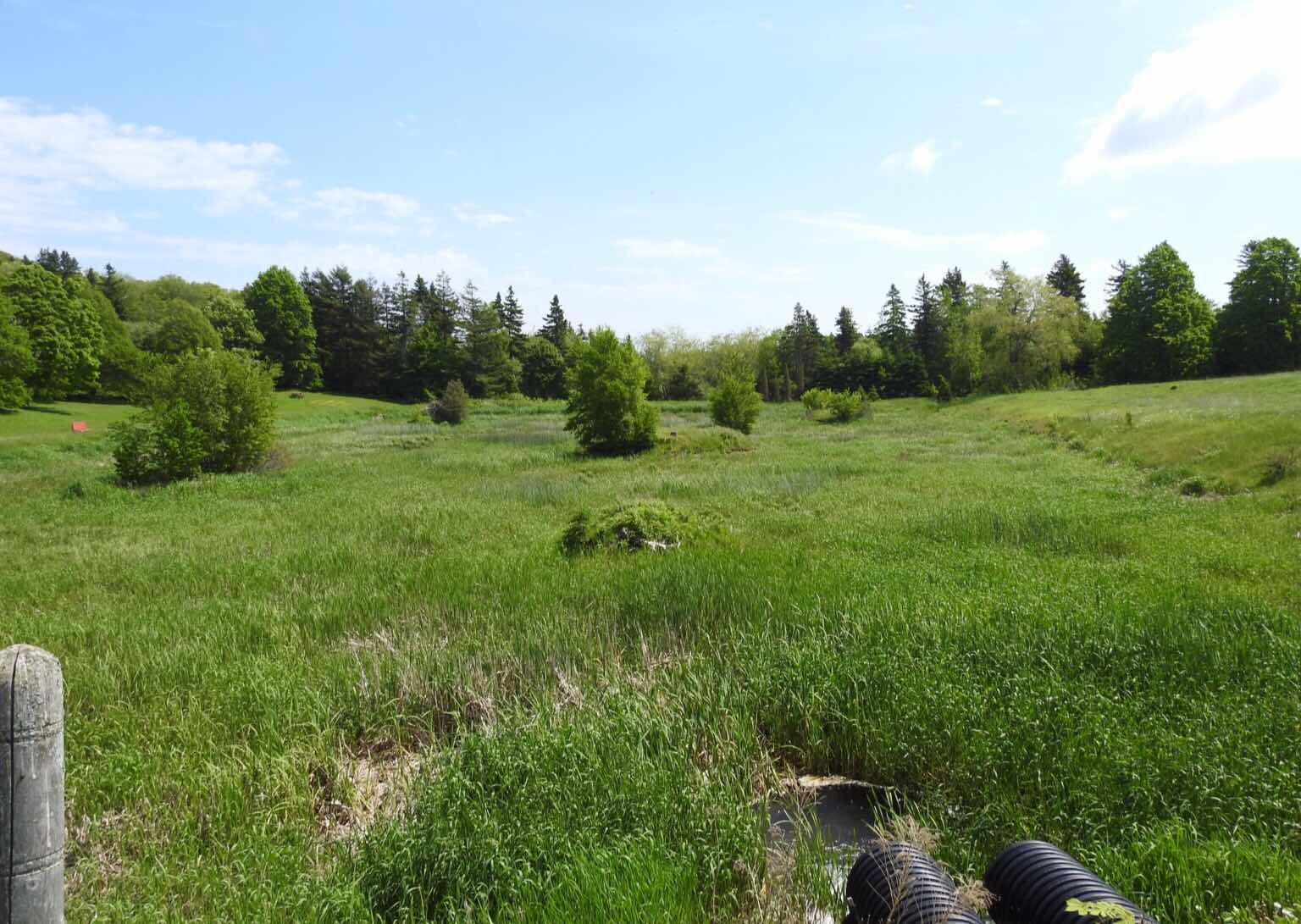 Last week, there was water in the basin but just the tiniest amount. Only one goose was there. 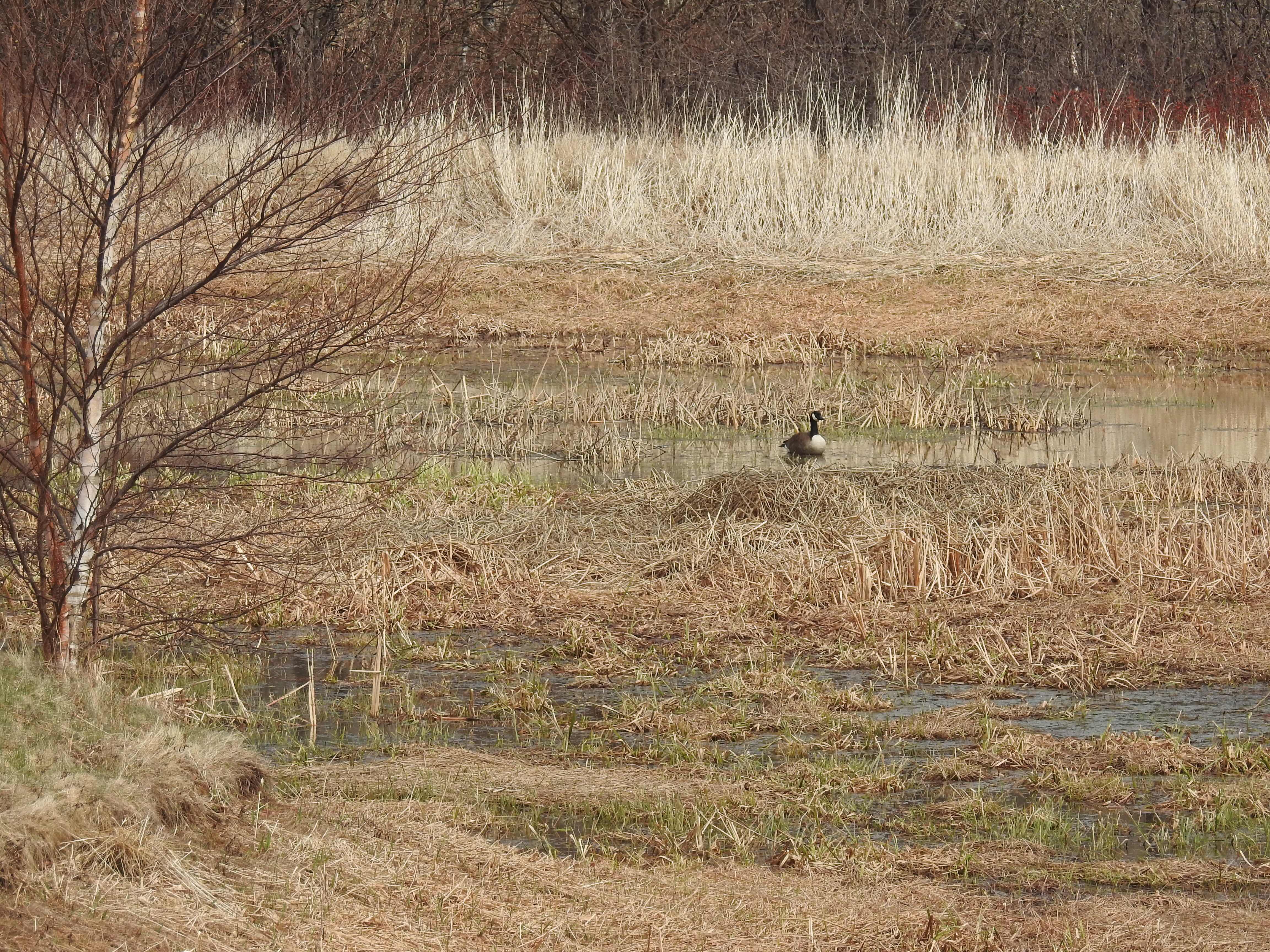 However, the calls of numerous birds invited me to stay awhile. After a few minutes I was drawn across the path to a pond with has an out-flow into the basin. There was noise coming from an island in the pond. 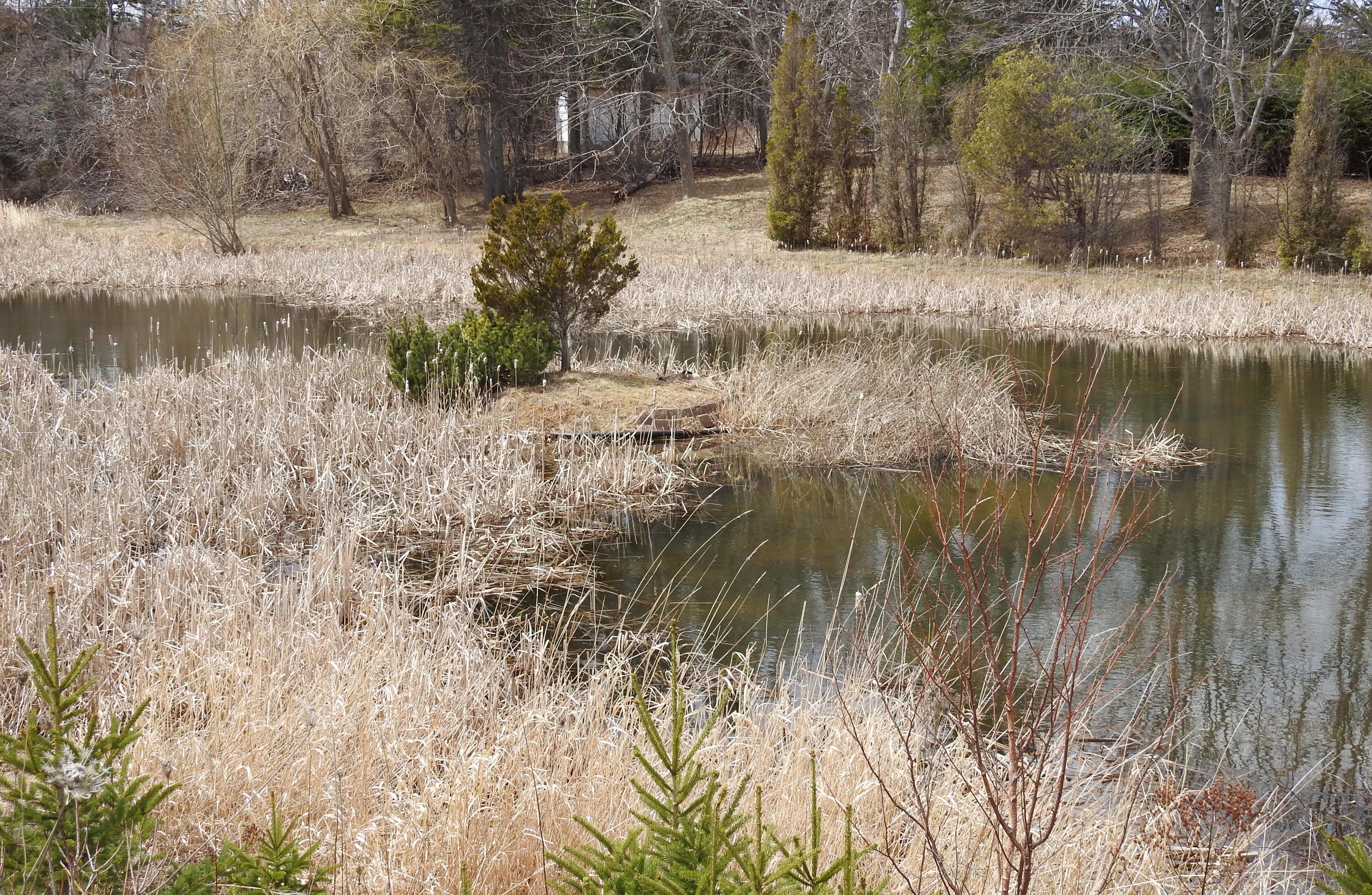 As I watched and listened, I saw movement. Another goose was nestled into the island. Was this the pair from last year? 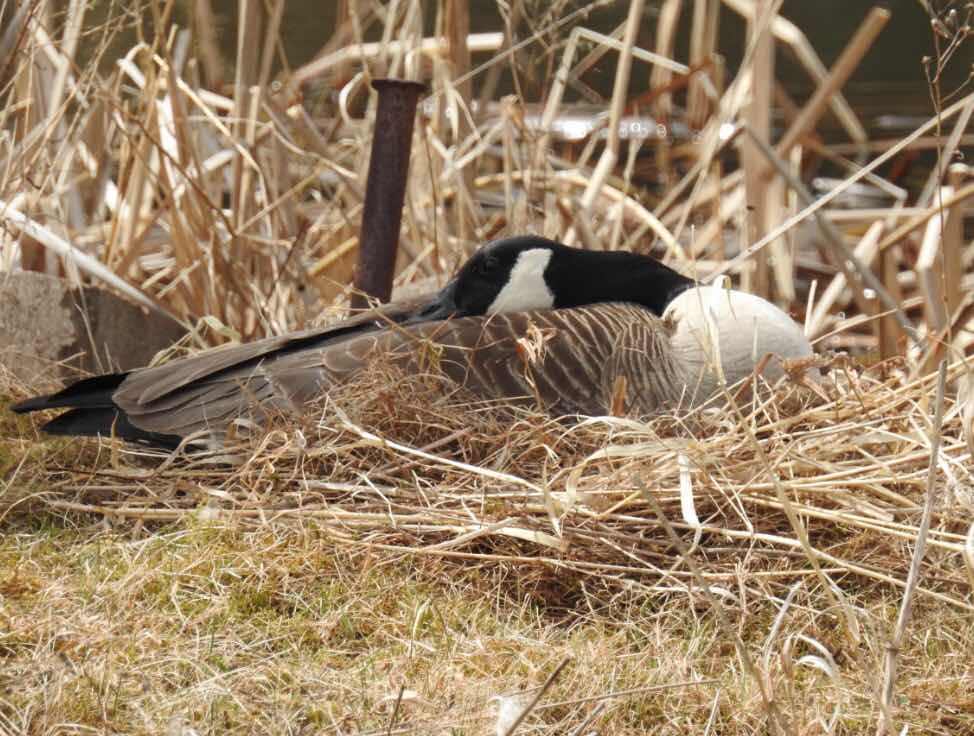 I hope we see goslings there in the near future.

I'm glad you found the nest.

I hope so, too. You will probably get pictures of the little cuties, and I'll get to smile and enjoy them. It's a beautiful place where you live, Marie. :-)

Oh, I hope so too! Pretty photos.

It seems a good spot for them.

Always so special to find a nest - beautiful captures!!

There are some geese I see every morning lately next to the side of the highway by a slough/pond. I imagine the babies will be along soon...hoping they stay away from the road.

Your 2017 spring seems ahead of this year's too! Andrea

A nice secluded spot for them. Hope you get to see them.

I hope you see goslings too.
Thank you so much for taking us with you. I loved this visit.

Looking forward to pictures of the goslings :-) Take care Diane

You will see the lovely goslings roaming around...
; )

What a wonderful walk.

I hope you get to see them soon. The park looks beautiful.

it was an interesting find, AC.

We love that Grove area, Jan.

It would be exciting to see goslings, Mildred.

They have the place to themselves William.

We plan to check back often EC.

I hope so Diane.

We had a great day Mage.

It is a gorgeous park, Danielle.