We’ve seen Trout River, Prince Edward Island, full of oyster fishers. Such is not the case on this cold, 7 C or 45 degrees F, last day of October. There are only two oyster fishers today, one on either side of the bridge. 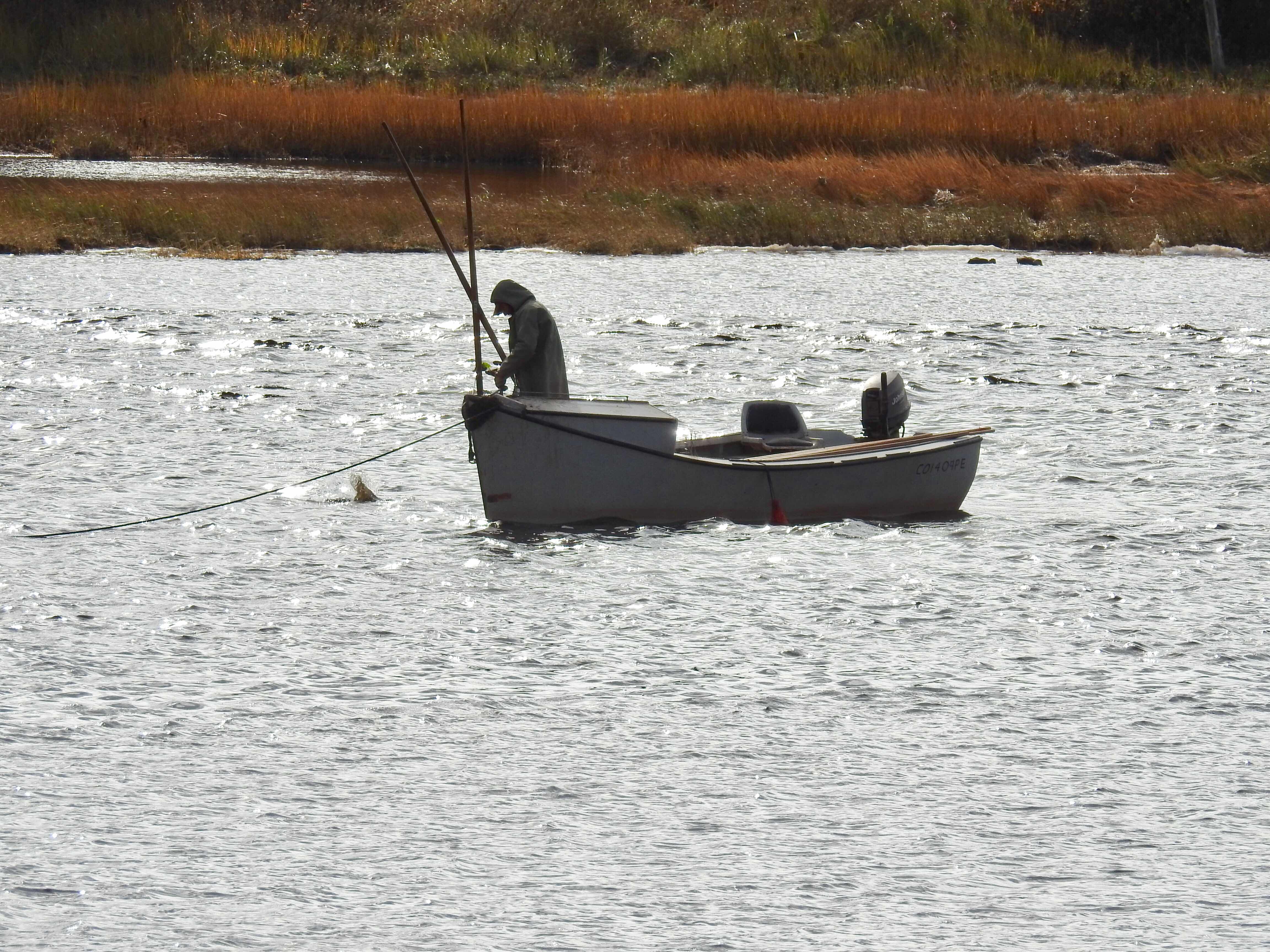 The season is open in these public waters until the end of November despite the cold. The Malpeque oyster variety is at its biggest and plumpest this time of year. They grow in the summer and plump-up during the autumn, ready to sleep for the winter months. 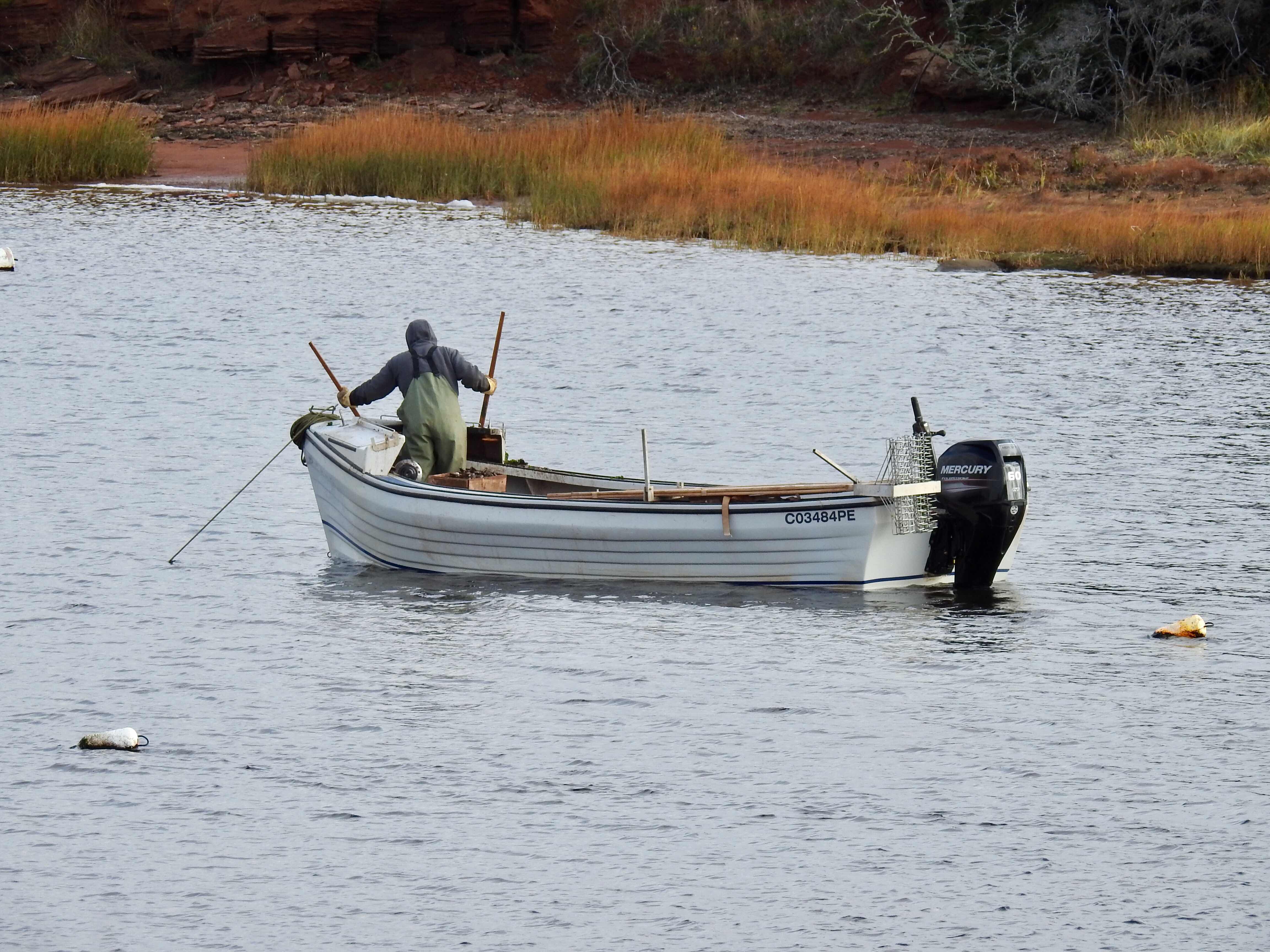 The two fishers were busy with the tongs/rakes, leaning over the side with the long tool which they lowered into the water. The open tongs were closed over the bottom and pulled up to the bow where the catch was inspected. 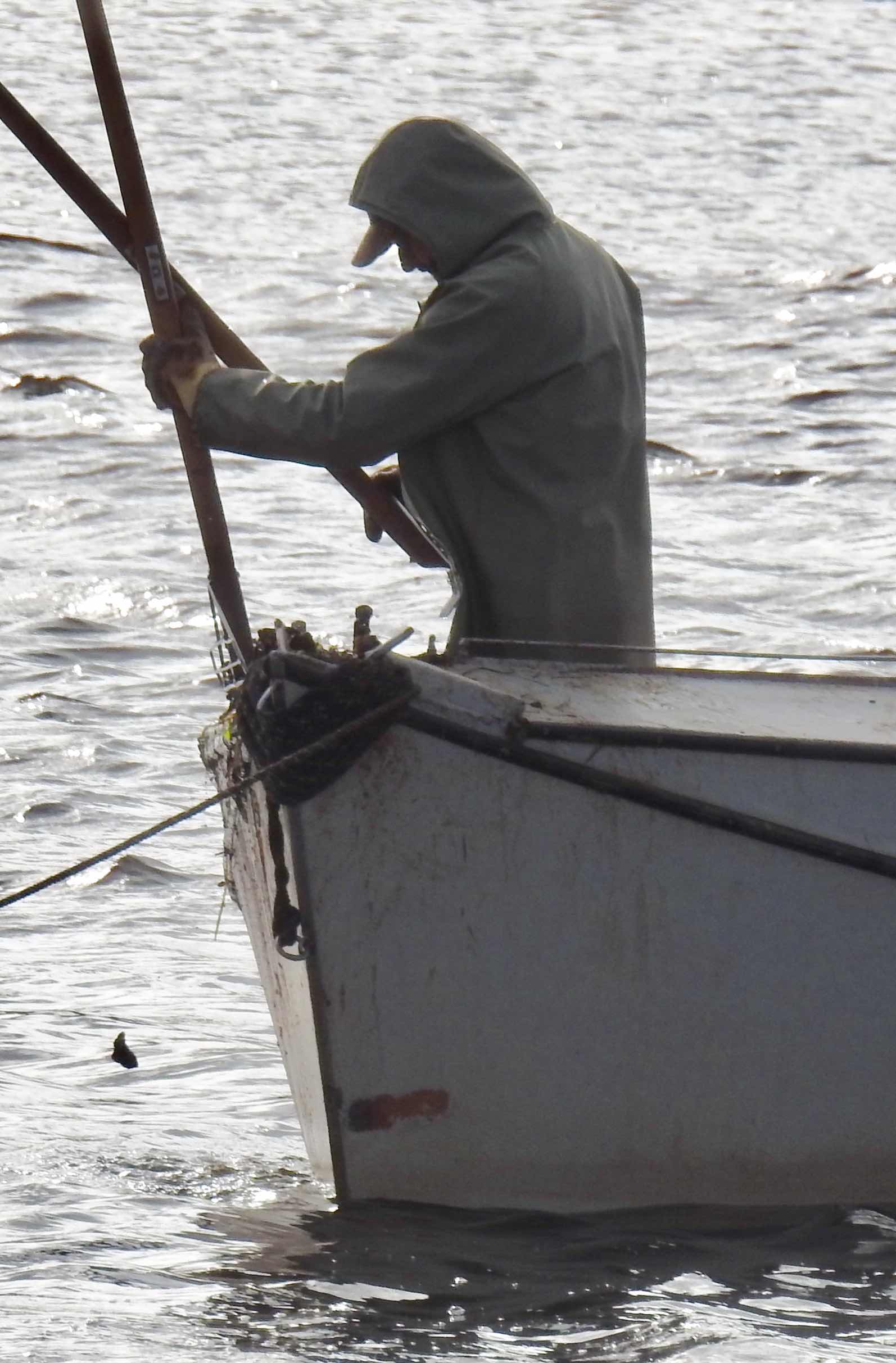 Undersize oysters were dropped into the water and each attempt yielded a few oysters. 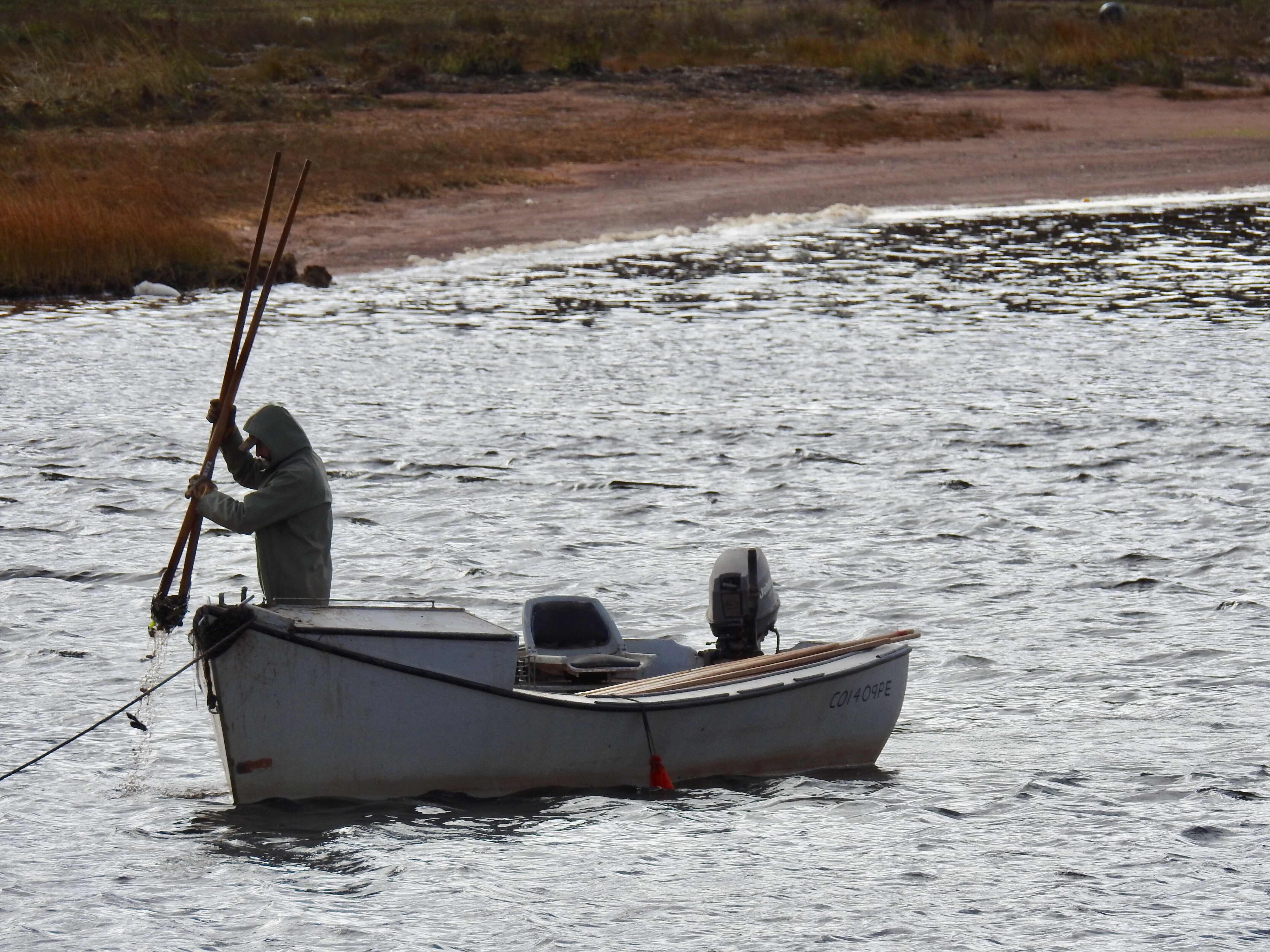 Looking at the two fishers, all I can say is, “Respect.”

Like the agriculture workers here in Ventura County, some people do truly back breaking work. Often without great compensation. Either way, I too, have tremendous respect for those who can say they have worked very hard to get where they are.

Must be chilly out there but I do love oysters. Have a good week Diane

I am not a fan of oysters, but it makes for an interesting post to see how they are harvested. I always enjoy seeing your environment, Marie. Thank you for sharing. :-)

Hello, the fishermen have a tough job. I do not care for oysters, but there are many people that enjoy them. Happy Monday, enjoy your day and new week ahead!

No appreciation of the product, but as you say, respect for the effort.

That's a hard day's work on a cold day.

awww yes, much respect, for all fisherman, it is not an easy life. i don't think i have ever eaten an oyster...i just can't get past the way they look!!

your pictures are beautiful, i like the look of the fall grasses in the background!!

Oyster fishing is a whole new concept for me. Thank you for expanding my horizons - and for the beauty which surrounds you.

I'm not a fan of oysters, but I can appreciate the hard work to harvest them, and your skill in capturing it for us! Thank you!

Hard work indeed. He must be dedicated and I respect that. Thanks for sharing this, I never saw/knew how they harvested oysters.

Our oystering industry if very controversial here. It is dying as well. So sad that we have over fished and polluted our waters.

My mother used to love those oysters. Grandma made oyster stuffing every holiday.

Respect, indeed. I would definitely not like to be out there in the cold. I have to admit I have never tasted an oyster.

Man, I'll bet it was cold with the wind blowing over the open water. Hard to imagine a fisherman making enough money to survive that way. Hard, hard work.

My husband loves oysters. These men are working hard for their catch!

It's a tough life for oyster fishermen - to say nothing of the oysters!

Wow...I wonder how many is considered a good for these guys?

Yes, yes! I love oysters!
Oysters are very easy to harvest in comparison to other types of seafood, so I am told. However, to me it is still hard work. Work that should be appreciated and respected.

Wonderful to see the oysters been picked by traditional methods. Sarah x