As part of our Christmas tradition when our daughter was young, we read the story of the Nutcracker. It was one of the books our daughter kept over the years and brought into her own family.

Sylvie wasn’t two when Claire started reading the story of Clara and her Christmas dream/adventures. When she saw the video of the ballet, Sylvie was hooked. One day, as she watched the video, her grandfather attempted to engage her in conversation about the various characters and Sylvie commented, “I want to watch it by myself.” Poppy stopped talking!

Caitlin met Clara and the cast via book and video as well. Meanwhile, at three, Sylvie joined ballet, and has enjoyed it for four years. Caitlin joined at three as well.

Their parents discovered that Casse-Noisette, Nutcracker, was performed by a ballet school in Moncton, New Brunswick, before Christmas every year. Moncton is across the Confederation Bridge but less than two hours from home. The family has seen the performance for four years now. From the beginning, the girls paid rapt attention. It is an important part of their Christmas tradition. 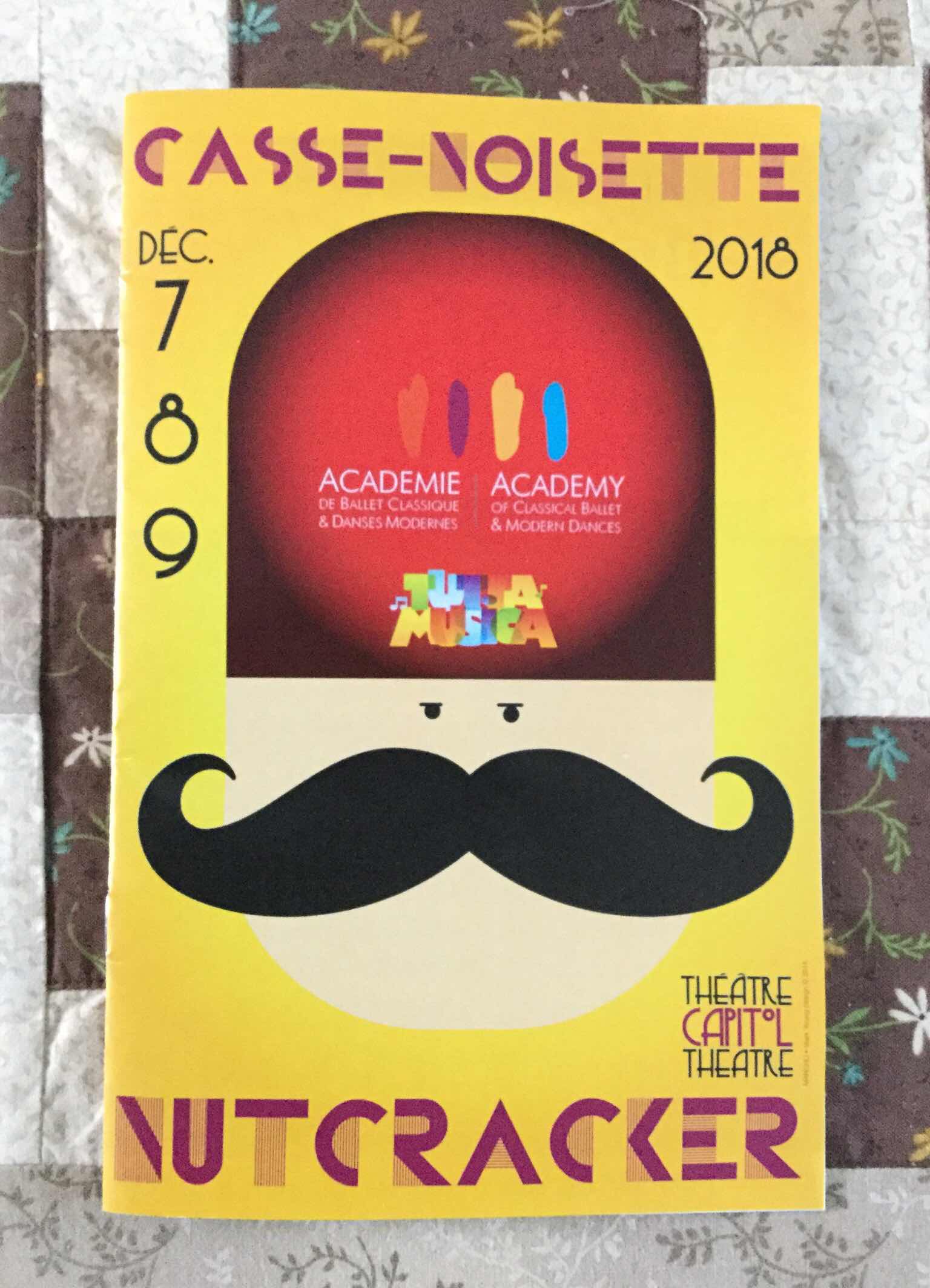 This year, their grandfather and I had the opportunity to go with the children and Claire to Moncton. Poppy stayed with eighteen month old Owen, while the girls took in the ballet. It was such fun!

The dancers were wonderful, from the tiniest mice to the oldest parents! The costumes and sets were so colourful and well done, each a perfect representation of the part and the setting. The small orchestra, a first for the show which previously featured recorded music, filled the theatre with its big sound. 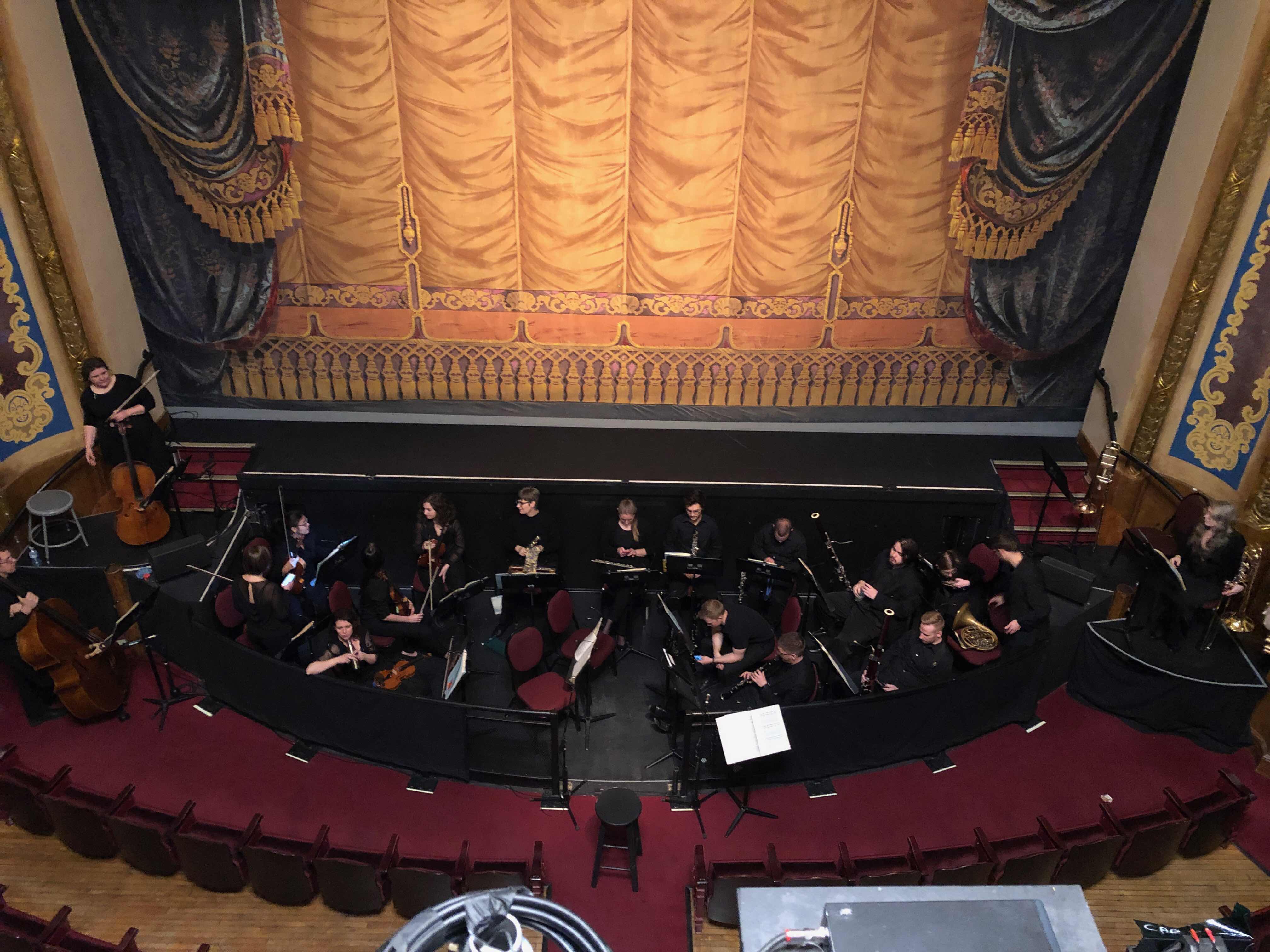 Those familiar musical phrases of Tchaikovsky came to life. The piece, Opus 71, was written for ballet and first performed in 1892. Imagine all the people who have watched the ballet and listened to that glorious music in that time!

Our girls were enchanted as were the adults! I couldn’t help but wonder how many future generations will fall under the spell of Nutcracker.

I took 3 of my small people to a version of the Nutcracker last Christmas. Emma was transfixed with it but by the end the boys were moaning loudly "Why is there so much dancing?"

Such a wonderful Christmas tradition to share with your family. It is performed in Seattle over the holidays, too. I haven't been myself but if I were a grandparent, I certainly would! Season's greetings to you and yours, Marie. :-)

The Nutcracker is always a sure-fire hit for any company that puts it on at Christmas! And thanks for teaching me the French word for "nutcracker."

i think i remember you telling tales of this wonderful story in the past. the meaning it has for your family. "words" to poppy during the show are priceless!! how nice that you got to see a production of it!!

a lovely tradition. a lovely night

Hopefully many more generations will fall under the spell of this classic Marie. I have three nieces who dance, the Nutcracker is a favourite of ballet schools at Christmas ✨

My mother was a big fan of all ballet and I know she went to see the Nutcracker and thoroughly enjoyed it. She never had the chance to experience anything like it during her youth as she grew up during the war years. So glad to hear the little ones had this fantastic opportunity.

A memorable tradition in many homes.

Hello, what a nice story and tradition. I just saw an advertisement for the Moscow's Ballet Nutcracker coming to our city this month. Enjoy your day!

I went to a performance in school days, as Toronto has a production each year for several weeks. There's usually a company that comes in from elsewhere in the country for a few days early in December here and puts on a performance at the NAC over several days, as Ottawa doesn't have a formal ballet company. I haven't been, but I did pass through the lobby area last December after a matinee performance one day, and saw some of the ballerinas chatting with families. The little girls seemed captivated.

A great Christmas tradition, cool you joined in this year. I am always amazed at the excellent muscians stashed in various places, we have a really great orchestra it our little town here too.

A wonderful tradition enjoyed by all the family. Precious memories indeed!

Precious memories to bank. To bank and treasure.

Every year the music and story bring new magic to our lives.

This is wonderful for everyone. Great tradition, young and old.

A lovely way to mark the season

We loved going to the Nutcracker a few times with our girls. And we always have some mini nutcracker ornaments, and a few tall standing ones as well around the home. Good memories. :)

It sounds like an amazing tradition. I have never read or seen the Nutcrcker seems like I am missing something. Keep well Diane

Now I remember your former post. Your charming granddaughters in ballet costumes were dancing on the stage! We call Nutcracker"Kurumi wari doll".