We purchase our seafood from a local fishmonger and on our latest visit, he gave me a package of smelts. Neither my husband nor I had ever eaten smelt, though we see the fishing shacks, used for that fishery, on the ice here every winter. 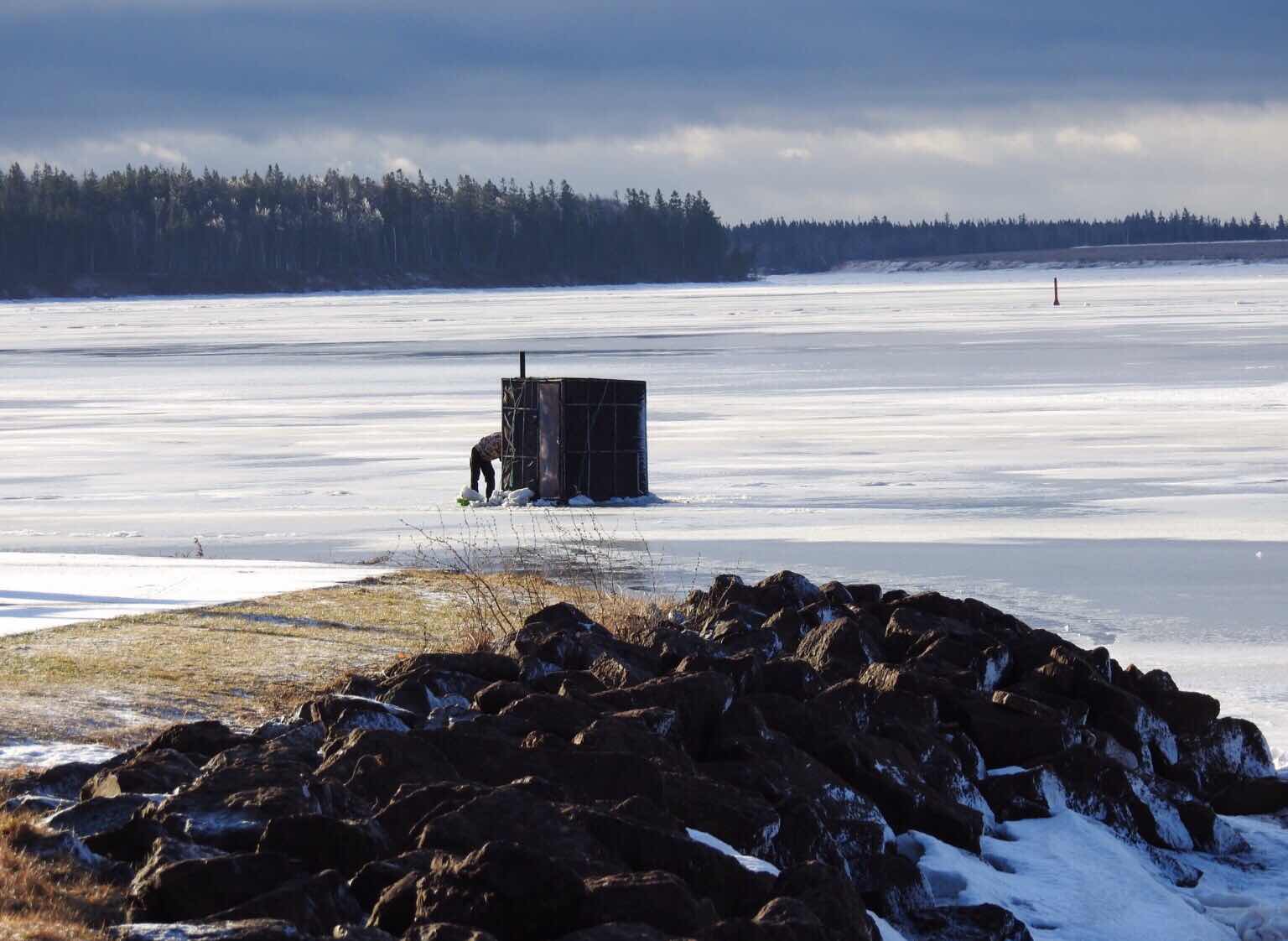 Though we are both Newfoundlanders, we were not familiar with smelts, though they resemble capelin, which we know well.

When it comes to Prince Edward Island customs and traditions, I rely on our friend, Eleanor. She is originally from the lower north shore of Quebec, along the Gulf of St. Lawrence, from a small community called St. Augustine. Her paternal grandfather was from Newfoundland too. However Eleanor married Eldon, who was originally from Prince Edward Island and has lived here for many years. She knows this island and is a wonderful cook.

Eleanor was familiar with smelts from growing up in St. Augustine, where fishing for smelts in the winter is similar to this island. There too, fish shacks are hauled onto the ice and lines are jigged through the ice for the tiny fish. Eleanor gave me a smelt cooking lesson and we had a seafood feast.

I made scallops martini which is scallops in a vodka marinade. 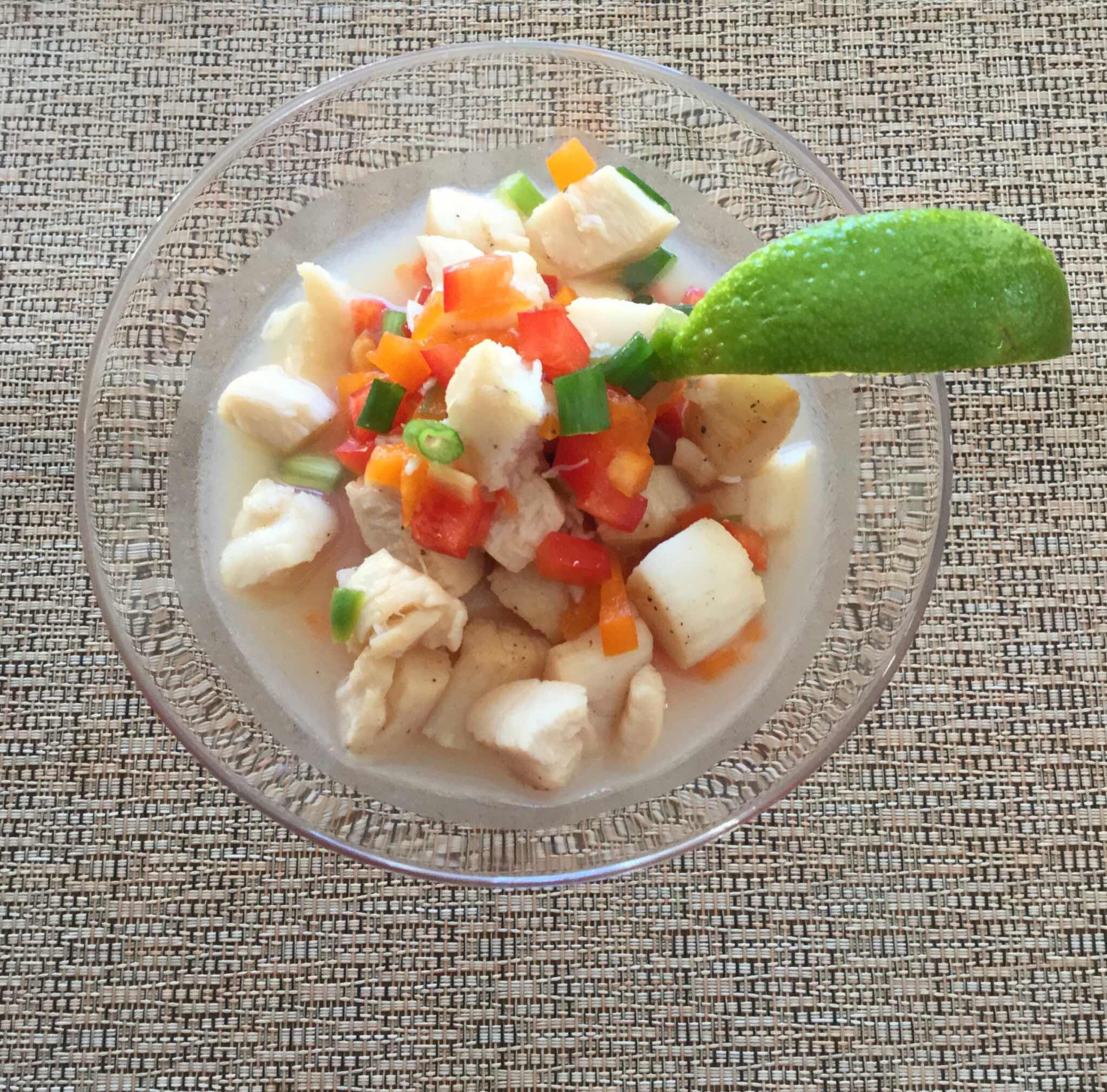 Eleanor made fish cakes out of salt fish which is our favourite. 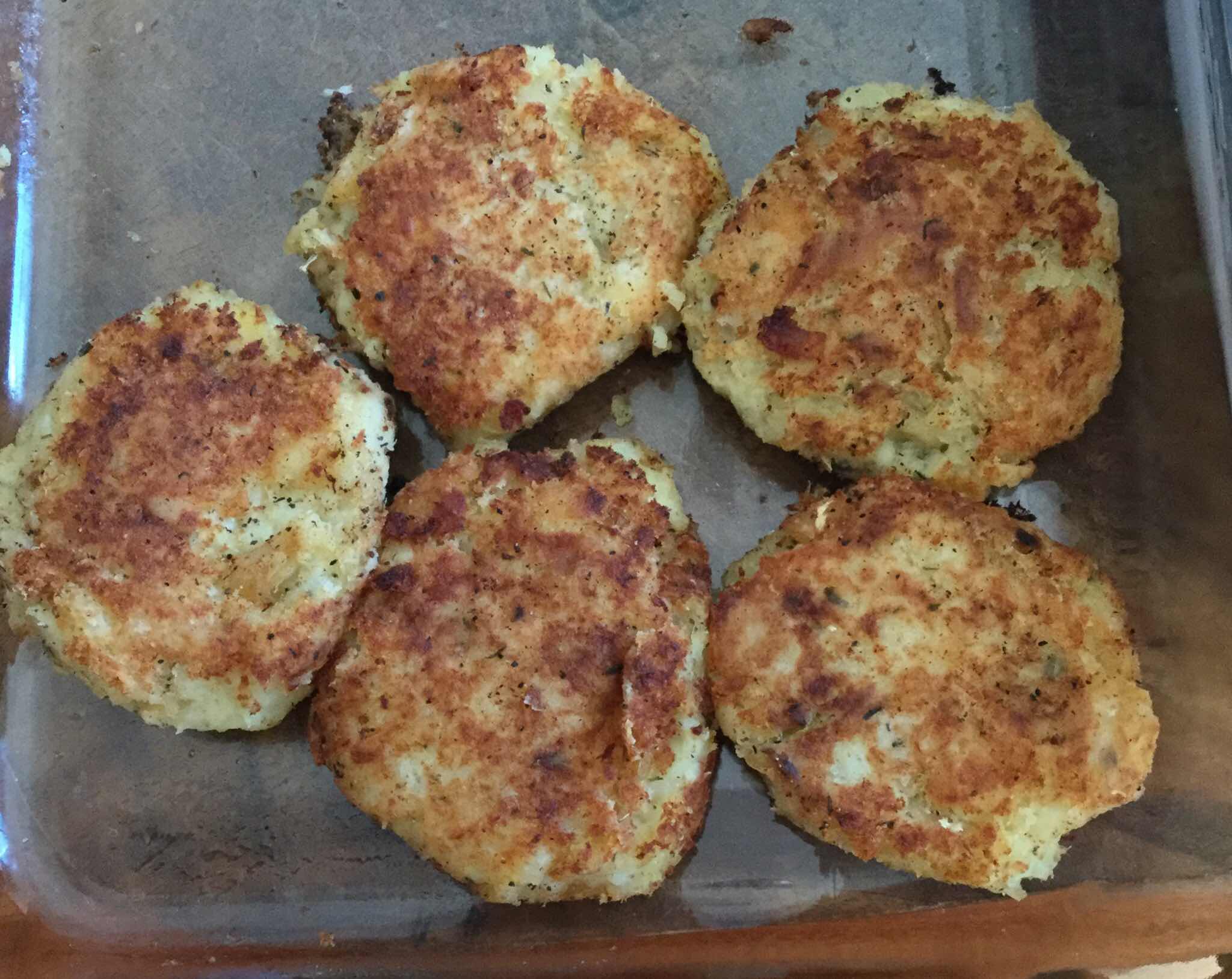 I cooked shrimp and Eleanor fried the smelts or white fish as it’s called on the lower north shore of Quebec. 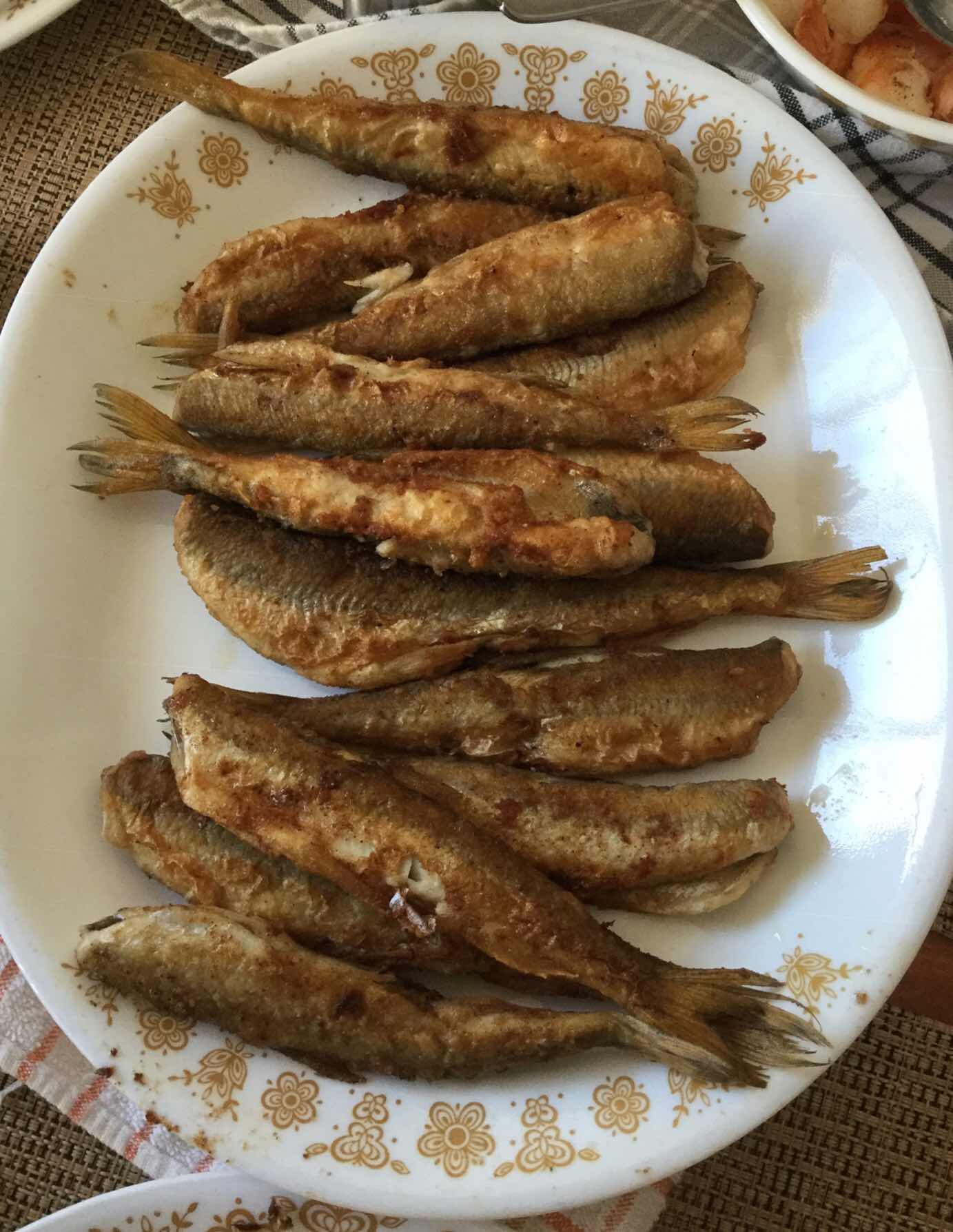 We had baked potato and another veg dish as well. And of course, we had dessert.

The smelts in the package were cleaned which was a great bonus. We used a thin coating of flour and seasonings and gave the fish time to brown. The trick when eating them is to slice them through the dorsal fin along the back and open the fish to expose the backbone, which is then easy to remove. They are tasty fish which my husband and I both enjoyed.

We had way too much food, but leftovers for the next day are always great. Such a seafood meal is in keeping with our heritage, though my ancestors would have been lucky to have one type of seafood at a meal. And you can bet, there wasn’t any vodka for the scallops either!

It looks wonderful! I think I would like to try smelts sometime. But the vodka scallops is sure a new one for me! :-)

I confess to not being a seafood sorta guy. I pretty well limit myself to fish n chips where the fish are battered and deep fried.

They look very good. Wondering how hard they are to clean. Fresh seafood is the best.

You Newfoundlers are a very hearty folk. I wouldn't last one single winter. But I'd eat as much as I could before perishing ;)

I'll admit that about the only way I'll take seafood is of the battered fish and chips variety. Beyond that, I'd rather not.

Smelts I had heard of - but not eaten. Capelin is new to me though.
Scallop martini? That does sound decadent and delicious.

Smelts are great, we love them, glad you enjoyed them too.

Everything looks so yummy!! I love scallops and crapcakes are my favorite. I have never has smelt!!

Since my Dad passed and my brother-in-law hurt his hip, I don't get much fresh fish anymore. Your dinner sounds great. I just hope that we don't pollute all of the world's water unto the point we can't eat fish anymore. Doesn't seem like that is possible, but many things are now possible that we never thought would be.

A great feast! In our house we all love fish. I have never had Smelt! Thanks for sharing!

Never had smelt, and hope I may, some time.

They look easy to cook. Thank you for the lesson. :)

I love your roots and how closely you're tied to nature and how you truly appreciate all that around you. Most excellent.

Looks good but I'd have to leave out the Vodka too !! Otherwise 29 years of sobriety down the drain...

I love all kind of seafood! I haven't eaten smelts for a while now. I remember the last time I ate them they were so small we could eat the whole fish... bones and all! ;)

Fish cakes made from salt cod..... i am swooning!

Looks delicious!!I am a seafood eater!

Not sure about the smelts....but the fish cakes look yummy!