The ice is finally gone on the stream and the ducks came back right away, as if they were watching nearby when the water started flowing. There were three American Black Ducks on the stream, 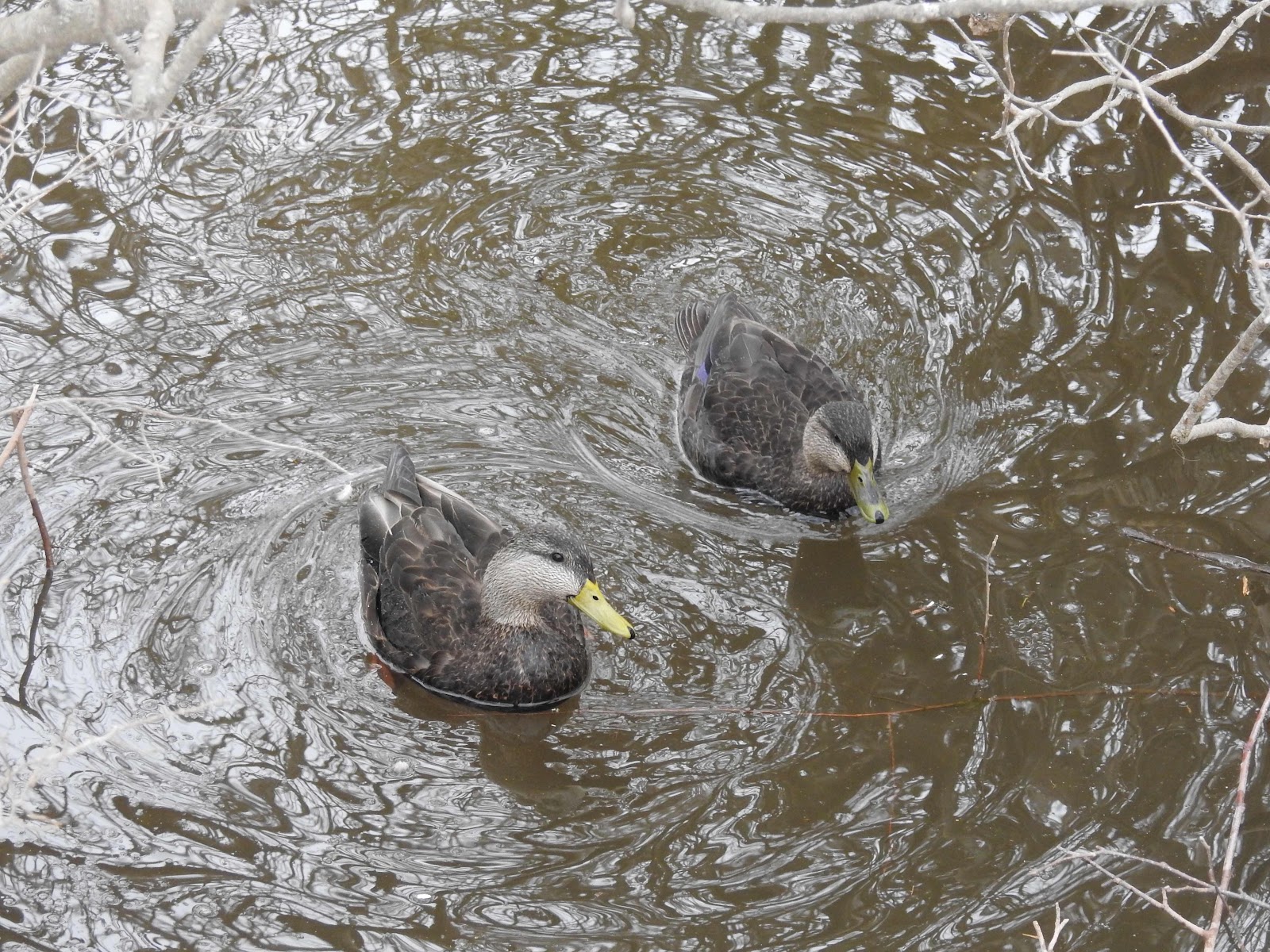 two swimming around above the bridge and another preening itself 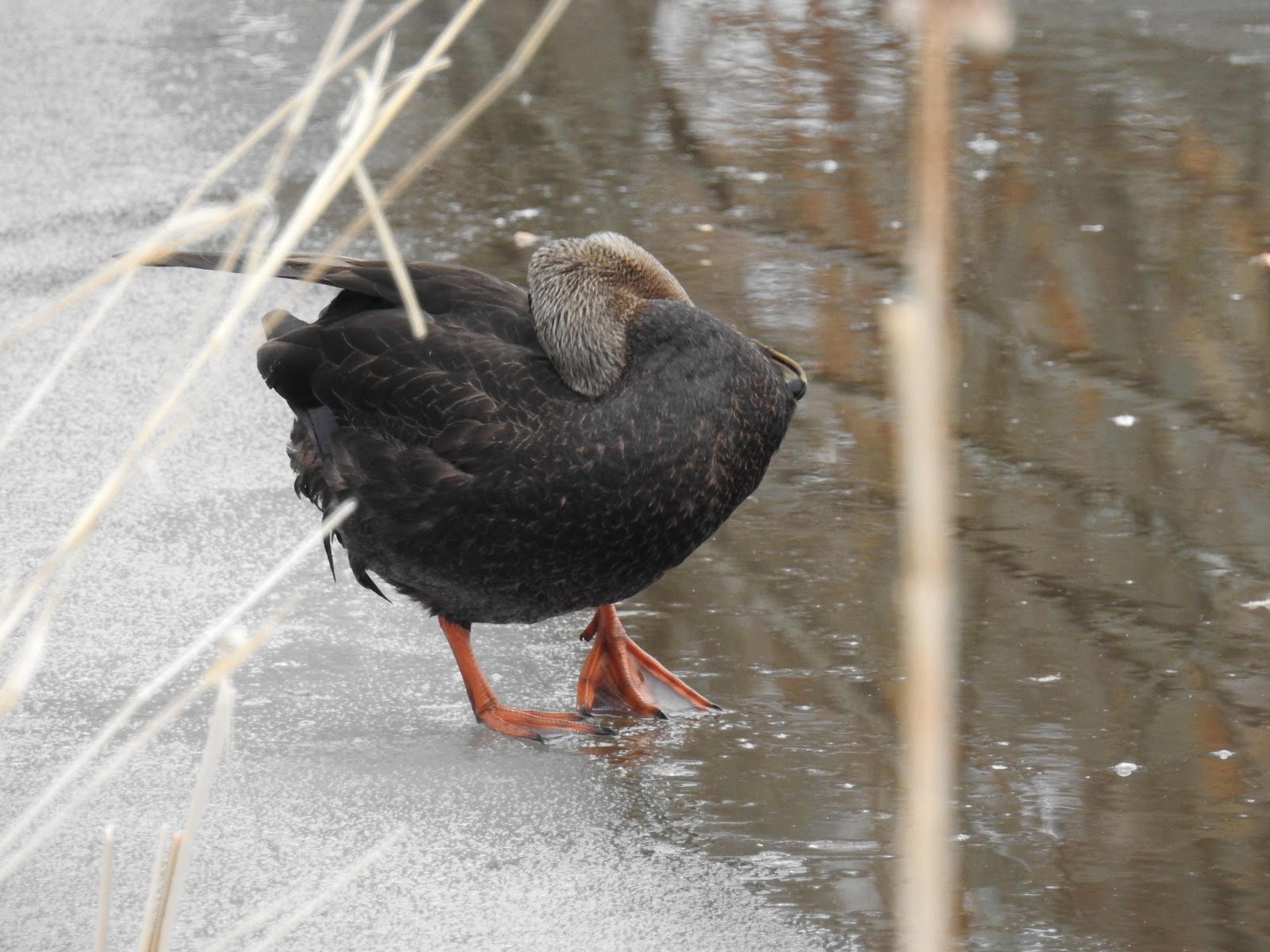 on ice at the edge of the stream. 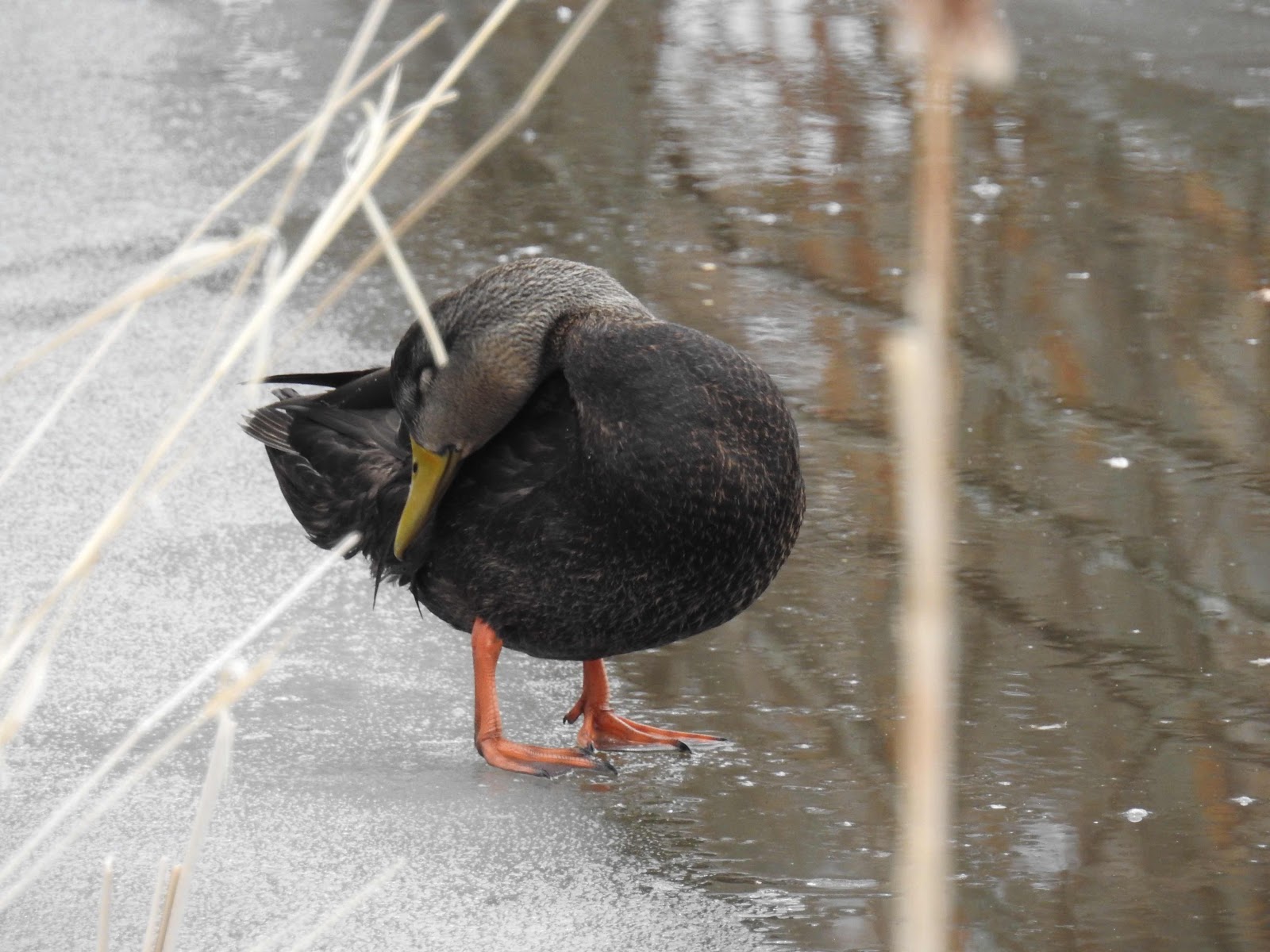 The preening one gave quite a show 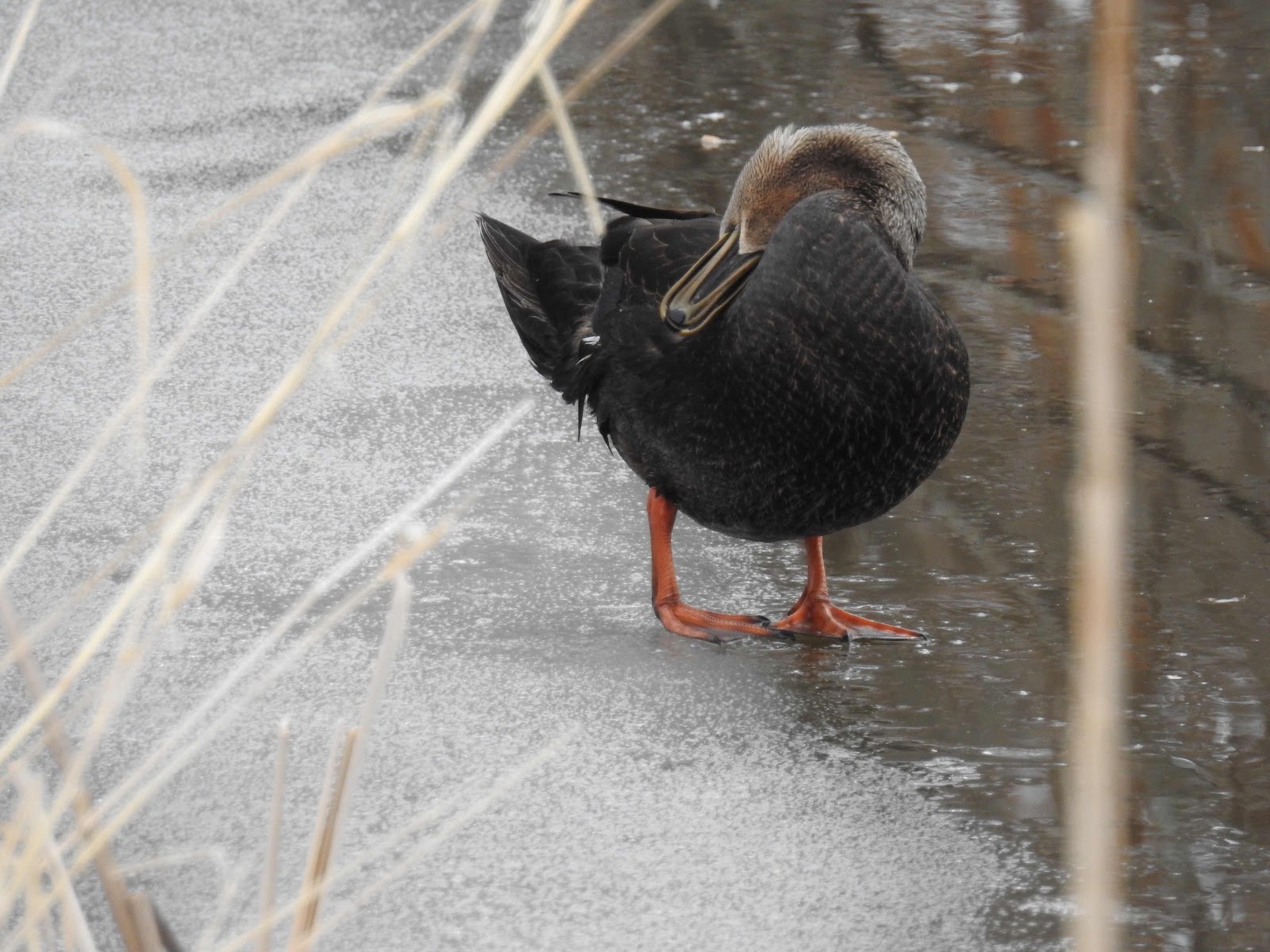 as it contorted its neck while we watched. 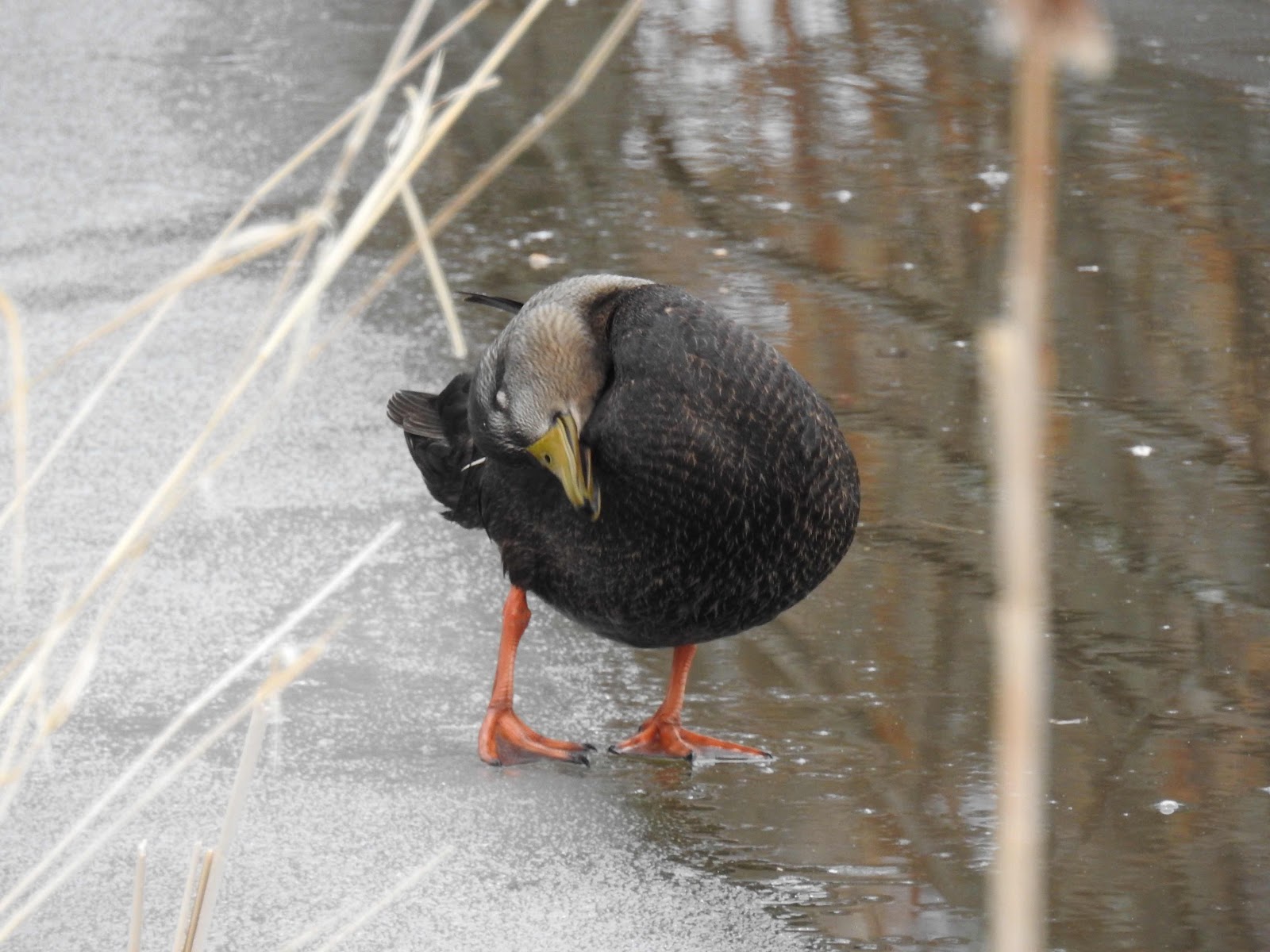 The large duck looked quite pleased with itself as it finished 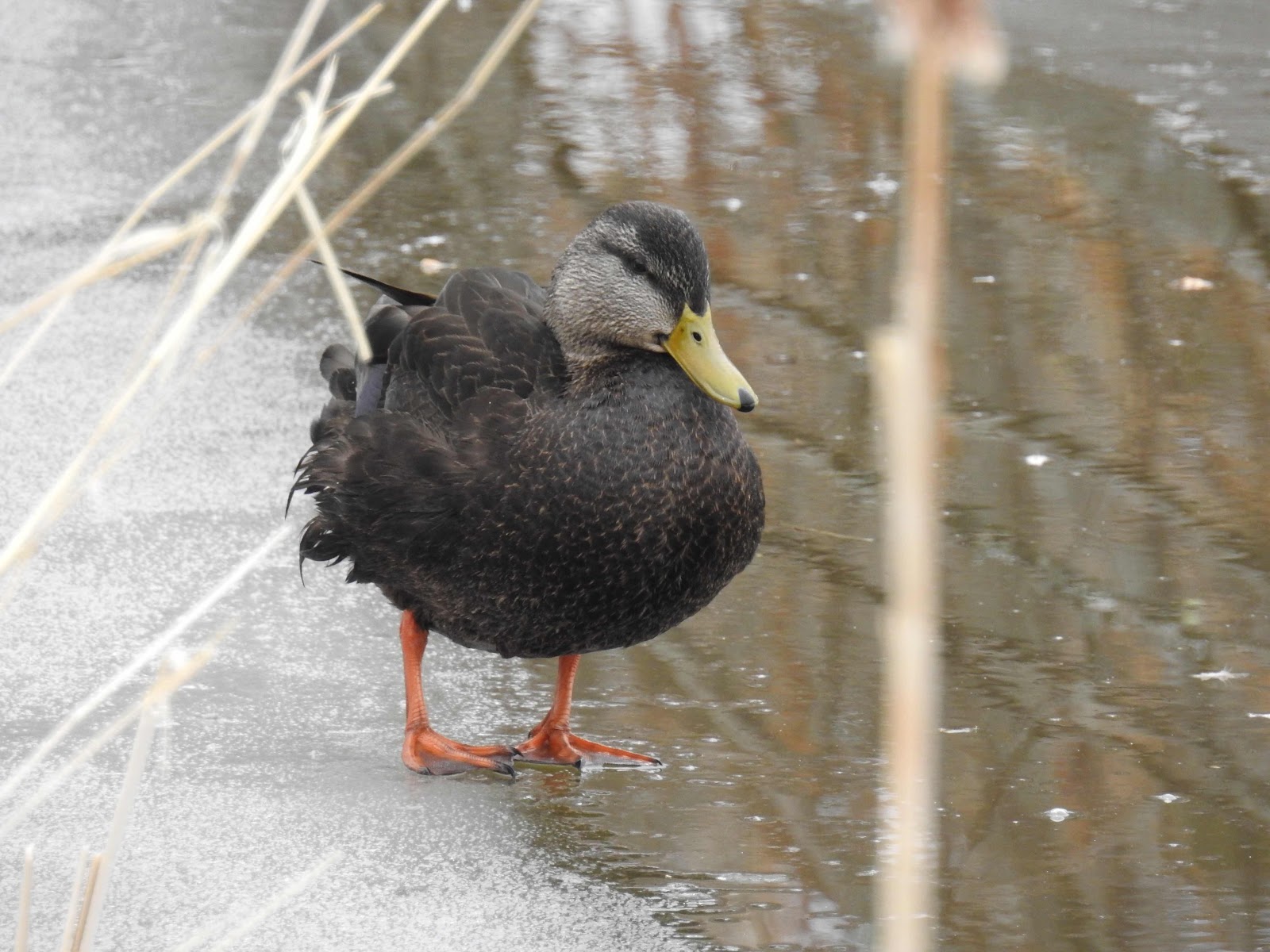 and strutted along the ice. 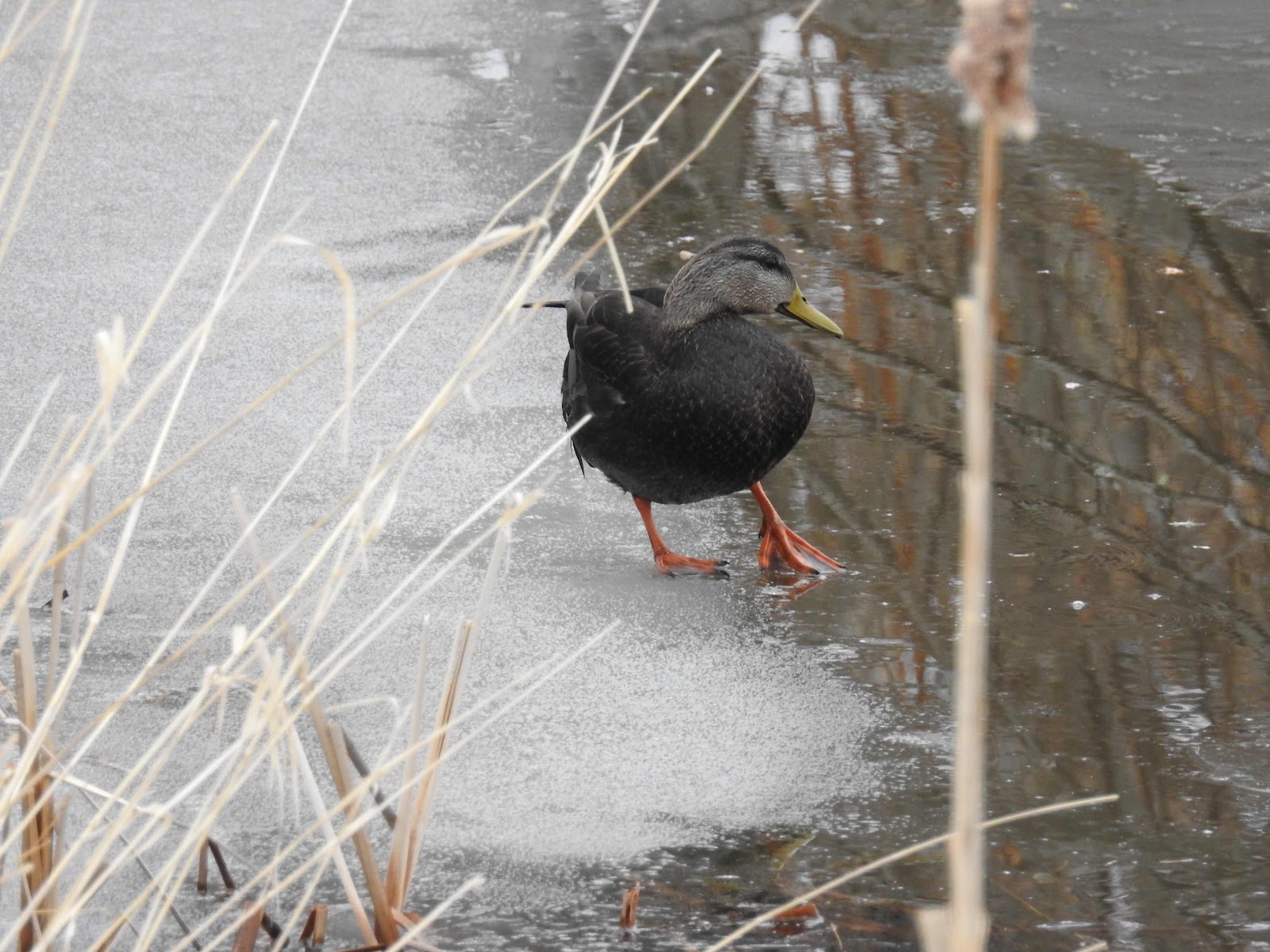 Ducks are such interesting creatures and are a pleasure to watch. Two of my favourite photos from last year were of a single American Black Duck in a salt water marsh further along the boardwalk. 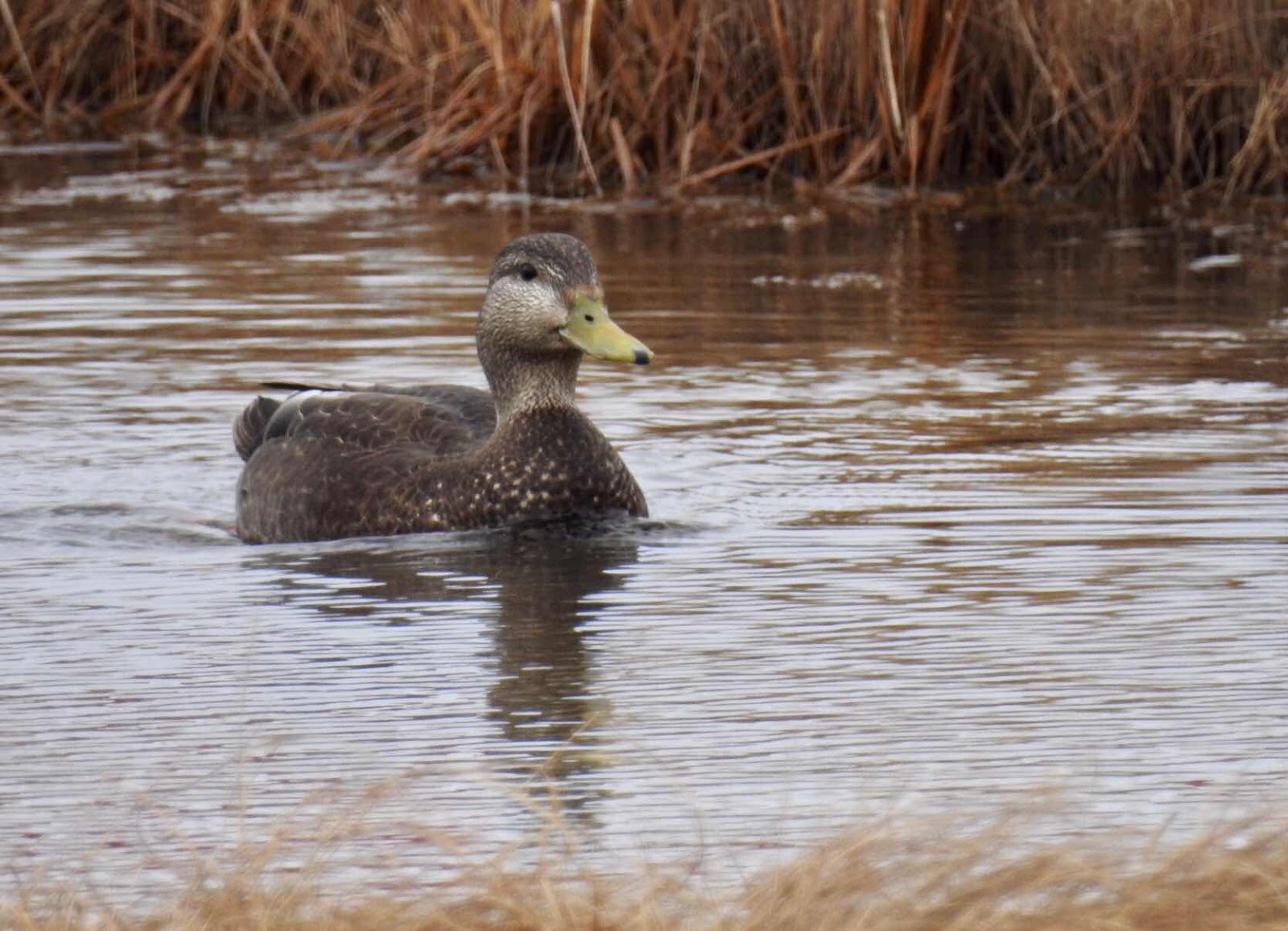 The bird looks so thrilled with itself and life in general. 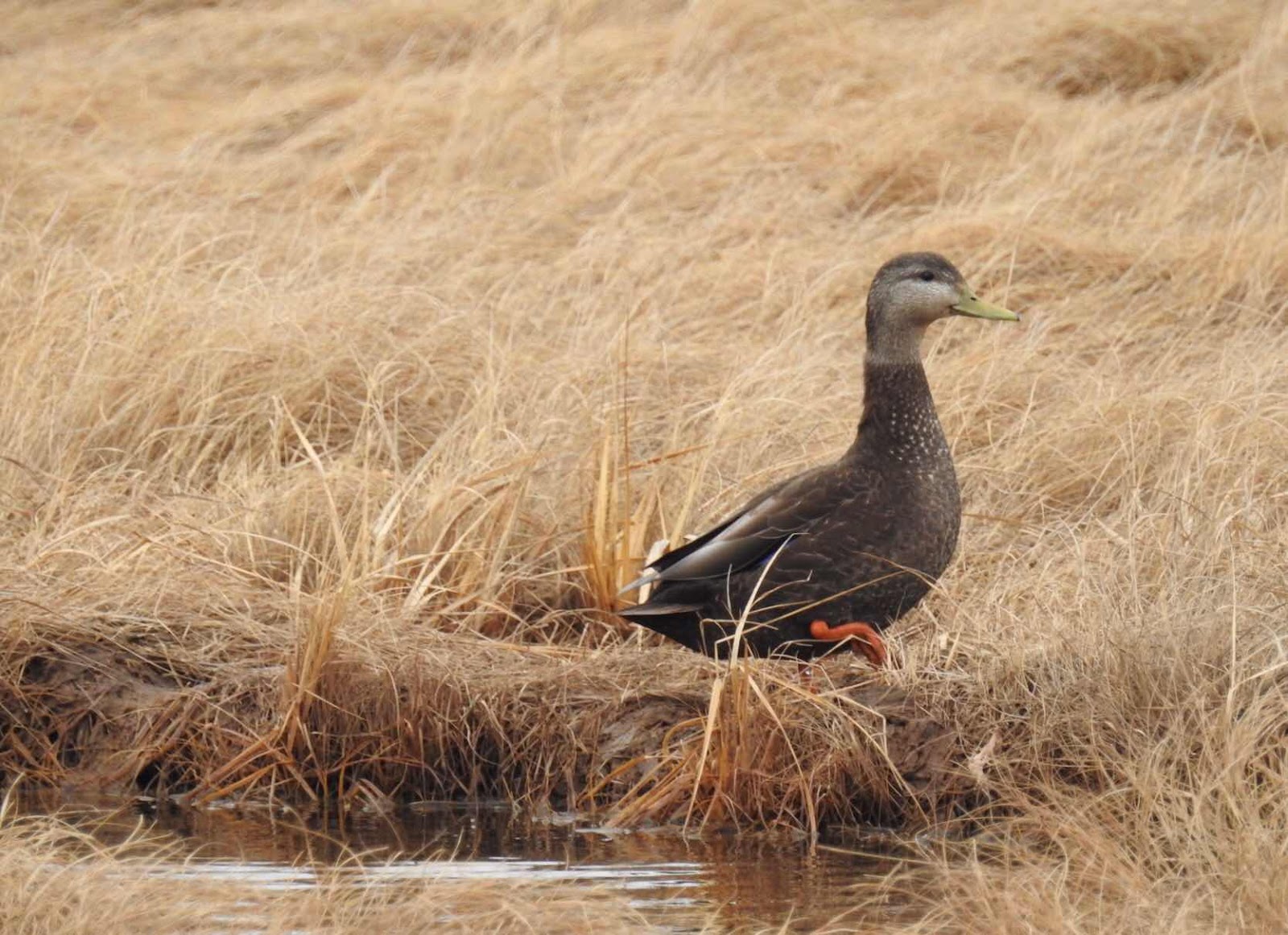 Love your ducks photos, they are so cute. They seem to have a happy life. Take care, stay well. Wishing you a happy and healthy new week!

How handy it would be to have such a flexible neck Marie 😊 lovely series of captures, ducks can have the most beautiful colours in their plumage 💚

Yes, ducks are the comedians of the water birds. Great pictures.

He does look quite pleased with himself. I love the photos of the preening behavior. :-)

Some birds are quite contortionists. So much for our mild winter and warm spring - it is trying to snow here today!!! Take care, Diane

HUGE smiles. I needed these charmers this morning. Many thanks.

Ducks seem to know how to make us smile. :)
Wonderful photos, Marie.

Interesting critters, loved the post-preen photo especially. Brrr, quite a place for a bath.

I am always amazed at how they can bend their necks...and you got some great photos of the one preening...

I love the quizzical look from one of the ducks in the first photo.

Even though he is not brightly colored, he is still beautiful.

So neat. I love ducks.

Animal instinct is incredible. How do they tell when the waters thaw? One of our cats ALWAYS knows when I go and sit outside and comes to say hello, but I have no idea how she can tell. Enjoy your day :)

A very entertaining creature!!!
And the photographer was there!!
: )

It is always a pleasure to see pure Black Ducks. They interbreed with Mallards so often they are being swamped in some areas.

I am finding them to be a point of interest in these days, but there were none in our pond on gloomy yesterday.

You are right about duck! Fun creatures.

gorgeous captures marie...that water does look quite chilly!!! the ducks are beautiful, i don't see this black ducks. the ducks i see all LOVE preening, it's like a season..."preening season"!!! hehe

Love these shots Marie. I especially like the one of the duck tip toe-ing along the ice edge of the river.
Yesterday was beautiful here and today its gray, chilly and gloomy.
I sure wish it would make up its mind and be warmer. It's not as nice to do our walk in the blah weather.
Safe well and stay safe..
Sue

They're so cute! I love ducks. My grandfather raised orphaned ducks when I was a child, and I've loved them since then. Thank you for sharing such great pictures.

Great shots of these interesting ducks, Marie - that one in the first photo has his eye on you in return!

Beautiful pictures of the preening duck, Marie! You really captured the essence of the moment in your pictures. Yes, the duck certainly looked quite pleased with himself!

haha she seemed so shy isn't she ?

very well captured dear Marie i so enjoyed all images
they transformed my day :)

My gosh, he really can twist that little neck about, eh?