Around him, others are enjoying themselves, revelling in the conditions. They take the challenge of the high winds and the higher gusts as a dare, to lift off in the maelstrom and control movement as if to take charge of the wind. All he can do is watch. 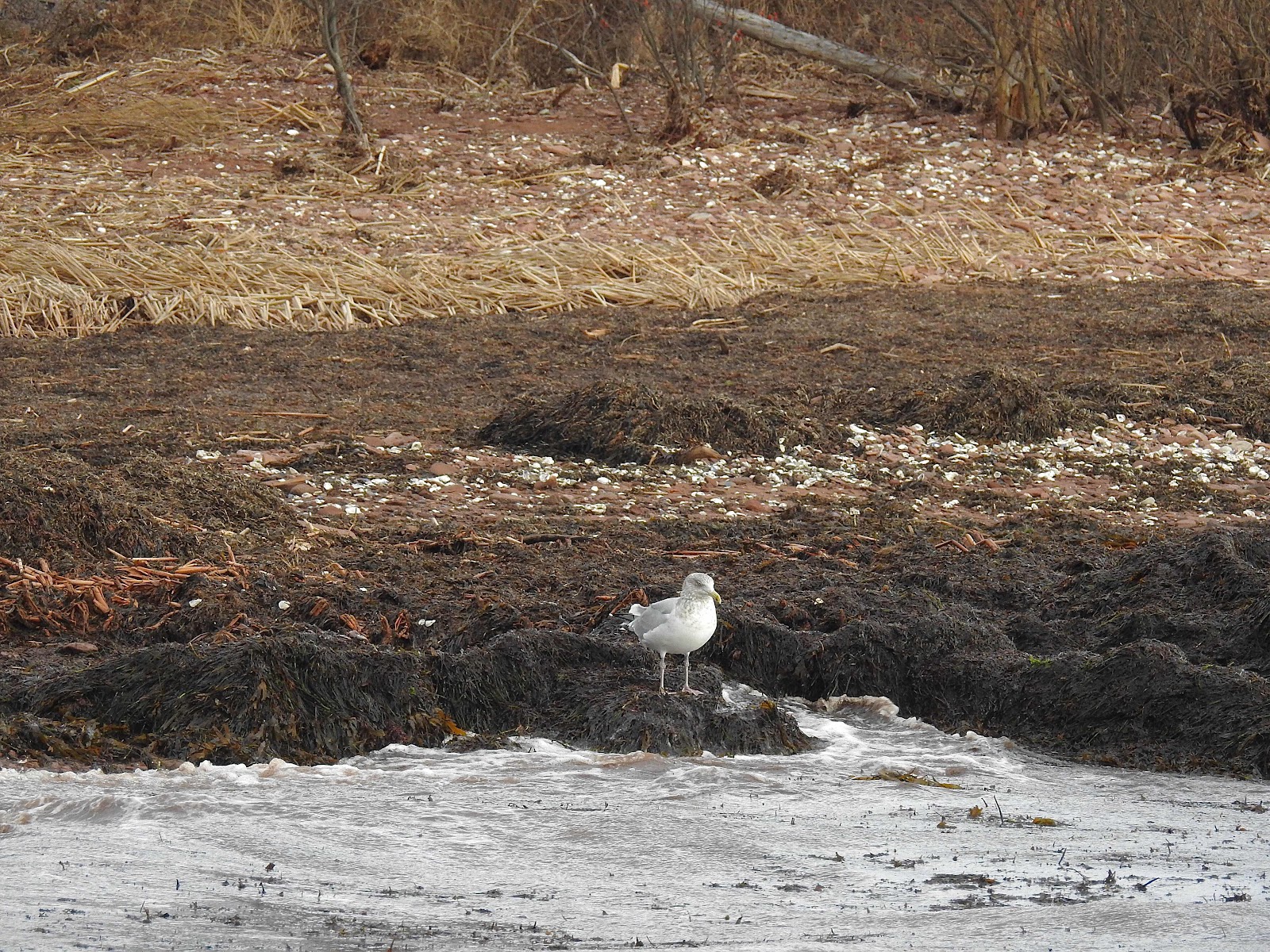 He stands a distance from the water’s edge, amid tons of seaweed and slowly inches his way towards the churning sea. Around him the waves occasionally splash upward as they end their journey along the shoreline. Bravery is not his strong point he thinks as he watches the others, wings spread, soaring on the wind gusts. He’ll be an adult soon and others will wonder why he doesn’t play anymore. Thing is, he never did, always afraid to throw caution to the wind and soar with it. Maybe today… 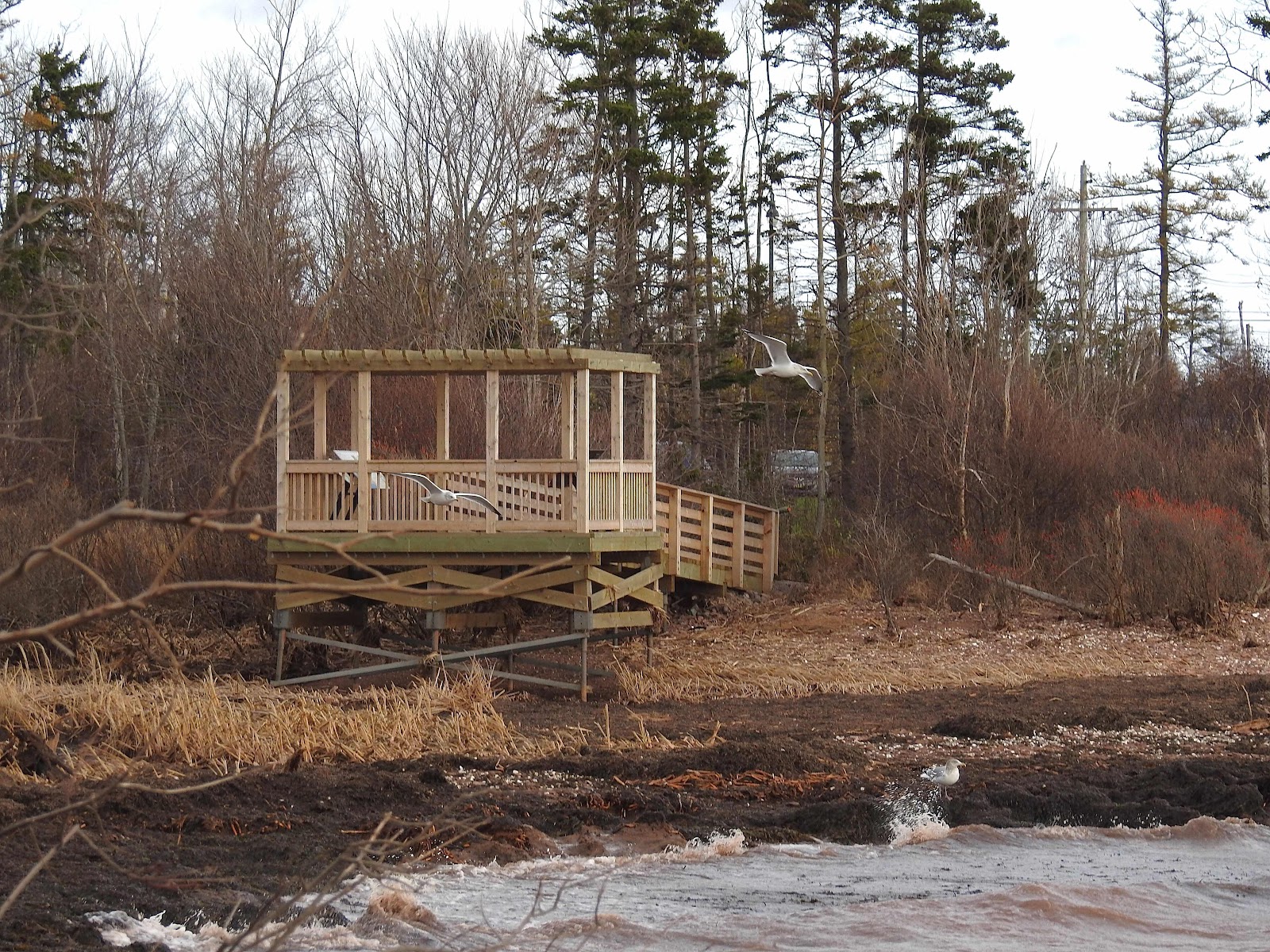 A couple arrived and watched too. He’s seen them numerous times before when they stop at the salt marsh. They watch the flock with interest as it lifts, floats and falls on the currents. They see him too, but move on watching other birds around the bridge. 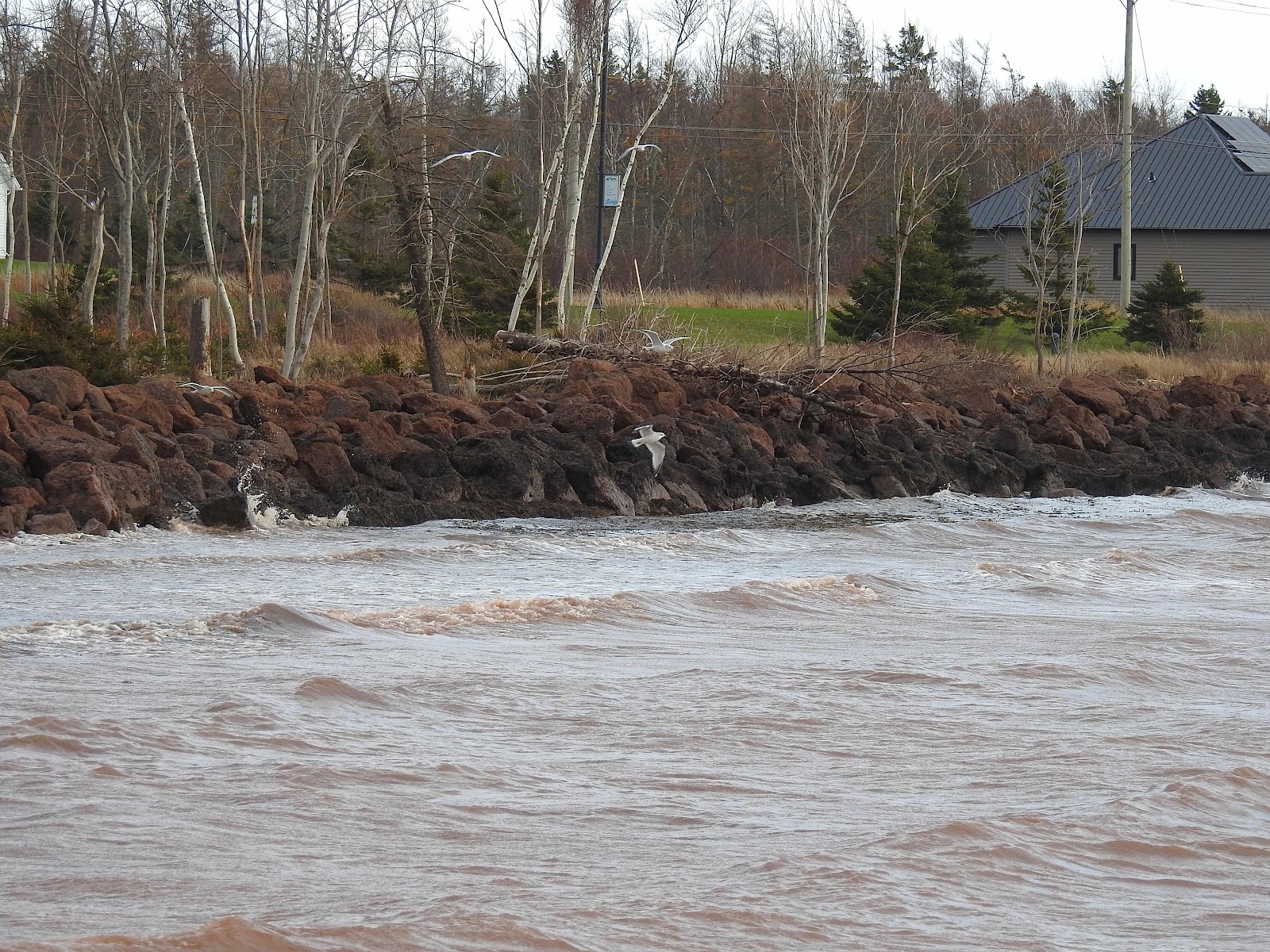 Later, when the couple returns, they notice his absence from the seaweed. Meanwhile, along the shoreline, the flock continues to soar on the wind. Is he there with them? The couple likes to think so. 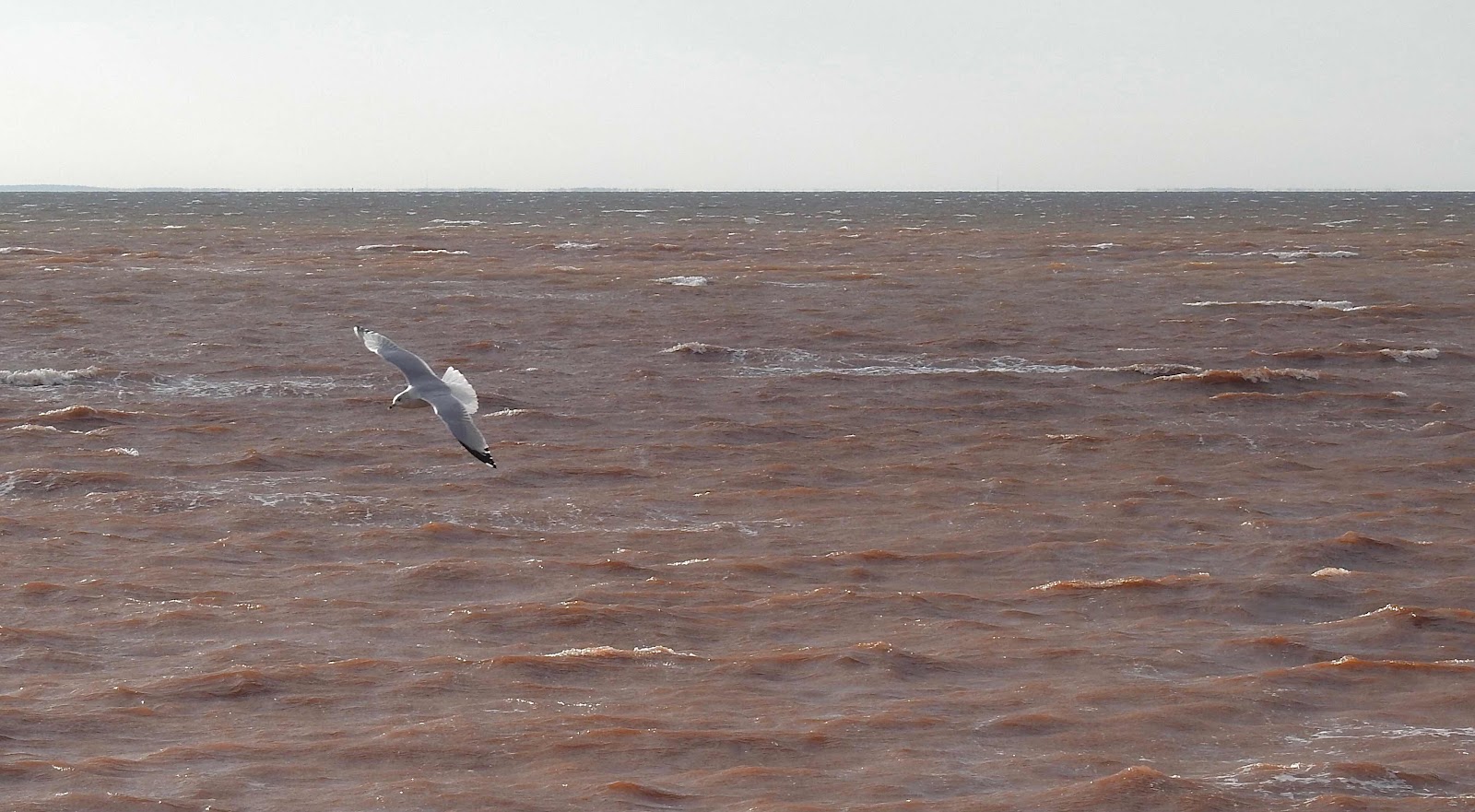 Posted by Marie Smith at 11:25
Email ThisBlogThis!Share to TwitterShare to FacebookShare to Pinterest
Labels: gulls, seaweed

This is so very poignant. I too hope that he is soaring...

These are lovely views.

it makes you wonder about them!! it's so nice you are still getting out for walks, enjoying nature and the views. i enjoy the story and your images as well!!

Interesting. Some birds do get left behind.

I hope he's soaring with them too!

I hope he's soaring too.

Love the story and images. I hope he is there soaring!
Take care, enjoy your day and happy weekend!!

So very Jonathan Seagull...
Love the way your write. It is always so descriptive.
That water sure is churning..BRrrrr.
Sue

OOps, I think I missed a word in my comment...
Jonathan Livingston Seagull...whew...
Sue

What a fantastic story, free as a bird!

I love how you tell his story, Marie! I like to think he is soaring now too :) Beautiful storytelling along with the pictures!

Oh, he's out there for sure soaring on the energy of admiration.

Long may the winds be his friend.

You live in a beautiful part of the world. I am sorry about your dog.

Sometimes we all need to sit on the sidelines (the shore) and soak in the surroundings before taking off on our own..

This is lovely Marie.

Oh I hope he is. I'm sure he is, having plucked up his courage and found how easy it it so soar.

I posted today about birds as well. The are our inspiration.

Outstanding - And What A Location - Sending Positive Vibes Your Way

Those are sure choppy seas
Coffee is on and stay safe

The tale of the hesitant sea gull. I like to think he found his wings and is soaring over the water with the other gulls. A lovely piece of writing.

Beautifully written.. I'm sure he has found his wings and is soaring.

Such evocative writing, Marie. I wonder how he will fare through the winter?

Beautiful story! I hope he succeeded...