Birds of the national park

The bird song was obvious from the moment we left the car. The wetland between the parking lot and sand dunes of the national park at Brackley Beach was his domain and he let everyone know. I was drawn to his unusual voice. 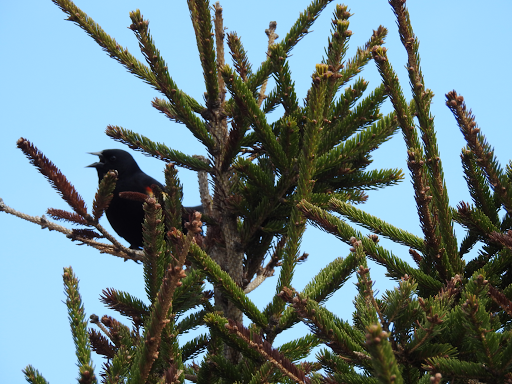 You can hear the red winged blackbird here.

He was partially hidden in the spruce tree but the flash of colour on this shoulder was visible on occasion. Then he flew to last year's cattails and the red and yellow on his wings, visible when the male red-winged blackbird is courting, was in full display! He was a beauty. 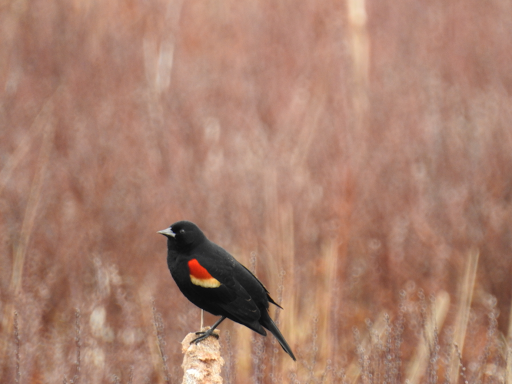 This ruddy turnstone was cruising the beach, flipping the seaweed for insects or crustaceans. 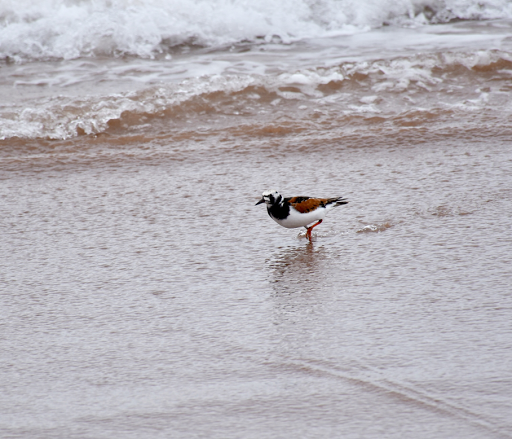 He is stout bird with a strong bill and a pattern on its back in flight. 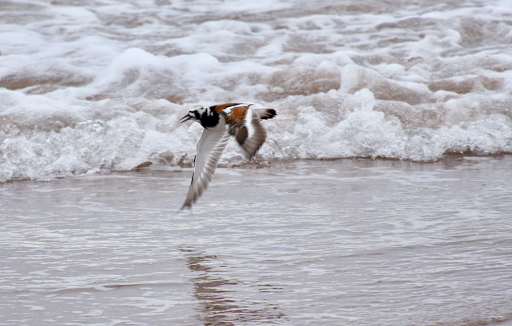 A juvenile ruddy turnstone doesn't look much like the adult but the orange legs give it away. My husband and I saw this one last September in Savage Harbour, Prince Edward Island. 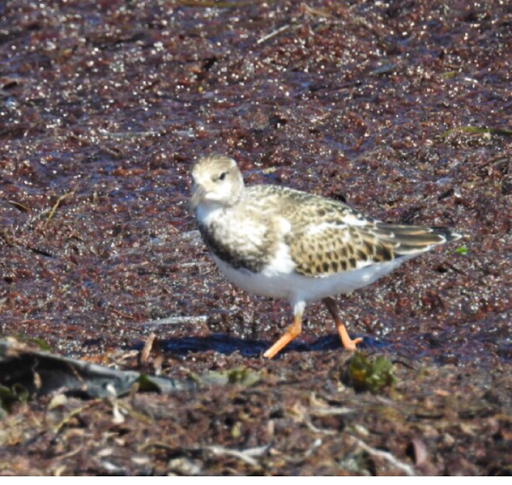 The sand dunes along the beach of the national park near Brackley, are the perch for a pair of bald eagles. They sit on the dunes, about twenty-five meters apart, and survey the area below them. The birds are visible from the road and have used this perch for at least a year. Others have reported the two in the same place numerous times. 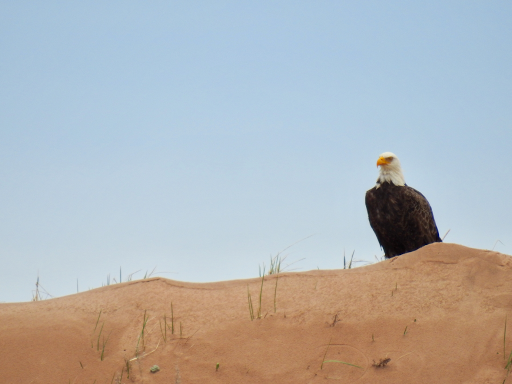 Wind was high in the open area, making it difficult to hold the camera steady using the zoom. However, I managed to take two almost clear photos of these huge birds. 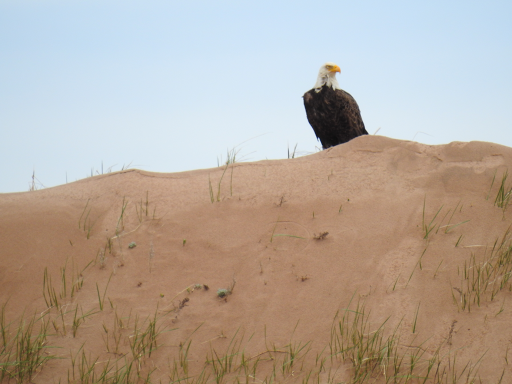 The tidal marsh of Brackley Bay in the national park had numerous ducks but also a small flock of greater yellow legs. One of these sandpiper type birds was in an area by herself as she waded in the cold water. 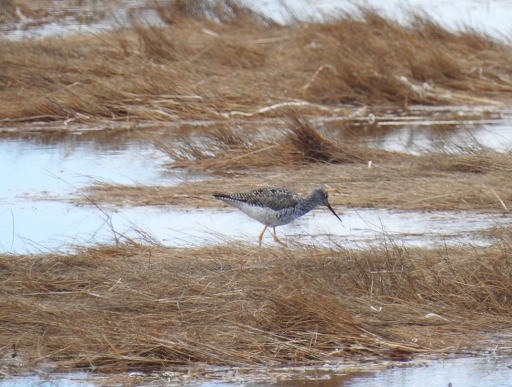 Two others were never too far apart as they waded through the marsh. The long yellow legs and long beaks are designed perfectly for their niche. They walked away when I crossed the road to get a closer look.

Birds make any excursion on Prince Edward Island interesting for us. 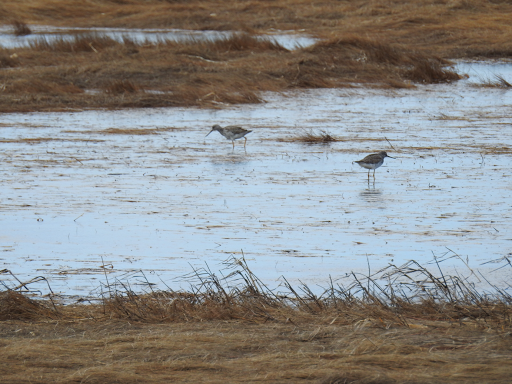 Wonderful birds. We see lots of bald eagles around here, but the turnstone is a new one to me. What fine coloring! :-)

I wish you could see my little dog when I play the bird song video! lol He cocks his head to one side and just looks!!! Beautiful variety of birds and lovely photos today.

We attracted a lot of juvenile red wing's to the feeders at the old house. Imagine my surprise to now live one block further north and find them all emanating from the stand of cattails.

What lovely shots you got there. Greetings.

I've only seen a bald eagle once in the wild -- how magnificent! I'll never forget it.

Feathered enchantment. Loved the song too - thank you.
Bald Eagles? Wow.
I am so grateful that the blogosphere shows me birds I will never see for myself.

Beautiful images of the birds, they are lovely.

I find your island so beautifully fascinating. Still wild and filled with nature.

The turnstone is a beauty, Jan.

Lol. I'd love to see that reaction, Mildred. Thanks for visiting.

The cattails are a favourite haunt of those pretty birds all over North America, Joanne.

They are wondrous in flight, Debra. I'd love to take such a photo.

That's the way it is for me, EC, when you show me the beautiful Australian avians.

Thank you, Bill. Birds are my new fascination.

The island isn't very big, Mage but there are so few people here. It is filled with nature and wildlife.

your images are amazing - how wonderful to see the bald eagle and then get such a clear capture!! well done!!

I really like the bird pictures. Birds are so fun to get pictures of them. I hear so many of them around here in the mornings, but I only usually only ever see robins.

Nice glimpse into this park.

The bald eagles were hard to capture because of the wind, Debbie. There were majestic!

I did some photos of robins recently. It was amazing to see the close-up detail I had never noticed before.

That park, like all national parks, is a great place to get back to nature, AC.

The 'red winged blackbird' really does have a distinctive call! You caught excellent bird shots here Marie, the bald eagle is tres impressive up there!

Birds are my new obsession, PDP.

Bird-watching is such a fascinating hobby, Marie...one I may decide to take up one of these years, with proper binoculars and all. We have many bird sanctuaries here in the Netherlands, so I'd be in Bird Paradise. The next thing, of course, would be in identifying them! Good for you in doing so.

You did an amazing job capturing the clear picture of the eagles under wind conditions! I didn't realize the island had eagles. What a delightful array of bird pictures you have shared!

Marie says: Again I am having trouble posting comments.

There are lots of people willing to help with identification, Ginnie. A good reference book and website are great too.