The day was hot. We had walked to the Appalachian Trail in the sun, without a breeze, accompanied by the first flies of the season. The bug spray worked though the flies still swarmed around us. My husband and I drove to a nearby beach for lunch, hoping for an ocean breeze but the air was cool and required a jacket. 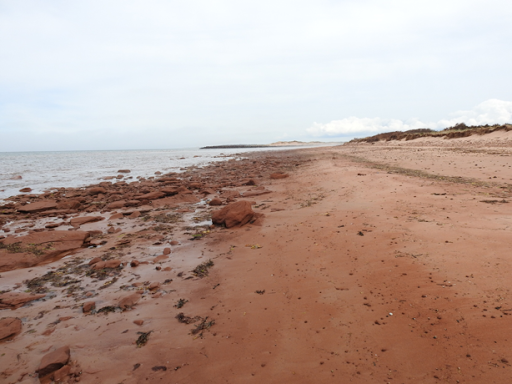 Nearby a boat made its way through the channel, headed to the wharf. 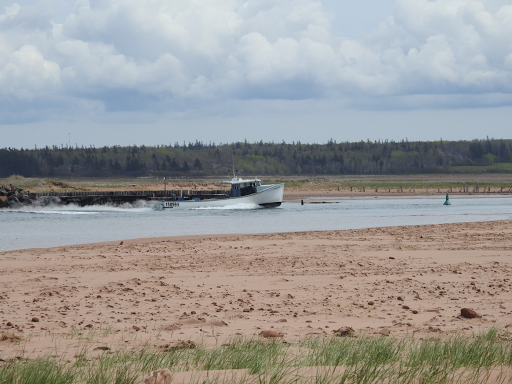 This beach at Savage Harbour is a nesting place for the endangered piping plover. We walked close to the waterline, so as not to disturb any birds which might be nesting among the dunes. 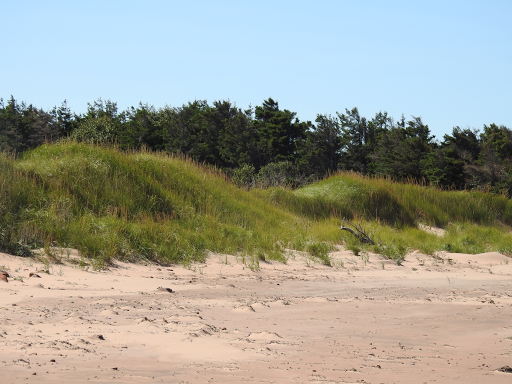 Winter was hard on this beach however. 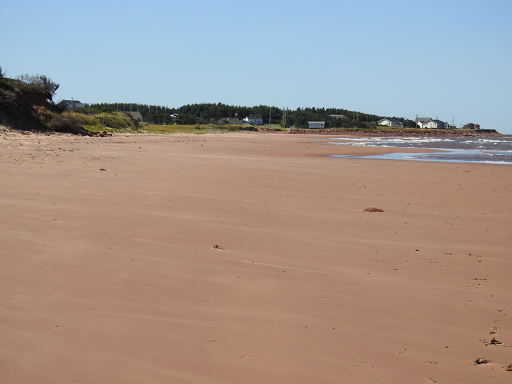 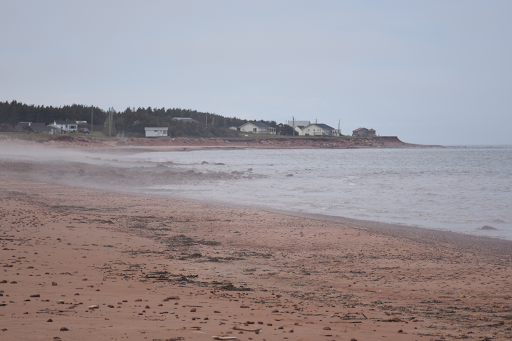 We worried the birds couldn't nest here this year, but the many bird songs in the woods behind the dunes reassured us. 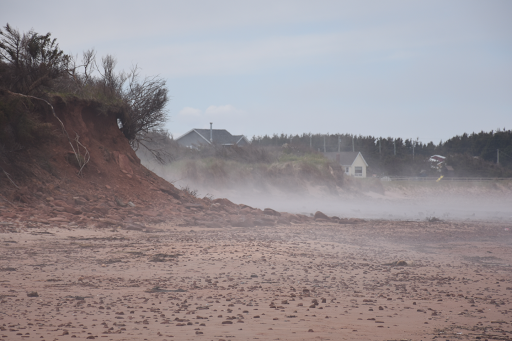 Then the fog began to rise from the shore above the waterline. It didn't dissipate as it moved along the beach however. This fog meant business, as we saw a bank of fog off-shore. Before long the boat channel and the beach were obscured with the cool white mist which enveloped us too. 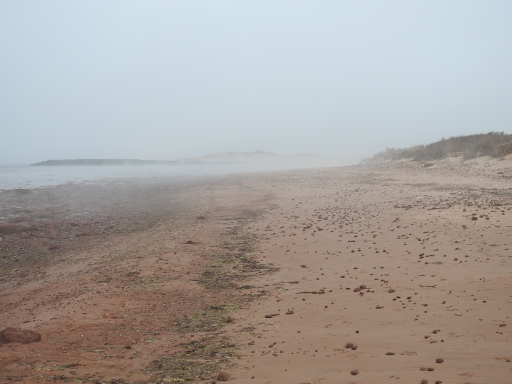 Within ten minutes we were shrouded in fog. 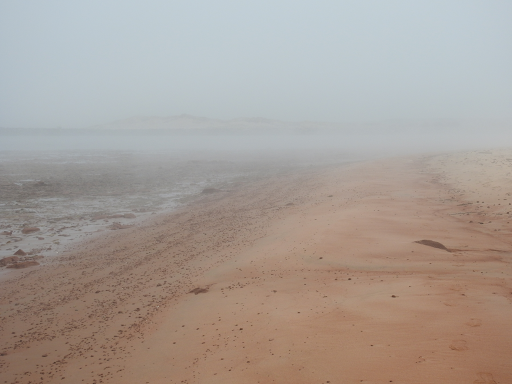 We left the beach to seek refuge in the car. It was a day of extremes.

I've walked the beach at Savage Harbour! We stayed with friends in their cabin right by there. Interesting info about the piping plover!

We don't usually have fog AND heat. I like your pictures, and I'm glad that the winter damage to the shore doesn't seem to have affected the birds. :-)

Hello,Marie,
Your red sand beach is always beautiful. Walking into the fog is thrilling!!

the extremes brought forth some beautiful images. we have had some crazy weather in new jersey. we use the heat in the morning and the air conditioning mid day - it's been wild!!!

your beaches are pretty, but much different than ours!!

You live in an amazing place. I seen fog and heat when living Hawaii years and year ago but I had forgotten about it. What wonderful views you have each day.

The fog rose up from the shore? I don't think I've heard of this before Marie.. heat and fog, how fascinating! Well it's interesting to know that you are inundated with flies too, I thought that happened just in Perth ☺

PDP, I am having trouble with comments again. Sorry about that.

We have had fog and mist too, but not through heat, mostly rain!

Definitely a day of extremes. Beautiful extremes. Love the rise of the fog and mist. Magical. Something we usually only see at daybreak.

Although this is PEI, I am reminded of a lecture I once heard on Nfld: Capes and Fogs, and Bogs and Dogs.

Beautiful extremes, I really enjoyed seeing them. We have fog here down on the shore but in most cases it leaves before noon. Last year we had some that lasted 4 days, so bad that the town was hard to see. Nice photos Marie.

That's amazing how quickly the fog descends and how the scene changes. Do you have a constant problem with flies at this time of the year? Sarah x

It is a beautiful place. We have never seen people there, Debra.

I don't know if any of them were piping plovers but there were lots of birds in those woods, Jan.

It was cold that day on the beach, Tomoko, especially when the fog rolled in.

Over twenty degrees difference in temperature that day, Debbie. We have to be prepared for all weather.

I feel at home by the ocean, Celia. It is good for my spirit. I love life here.

It's been a damp spring, Shammickite.

In Newfoundland, the fog often rolls in during the evening when the winds calm down.

My native Newgoundland, especially the east coast, gets fogged in for days, Bill.

We often have wind, so the flies are not around constantly, Sarah. When it's calm, there are flies however.

It all looks a bit erie along that shore. I'm afraid I would have stayed home with a good book and a nice log fire on a day like that. The weather here in the Mother Country is cold, wet and miserable today. Haven't seen any flies this year yet!

Lucky you without flies. However, it's so cold now, the flies aren't around anyway. They'll be savage when they get a chance again.

Birds are amazing in their consistent return to nesting spots despite the weather. Goodness you did experience every type of weather that day, ending in a complete mist-out 😀😀

It was an interesting day, PDP.

Amazing how the fog rolls in.

It is, FG. It creeps in quickly!