A little boy. I expected another granddaughter last year and then Owen was born. A new little one to love and the bonus experience of a boy. We had a girl ourselves and two granddaughters already, so we didn’t know what was in store. Let the fun begin!

It it has been a joy. He is such an amazing little guy. 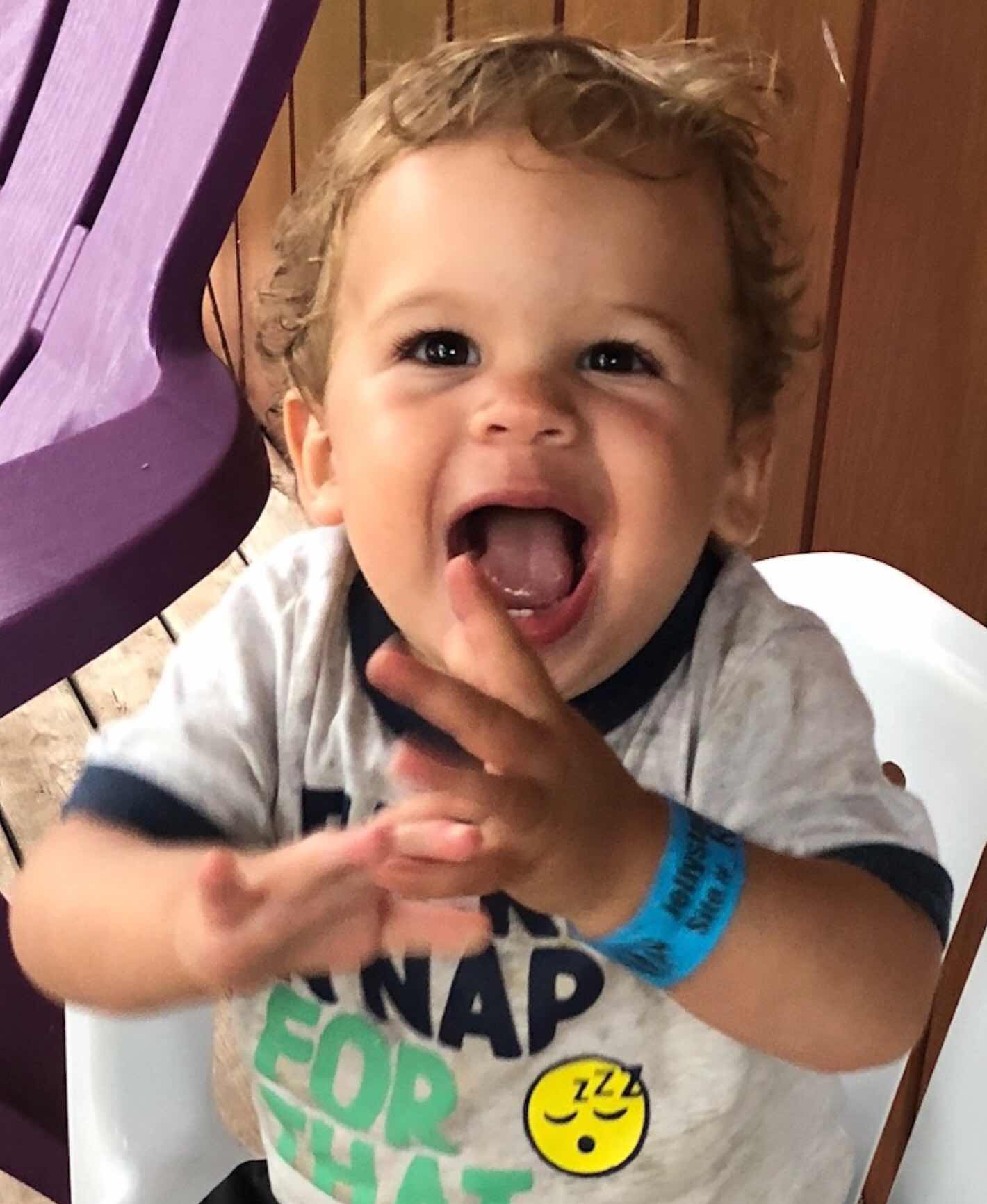 His sisters had traditional male and female toys. They gravitated to the “girl” toys while he plays more with the “boy” toys. Cars, truck and trains are his favourite small toys. He hugs dolls but doesn’t play long with them, not so the vehicles.

When he selects a toy, we play a remarkably long time for his mere fourteen months. Of course Nanny provides sound effects for the toys, the usual motor sounds or the choo choo even though every toy has its own soundtrack, such as the alphabet, colours and numbers.

It recently occurred to me however, Owen will only know electric vehicles for most of his life. With their silence, I wonder what sounds he will make for his grandchildren when he plays cars with them?

I watch as Owen attempts to make the sounds I make today and marvel at his sweetness. Whatever the play becomes for later generations, I trust he will be just as charmed as I am.

He is adorable, Marie. And yes, our world is certainly changing quickly. I like the name Owen but don't hear it very often. :-)

I world is different for sure and not necessarily for the worse. He'll know things we will never know.

he is just too cute for words, what a wonderful surprise. i have 2 sons, so i know all about boy toys and fart sounds, they are just so light hearted and fun!!!

i had not thought about the ineffability of electric cars but you are right!!!

Oh what a sweet little face.. he will win hearts with that big smile 😊 I think there are so many toys now that are non gender, much better. My two year-old grandson plays happily with his four year old sister's toys, and actually vice versa too. It would be so interesting to pop into the future for a peek ☺

He's a cutie, Marie. I'm sure his generation will be creative and make new sounds that we can't even imagine right now.

That's an interesting point about future noises for playing with vehicles -- never occurred to me, but you're right!

He's the best one of all. Curls! Brown eyes!

What a happy little boy. He sure knows how to captivate hearts and especially Grandmas!

What a complete charmer. How could anyone not fall victim to that smile, those eyes...

So Cute!! Little boys are very special...lots of love...lots of active play! Andrea

There must be some hot-rodders around to help him with the noise. :)

I have a boy and a girl - both crazy! Have fun!

And a bonny boy he is . . . those dark eyes and that smile! I hadn't considered about the silence of electric cars; now that's an very intriguing thought!

Owen is not a common name here either Jan.

What he’ll have to know and deal with regarding the environment scares me Linda.

Boys are such a joy Debbie, as you well know.

I would love to have a glimpse of his life in thirty years Grace.

I’m sure there’ll be new ways to have fun with the grandkids Bill.

The world is changing is big ways Debra.

He is just as adorable as the girls Joanne. Lol.

So true Ginnie. He has me wrapped around his fingers.

He is a cutie EC. He is such a pleasant little guy too.

He is more active than the girls were at that age Andrea. He’s a climber.

I’m sure there are AC.

Lol. It is great fun Stewart.

He is a pleasant little guy Sarah.

He has the darkest eyes! They remind me of my Dad’s eyes.

I never thought about that - the car/truck sounds. Isn't that fun to imagine what his play will be like. I remember when my son was little and played cars. I loved it so much coming from a house of girls.

A little boy is a great experience we would have missed but for Owen, Barbara.