This lighthouse with its black horizontal stripes is the tallest lighthouse on Prince Edward Island. 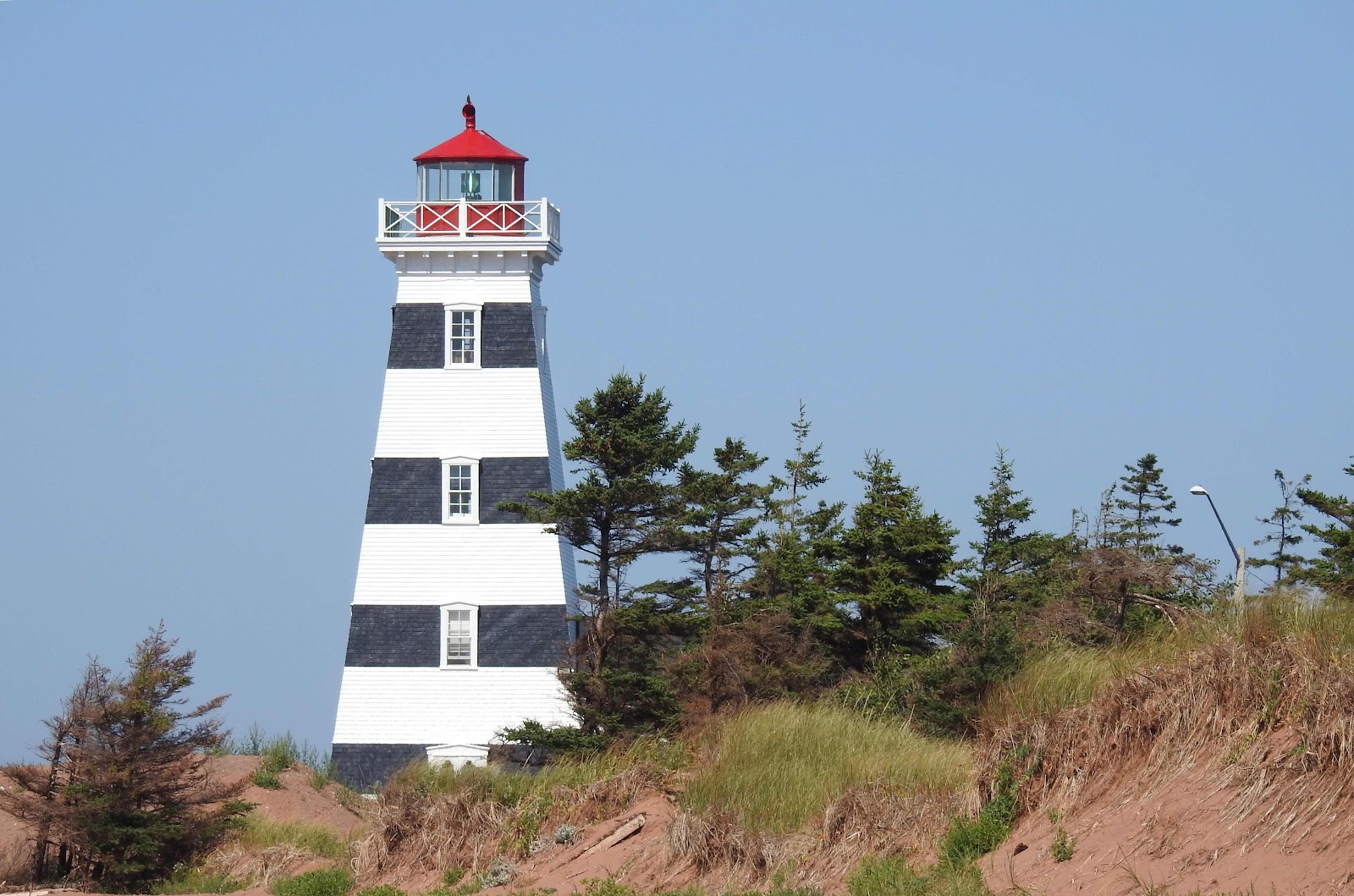 Today it is run by a non-profit community group which operates it as an inn, museum and craft store. The lighthouse is located in the Cedar Dunes Provincial Park at West Point and my husband and I have visited there a number of times although I have never posted photos of it. 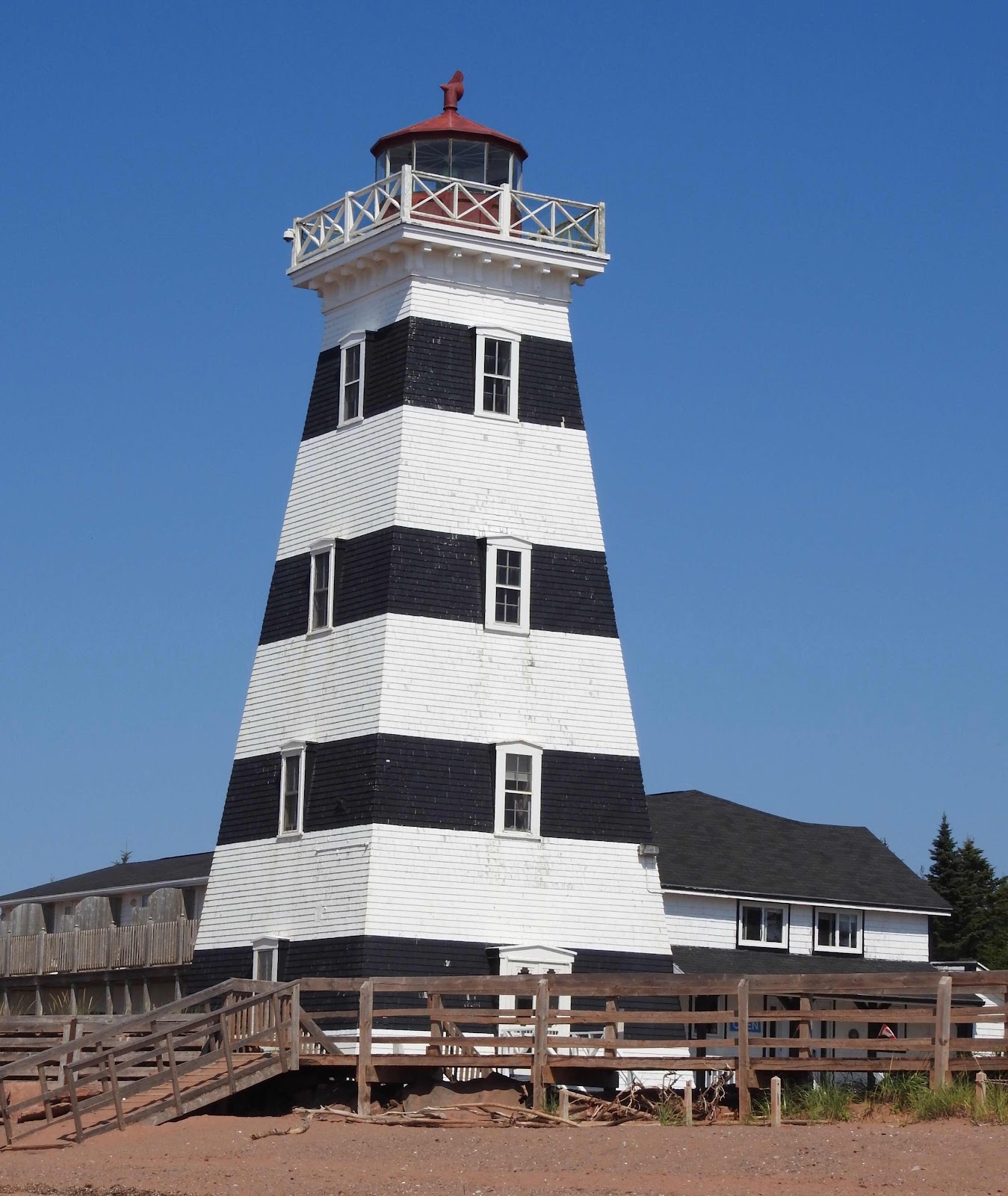 We had a picnic in that park recently with the golden grand-dog and listened as a male cicada sang in the tree above us.

Later as Georgie and I walked the beach, my husband saw a cicada on the ground and took a photo. 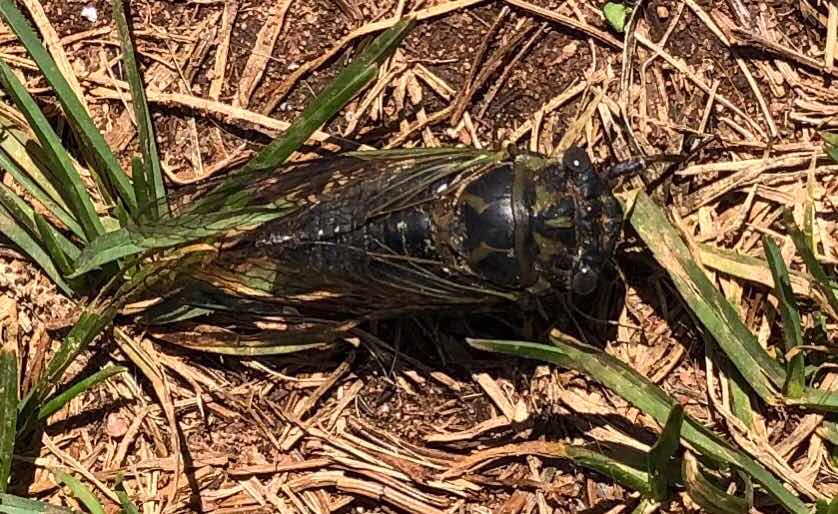 It is a huge insect, with transparent wings, huge eyes and markings on its upper body. From its size alone, it could be the stuff of nightmares.

Meanwhile the second lobster season is well underway, this time for fishers along this southwest portion of the island. Offshore, boats were on their way back to the harbour at nearby West Point. 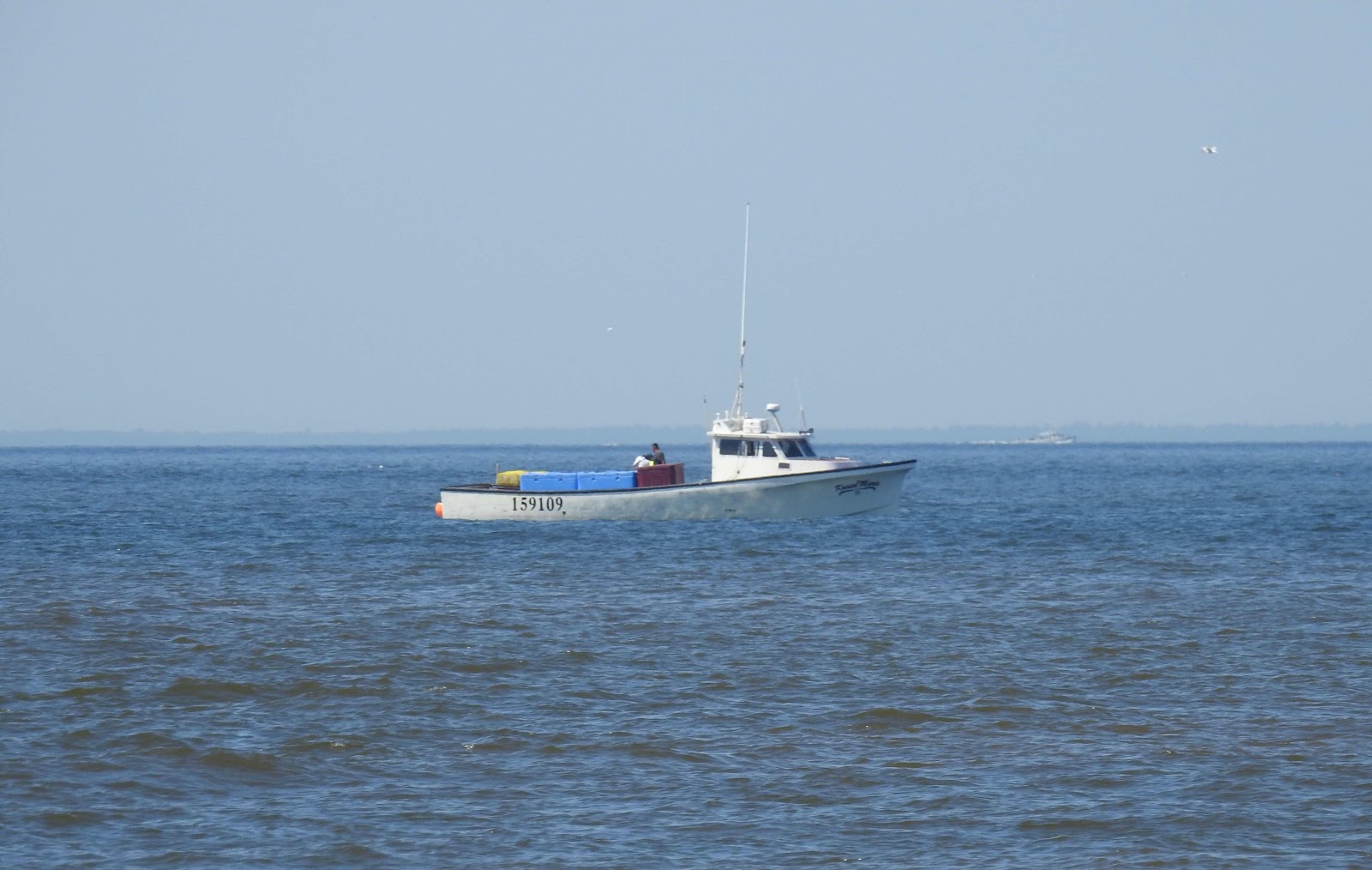 It is time for another meal of lobster.

I would gladly join you... for a lobster meal!!

That cicada is HUGE. I had no idea they are so large. Otherwise, I enjoyed all the rest of the pictures very much. The weather looks lovely. :-)

I envy you - fresh seafood straight from the water!
Have a great day!

That lighthouse looks so well taken care of. I'm glad such organizations exist to take care of our past for the future.

Love the lighthouse and a bit of lobsters sounds nice too.

What a pretty lighthouse!

An impressive looking lighthouse. You can't beat a meal of lobster.

Cicadas are (or were) a sign of our summer. Sadly it is years since I have heard their siren song.
Love, love, love the lighthouse. Of course.

That is a beautiful light house! Cicadas are so big...they are kind of creepy.

I love that lighthouse against the blue sky. That makes a stunning picture.

I love the photo of the lighthouse. And I hope you have your fresh lobster meal soon.

The lighthouse is wonderful Marie, I wouldn't mind staying at the lighthouse inn. The cicadas are pretty ugly insects, noisy too 😊

That is such a nice looking lighthouse, and great photographs.

That is a most attractive lighthouse. I'm glad to hear it has a second life.

The lighthouse is beautiful.
It is a big surprise to lean that cicadas live on Prince Edward Island.
Cicadas are a big sign of summer. Many kinds of cicadas from small ones to big ones sing here.
Have a good day,Marie.

I think I may have missed that interesting lighthouse. I must say lobster sounds about right and I did not know they had two seasons!

water images are delightful ,glad you find the lobster close to you

Love love love the lighthouse...not so much for the bug!!