Nothing fancy here, just pieces of wood held together by hidden strips. Hinges, some newer than others, help open and close while the lock, or lack of it, won’t keep anyone out. These are the doors of the fishing shacks at Milligan’s Wharf and they have as much character as the area itself. 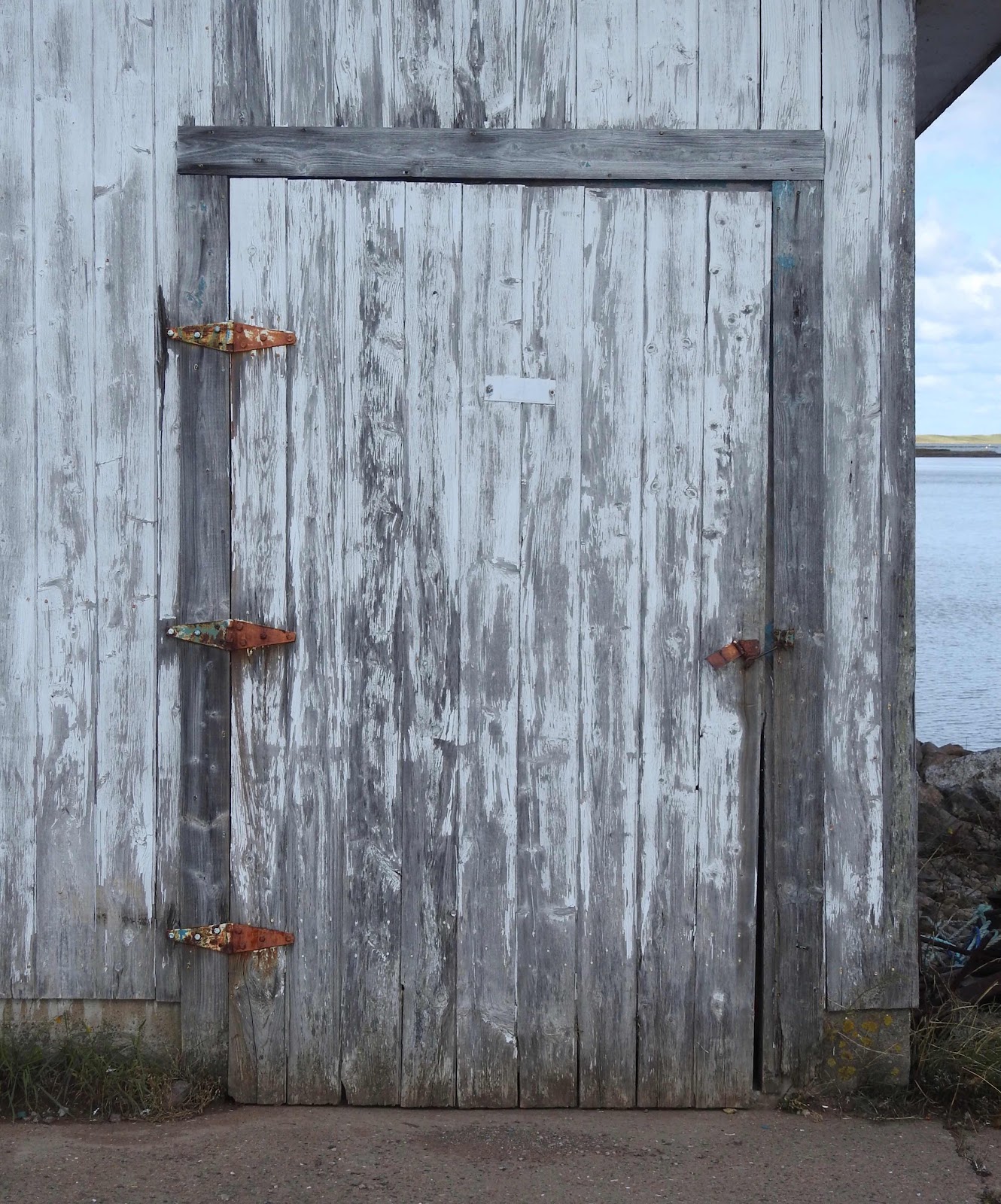 Shacks line the wharf and owners tie up their boats in front of them. 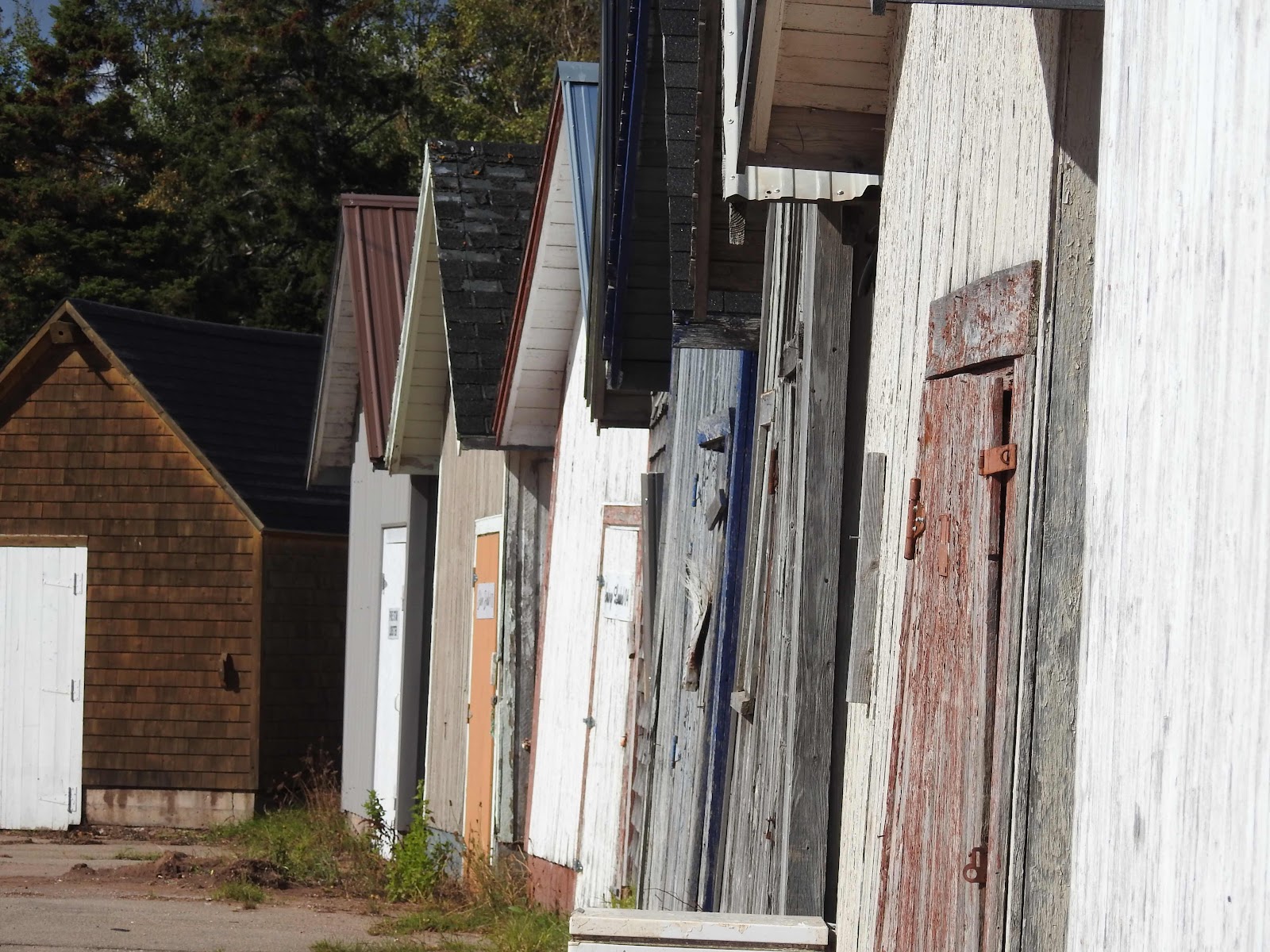 Some shacks have the names of the boats on the doors. 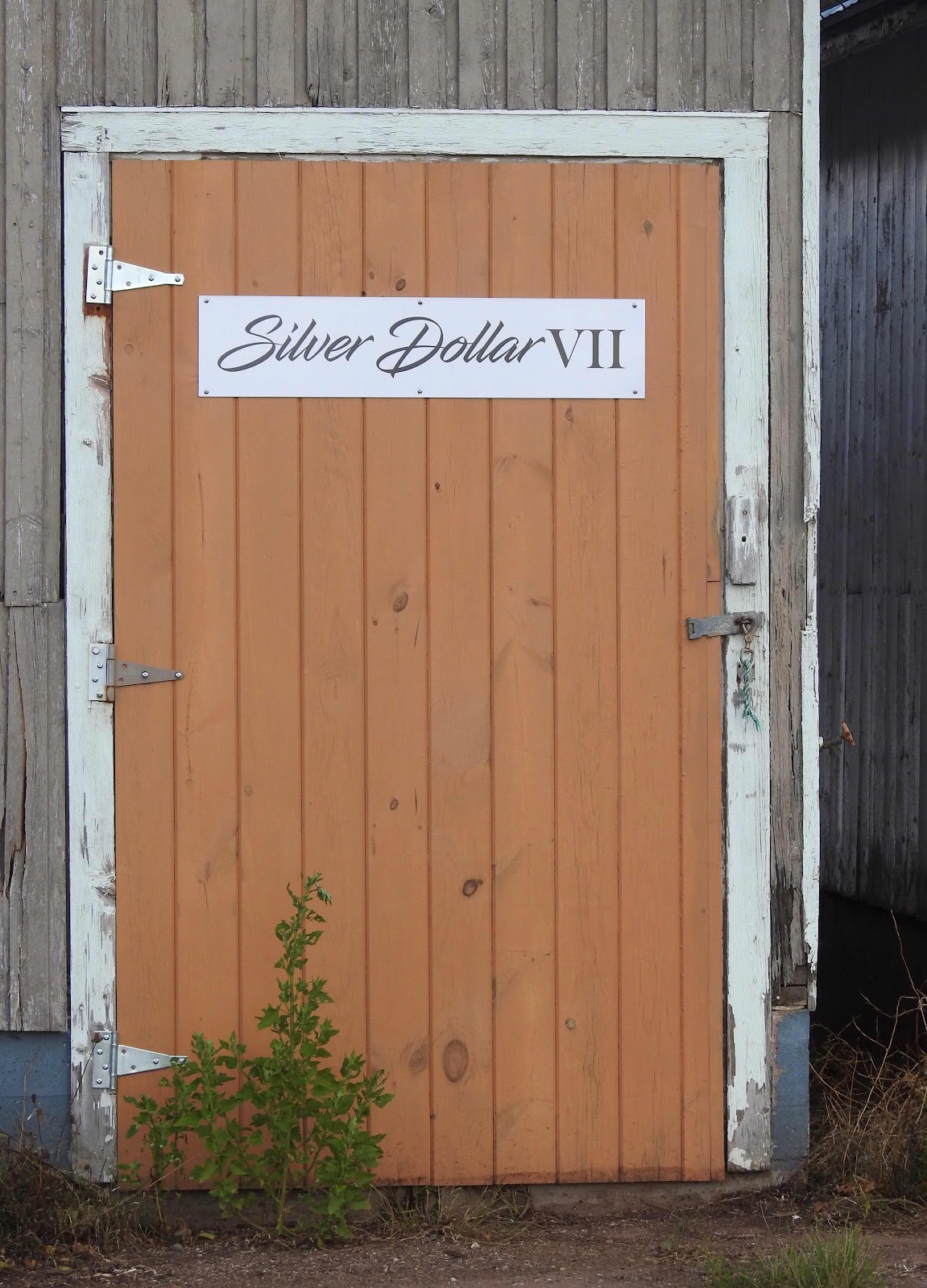 Another has a tuna tail fin, a unique curiosity. 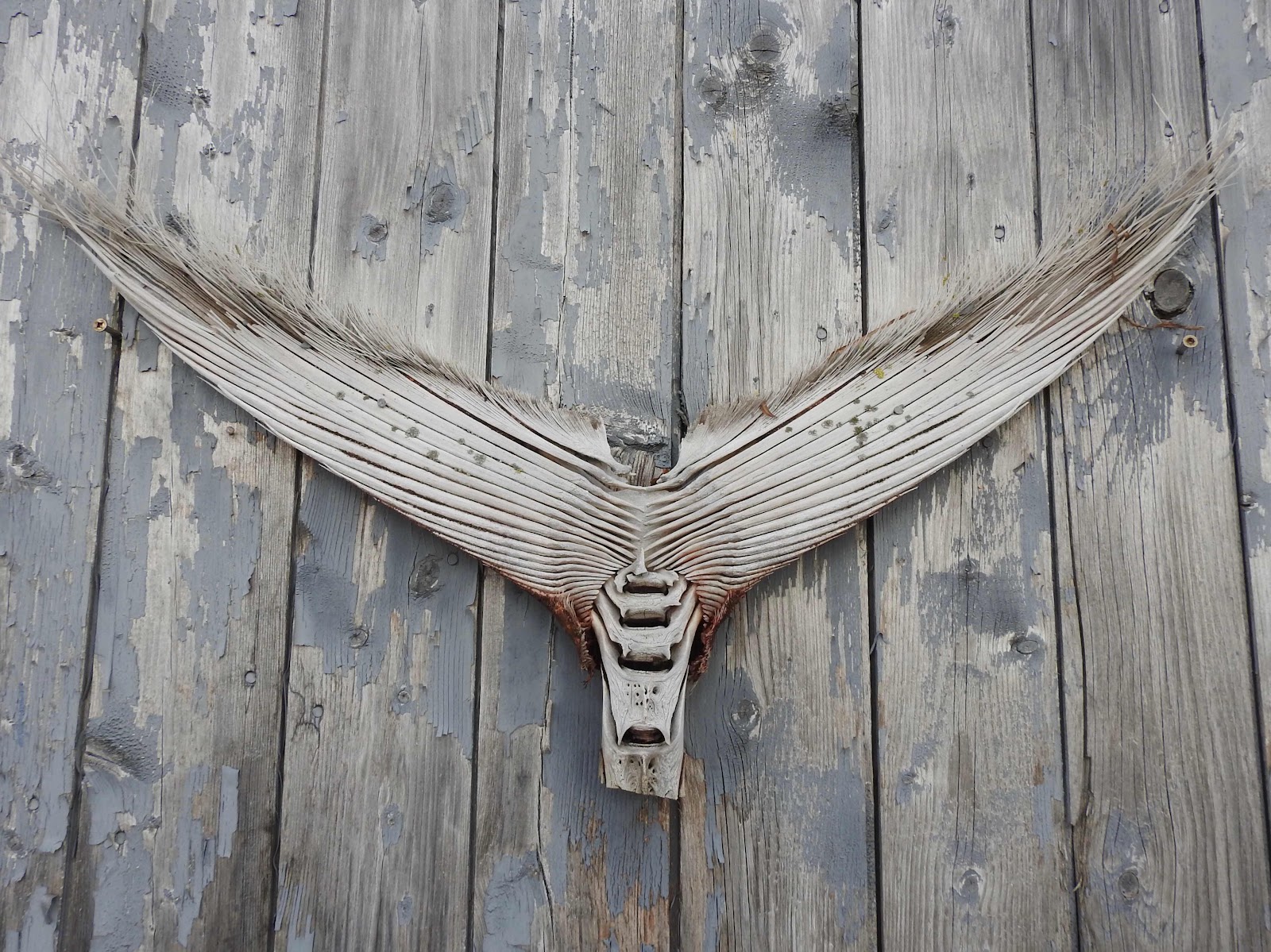 Most colours are faded but remnants of red, grey and blue are visible. 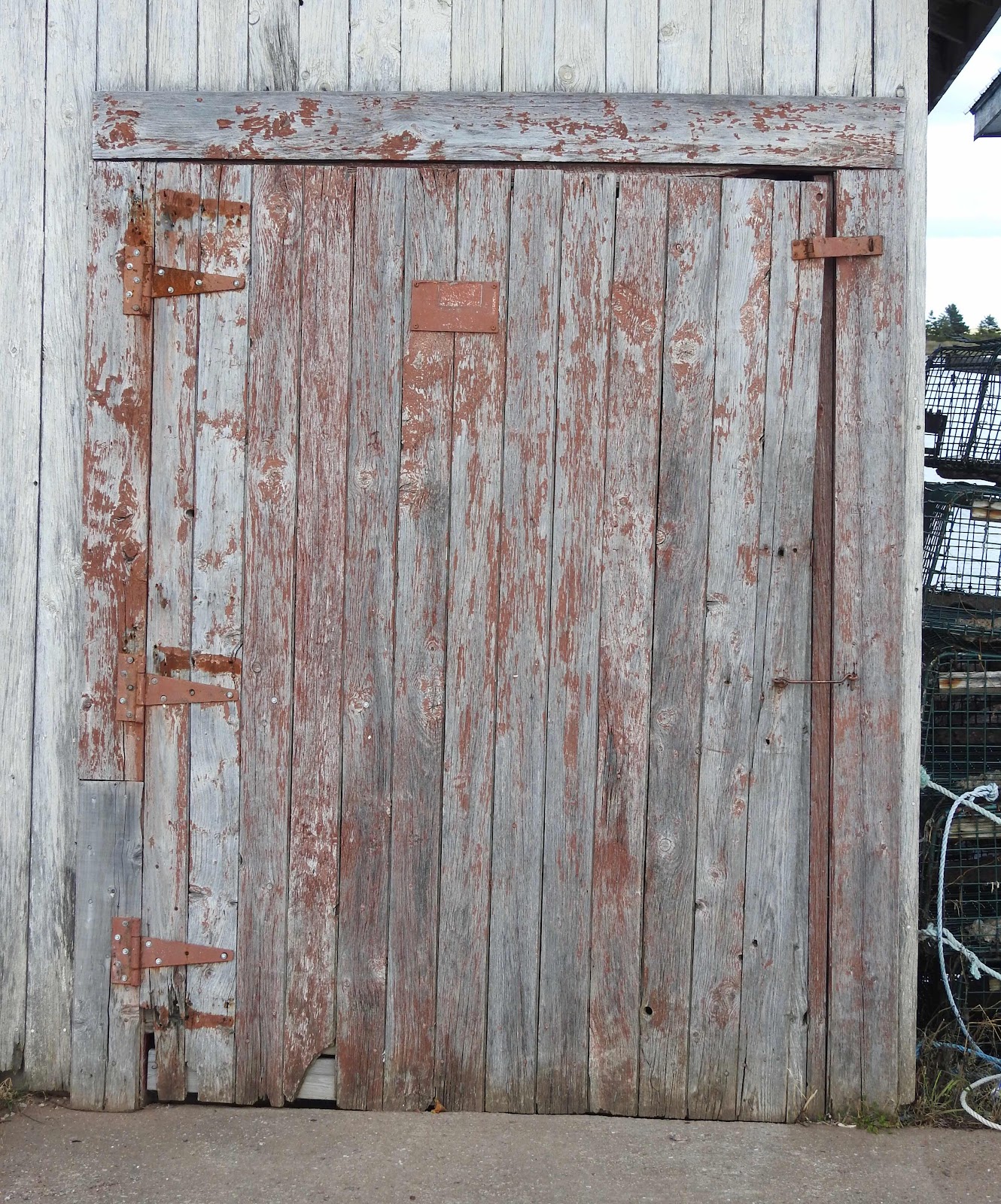 What lies behind those doors? Nets, rope, lobster traps, buoys, tools and a myriad of other untold necessities and treasures of a life around the sea.

Battered by the elements for years, the barriers, like the shacks they stand with are uneven, askew to the world. They have earned the look of the well used from years of ins and outs with fishy hands as owners return from sea or prepare to go.

These doors provide passage to enclaves where tales have been told, stories of good years when catch was plentiful or a season’s fishing didn’t provide enough to cover expenses. Here, stories are told of old times, of fathers and grandfathers who didn’t have the modern boats and equipment to help locate the fish, of close calls and rescues at sea when life and limb were in jeopardy or tragically lost. Jokes told at the expense of oneself were the mainstay of comedy and old sayings, only understood by the like minded, were part of the vernacular. These shacks have heard it all.

So today as they hang out in this place, they expect the coming freeze up will mean, as in the past, that boats will come ashore for months and activity around them will cease. Then the warm sun of April will bring the boats back and these doors will open again to life by the sea.

What weathered personality they have! I have so enjoyed getting to know the way of life on PEI through your posts. I look forward to much more. :-)

Every door has a tale to tell Marie, these wonderful old weather beaten doors are doing a stirling job keeping their contents safe from the elements 💙

I loved seeing these. It seems that all over the world fishermen are indifferent carpenters and infrequent painters and decorators - at least when it comes to their sheds!

Love these, and love the tuna tail fin!

Now that is fun, fun and totally foreign to me. I did not know something like that existed. All the things those little shacks have seen......

The shacks sleep with their stories and await the spring to begin creating a new chapter for a new season. Great photo and narrative, Marie.

Wonderful images - and story.
Thank you so very much.

I'm wondering if these shacks look old a weathered like the faces of some of those men who visit them.A story in each line.

I loved the poetic way you described these lovely old doors. They call out to the artist in me to create paintings of them, as no doubt others have done over the years.

A nice set of doors!

Fascinating!! Thank you for sharing about life by the sea. I love to hear about fisherman and how life goes around the ocean.

your sharing and images are so CAPTIVATING !

i found these old rusted doors so fascinating :)

they keep in their hearts so many stories of past and their appearance show it so beautifully :)

Hello,
Love the line of old shacks and doors. I am sure they hold many neat stories. I like the cool Tuna tail fin. Interesting post and great photos. Enjoy your day and weekend!

I so loved these...I always go for doors, but in these, my favorite was the view of them all. The perspective you shot from could not have been better.

For some unknown reason, I couldn’t publish the comment. Marie

Oh wow...I absolutely love all the weathered doors. They have so much character.
You live in such a picturesque area. Thanks so much for sharing.

A nice collection, love the colors of the doors.

ooooh but they are fancy, fancy to us!!! the weathered wood is gorgeous!!!

Beautifully written and I love these photos.

I love photos of weathered buildings. These little structures are important despite their size.