Newton and the bridge

From the beach near Chelton, Prince Edward Island, the Issac Newton was visible through the spans of The Confederation Bridge which connects the island to mainland Canada. 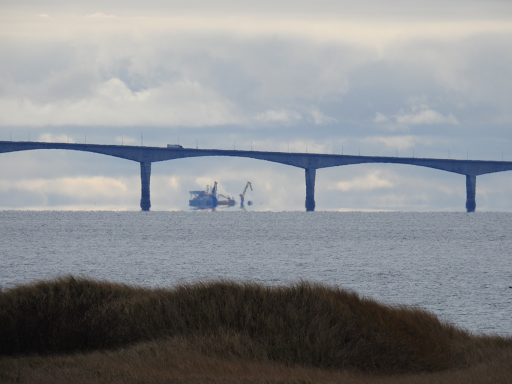 Although it looks like a mirage in the picture, this vessel is laying two electrical cables on the bottom of the Northumberland Strait which separates Prince Edward Island from New Brunswick. They will carry power from New Brunswick to the island.
While this island produces some electricity from wind energy, 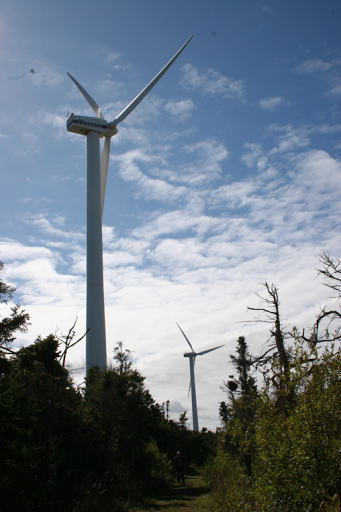 it doesn't produce enough, requiring electricity from the mainland. The new cables will have more capacity than the older cables currently in use. While this energy source is environmentally friendly, maybe it is time to expand the number of wind turbines and begin a concerted effort at solar energy. Geothermal energy as a heat source is gaining popularity here as well.
Could we produce enough energy for our own needs such that the power from the mainland is the backup source? I wonder... 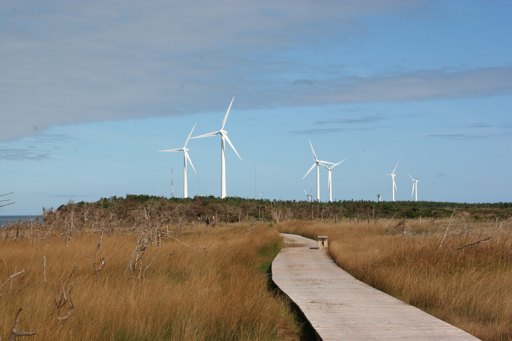 That would be wonderful, to get all your energy from renewable sources. I'm hoping most of the world will, one day. :-)

It is hard to have to rely on other sources of power. There are very few areas that have their own source.

Living in the SW corner of WA state we are more and more surrounded by windmills. For the first time I have all electric home. Since its on a heat pump my energy consumption and cost have plummeted. Living in a collection of condos solar is probably out of our budget for now but we can dream. Thanks for giving me something to think about besides our fearful election tomorrow.

Its good that your power will be ensured fir the foreseeable future. Hopefully, alternative power will also increase.

My goodness that sure is a large bridge! In the state of Iowa here in the US. they have so many of these windmills. It makes the horizon interesting to look at. We do not see them here in this part of ND.

I am hoping that alternative power sources become the norm. Quickly.
That is one big bridge. I suspect it made life easier for many, though wonder whether everyone welcomed the increased accessibility.

Me too, Jan. I fear it will be long after my time though.

I guess It's a dream at this stage, Tabor. It would be wonderful though!

We have heat pumps in our house now and heating costs dropped a great deal. We have always had electric heat but use far less electricity now, Celia.

The whole world will be watching the US tomorrow night!

We can see four wind turbines from our house, Angela. I especially like using the wind like that since it is a constant in our lives in eastern Canada.

The bridge was controversial at the time I think. However, many wonder how people ever did without it now, EC.

It would be so good to get more renewable energy. We put solar panels on our roof last year and it is good to feel we are doing something positive. There are very few wind turbines here despite the high winds! Sarah x

How great to have solar panels for your home, Sarah! Good for you!

We have geothermal heating, and it works like magic!

This would be really wonderful!

You ask questions that the entire world needs to answer these days, Marie. We continue to see more and more wind turbines here in the Netherlands. Thank goodness for those who are forward thinking!

Wonderful, FG. Some people are using it in their new homes here.

We can only pray we are not too late already, Ginnie.