Beauty of the beach

Our recent visit to Seven Mile Bay, Prince Edward Island, was filled with views of the beach, geese, seaweed and The Confederation Bridge. It was a gray day and the cloud cover gave the feeling of the edge of twilight, my favourite time of day. Occasionally the sun brightened a section of sky.
Initially, there was a breeze off the water but it ceased as we walked. A section of the beach is lined with cottages, 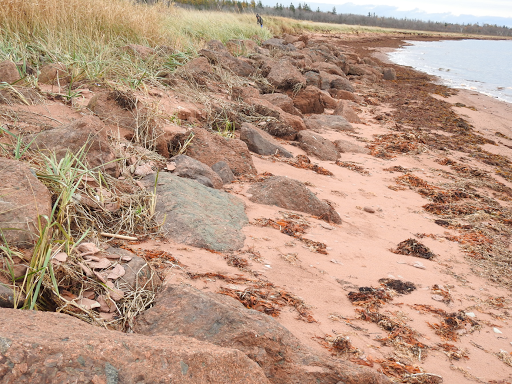 and some enterprising owners have fortified their shoreline with rocks to help prevent erosion. In another spot, someone had discarded some mustard plants over the bank earlier in the year and they flourished 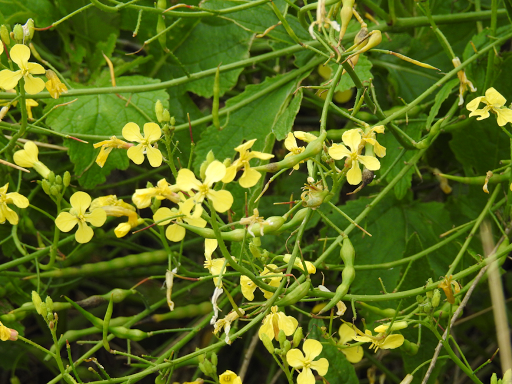 and looked cheerful along the shoreline. A night shade plant had gone to seed as well; its brilliant red berries caught the eye. 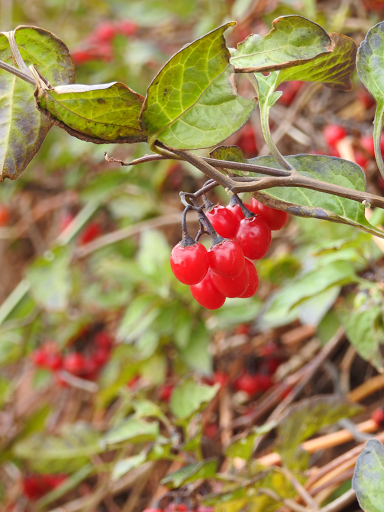 Several streams interrupted the shoreline and babbled their way down the beach. 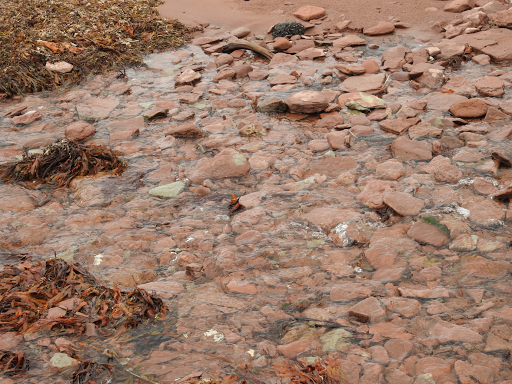 The sound blended with the ocean's melody to create a peaceful symphony. 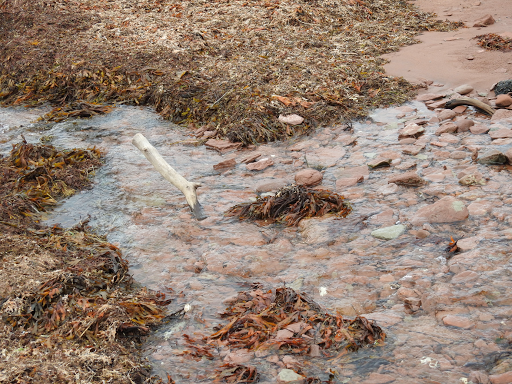 Sitting by a stream was music for the soul. 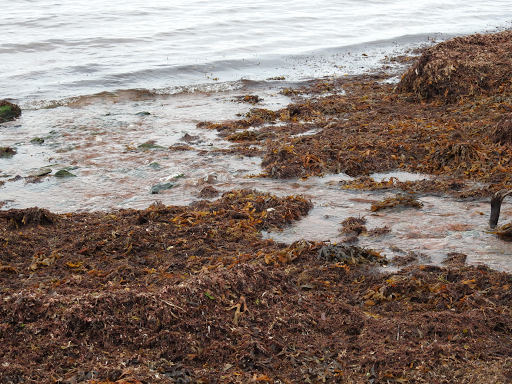 Nearby some ducks broke the reverie as they quacked and swam around their pond, mere feet from the high tide mark. They fit into the soundtrack, providing another note. 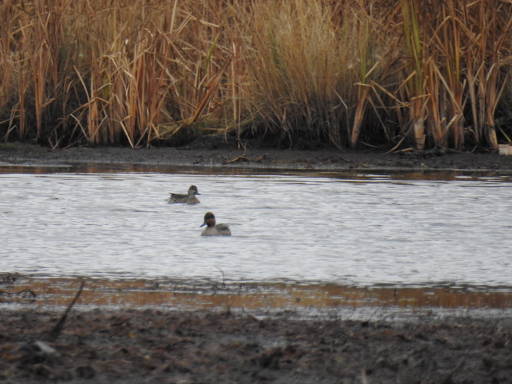 I am so glad I found you, Marie, and that you take me to the beautiful places on PEI. It is good for my soul to visit you often. I hope you have a great day and realize how important you are to many of your followers. :-)

Truly beautiful.
Heart balm. For you, and for us. Thank you.

It is amazing to me to see how being by the water can fill my heart with peace....
Beautiful blog, my friend.

Thank you so much Jan. I love to share this beautiful place with others!

So do I, SW. They were such a November surprise.

Thank you, Jackie. The water provides a natural symphony for us.

What yo've written here is like a poem, Marie, or maybe even a concert. How beautiful...because I can actually hear it!

Nightshade...so beautiful and so deadly.

I am glad you visited that beach too, Ginnie. It was special.

Such temptation to taste a berry too, SS. They look inviting!

Awe. I love ducks. I raised them when I was a young married woman living in the country. For a city girl, learning to love the country was so much fun.

I love that you raised ducks! You were back to nature, Barbara!