Noon in the middle

Mid November. My husband and I walk one of the Heritage roads on Prince Edward Island. The Warburton Road is in the middle of the island, just a short drive from home. 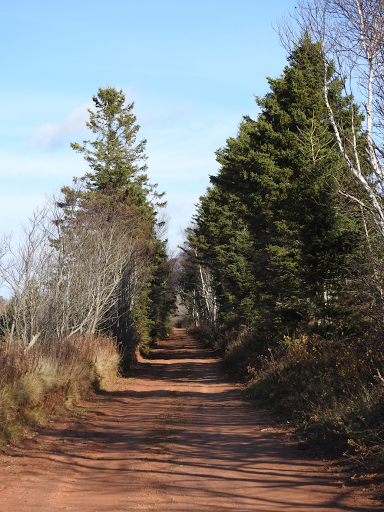 On an island which one can drive across in three hours, nothing is far away.
This red dirt road is in an area of hills, which in itself is unusual since the island is flat; its highest elevation is less than 500 feet. The road is lined with trees, some of which are bare at this time of year. 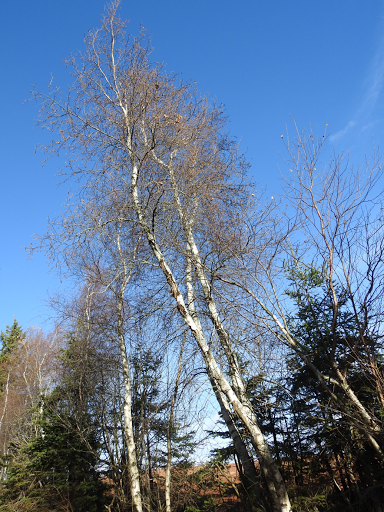 The fields are the major feature of this road, cascading over the contour of the land; some look newly harvested. 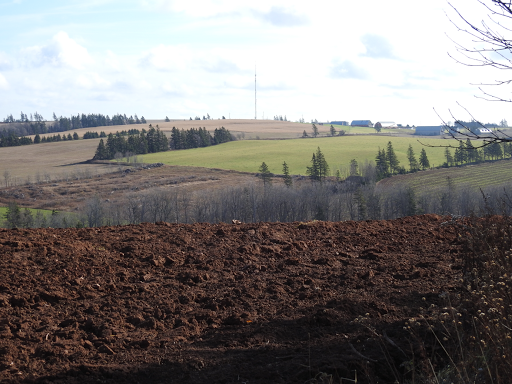 The road is cut deep into the soil 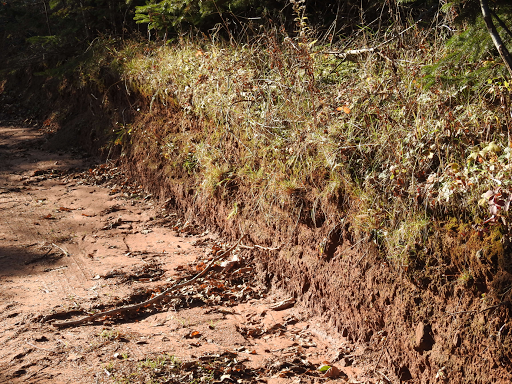 and animals appear to have burrowed into the banks. 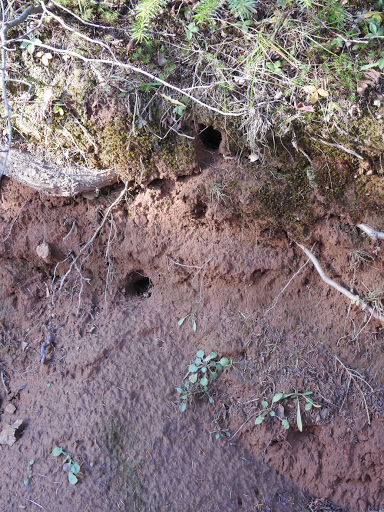 A line of trees, perfectly spaced and positioned, leads one to believe their growth here was by design. 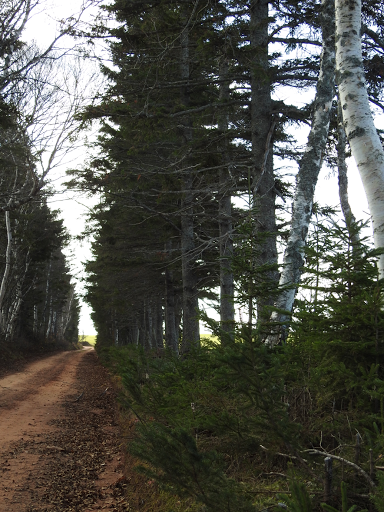 Some of the fields are reseeded with grass already, to prevent erosion during the coming months. Every aspect of field care is thought through and planned. 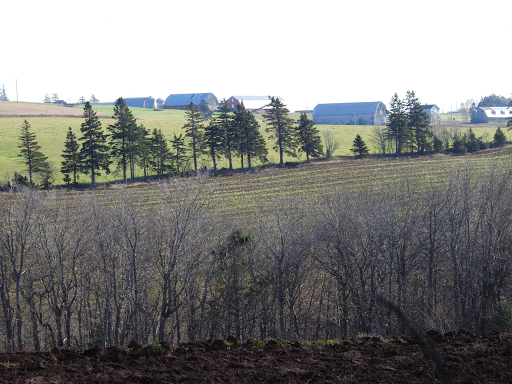 It is noon as we walk along and the sun, in its November position, 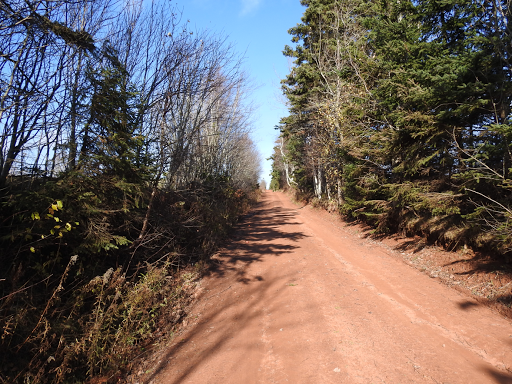 still warms the body and lifts the spirit, though I miss it overhead. Before long, the shadows at noon will be longer, the air colder, and snow will fill these fields.
Soon...
Posted by Marie Smith at 03:50

I think you must know every inch of that wonderful island.

It's a lovely place, your island, Marie. I just spent some time longing to live there. :-)

I visited that island for such a short time, but it is still in my mind's eye and you help take me back.

so very inspiring. I gotta find a place like that nearby!

Truly beautiful.
I find solace and healing outside, and it seems that you do too.

We are learning more about it and visiting various places this year, AC.

It is peaceful! Jan. There's always room for more.

It doesn't change a lot, Tabor.

I hope you find a similar place, SW. It is good for the mind and body.

I really do, EC. All the cares of the world seem to disappear!

I would LOVE to walk down that road.
What a beautiful and peaceful place you live in.
Sending you a special wish for a joyful and wonderful Thanksgiving.
Always,
Jackie

You live in such a peaceful place. It is interesting to see the reddish soil on the road.I remember that the beach on Prince Edward Island you showed before was also the same color. I like to see those burrows into the banks. Have a good weekend.

It is peaceful. We didn't see anyone the day we were on that road.

The soil and much of the sand is red, Tomoko. We walked without seeing anybody that day.

More lovely photos from your camera.
BTW do you know any families called Dyment on PEI, I understand it is a local name.

I've heard the name but I don't know any of those families, Shammickite.

Was the road named after an early resident? We live an hour and a half from a place called Warburton - there are three in Australia, two in the UK and one in Pakistan or India (can't remember which). Strange that name should crop up so far away.
Love the red dirt - could grow good potatoes in that I bet!

Cathy, the road is named after Alexander Warburton, the seventh premier of this island. His father James was from Ireland originally.

Potatoes grow well in this soil and is a major part of the economy.

I didn't realize it was only 3 hours across. My that is small but it all looks wonderful the way you show it.

Thank you, Barbara. It is small but lovely!