A drive along the Argyle Shore on the central south coast of Prince Edward Island highlights various types of farm life in a small area, within view of the sea in many places.

There are many cattle farms in the area with the animals grazing in the August sun. 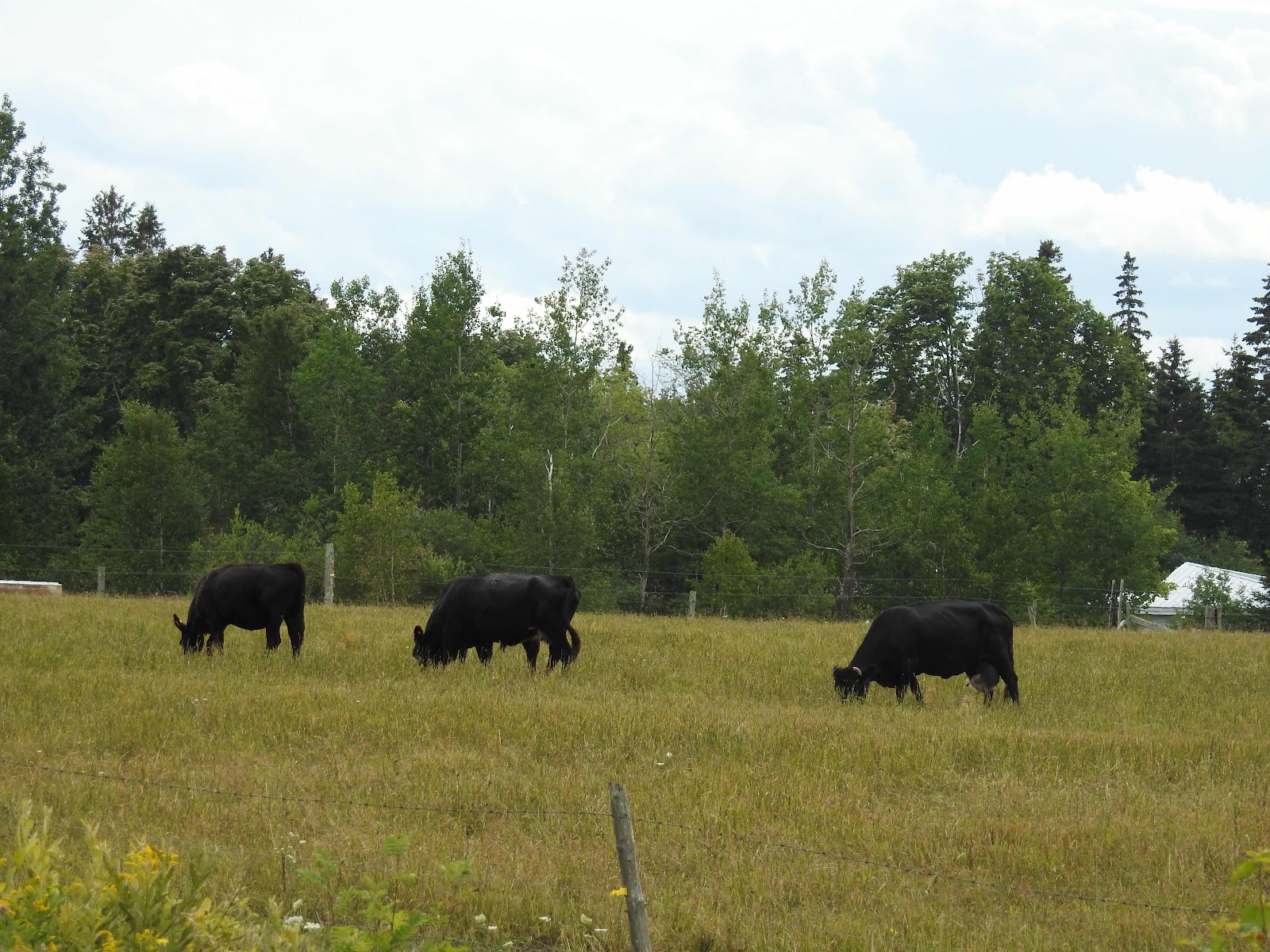 One farm raises alpacas which had recently been sheared. 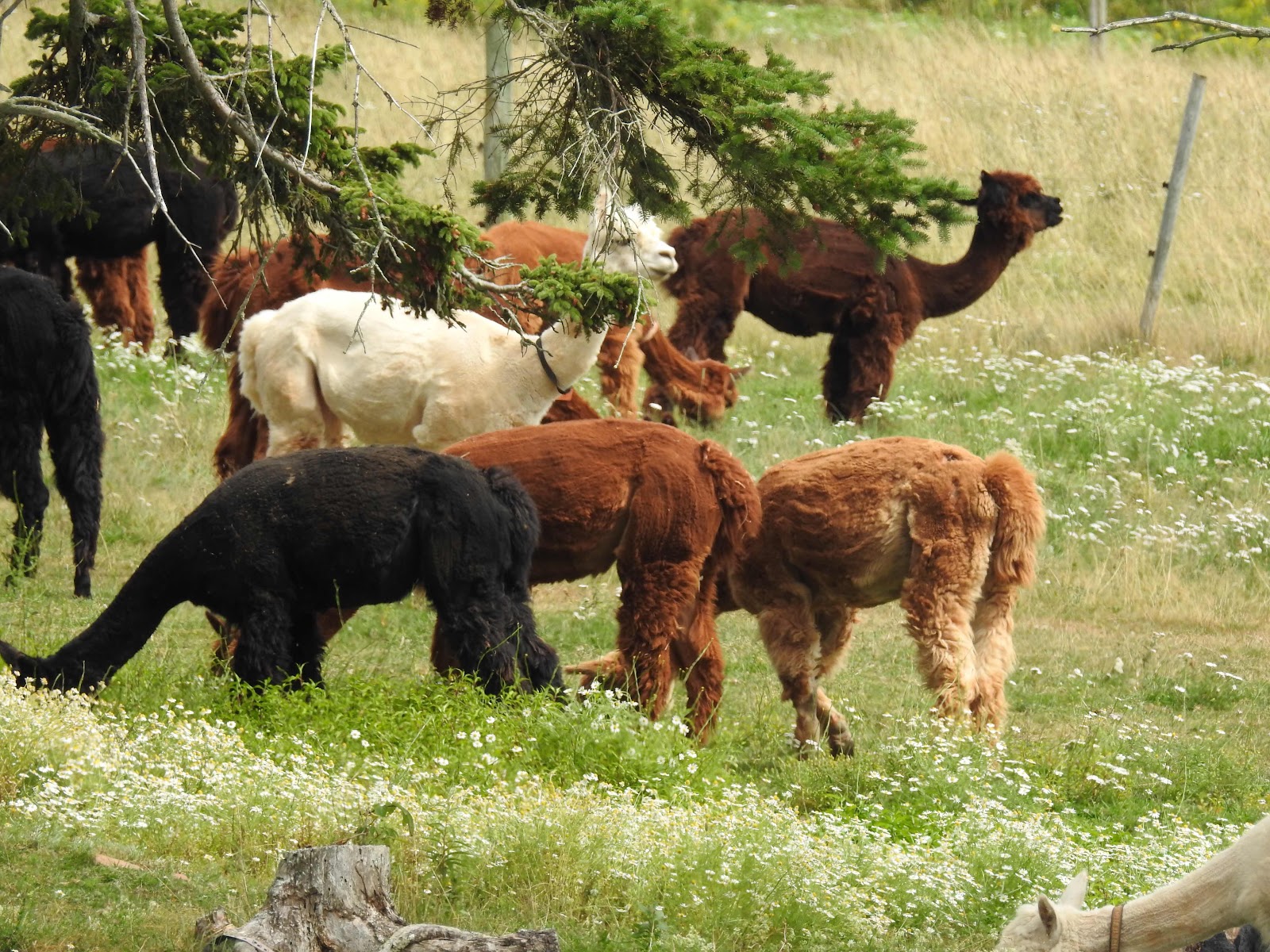 Another farm grows honey bees and sells the honey in the roadside stand at the end of the driveway. 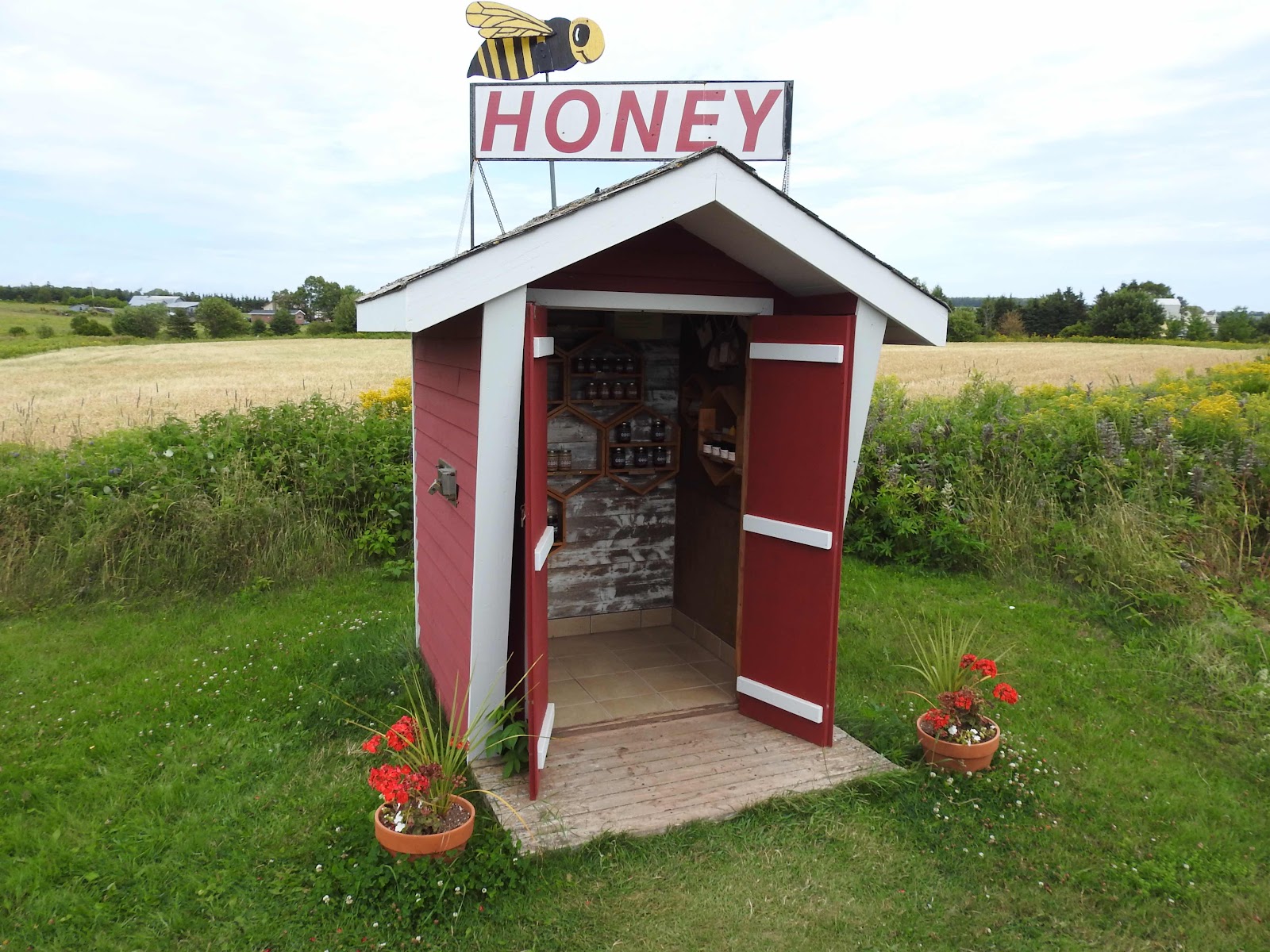 We bought some wildflower honey there, leaving the money in a tin inside the stand. The honour system still thrives on the island.

A old Catholic Church along the shore, St. Martin of Tours, is over 150 years old. 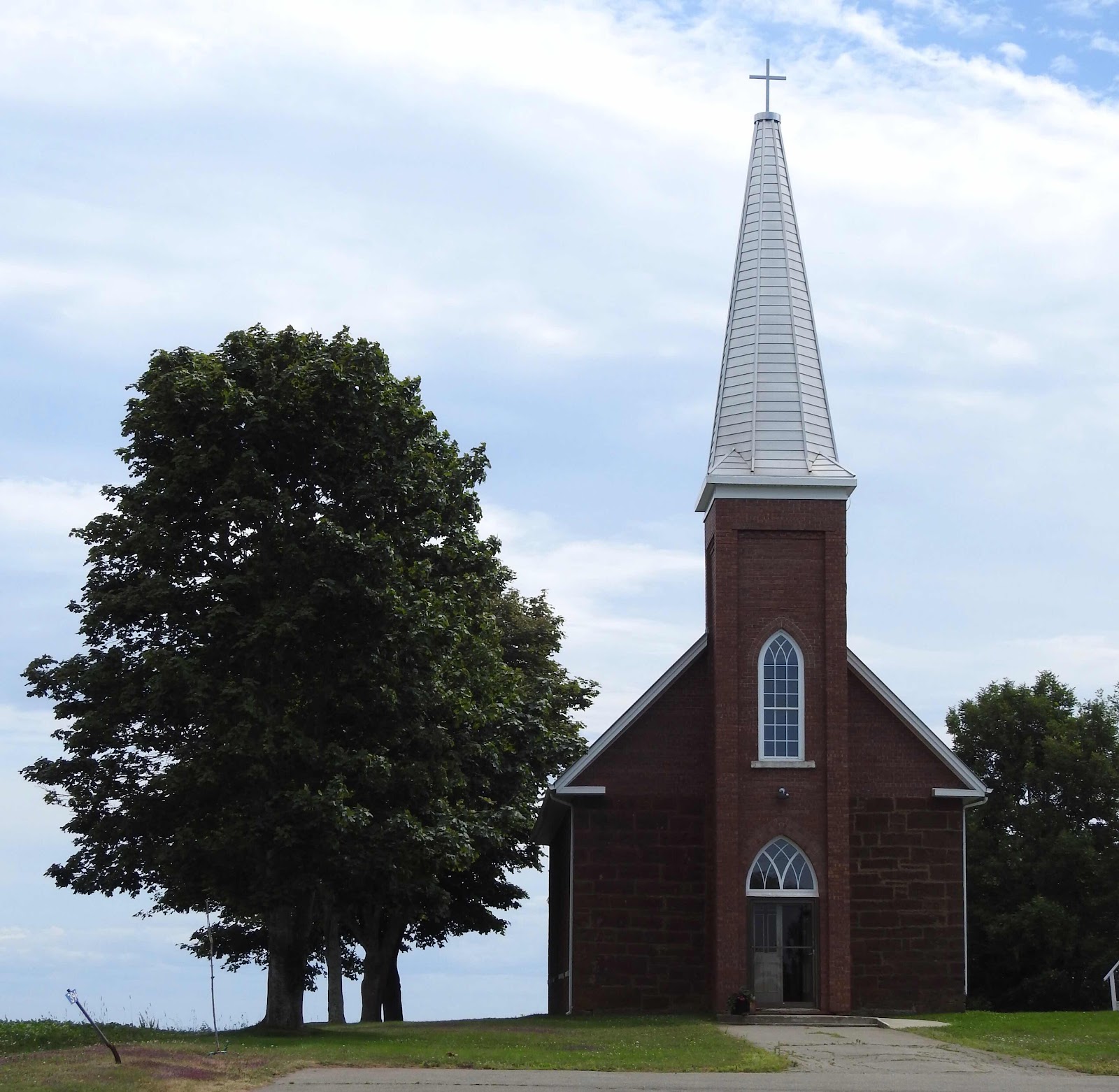 I stopped in to have a look. It is small, with only two rows of twelve seats, simple but beautiful. 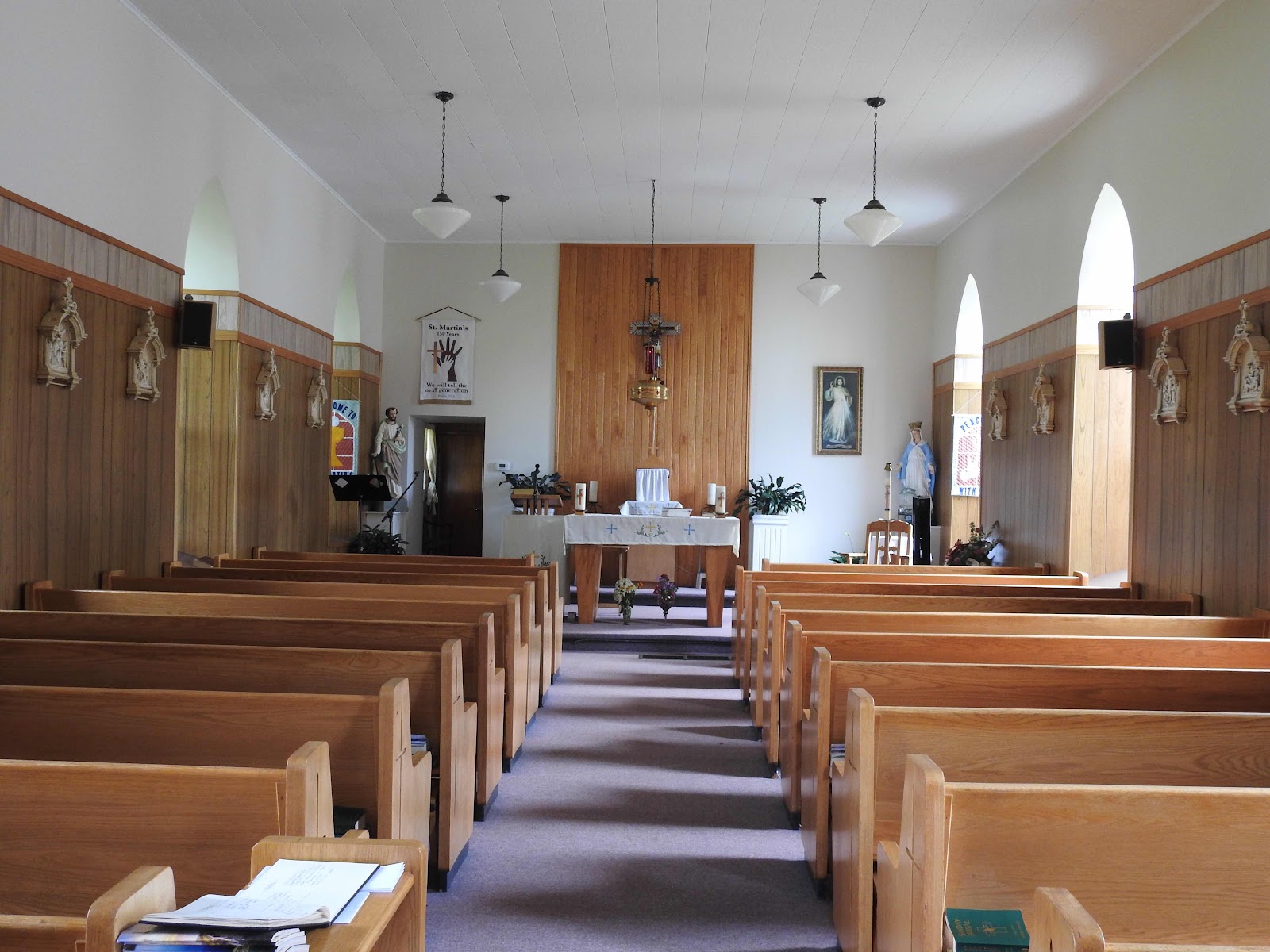 It is a peaceful setting in the summer heat and the busy tourist season.

Crops are growing well in this area. The rolling hills slope down to the sea with potatoes, corn, barley, soy and others, all needing more rain this summer. 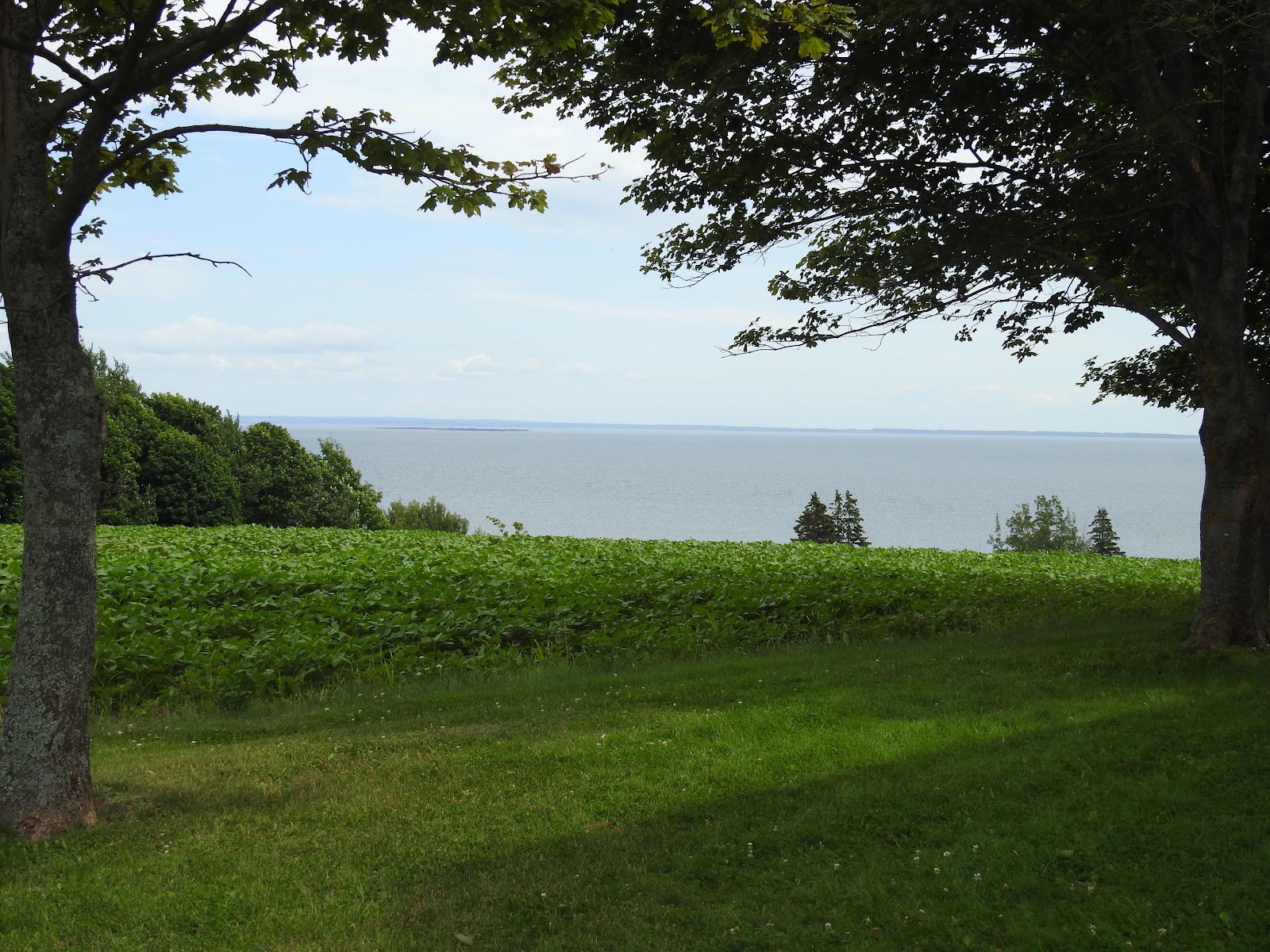 Harvesting of hay for feed or straw for bedding is well underway. Farm machinery is the source of an occasional slow-down in traffic. 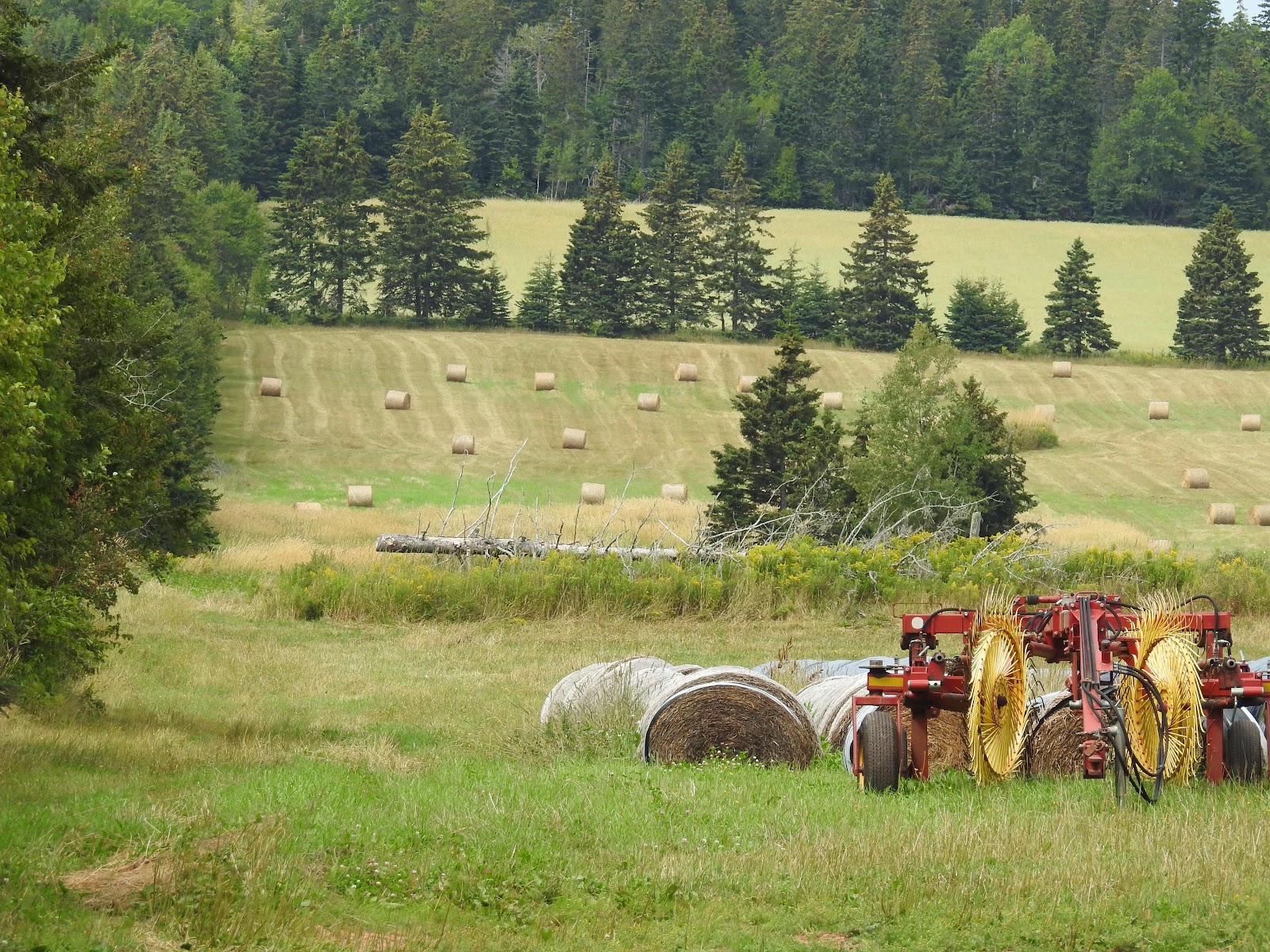 Such is country life on PEI and the Argyle Shores is a great example.

What a cute little honey shack!

Hello, lovely views of the countryside. I love the cute alpacas. The church is lovely. Beautiful view of the sea! Wishing you a great day!

Beautiful rural images Marie. How awkward the alpacas are without their coats 😉

Such a lovely place to live. I am glad you share it with me. Love the alpacas and the sweet church. :-)

So light and airy, that little church. Imagine all the baby baptisms, wedding couples blissfully starting out their lives together and the grieving loved ones saying goodbye at the end of a life. That church has seen that full circle a number of times over. I wonder how many Sunday worshipers is has weekly. And if they get comfort from their current shepherd or just tolerate him. I was so surprised when I realized that the Catholic parishioners don't get to choose their priest like the protestants do. We go through long process of interviews and votes and such. My local friends really dislike their current Priest (or rather they dislike that they cannot understand a word he says as he is Indian and has a rather heavy accent).

So pretty! I have not been here in awhile - just catching my breath after getting kids to college. Sigh. Love the pictures. Love the church!

It's always nice to tour this fine island.

Love the varied uses of the land - and felt for the alpacas. Hooray for honesty boxes, which still (I think) exist in some places here.

Many of these scenes look similar to what I see around my area. Yes, we still have the honour system at a few places that sell fruit and veggies.Enjoy the rest of your week.

The alpacas are interesting animals. We had one as a neighbor when we lived in Alaska, he was adorable and friendly. Lovely country views, they are so very pretty to see.

It's all so lovely. Thanks for sharing the interior of the church.

A similar old church in town has a tall steeple like that. It needed replaced a few years back, and the whole town pitched in. The replacement cost a quarter of a million dollars!
The countryside is so beautiful.

I have so loved this...and that shot looking down to the sea...I love it. Love the last shot with the hay bales in the distance.

As much as I love the beach, nothing beats a pasture of cattle or other grazing animals. I guess I just love nature in all of its glory.

I love both the small church and the honey shack! What a wonderful place to live.

I LOVE the honor system (which they have here in the Netherlands, too) as well as churches that are open for a visit inside. YAY for your country life there on PEI.

I love country side, those views are amazing☺

oh you know i LOVE the alpaca. mine were sheared in may and are starting to get fuzzy again!!!

reminded me my beautiful village ,not much different in greenery :)

All wonderful photos...I love that the honey is on the honour system!!