The old green house stood overlooking the bay. It was small by modern standards but adequate for the time. The family survived on the hard work of both parents, the fisher/farmer father and the mother, who was involved in every part of life in rural Newfoundland, besides doing everything at home.

Outside the front door, which was rarely used, on either side of the steps, rose bushes grew untended over the years. Who had time for cosmetic gardening when there were fish to catch and process, animals to tend and vegetables to grow besides raising three children? The roses flourished on their own.

These were the flowers of my youth, buds like lipstick, rose-pink petals with yellow centers, scent in the air especially after the rain, petals covering the ground when blooms were spent.

Recently, another green house, on another island, took me back in time.  At the beach house, the owners had planted rose bushes around the house. 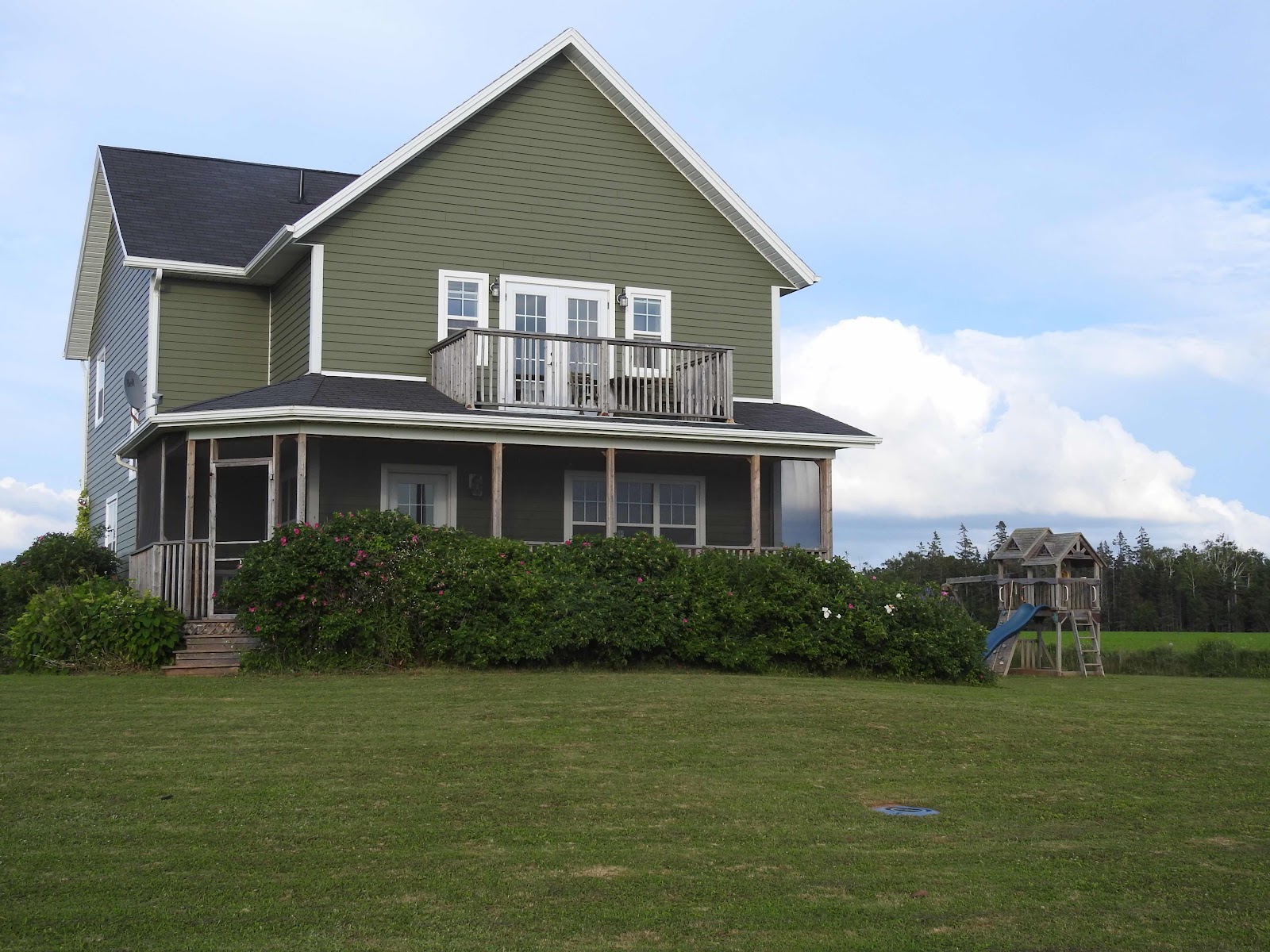 Those bushes, a hub of activity for the insect population, were a source of fond memories of my grandparents’ home in Motion Bay, in the province of my birth.

On Prince Edward Island, the roses are visited by bees and other insects as they bloom untended around the house which faces the Northumberland Strait. 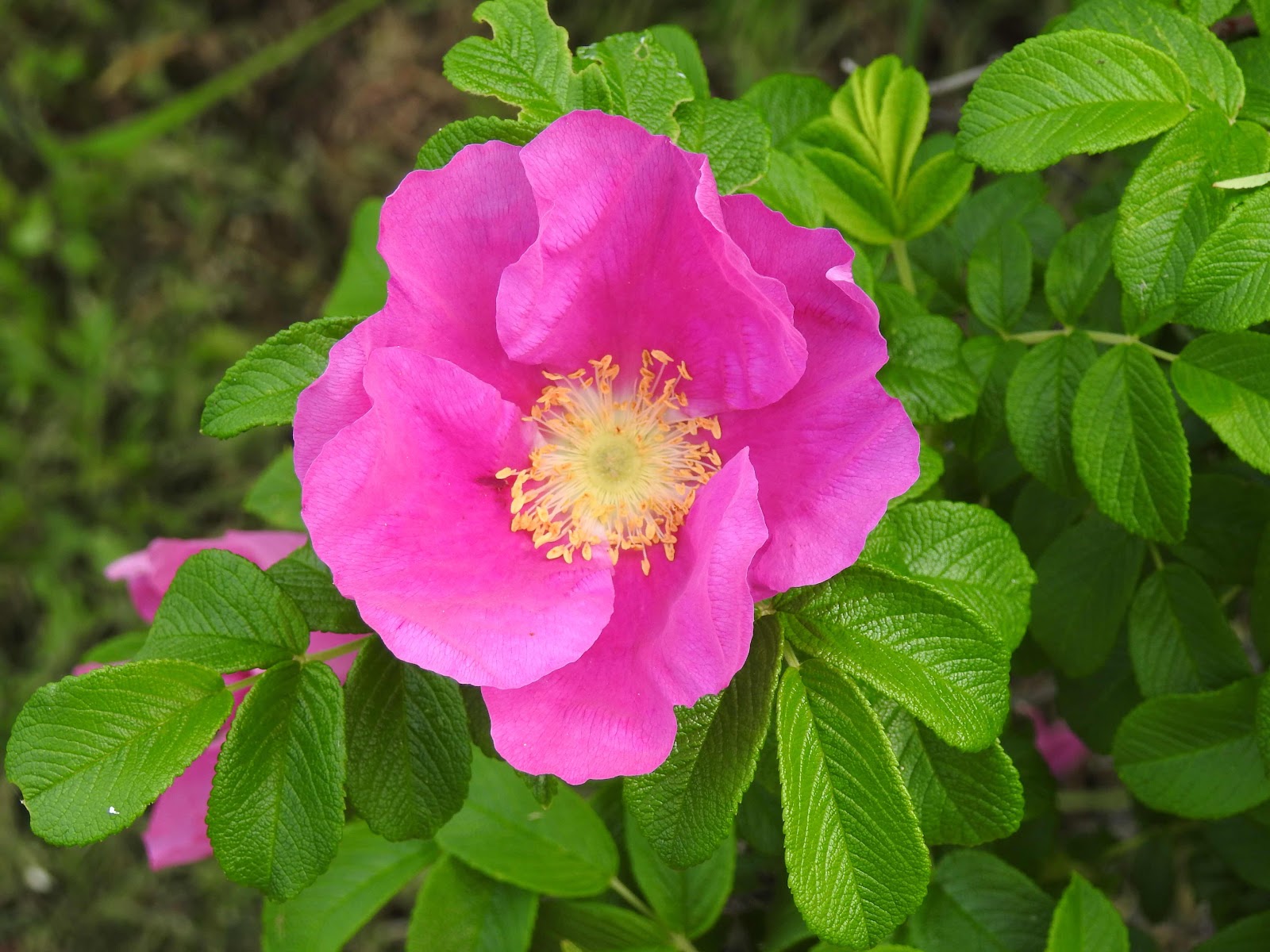 White roses are here too, just as pretty and inviting to the six legged creatures and enjoyable to the humans as the rose-pink ones. 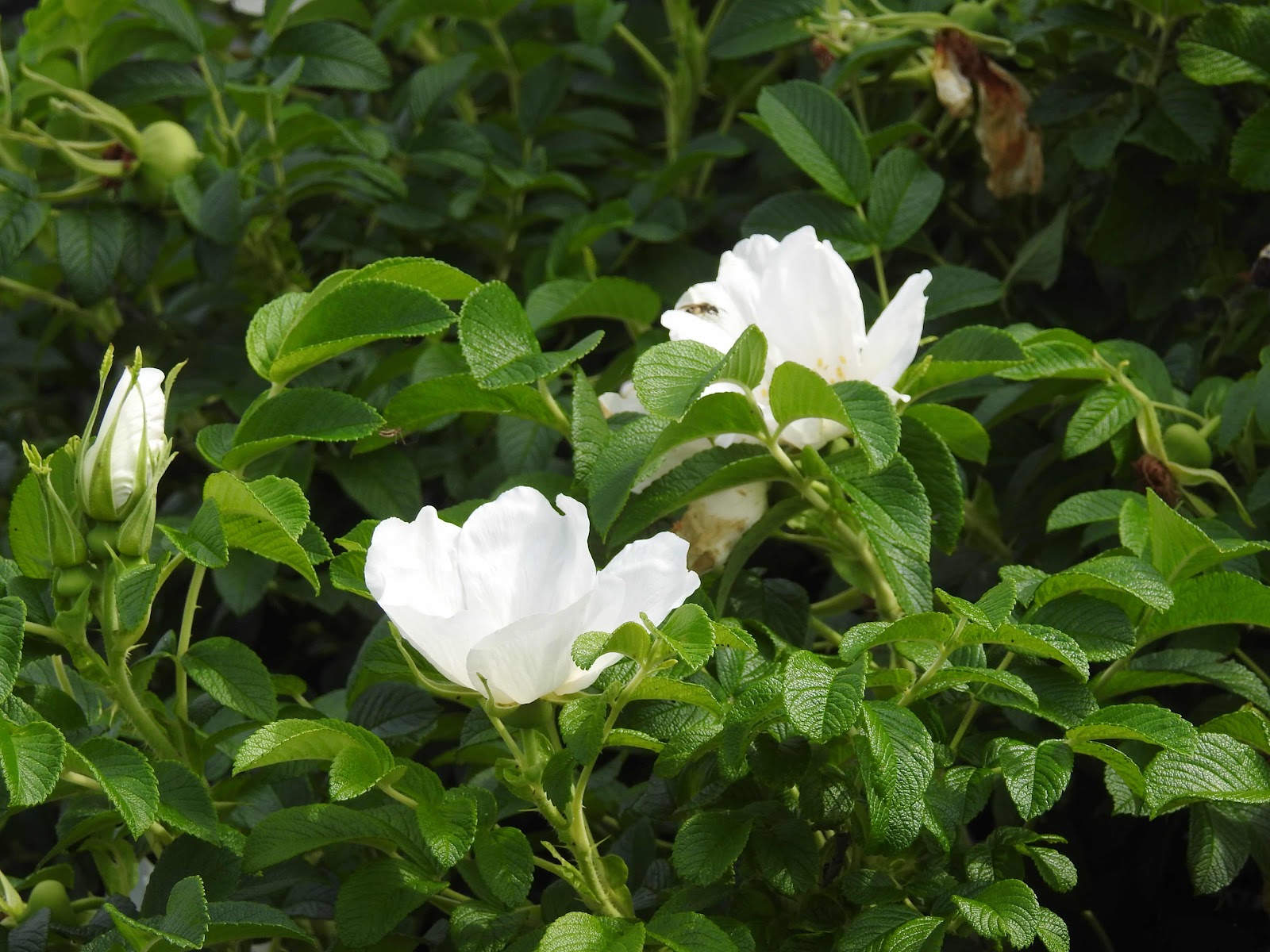 From the hot tub on the screened-in deck, I can hear the buzz and smell the rose scent as my grandchildren and I relax in the hot water.

Every now and then, the past and the present merge as life comes full circle. 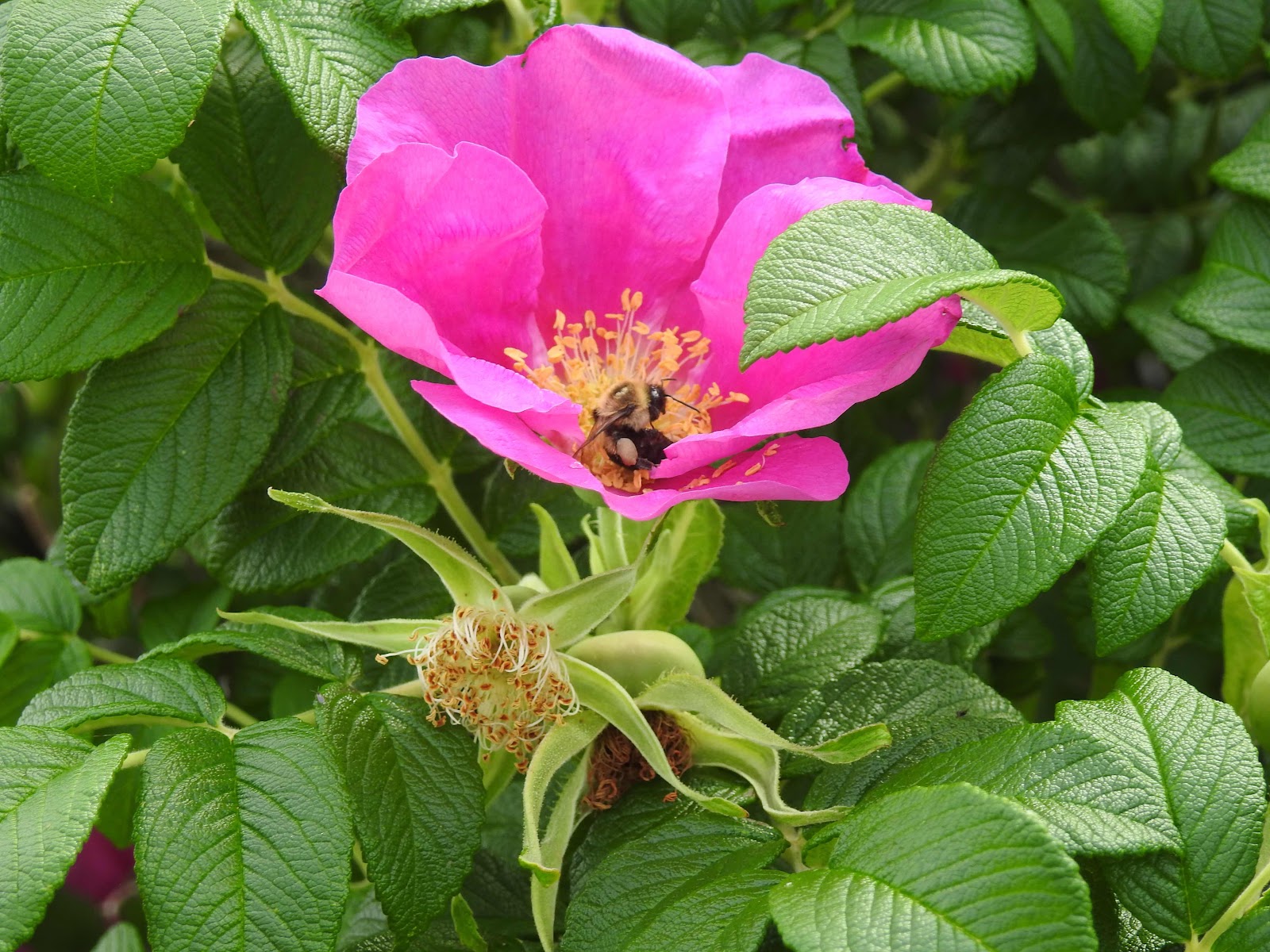 When my husband first went to Mafikeng, his office was in a small house called Rose Cottage it was delightful. Sadly afterwards he was moved to an office block :-(( Happy weekend Diane

What a lovely post, Marie. I could feel both the past and the present coming together to make me smile and delight in your artistry. Thank you! :-)

Love the beautiful home! The roses are beautiful. Lovely post and memories. Great photos. Enjoy your day, wishing you a happy weekend!

Sweet insight to the past and lovely glimpse of the present.

You bring the past and weave it with the present. A nicely written post, Marie. Enjoy the weekend.

So beautifully written and such gorgeous flowers and scenery.
I sure would love to visit there someday.

What a truly delightful way to come full circle. thank you.
And, in my eyes, a rose HAS to be scented.

Glad you had such a nice vacation! The photos of the rose are so beautiful..they look so fresh. Freshness is one advantage to not having such a hot climate. Your dog is so funny...having so much fun! Andrea

The smell of Roses is precious. I have to buy rose essential oil to give me that little lift. How lucky to have them right in the yard ready to pick, pluck and smell.

What a lovely picture, past and present blended.

Lovely way to remember the past.
:)

this is the beach house that you vacationed in??? not the house you grew up in!!

a lovely post and a beautiful home. i love this type of rose! and how sweet is that bee curled up in the rose!!!

Great Rugosa roses. They are so tough they can withstand extreme weather and still bloom and shed their fragrance on our world.

That is such a beautiful pink rose...

I can see why you chose to vacation there Marie, such sweet memories this lovely green house and perfumed roses evoked for you 🌹

The house is beautiful ☺

Beautiful description! That photo is wonderful. Reminds me of the beauty at Butchart gardens in Victoria. Have you been there?

That cottage would be perfect for us. :)

this green house is absorbing ,my very favorite color for house

like your winters our summers are harsh and planting roses here is tough ,if they grow they are not healthy enough until winters come

That is a nice looking house - connections to the past are important I think - they keep us grounded.

I love that house! It's so pretty.

Beautiful! Roses are lovely to have around the house. Lovely to help the bees. Sweet memories Marie!