It was an unforgettable experience involving a small child and five singing adults. It occurred during the last trip my in-laws, Melvin and Sylvia Smith, made to Prince Edward Island before Melvin was diagnosed with cancer. The Smiths travelled here with Sylvia's brother, Carl Mercer and his wife, Jean, in their RV.

At that time in her young life, Sylvie, our granddaughter was learning the wonders of Youtube. She loved action songs and especially Five Little Ducks, the version which has five little girls performing the actions to the song. During one of her visits to our house while her family was visiting, Sylvie expressed interest in her great grandparents' laptop. We found the Five Little Ducks and played it for her. Over the next twenty minutes we played that song numerous times as the five adults in the room with Sylvie learned the song and sang along with the music. It was one of those moments in life which you commit to memory. One year old Sylvie was fascinated. But...the song does not end there. 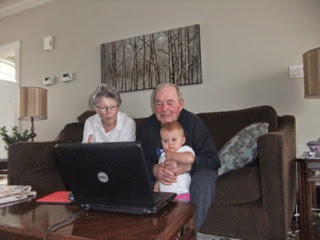 Melvin and Sylvia traveled back to Corner Brook, Newfoundland with Carl and Jean. On the journey home, when one of the four sang, "Five little ducks went swimming one day."

The others joined in, "Over the hills and far away," completing the rest of the song. It happened a number of times during the journey. 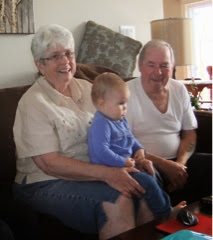 In addition, when they arrived home, each of them sang the song periodically while working. A smile always followed. 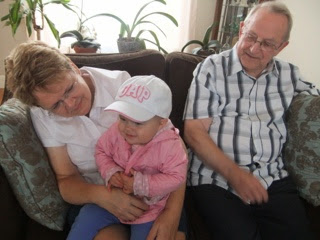 Now our second granddaughter, Caitlin, loves the Five Little Ducks as well. Her great grandmother plays it for her. 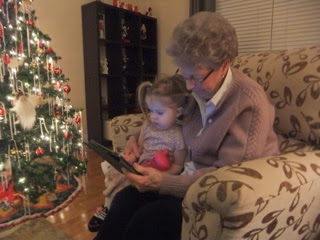 I will always remember the experience in that room with Sylvie and the rest of us singing Five Little Ducks. Some of the most precious moments in life cost nothing, are very simple but touch the heart. My wish is that everyone gets to experience a 'Little Duck' moment.