Many of our foremothers in Newfoundland went into service at an early age, working as servants to people, often far away from their own homes. Some were in service as early as ten years of age.

Often their own families could not feed them, so the girls were sent away to another family who could. For room and board and a few dollars, the girls worked long hours for little pay and their earnings helped to support their families.

One of our family friends, Clara, born 1926, went into service at ten years old. Her father, a fisherman, could not feed the family after a poor fishing season. Clara had to quit school and soon, her father took her by boat to another family along the coast. There she did all the housework which she was physically able to do at ten years of age. The money she made helped her family and they had one less mouth to feed. Clara worked hard and never complained about the circumstances which brought her to work as a child. 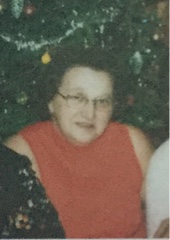 In my husband's family, his grandmother, Bessie Earle Smith, born 1902, went into service as well. We do not know the circumstances which brought Bessie to that work. We know her mother died when she was young and her father remarried. Bessie worked in Millertown Junction, in-land and west of her coastal home of Durrell.

Bessie was a small, deaf woman, short in stature, with tiny hands. Hearing aids, acquired later in life, helped but did not fix her hearing. One can imagine how hard she worked as a girl or young woman carrying water, scrubbing clothes and floors, baking bread and all the other tasks given to a girl in service. 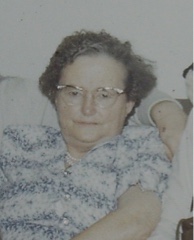 It must have been lonely for the girls, living away from their families in new surroundings, living with strangers. How many tears were shed in the lonely hours when they were too exhausted to even think? How were they treated, as not all girls and young women worked in ideal situations? Like others of that time, they were taught to take whatever came. They did not speak of their experiences.

Some were happy to be in service because it meant an end to hunger. During those tough times, one family friend was so hungry, whenever he had a chance, he ate the feed his father had for the hens. His father could not understand how the chicken feed disappeared.

Both Clara and Bessie went on to have families of their own. Bessie raised her family in Corner Brook, visiting Durrell a number of times over the years. Clara and her family moved to Mount Pearl where she eventually worked outside her home. She retired back to Trinity Bay, to the home where she was born.

Looking at their pictures today, one can only wonder what their young lives were like. What stories were behind their faces?

Marie,I remember Mom telling me her first pay was $2.00 for the whole month and had to spend the whole sum on a pair of shoes. Her father died when she was sixteen and because there was no way to get it touch with her she did not get notice of his death until months later.This was very upsetting to her.

How sad. She was working at such a young age. Hardly time to be a child.

Sad stories, however I think the hard lives made them very appreciative to what they got. I hope they married wonderful husbands and their lives were happier after marriage. Thanks for sharing these stories, very interesting!

Some had good lives, others were broken themselves and made life difficult for those around them.

You might remember that I mentioned my oldest sister and Brother-in-law lived in Newfoundland for two years. He was a Dr. and they had a young girl working for them and brought her home to Massachusetts where they were going to adopt her. It didn't work out (although it would have been good for her financially) because she was too homesick and couldn't adjust to the different life style. The two women you write about here seem to be just like her. It is sad.

We couldn't imagine sending our girls and young women away today to live and work because of poverty. Such is not the case in other places in the world today where they are sold into much worse conditions. We hear so little of it though.

Though not as clear as your stories, I have had inklings of similar fare about some of my forebears. They were hardy folk.

They truly were. We won the genetic lottery.

I loved this post! My mom went in service when she was 12!!! Can you imagine sending your 12 year old daughter away...to be a servant to another family, not knowing what perils lay ahead for her. Luckily, my mom went in service with good people and she often told us lovely stories about those times.

Kathleen, write down what you know. It will keep the stories alive for future generations. Include pictures if you have them.