We found this squid jigger last week when we tidied up the garage. It belonged to my husband's father. 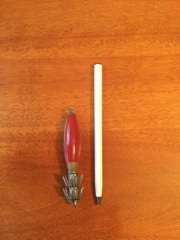 Melvin had jigged for cod, never squid, but he had this jigger among his possessions. It reminded me of the images from my youth; the evenings in Motion Bay, Maddox Cove, Newfoundland, when the in-shore fishing boats dropped anchor and caught the bait for the next day.

The fisherman lowered a line of jiggers into a school of squid which were hooked by the sharp barbs on the jiggers. Squid have an ink sack and eject the ink as a defense mechanism. They squirted as they were hauled into the boats.

Newfoundland had its own culture before it became a part of Canada in 1949. Our ancestors, mainly from England and Ireland, brought their language, customs and traditions with them. Over the centuries of hard work on the land and sea, they forged a bond and a culture unique to this island home. The music they sang was steeped in Irish and English tradition but their own music and song grew from their common experience.

One such song, the Squid Jigging Ground, written by Art Scammell, grew from an island tradition. It tells of the pursuit of the "squids," and an interesting cast of characters, waiting to catch them and the drama when they do.

There is a video link below of Hank Snow singing The Squid Jigging Ground. While Hank Snow was not a Newfoundlander, he was from the east coast of Canada. The video link shows the squid fishery so it is worth a look and listen.

There are several interesting things about this song.

A cape ann, mentioned in the song, is an oil skin cap with a wide brim that slopes at the back and has ear flaps. It ties under the chin. It is also called a sou'wester.

Any gathering of Newfoundlanders usually involves a discussion of politics. Squires in the song, was a Liberal prime minister of Newfoundland and is discussed as part of the yarnin' or storytelling.
One of the characters is "chewin' hard tack," a hard, dry, flour and water biscuit-like food that is almost non-perishable. British sailors ate it on long sea voyages. Newfoundlanders eat cakes of it today, reconstituted with water and call it brewis. It is commonly eaten with watered salt fish, a staple of the Newfoundland diet for centuries. 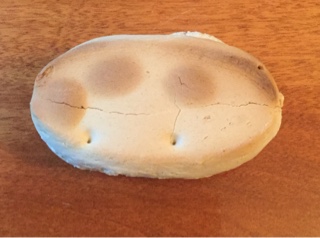 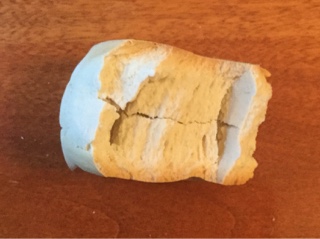 The squid "juice" covered everything, so Scammell wrote,

"And if you get cranky without yer silk hanky,
You'd better steer clear of the squid jigging ground."

The link to the video is here.
There are giant squid shown in this video as well. That is another story.
Posted by Marie Smith at 12:30
Email ThisBlogThis!Share to TwitterShare to FacebookShare to Pinterest

What a fine insight into local culture.

I think a lot of "mainlanders" think "The Squid Jiggin' Ground' is Newfoundland's national anthem and maybe it should be.

It was played by the carillon in the peace tower on Parliament Hill when Newfoundland joined Confederation.

Wonderful post. Lloyd, my previous next door neighbour of 25 years was born in Newfoundland and returns regularly. I would occasionally reap the benefit of trying some of the cuisine which made it back to Mississauga with him. My best memory of Lloyd was his frequent and loud usage of the phrase "Lard Tunderin' Jaysus!"

It is a wonderful culture to celebrate. We have such a great history. The stories in PEI are wonderful too.

I am not sure my teeth would cope with the hard tack, but perhaps the squid juice would soften it!

Thank you for visiting!

Just fascinating things...thanks so much. I too went out to Service as a solution when I was in college. Cook one time and the other head Matron. LOL Love your family stories....thank you.

Thank you for sharing and visiting

A squid jigger ????? Never heard of it and I'm glad you included a picture. There must have been a mess with all the ink being squirted as they were pulled into the boat !

There was a mess, hence the oil skins, boots and cape anns. They seemed to enjoy it though if the song is any indication.