We’ve seen a few before on roof tops in Newfoundland. This one was on a roof top in Lunenburg, Nova Scotia, however. During our autumn visit there, we noticed the widow’s walk, the fenced area on the roof of a house, above the street on the hill overlooking the harbour. (The photo, taken from a horse-drawn carriage, isn’t great quality.) 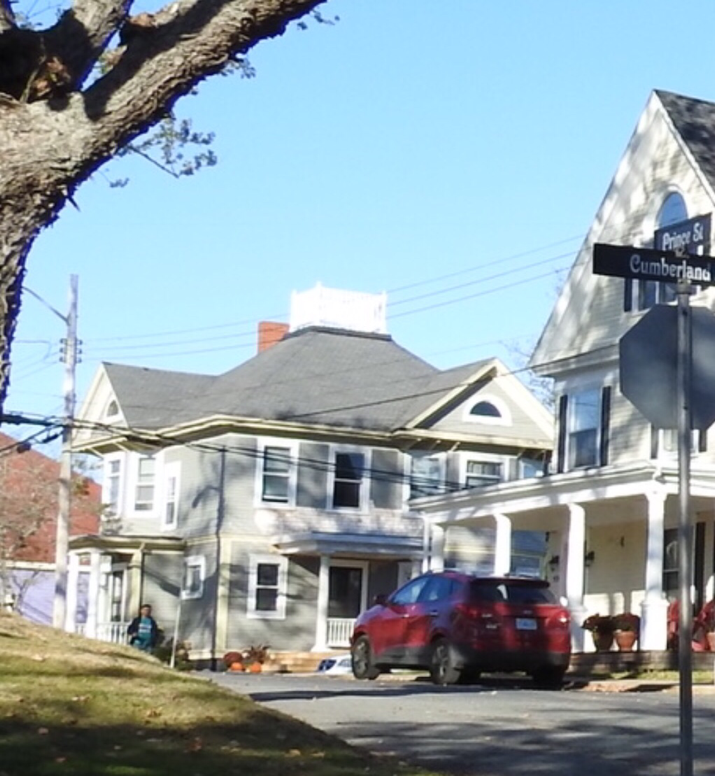 In seaside communities, these roof top walking areas are associated with the families of seafarers. The woman of the house climbed to the walk and watched for her husband’s vessel to return home. Such walks were on the homes of wealthy captains because poor sailors or fishers could never have afforded such luxury.

The sight of this widow’s walk reminded me of a poem we learned in school in Newfoundland. The poem was written by EJ Pratt who was born on the island. It speaks of the elements and how their consequences affected the women, whose stories are not often told!

It took the sea a thousand years,

A thousand years to trace

The granite features of this cliff,

In crag and scarp and base.

It took the sea an hour one night,

An hour of storm to place

The sculpture of these granite seams

Upon a woman's face. 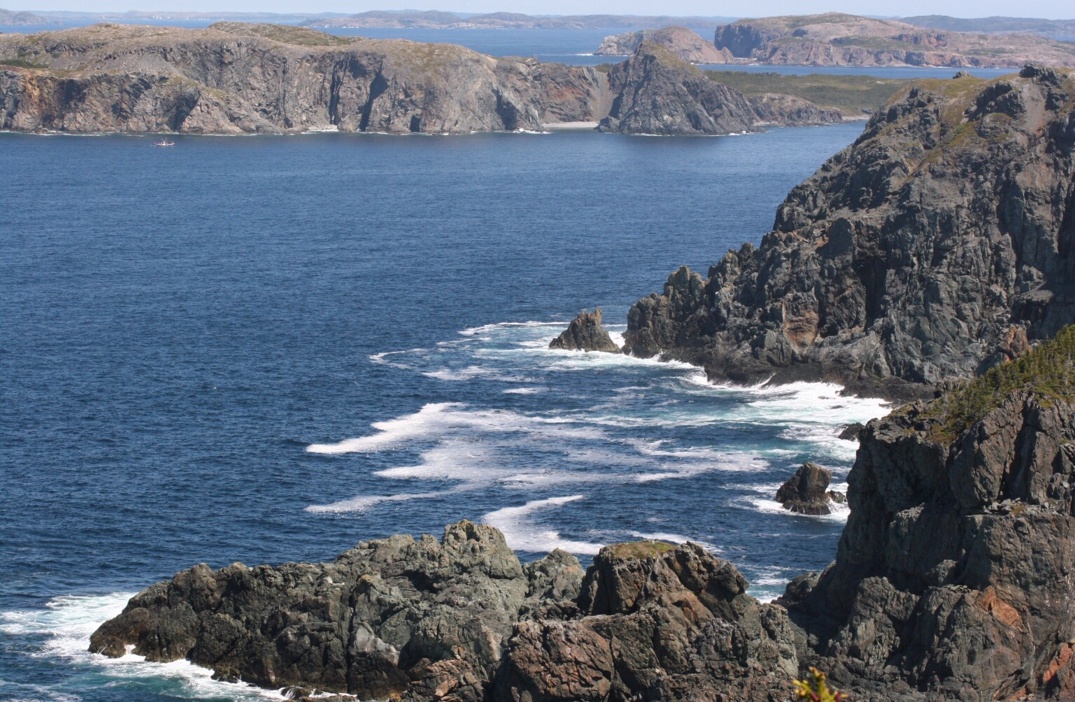 What a moving poem! And I had heard of widow's walks before but had never seen one. And that last picture of the coastline of Newfoundland is incredible. Thank you, dear Marie. :-)

Oh, how I remember that poem from school too! I think I had it memorized at one point. And when we were in Lunenburg, we took that horse-drawn carriage tour too. It was delightful and much easier than walking up those steep streets!

I have never heard that poem before but it is very moving. Have a great Christmas Diane

Add me to those who found the poem moving. Heart-breaking even.
Thank you.

I find coastlines to be so interesting in their variety. From the flat sands of Florida to the white cliffs of Dover. The same yet so different.

I became somewhat familiar with them in Yarmouth a few years ago.

I don't remember hearing about the Widow's Walk.
I liked the poem as well.
Thanks!!
: )

Wishing you a happy Christmas.

i have seen those widows walks on homes in cape may, new jersey - it too is a seaside community!!

wishing you a wonderful holiday season!!!

Fascinating, the poem goes so well with the story behind the picture. The only building we have with a viewpoint was the ship owners house 2 miles inland, he used to go up on the roof to see which ships were in port! Sarah x

The Newfoundland coastline is rugged, Jan.

I love that poem!

I didn’t realize that poem was so well know across Canada, Debra.

It is a great poem, Diane.

It is heart-breaking indeed, EC.

I love the variwty in our world too, Barbara.

They don’t have widows’ walks in Ireland, Bill?

I would imagine Yarmouth has them, AC.

You are welcome, Catarina.

I think the walks are an interesting feature for sure, Ratty.

The walks are a common feature in eastern North America I think, Debbie. Merry Christmas!

I've seen a few of those on houses around here.

We were probably all using the same text book, LOL!

I read Pratt is considered one of the best Canadian poets of the early part of that last century. You are probably right about the text books.