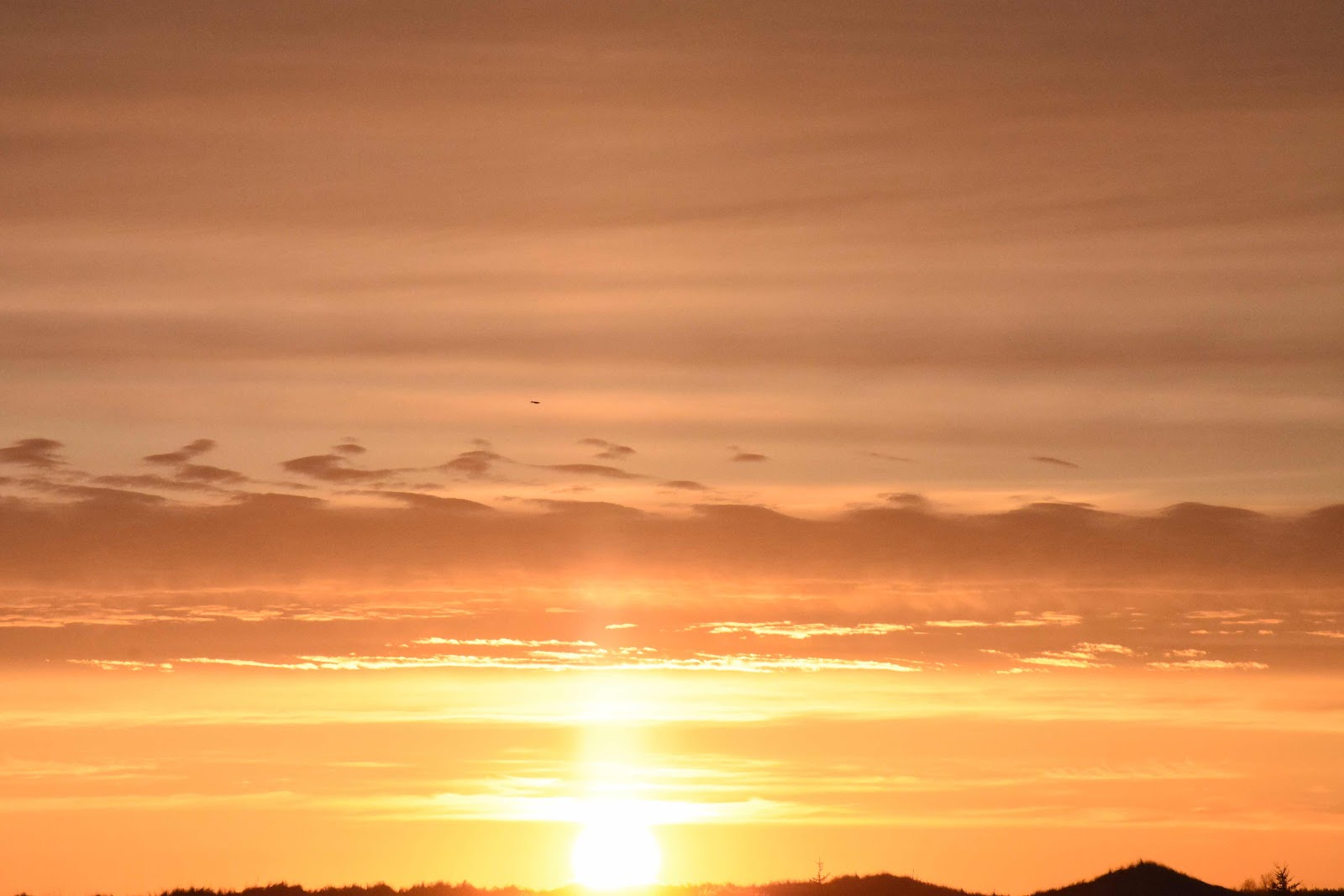 as my husband and I headed to Malpeque for Setting Day, the first day of the lobster season for 2019. When we arrived at the port, the majority of the lobster boats had already left, loaded with the traps to drop into the sea. Several boats remained and were ready to leave, so we walked to Cabot Beach, along the trail through the dunes to watch the boats navigate the channel as they head to sea. The sun crept above the horizon as we approached the beach.

The trail parallels part of the channel and one of the boats motored past into the sun’s glow as we watched. 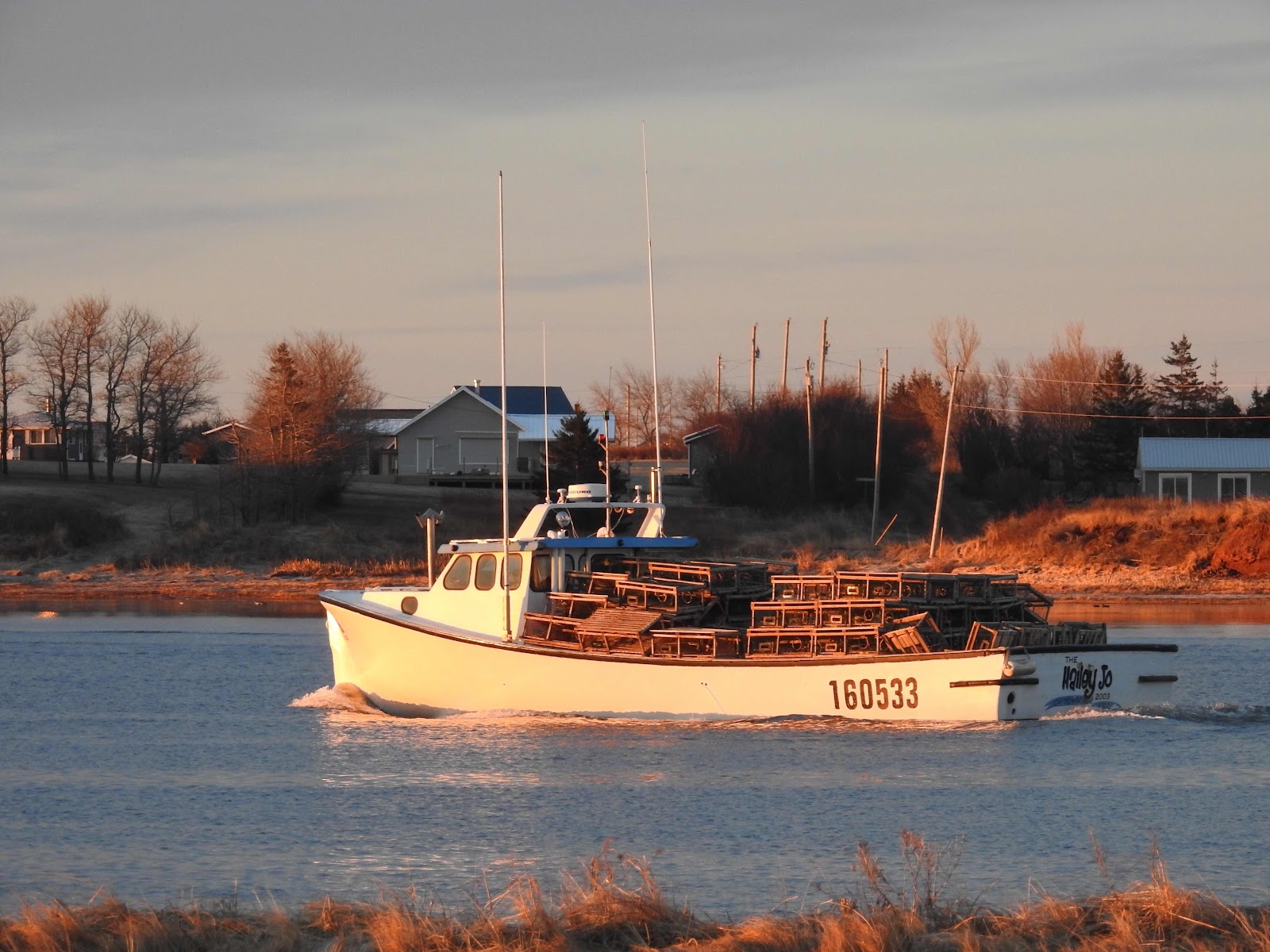 We hurried along the trail to see the boat as it passed Cabot Beach.

A band of clouds periodically covered the sun which was like a giant spotlight when it broke through the cloud cover. 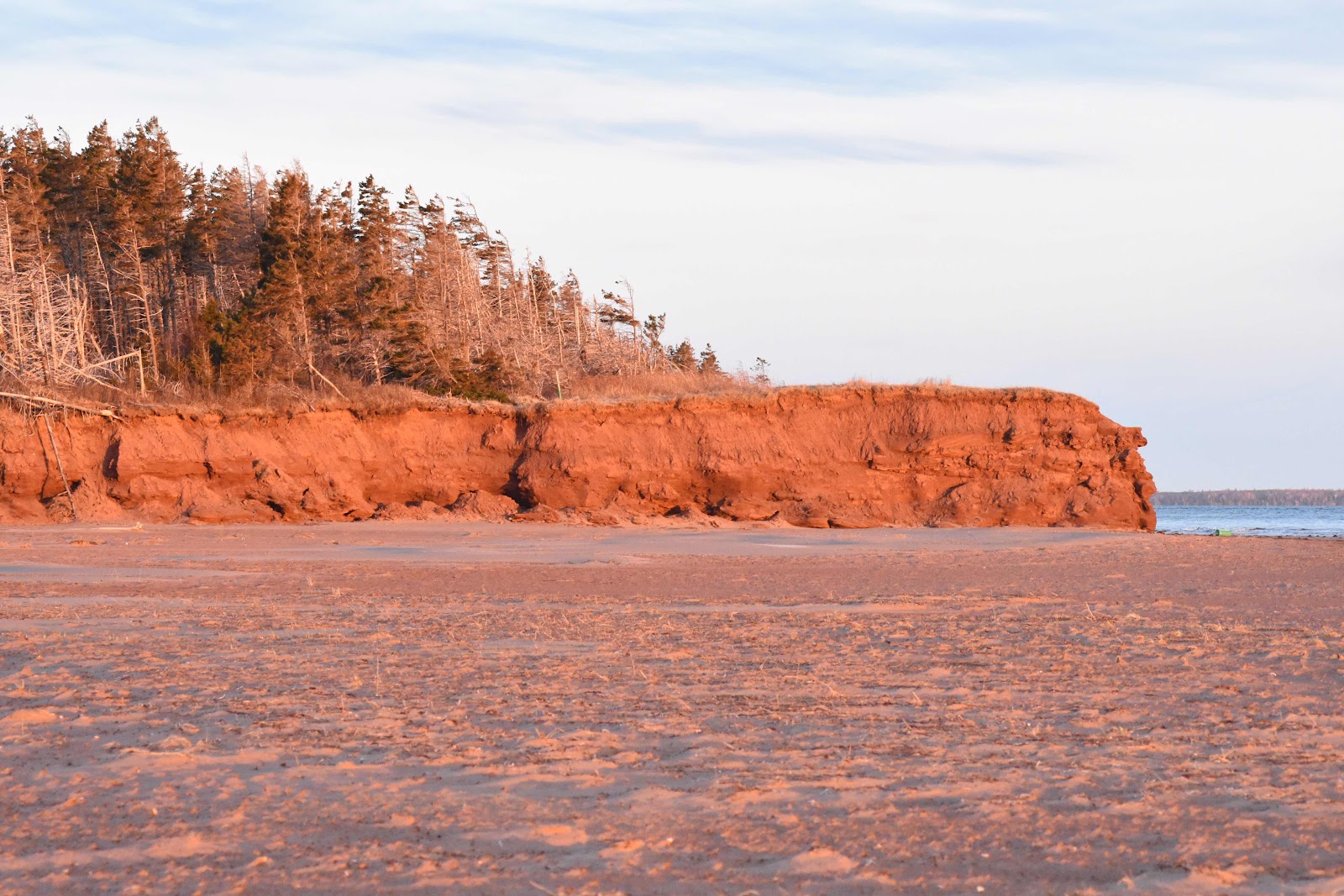 Other times when the sun was behind the clouds, everything was covered in a giant shadow. 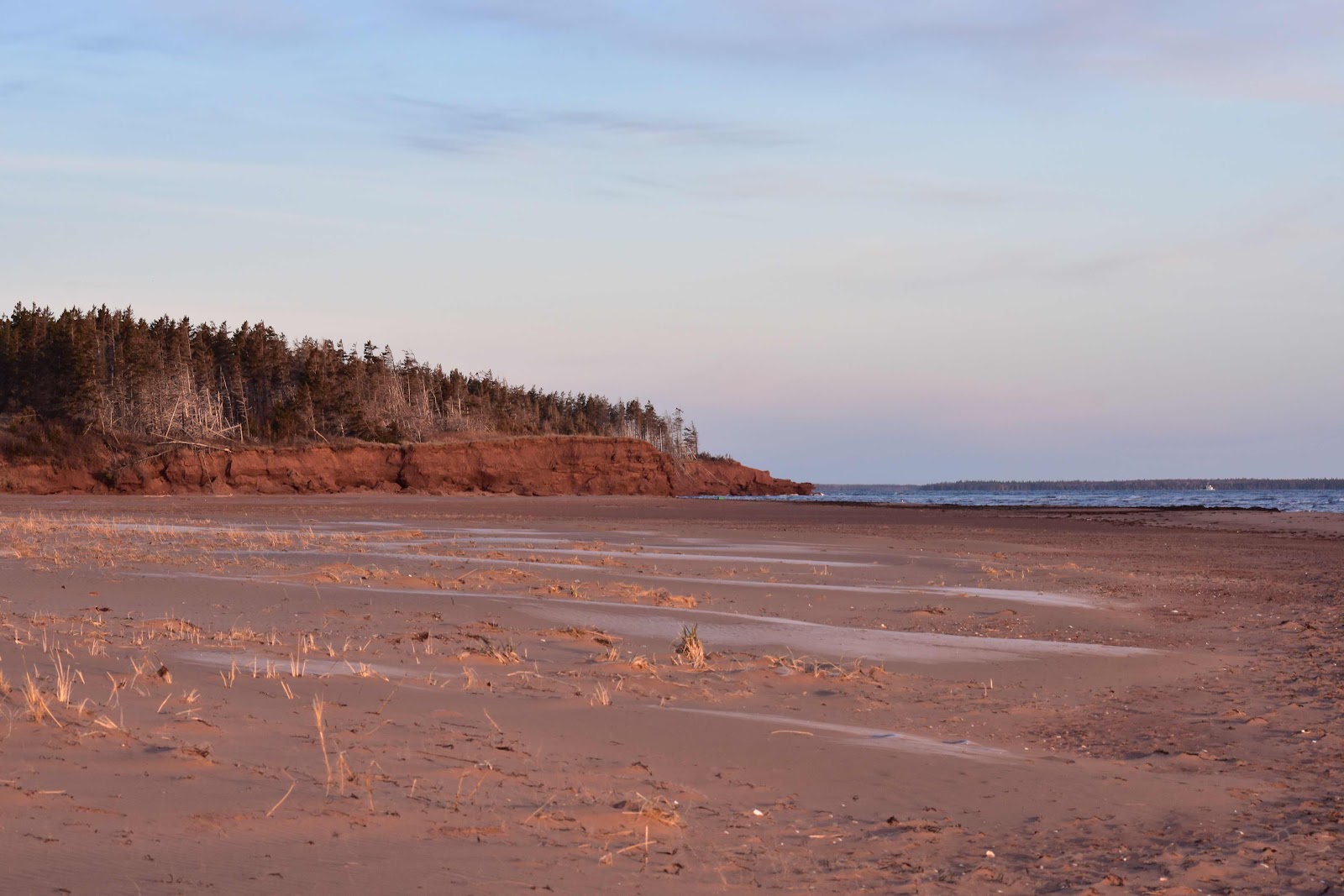 Boats were mere meters off Cabot Beach and we watched as they manoeuvred the channel, eager to reach open water. 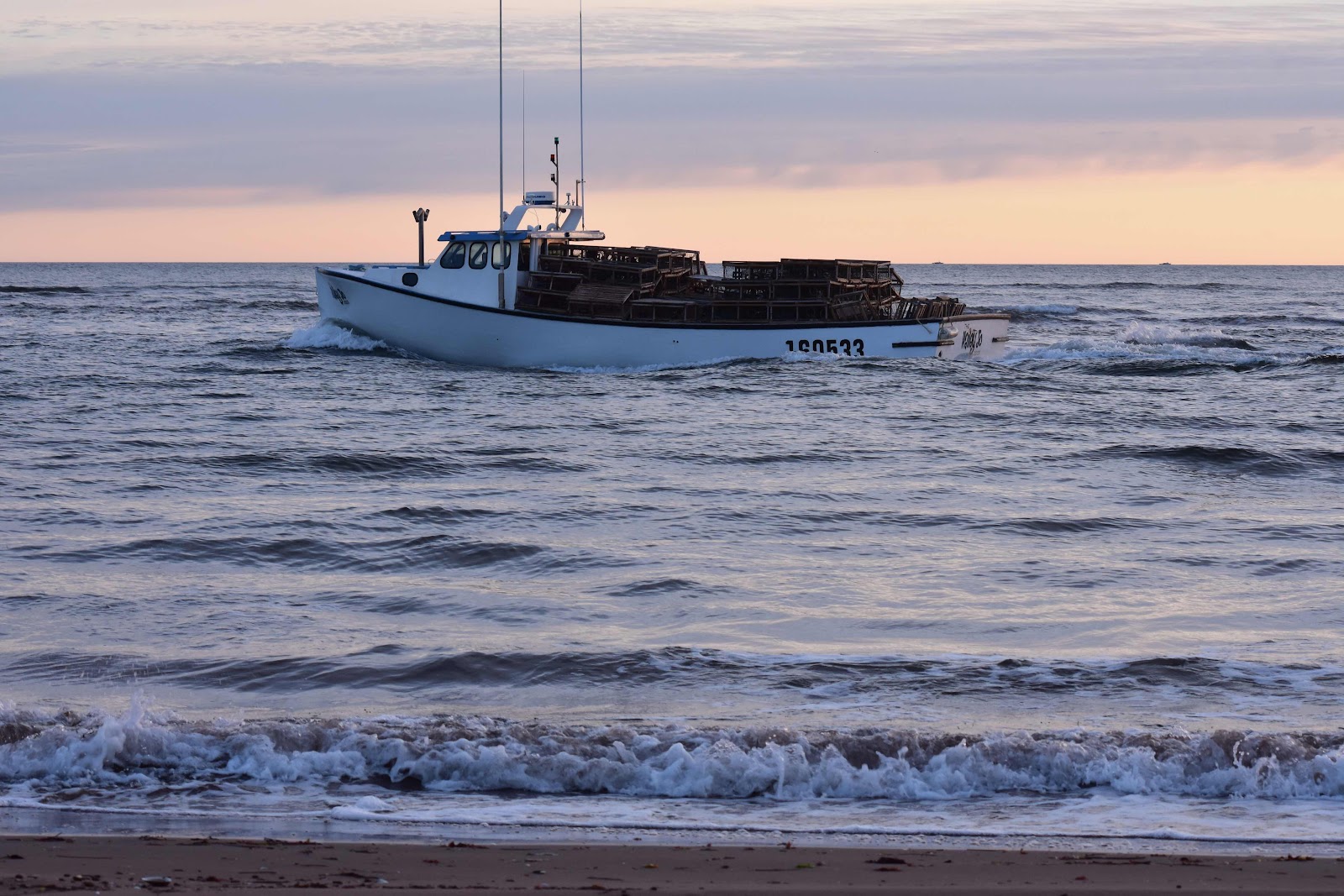 In the distance, from another port in the west, other boats sped to reach the Gulf of St. Lawrence. 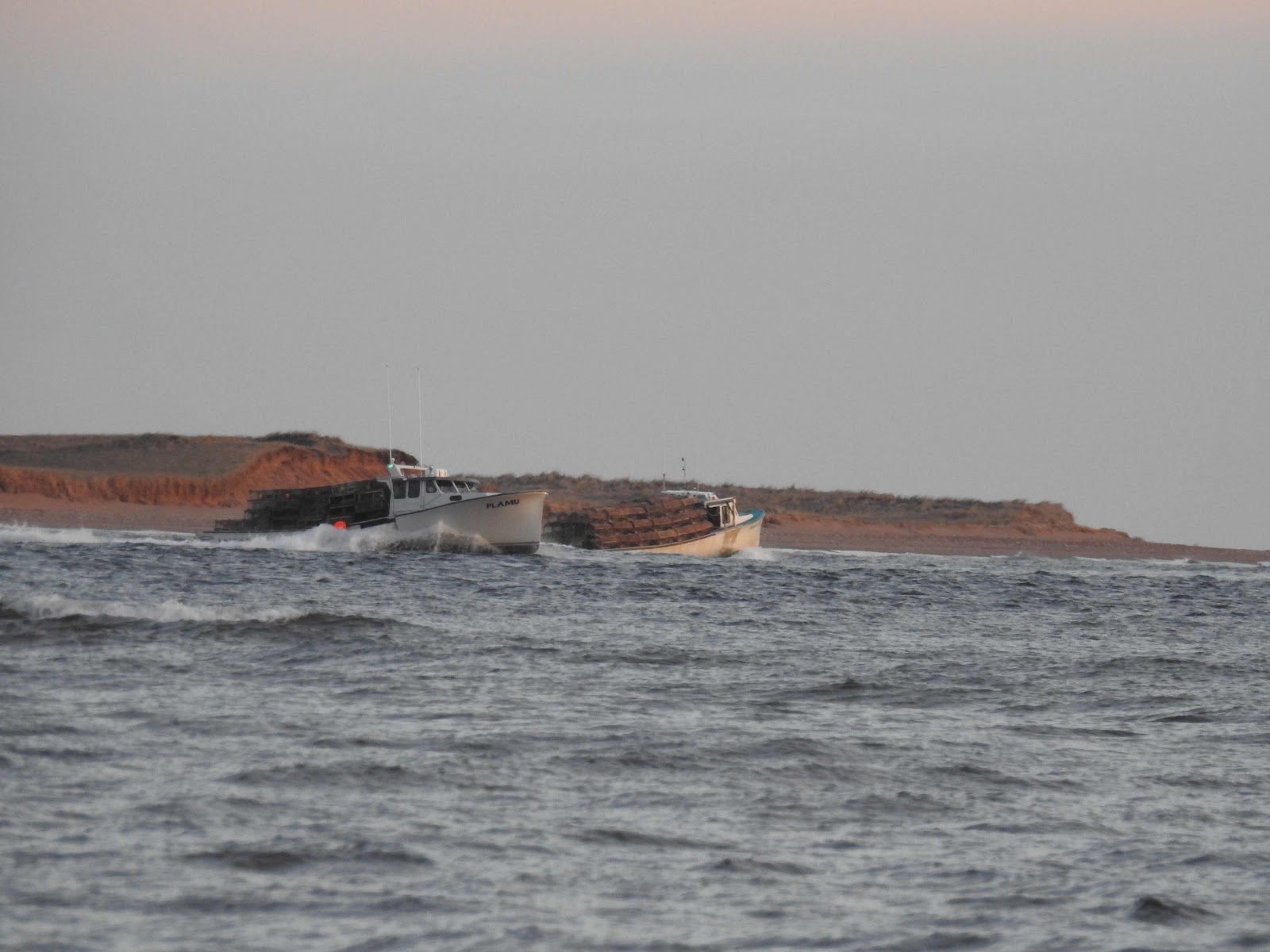 We could see a dozen or more boats along the horizon.

By the time the last of the lobster boats had left Malpeque, the first returned to load more traps and head out again. 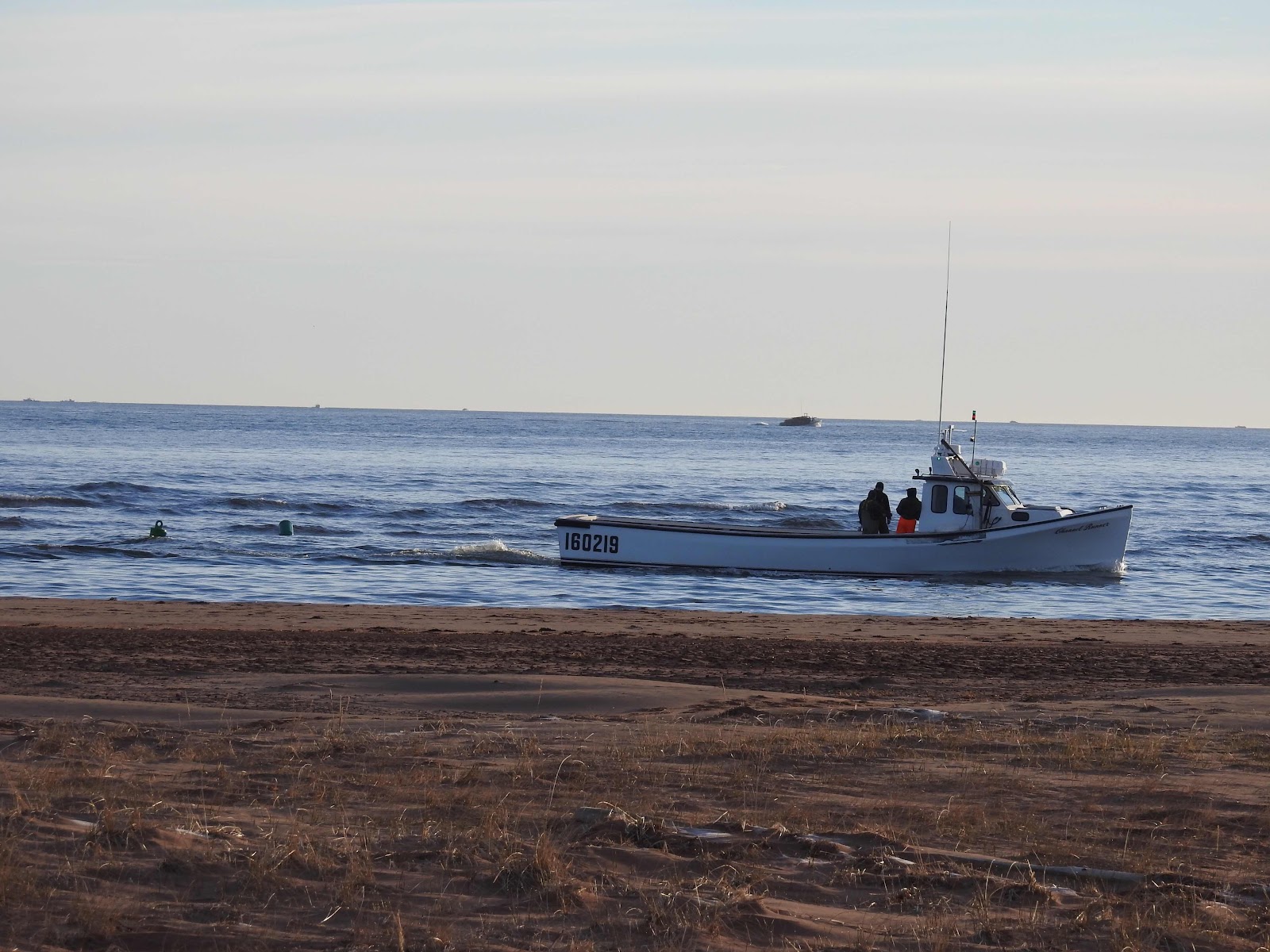 Each boat can have up to three hundred traps, which requires at least two trips for the 45 foot/14 meter boats.

I watched as the returning crew baited traps with herring before they lifted them aboard. 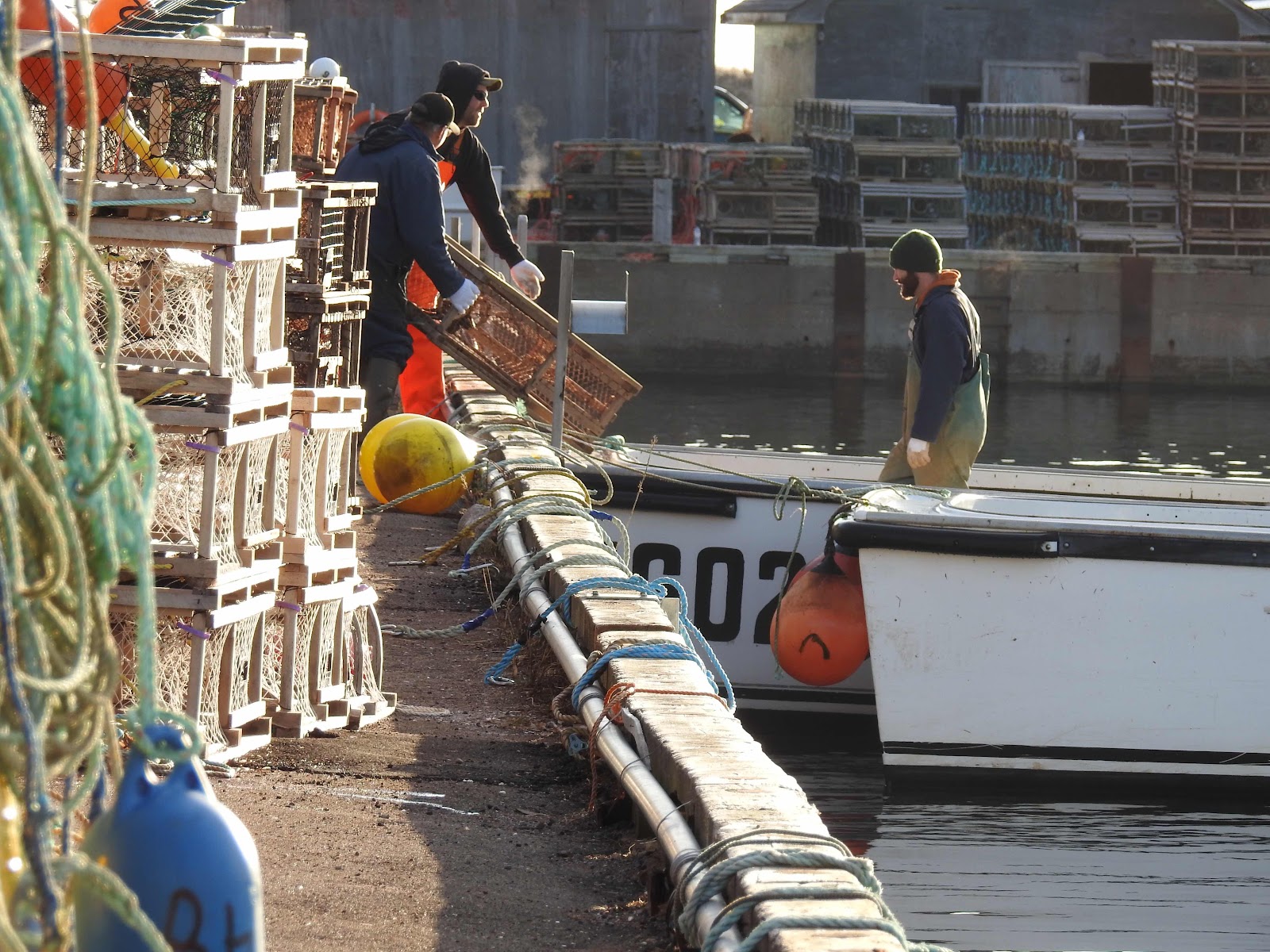 They were fast and efficient at their work, keen to accomplish the job for the day. This wharf will be busy over the next two months as lobsters are lured out of their rocky holes and crevices by these herring-baited traps.

Fresh lobster was available on Saturday. Our first meal is on Mother’s Day. Our granddaughters, six and eight, have eaten lobster since they were the age of their two year old brother. Now they eat a whole lobster each. Their brother tried it last year and enjoyed it. I imagine he too will be eating a whole lobster before long. It is a seafood treat and a great tradition.

i had lobster dinner just recently...not often because of the expense. Waht a nice tradition to photograph.

What a great adventure it must be to be in tune with the seasons like fishermen are. It's an amazing thing to see! Thanks for explaining it so well and taking such great pictures, Marie. :-)

It's quite a event to document as a tradition continues.

If they are too small do they throw them back? How much is the catching of them controlled? Lovely photos. Enjoy your week Diane

Lobsters are such a luxury around here that I must say we never eat it. It's just too expensive and they also sit in the grocery store for a very long time so when you bring it home it's not so fresh. Beautiful photos of the boats and the ocean!! Truly love everyone of your photos! May you have a peaceful week Marie!

Your third shot is my favourite of the set.

I also really like the new banner!! You chosen a great photo. It looks like a painting.

Ummm, yummm I so love lobster.
Gorgeous photos, especially the sunrise on the out-going lobster boat.
You are sharing a part of life I have never seen before.
Love it.

I like these events which mark our progress through the year, though it's a long time since I ate lobster.

Beautiful scenes in the morning light.

Thank you so much for taking us along. I really loved all of these photos.
Lobster is an expensive luxury here.

Beautiful photos of the beginning of lobster season. I love the last photo and your new header, both are spectacular.

That is some hard work. I know there are some women who do it also but even at the best of times, I could never do all that they do.

Just gorgeous photos, Marie. I'm not a lobster fan myself, but impressed that those girls can put that down at their age. :)

This was a wonderful trip for me, too.

Wonderful early morning light - and there is always something to photograph at the beach.

So interesting to watch Marie, I wonder if each boat has a designated spot or if it's first come gets the best spots?

marie, these pictures are incredible. with light, without light, they are all beautiful!! i enjoyed your story as well!! i am a lobster lover and i really enjoy following the beginning of the season!!

mornings are beautiful, i often sleep through the best part of the day!!

What a fun dear Marie!

ah this morning sunlight has HEALING ENERGY and i can feel it through this wonderful shoot :)

never had one but i used to watch lots of shows on discovery of geographic channel where boats and ships are gone to catch the lobsters ,must be delicious sea food

A wonderful moment to capture and share. Sarah x