A week ago, we were at Malpeque for Setting Day, the first day of the lobster fishery in Prince Edward Island. However, while the fishers were busy on the water, Cabot Beach nearby was a treasure in itself that morning.

The early morning light alternated between a glow or a shadow as the sun played with the band of clouds. Frost collected in random areas along the beach, a testament to the cold of the early hour. 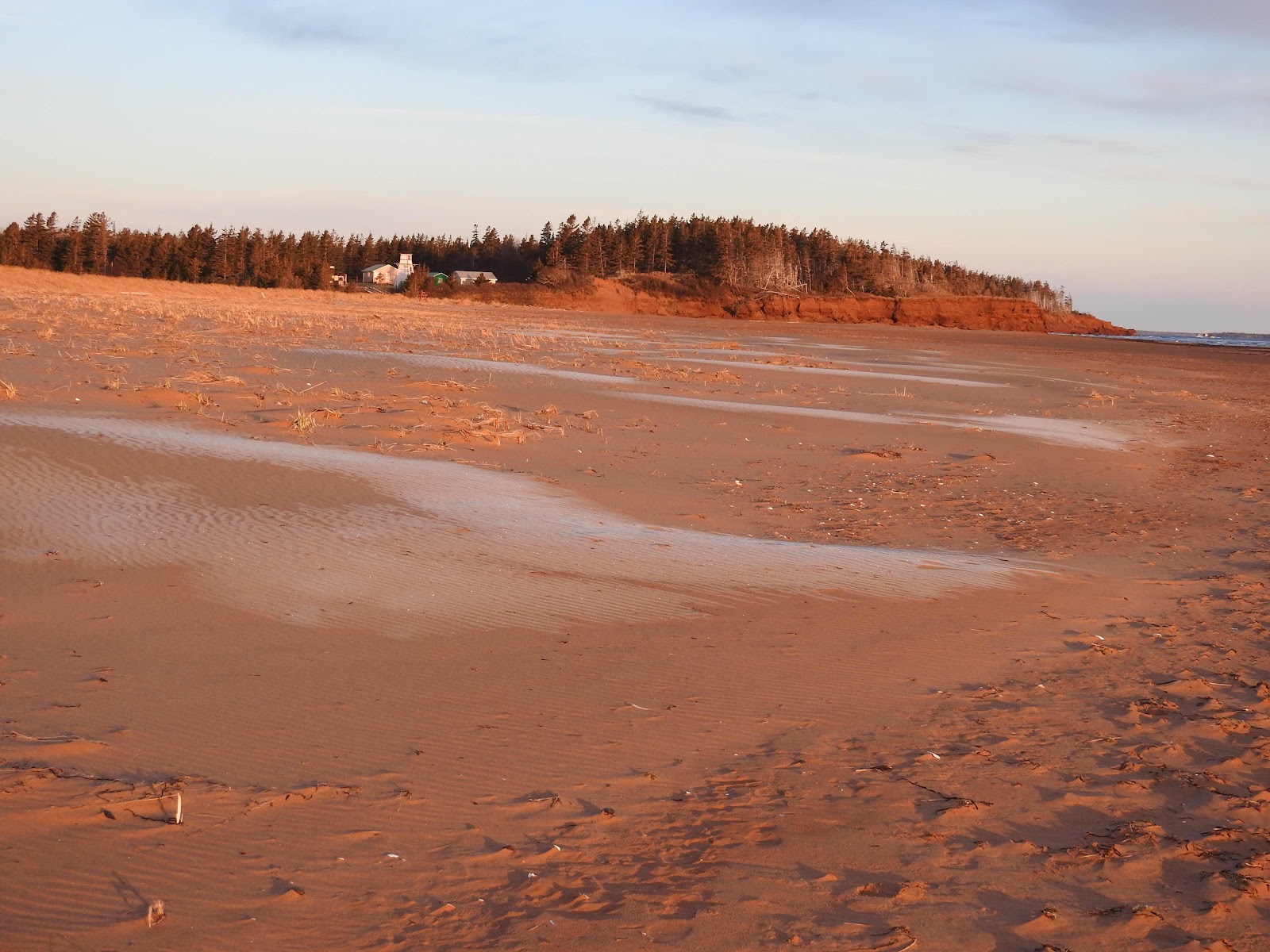 Evidence of the usual suspects was everywhere as the footprints of the gulls varied from tiny to large. 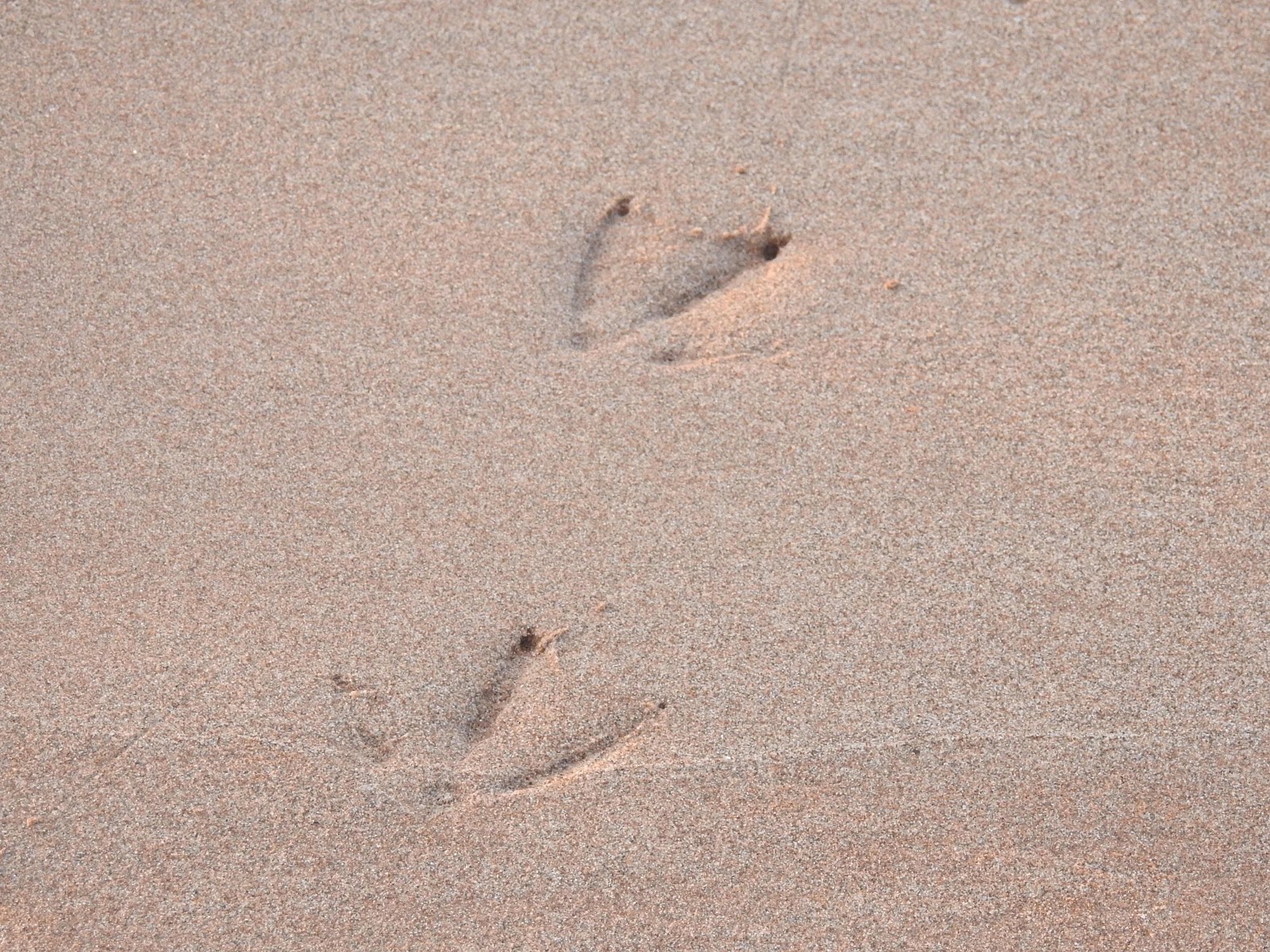 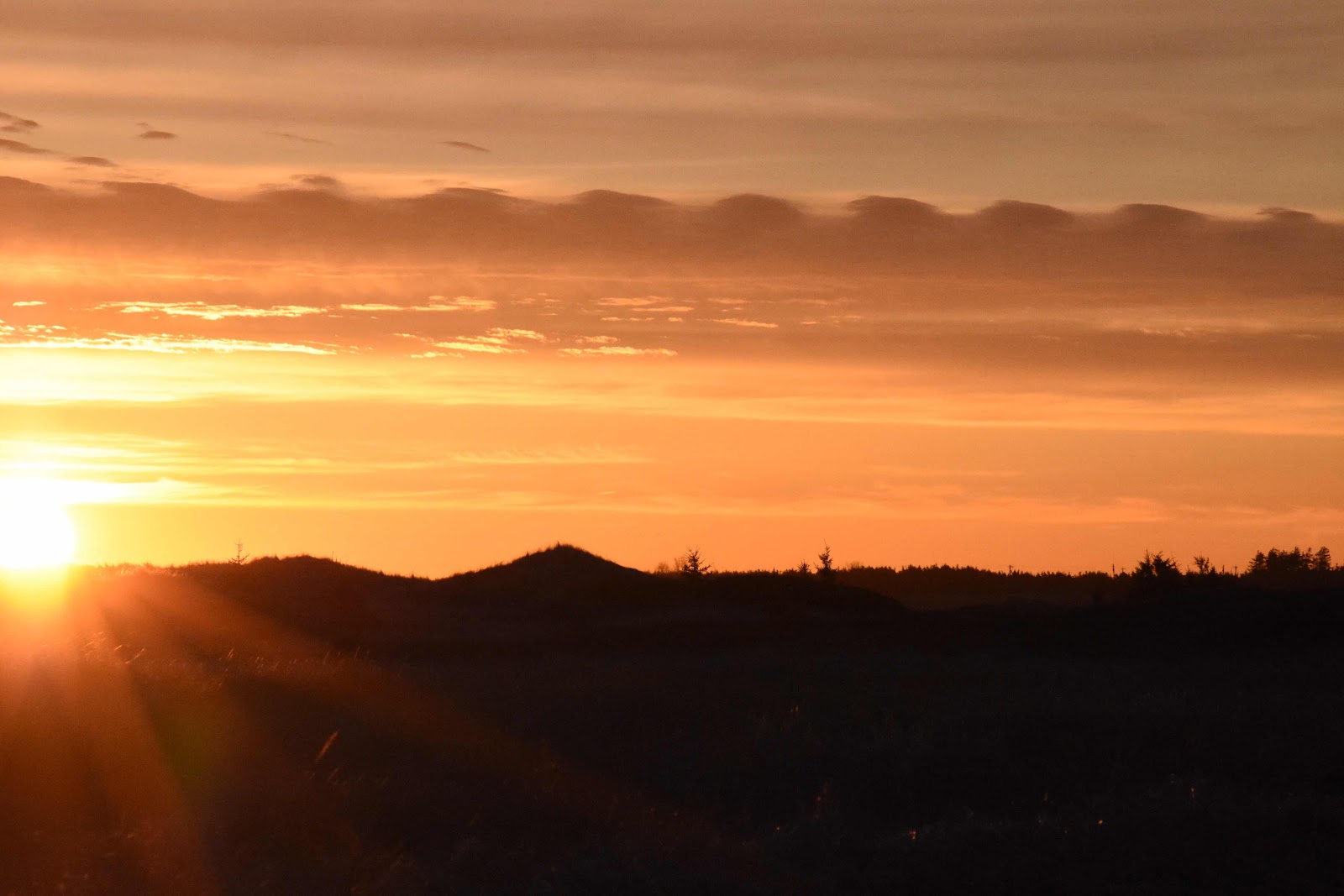 and sand imitated the wave action. 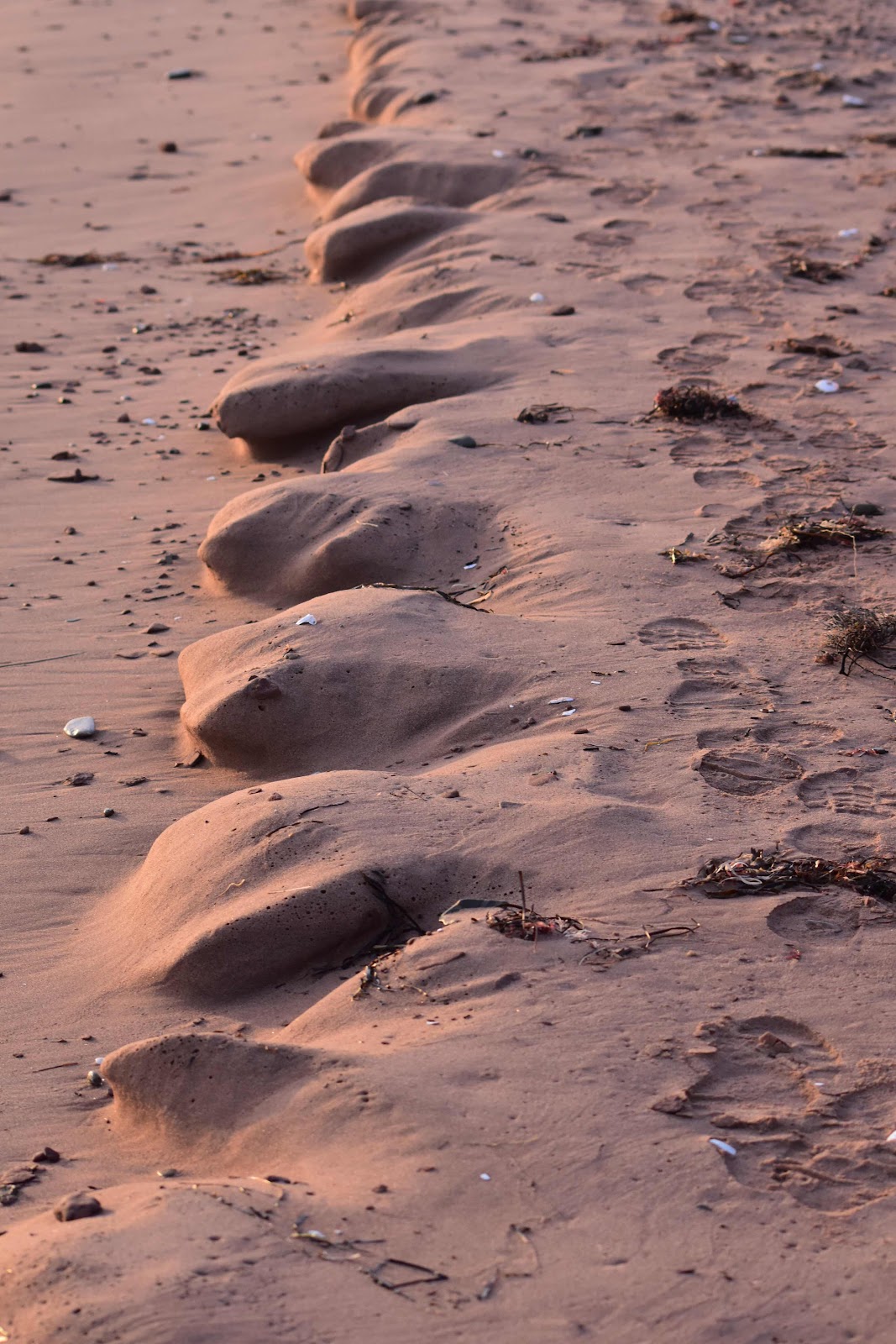 Between the bands of cloud above the horizon, part of a rainbow showed through, a rare sight indeed. 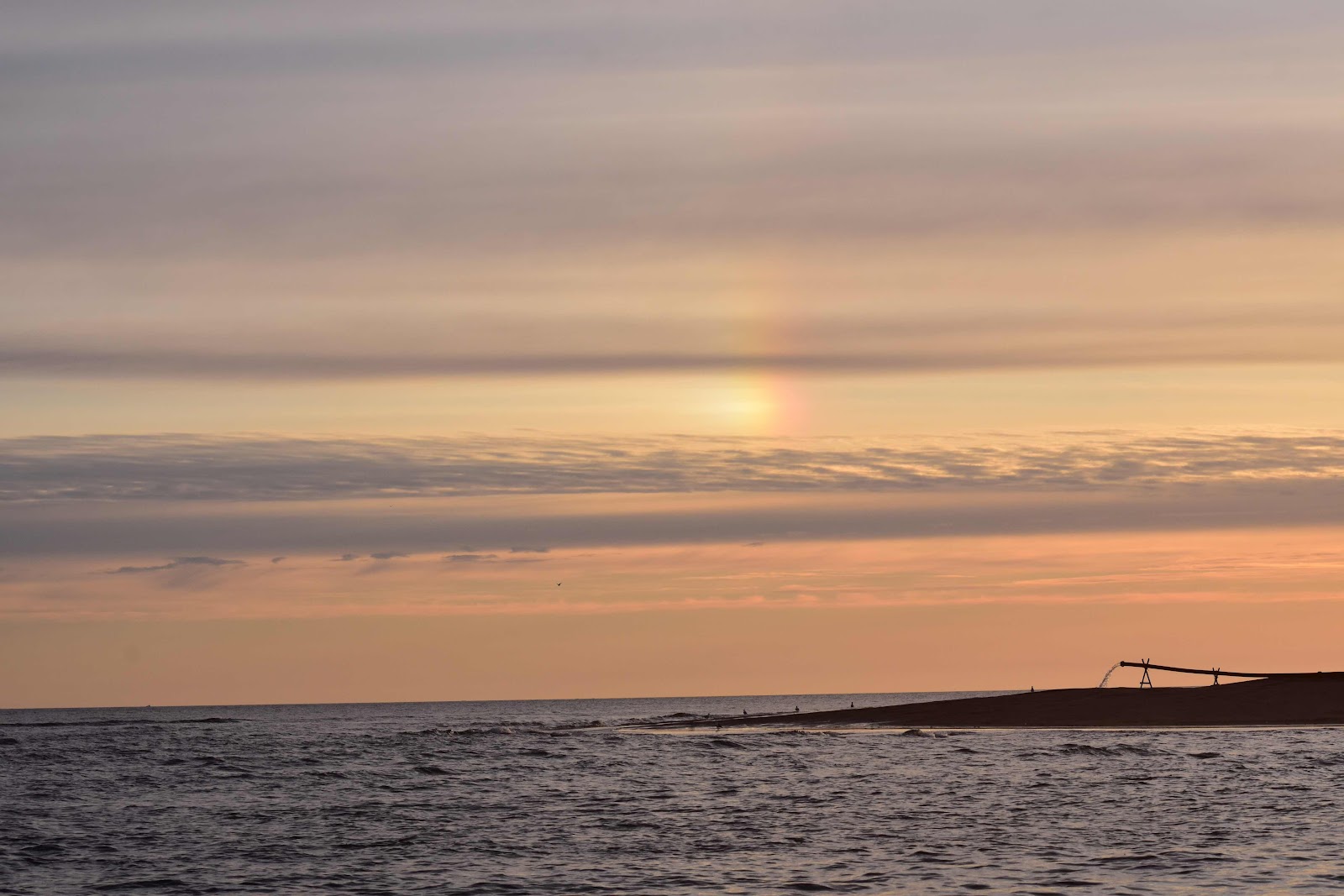 Remnants of sea life such as clams and crabs were spread over the beach as was abundant seaweed. 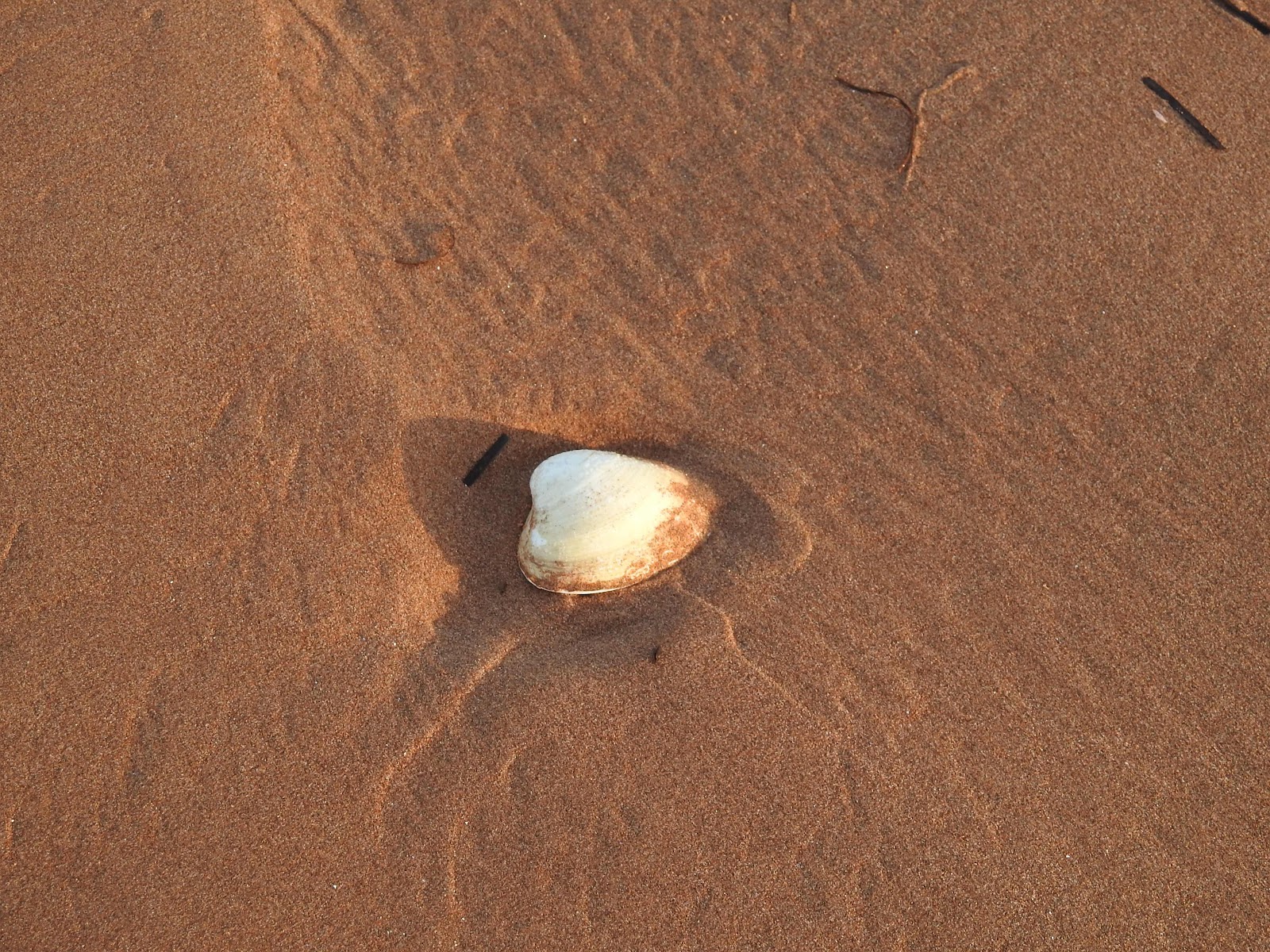 At the back of the beach, the Marram grass, which had survived the winter, waited for the sun to work its magic with chlorophyll for another year. 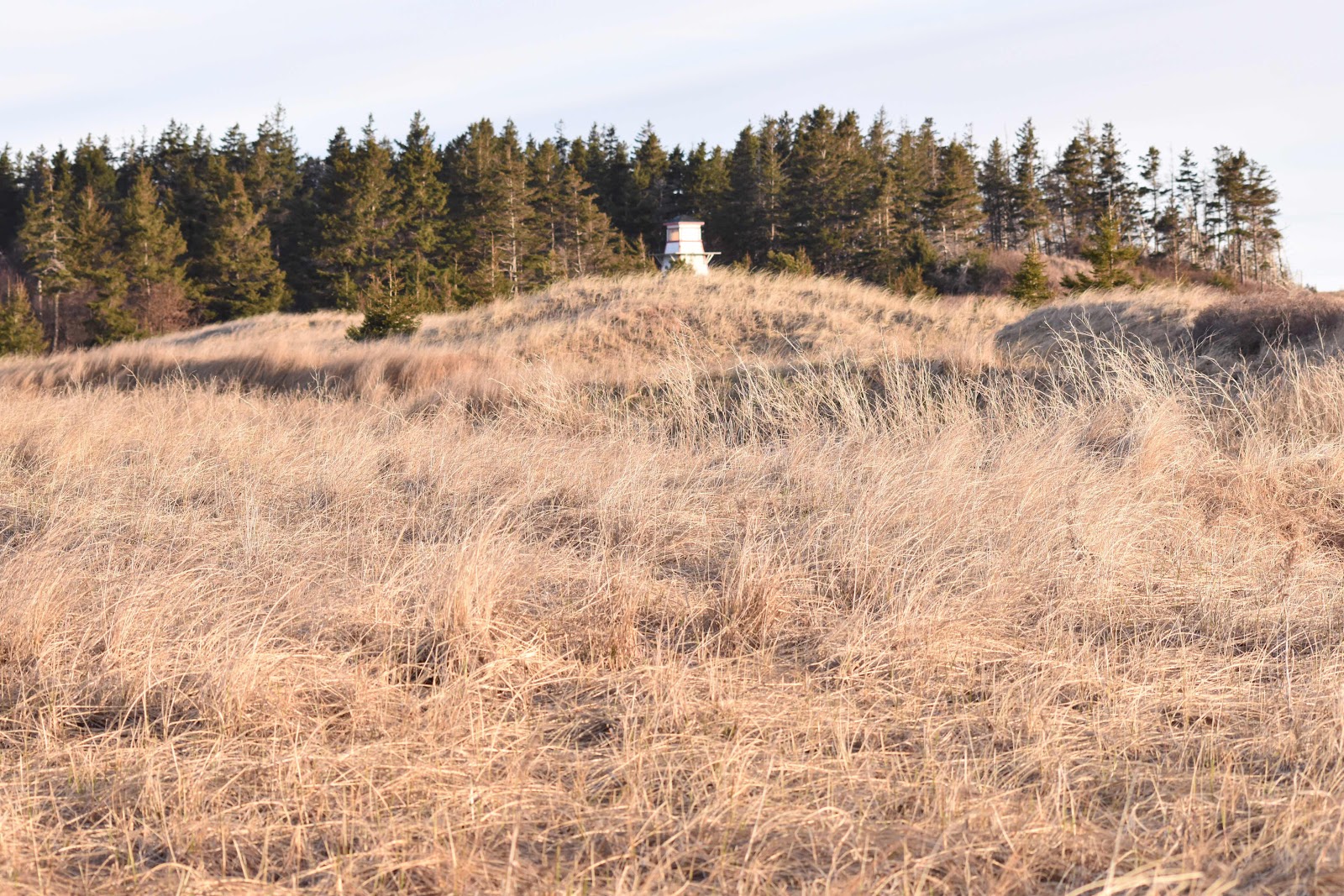 The sand dunes were alive with the sounds of numerous birds of various species. Overhead, Canada geese made their presence known as we walked back to the car. On the edge of the dunes, an osprey, perched atop a utility pole, 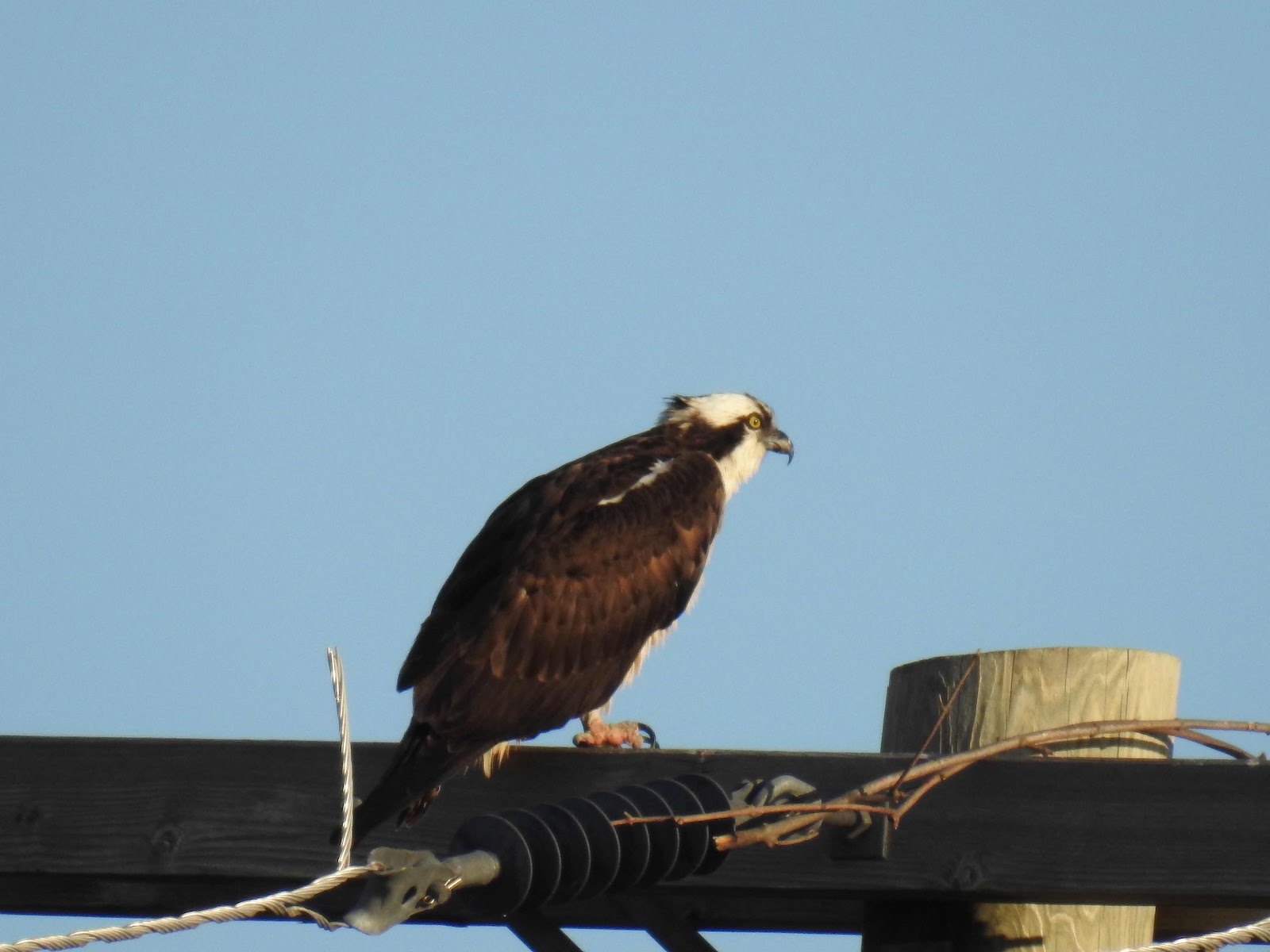 waited to go fishing too, having watched the humans depart from the cove nearby.

Nature was astir and and we were fortunate to experience her early morning splendour.

Hello, pretty views of the beach and sky. Love the footprints and the Osprey photos too. Enjoy your day, wishing you a great weekend!

So very lovely on this early morning excursion. Thank you for the great pictures so I can imagine being there, too. :-)

a wonderful post marie, the morning view is quite beautiful. the gull footprints look a bit like hearts...the marram grass is beautiful!!

i think mornings are the best time to be anywhere...gorgeous images!!!

ohhhh and what a beautiful capture of the osprey!!

Beautiful sunsets and I love the osprey. Have a good weekend, Diane

Beautiful shots of your part of the world waking up Marie, I always love finding footprints of early morning visitors on the beach. The skies are gorgeous and the osprey fabulous!

Beautiful surroundings! Indeed a great capture of the Osprey!!

Early morning offers its beauty to those who rise to the occasion. You certainly met the challenge and took some fantastic shots. I love them all.
Have a wonderful weekend, Marie.

Lovely pictures. It looks and sounds like it was a wonderful time to be out there enjoying nature.

Wow, wow and wow again.
Thank you so much for sharing the beauty and the wonder.

Just beautiful. Stunning colors and life around you. Thanks.

The red cliffs/sands/dunes always amaze me. So pretty.

It would be so nice to be near a place with so much water. I do have a flooded river if that counts.

Hi Marie, Beautiful photos. You sure live in a beautiful location. I would love to be able to walk on a beach like that. Thank you for your kind comments on my blog. I hope you will continue to visit me. Take care. Happy Mother's Day too! :-) John

specially the sunset is gloriously magical!!!!

That must have been a wonderful morning, and also fantastic to see the osprey. Sarah x

Gorgeous shots, Marie. I love the waves and their echoes in sand and sky.