On the second day of 2020, I drove to Seven Mile Bay and took some photos of the Confederation Bridge. It was a day with cloudy periods and the sun was within an hour of setting. The sunlight played on the bridge when it periodically broke through the clouds. 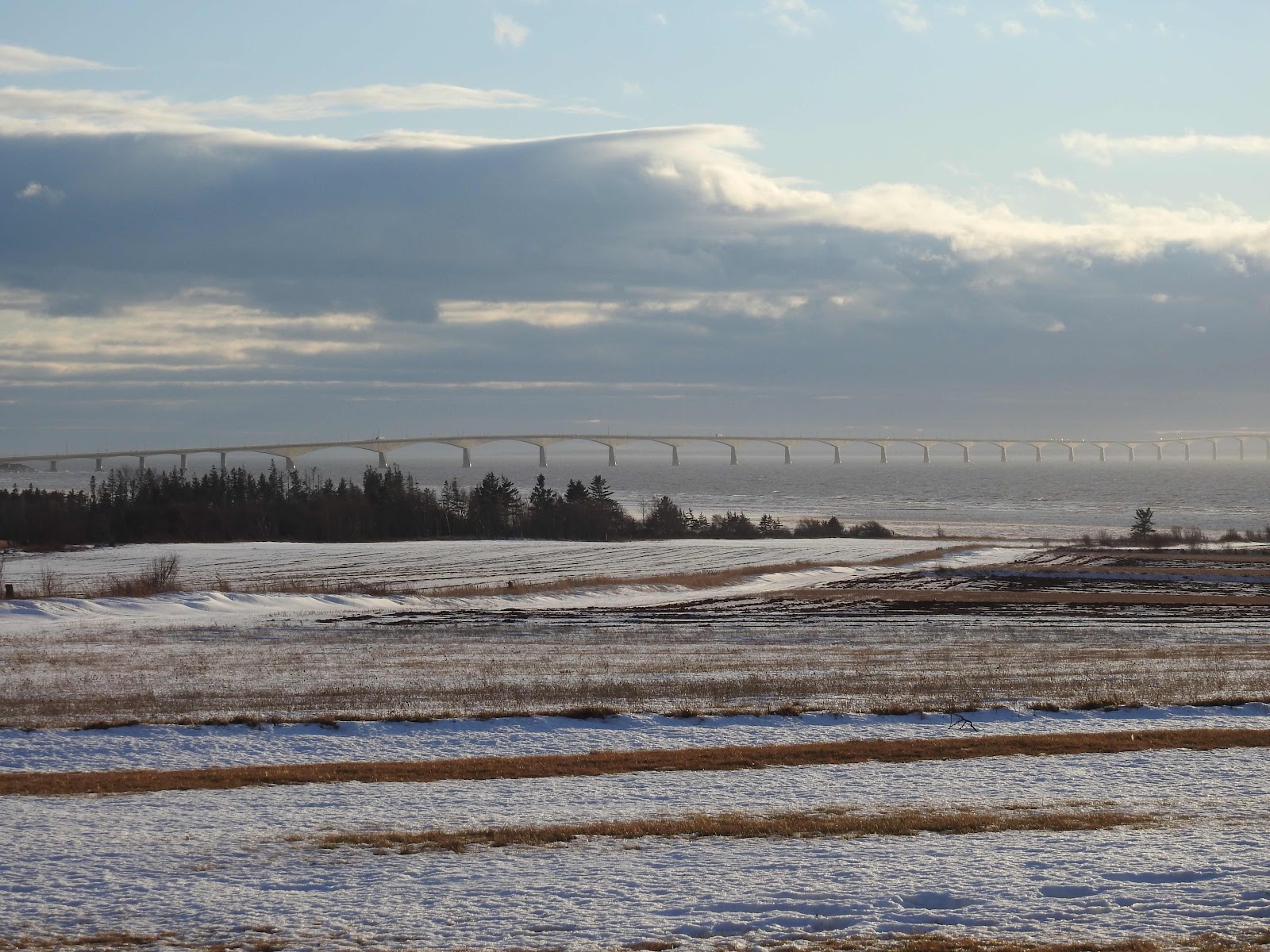 The Northumberland Strait was not frozen at that point, as it wouldn’t be for a few more weeks. 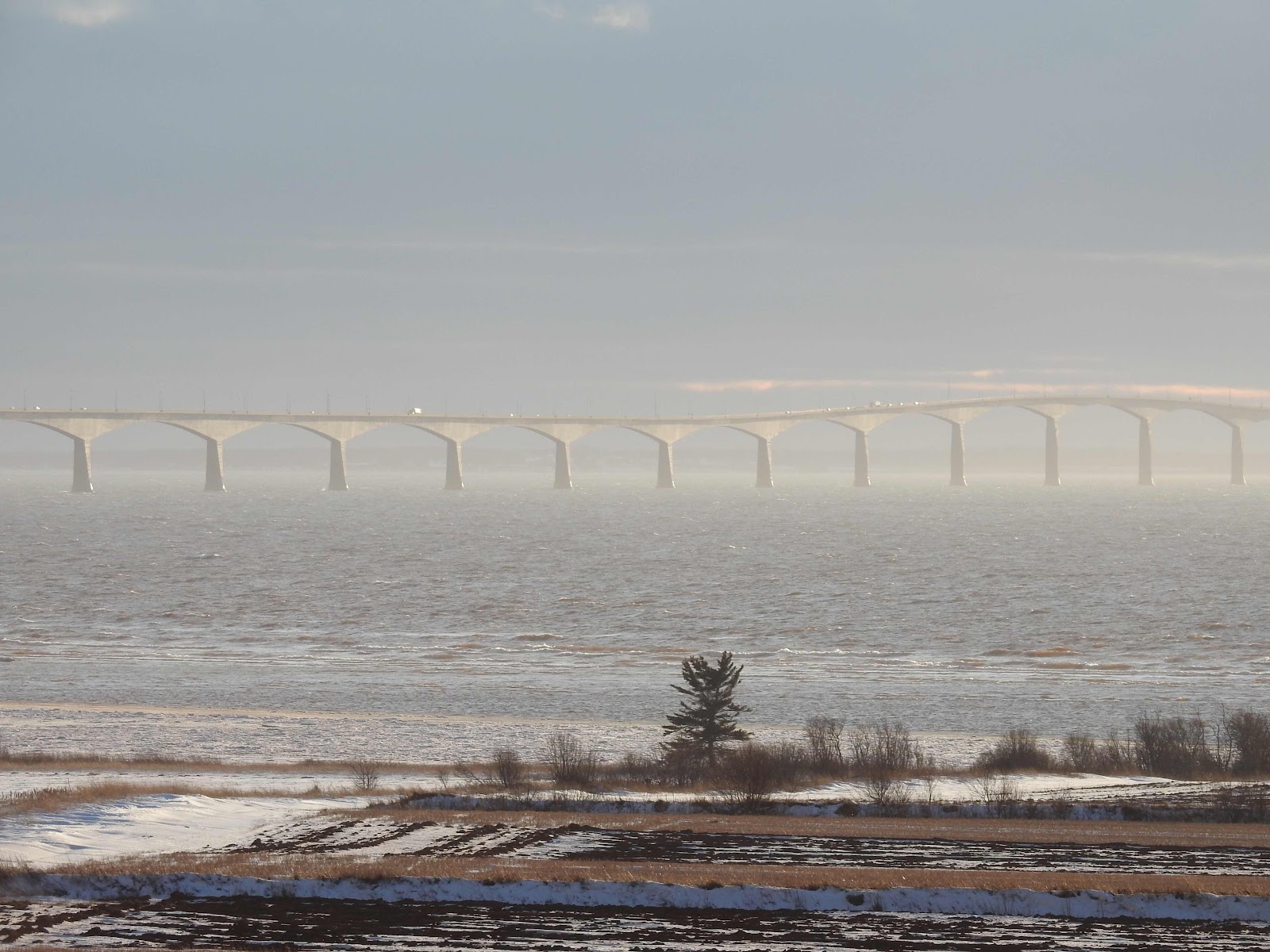 However, there was ice along the shoreline and the countryside was beginning to accumulate snow in places.

Now in the last week in February, the scene looks different.  The convergence of land and sea is complete and the frozen, snow covered land appears to continue around the bridge and beyond. 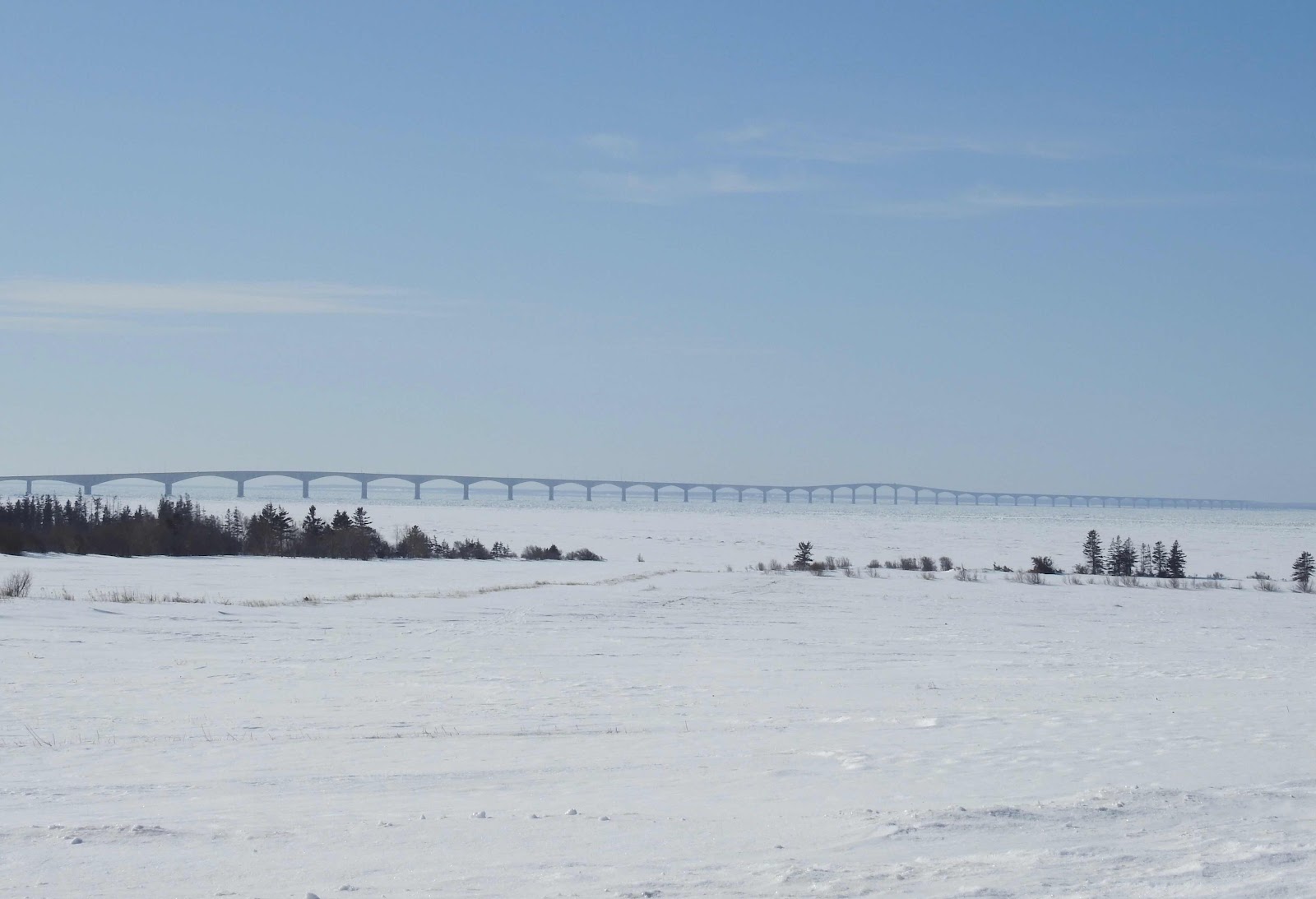 One might be tempted to walk out there but the ice in the strait is choppy because of the wave action. This is not a place for an ice highway.

Milder weather this week will melt some of this ice and make it less stable than it already is. However, with so much ice along the south coast, it is cold along the coastline even on a day with the temperature above zero.

It is easy to complain about these conditions but they are part of the history and culture of this place. Those of us who have come to call this island home, have come to understand its significance and enjoy it while it lasts. 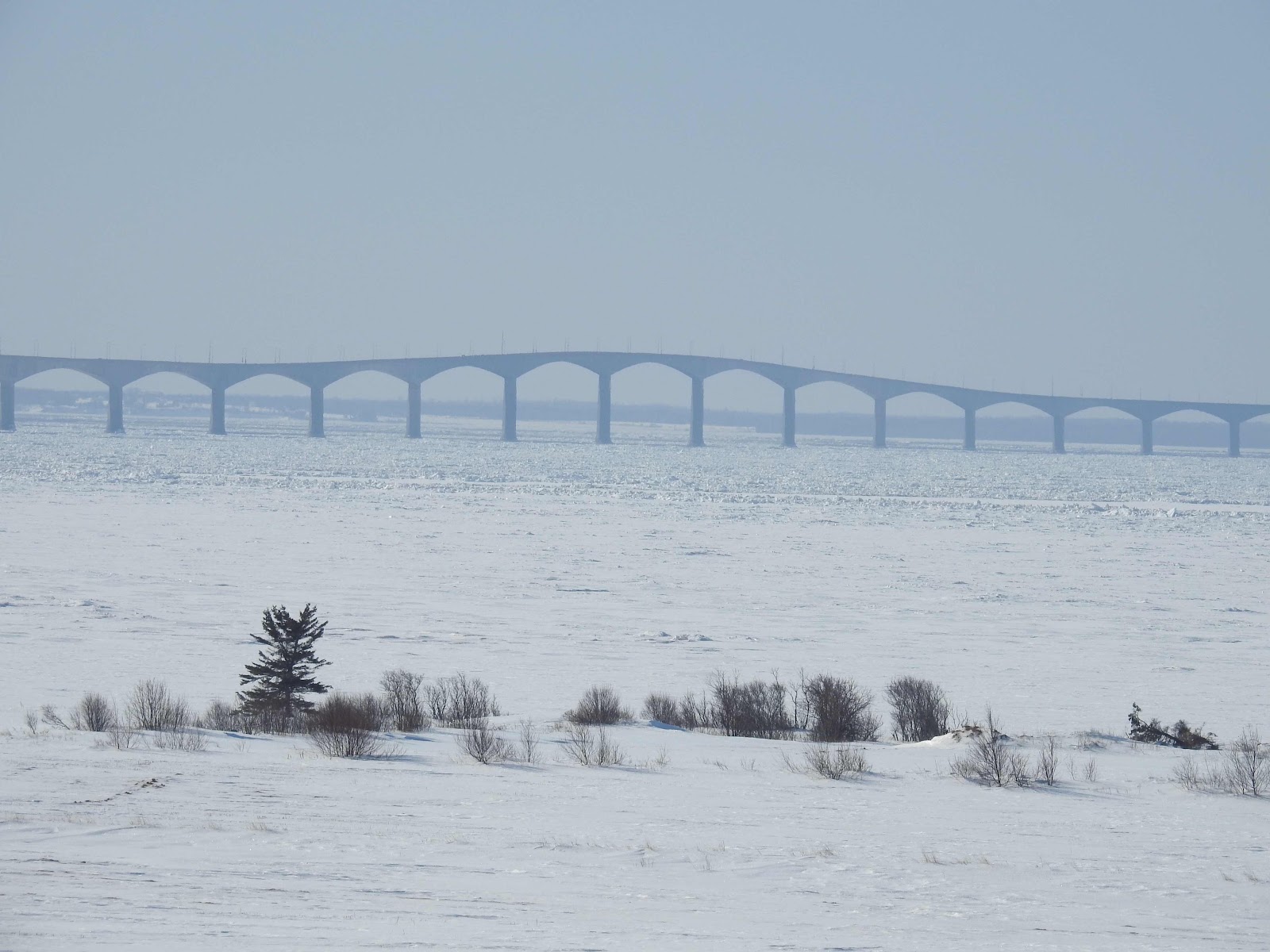 I'm sure the UK would soon be at a standstill in conditions like that. The Met Office is already getting excited about a possible sprinkling of snow here tomorrow - it probably won't happen.

these are really beautiful images, the bridge is an especially attractive subject!! i guess anyone who lives in this area knows what they are getting in to. i love snow and i enjoy being outdoors. your temperatures are too cold for me!!

Pretty views of the bridge, the first two photos are my favorites.
We still are not having much of a winter here, 2 snowfalls since November. We have had a lot more in the past. Have a great day!

Love the grace of that bridge. I have grown very fond of PEI through your wonderful posts.

The bridge looks beautiful in the winter landscape.

Gosh the bridge is an amazing piece of architecture Marie, looks incredible in this weather but I have a feeling it looks fantabulous in any kind of weather 💙

The bridge is quite graceful.

That's a magnificent bridge. I'd read about it but your pictures widened my view. You live in a fascinating place.

This is so beautiful. Alien beauty to me, but very, very beautiful just the same.

Your words about complaining made me stop and think. It is so easy to complain about the place we live in (I'm grizzling about our heat at the moment), yet really we should appreciate the different things that make our home-lands unique. I am glad you are finding the beauty in your winter. Mxx

Beautiful pictures of that bridge. I found myself wondering if i would have the courage to drive across it.Hmm! Guess I may never know.

It has a beauty all its own...

Great attitude. Enjoy the weather because you sure can't change it.

PEI is a beautiful island. Wouldn't mind going back for a second visit. As I have said many times, we had a marvelous time there.

The sight of that bridge in the distance is just wonderful. I love bridges.

I love that first shot with all the horizontal lines repeating! It's nice to see photos of the same thing at different times of the year. Thanks for braving what must have been a "refreshing" (hah) temperature at the shore :)

Wow! That is an amazing bridge! So elegant.