My father, Sam, was the youngest surviving child of Ida and Samuel Pretty of St. John's, Newfoundland. He lost his mother by the time he was fourteen and left school shortly after. 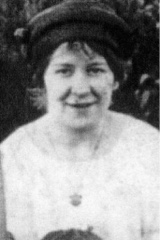 Ida Pretty
The older Sam was an engineer on the railway and was away from home for days at a time. 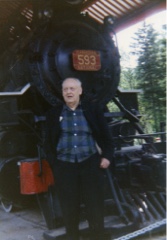 Sam Pretty Sr.
Dad stayed out of trouble because of his love of soccer. Then he met my mother.
The rest is history.
I wrote this poem about Dad for our granddaughters, Sylvie and Caitlin.
Soccer Sam
Some call it football
But all I can say,
Soccer was important
To Sam in his day.
He played in the morning,
Sam played at night.
He'd rather not school,
Now you know that's not right. 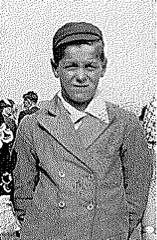 Young Sam
Then he met Mary
O'Brien was her name.
They dated, then married,
But he still played the game. 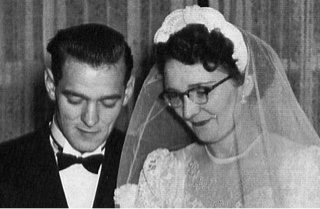 Dad and Mom
He worked at the railway
Unpacking the cars.
But still he played soccer
Even under the stars.
Finally one day
He played with his son.
Now he could retire
His time it was done. 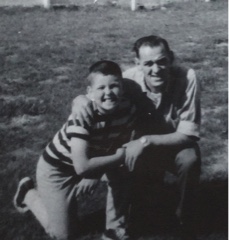 Frank and Dad
So Sam won some trophies
For the game that he loved.
Be it football or soccer
He's still playing above.
Marie Pretty Smith
My father's story shows the importance of sport in a child's life. Dad could have strayed from a good life but he played soccer through all the difficult years of his youth. He stayed out of trouble because he was on the soccer field day and night. He was not idle, bored or involved with the wrong crowd. Dad spent every available minute playing soccer. He was lucky to have such a love of the game, and his family was lucky to have him. 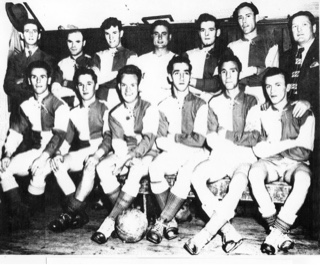 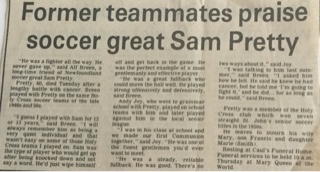 What a nice tribute to your father.

It is important for our children to find something they are passionate about. That will keep them in good stead. I guess that's what I wanted them to learn

What a great post about your dad. I agree, finding something that fills your heart can be a life saver! Wonderful pictures of your family, thanks for letting me have a little peek at your past.

Thank you for visiting.

What a neat way to commemorate someone: in poetry.

It is! Thank you for visiting.