Tamarack or larch trees are known as juniper trees on Prince Edward Island. Juniper is present throughout the island in mixed forests like the one we visited recently in Breadalbane. Juniper is a deciduous cone bearing tree or conifer, losing its needles in the autumn after they turn a golden colour. 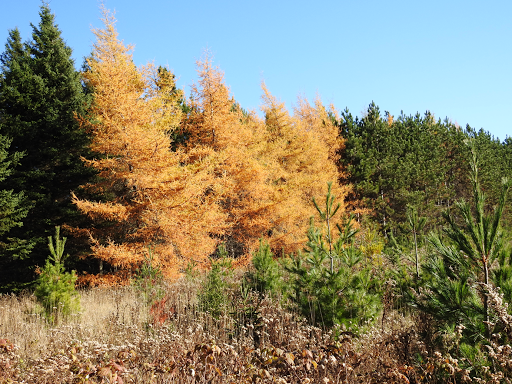 As we walked under some juniper trees, the needles fell on and around us. The ground in those areas was covered in yellow needles. 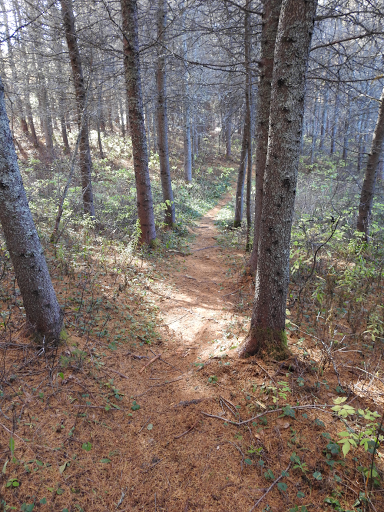 Juniper is the hardest and strongest of the softwoods. It is also resistant to decay and as such is a popular wood for poles, posts and railway ties. There was a time when shipbuilding was big business on the island and juniper was a preferred wood for use in the industry. 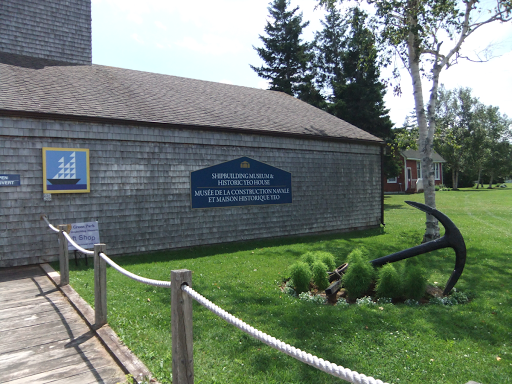 Another interesting feature of the juniper tree is its intolerance to shade. The trees can grow up to sixty feet in height and in a mixed forest, they must be in the over story or they die. In keeping with their intolerance to shade, junipers prune themselves. 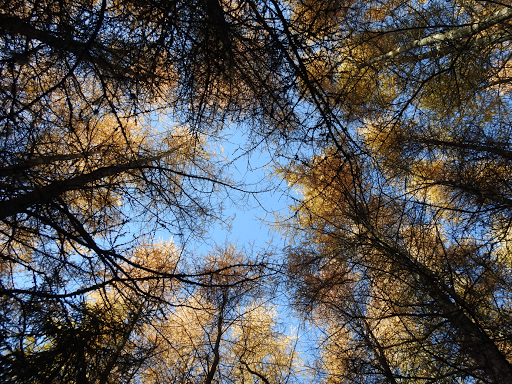 One half to two-thirds of the trunks of the tall trees will have empty branches with the needles only on the top portions.
It is a unique tree and a versatile wood which gives a mixed forest a glorious crown this time of year.
Posted by Marie Smith at 03:52

Neat! I didn't know juniper turns yellow and is intolerant to shade! Andrea

Well, learn something new every day! I never knew that juniper, larch and tamarack trees were one and the same. We call them tamaracks out here in the west.

Very beautiful tree. We have them around here, too. I love all your pictures! :-)

I remember talking to someone who either made canes or knew about making them, and he said they looks for tamaracks because of the straight wood.

Amazing. Our junipers are green year round,.

What a beauty. Trees are such a gift.

It is such a pretty gold colour, Andrea.

I've learned it recently too, Debra.

They are straight enough to be used for poles, AC.

I guess they are a different variety, Mage.

They truly are, EC. The variety in this world is incredible.

I didn't know that about the juniper....
Beautiful trees!

I love shooting up into the trees like that. Excellent job!

There are two young juniper/tamarack/larch trees on the other side of the fence just outside my house. They were covered with golden needles last week, but this week, after a very windy wet day, totally bare!

They really are, Jackie!

They sure can disappear quickly, Shammickite.

That forest trail scene is wonderful. It makes me miss the old trails I used to visit.

It was a great trail, Ratty. You would love t!

Wow. I've never seen a golden tree like that. Very interesting and pretty. Love the picture looking up through the trees. You should make photo books and sell at a local gift shop.

My photos aren't good enough for selling, Barbara. It is just a hobby for me. There is fabulous work done by photographers here. I just dabble and enjoy it. Thank you though!