Two weeks ago, in Malpeque and Darnley Basin on the north shore of Prince Edward Island, lobster traps were everywhere. The season was more than a month away.

The fishing shacks were full of traps. 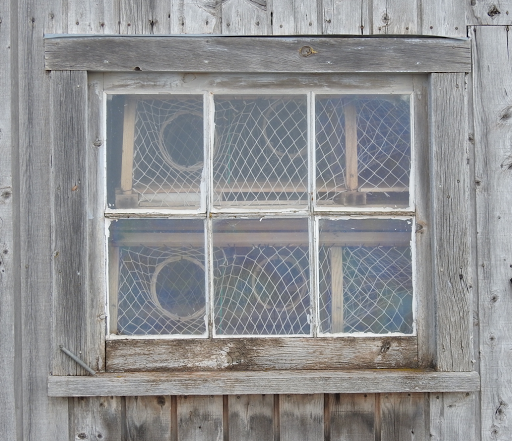 Wharfs were piled high too. 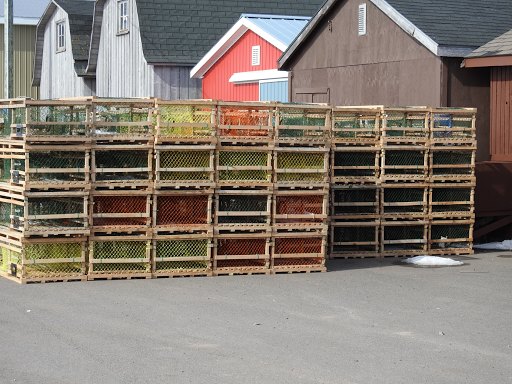 Some traps rested against the shacks. 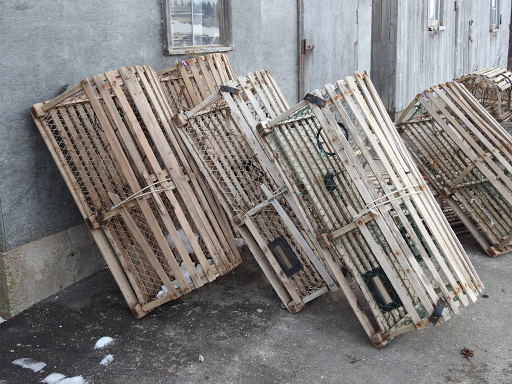 The basin was ice covered. 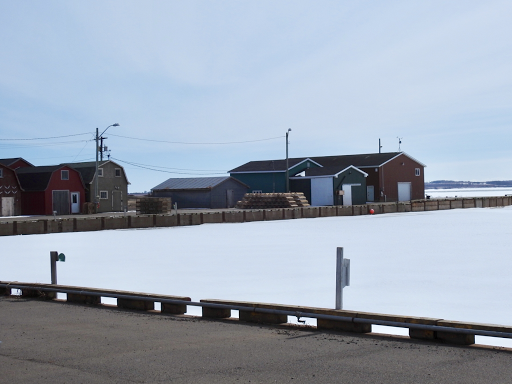 Last week, at Lot 1 on the north west tip of the island, the scene was different, as preparation for the season has ramped up. Several boats, high and dry since last fall, were being pulled to the sea. 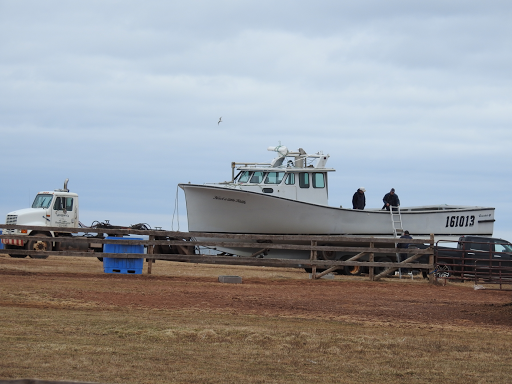 Flat bed trailers loaded with lobster traps were on their way to the wharf. 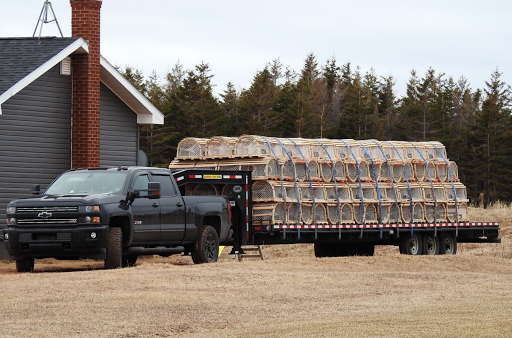 Meanwhile, on the wharf around Seacow Pond Harbour, some traps were ready for the season. 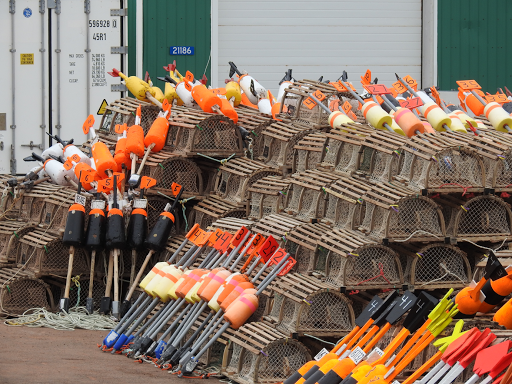 The colours of the buoys, visible from the road, prompted us to stop and take in the scene. 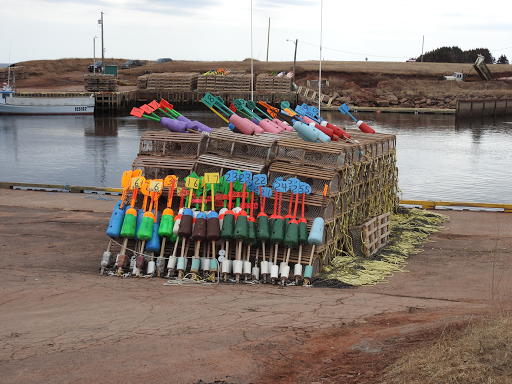 Dredging at the entrance to the harbour will ensure safe passage of the boats for the season. 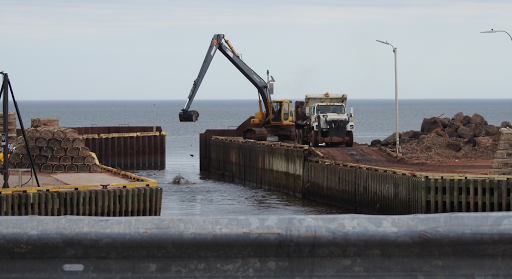 The first boats were back in the water. 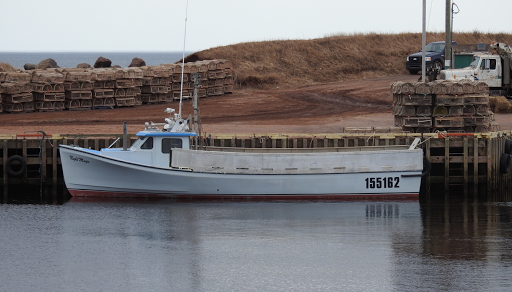 Preparation is well under way now. 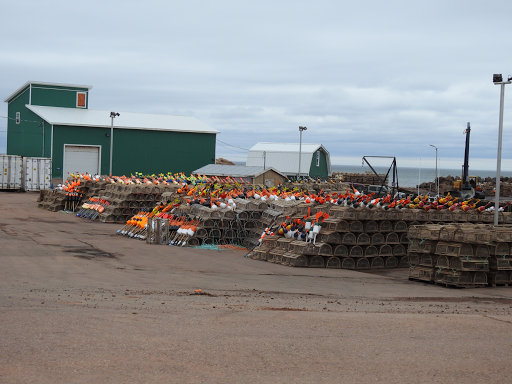 So very interesting to this Georgia girl!!! My husband loves lobster. Thanks for sharing part of your world with me today. Have a very enjoyable morning.

So colourful and picturesque!

Run, lobsters, run! The season of lobster catching is about to begin. :-)

WoW!! what beautiful images and the buoys are so colorful!! lobster is my very most favorite food - i enjoyed seeing this!!

My life prior to grade school was in a small fishing/crabbing village. Your photos bring back the wonderful smells of salt air and the docks. Makes me homesick for the coast. How beautiful. Thanks.

Gosh that's a lot of lobster traps Marie.. it must be quite a sight when they're down with the colourful buoys floating above!

A huge number of traps.
I wish them safe seas and good catches.

The sun works wonders this time of year.

We love lobster too, Mildred. We always have our first meal of the year for Mother's Day.

The buoys are eye catching, that's for sure, Andrea.

We love to visit that area, Devra.

Even our 4 and 6 year old grandchildren love lobsters, Debbie.

That sea smell and lifestyle stay wih you, Celia.

It is incredible how many lobster traps are put out each year, PDP.

Safety first, EC. Catch is important as well as the prices this year.

I can just imagine how life as they know it is completely centered around these lobster traps, Marie. Welcome to spring, indeed!

Awesome photos of the lobster traps. It is a tough life style but a very rewarding one for the people who do this. I use to live in Maine and this was a common sight. Thanks for sharing!

Indeed it is welcome, Shammickite!

Life for many people hear revolves around the sea, Ginnie.

Maine has a similar lifestyle for sure, Bill.

First boats back in the water. Seasons come so much faster for me these days.

How true for me too, HW.

That's a huge number of pots! I had to smile at the picture of the dredging the same thing is happening here at the moment! Sarah x

People who live by the sea share common experiences, don't they, Sarah?

Gosh! I haven't had lobster in forever. Hmmm...

That looks like a very busy and colourful season!