A matter of months

When we visited Cabot Beach this past April, we were shocked to see the destruction of the sand dunes over the previous winter. 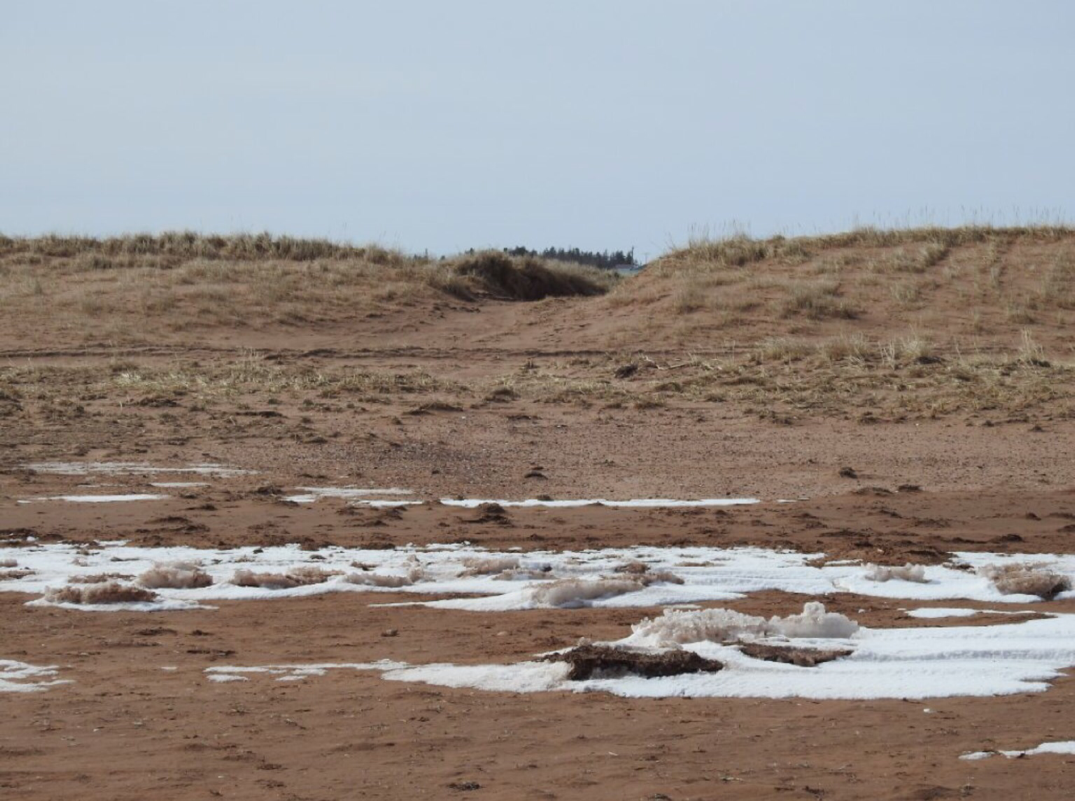 We planned to visit again in August to see if the dunes recovered. 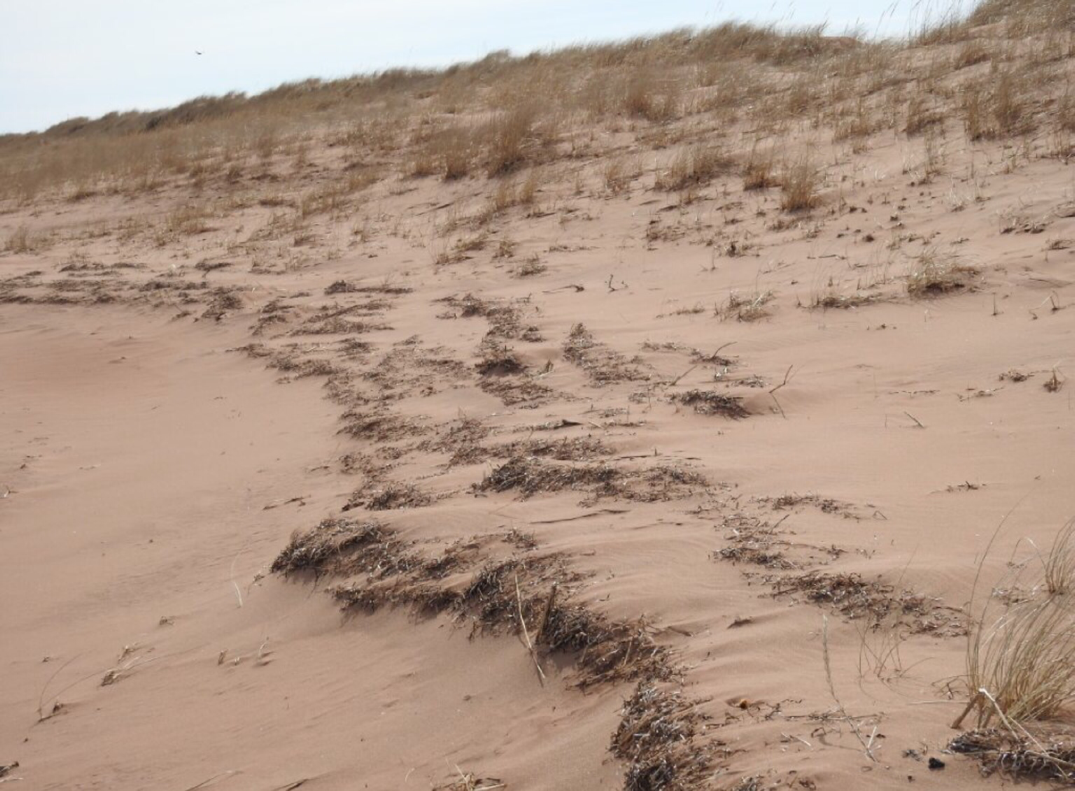 Four months later, the dunes appear to be doing well. The Marram grass has grown again, and there is no discernible path over the dunes this year. People are giving the grass an opportunity to establish. 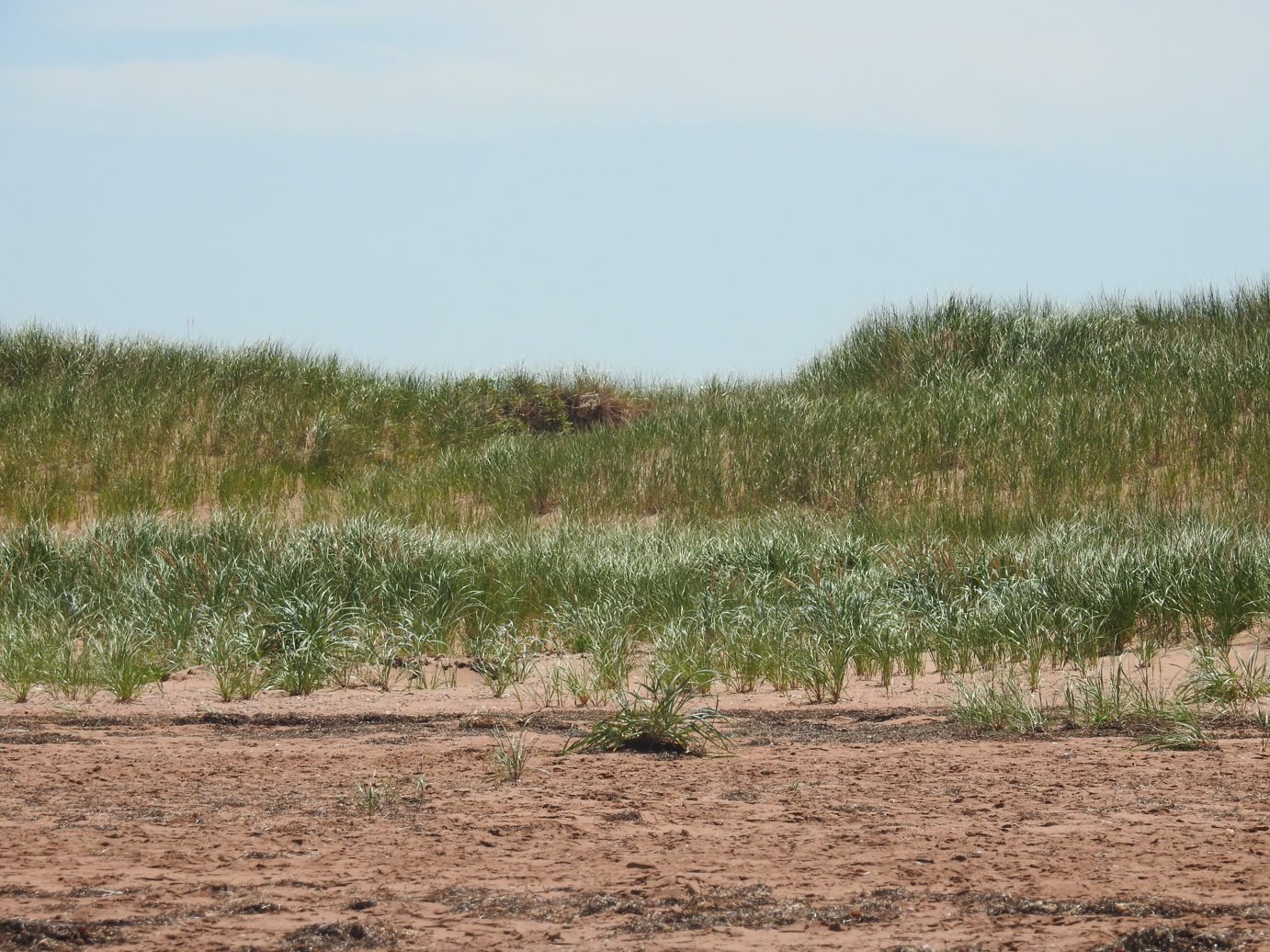 Three months ago, my husband and I were on this beach for setting day, at the start of the spring fishery. The early morning fog was lifting as the boats passed the shore on their way to set their traps. The pillar buoy, just off shore, looked eerily suspended above the fog. 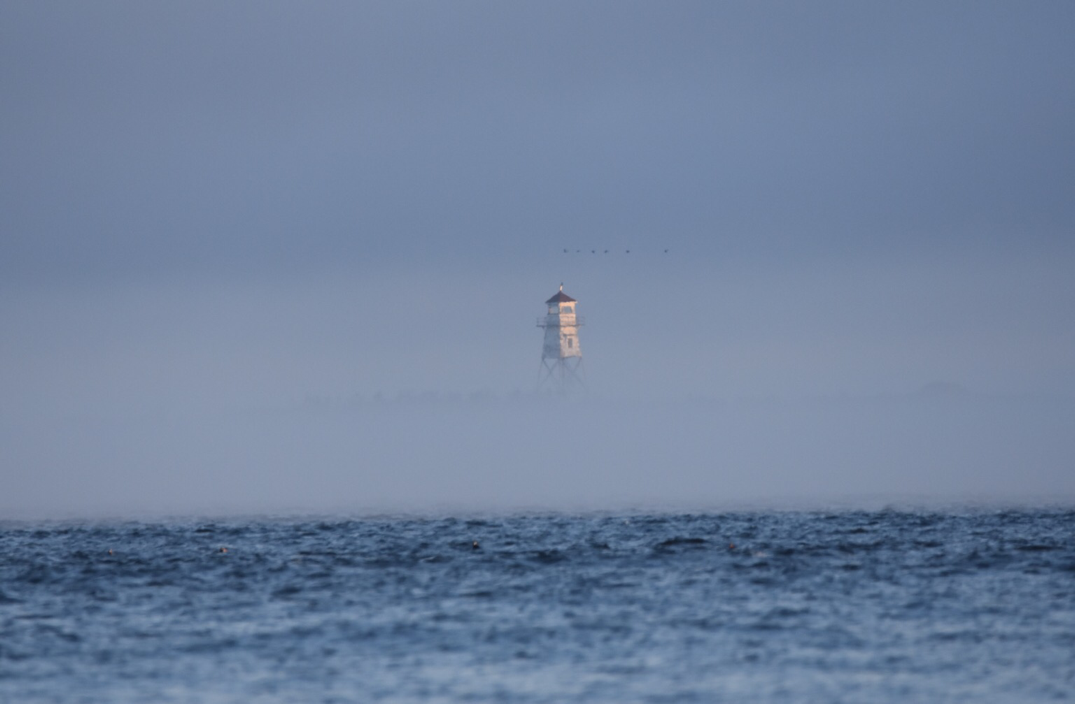 On this August day, that same buoy sturdily stands vigil over the narrow channel through the sand bars which parallel the beach.

On setting day, lobster boats were motoring through the channel as family and friends watched from shore. 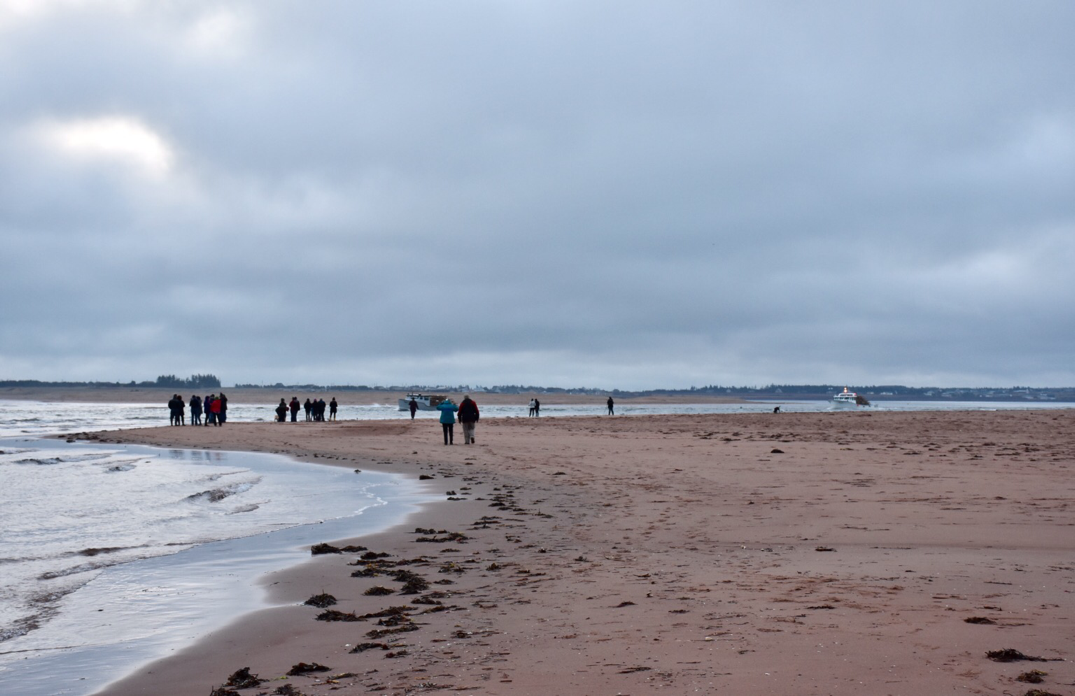 This August day, mussel fishing boats are returning to port with their day’s harvest, while beach goers watch nearby. On setting day, one dog accompanied his family to the beach. 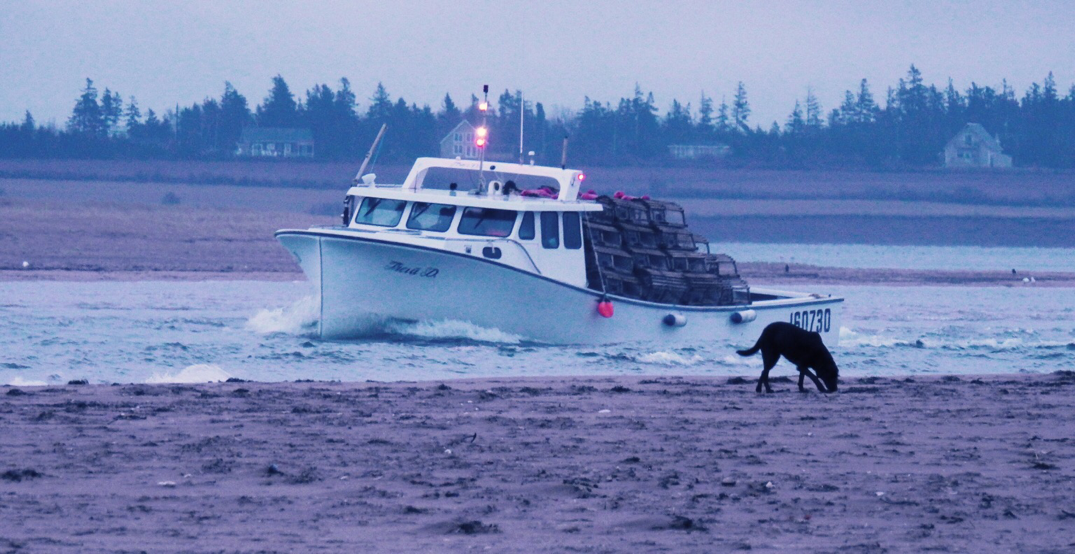 During our August visit, we understand the meaning of the dog days of summer. Glad to see the dunes have recovered well. And I love that last "dog days" of summer picture. Cute! :-)

How different it all is, a season later.

Surprising that dogs are allowed on the beach during the summer. I hope the owners have plenty of "doggy bags" in their pockets!

I like your whimsical ending about the dog days of summer.

I'm taking a mini-vacation from my office chair this morning. Enjoyed thoroughly.

Glad the dunes are looking good. The dogs look like they're enjoying the beach walk.

The dunes are doing well, Jan.

It is barely recognizable, Joanne.

The dogs must be kept on lead, Shammi. I hope they pick up after them. We do.

They made a cute parade, AC. I missed the perfect photo by a second.

Glad you enjoyed it, Linda.

They were a once in a lifetime photo, Judith.

Those pooches were priceless, Bill.

Wonderful that you went back to check and the photos are amazing. Greetings.

Lovely to see a positive change in the dunes. The floating buoy is a mystical photo, and a great capture.
And smiling at the dog days...

It was a different beach this time, B.

The floating buoy is one of my favourite photos, EC.i

I liked all the pictures, mainly the one of the "floating" buoy.

I remember dunes like those; I remember digging clams with my own hands and ruining my nails in the process! : )) We had enough clams for 3 days!!! And buying cooked lobsters for $5 each. This was about 20+ years ago.
We had a great, great time in PEI!

Storms certainly wreak havoic on the dunes, we have the same problem here in New Jersey, it is illegal to walk on or over the dunes. It was nice to see the difference and positive change in the landscape!

I enjoy the presence of fog in a picture, especially here!!

Great pictures of all of these watery and sandy things. That last picture of the little dogs was happily amusing.

We have never dug clams! We see people do it but have never partaken. Lobster are four times that price now, Catarina!

Fog is not common but interesting, Debbie.

So good to see the dunes recovering like this Marie, it must have been a harsh winter. Isn't it interesting to take time interval photos, the changes can be so dramatic. Love the pillar buoy in the mist it's one of my fav photos. The doggies in their jackets.. adorable 😀

I love the pillar buoy in the fog too, PDP

That so good to see how nature recovers so quickly! Sarah x

Beautiful beach pictures. Dogs always seem so happy to be on the beach.

It is great, Sarah!

Our grand-dog loves the beach, Danielle.