A walk along the river

The Strathgartney trail from the Bonshaw Provincial Park in Prince Edward Island  goes under the Trans Canada Highway and follows the West River to the Northumberland Strait. 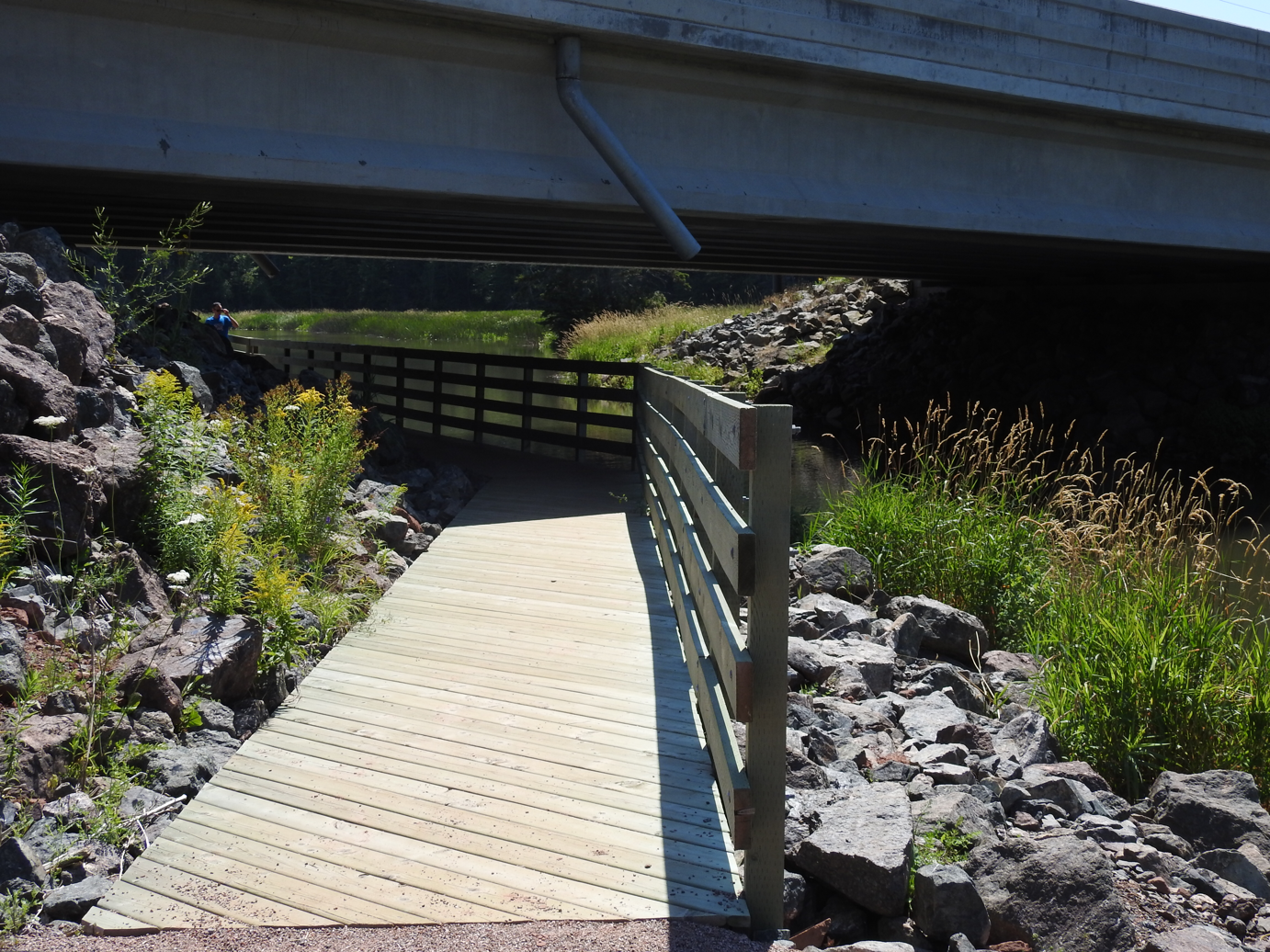 This area is popular for water sports such as paddle boarding, kayaking and canoeing. 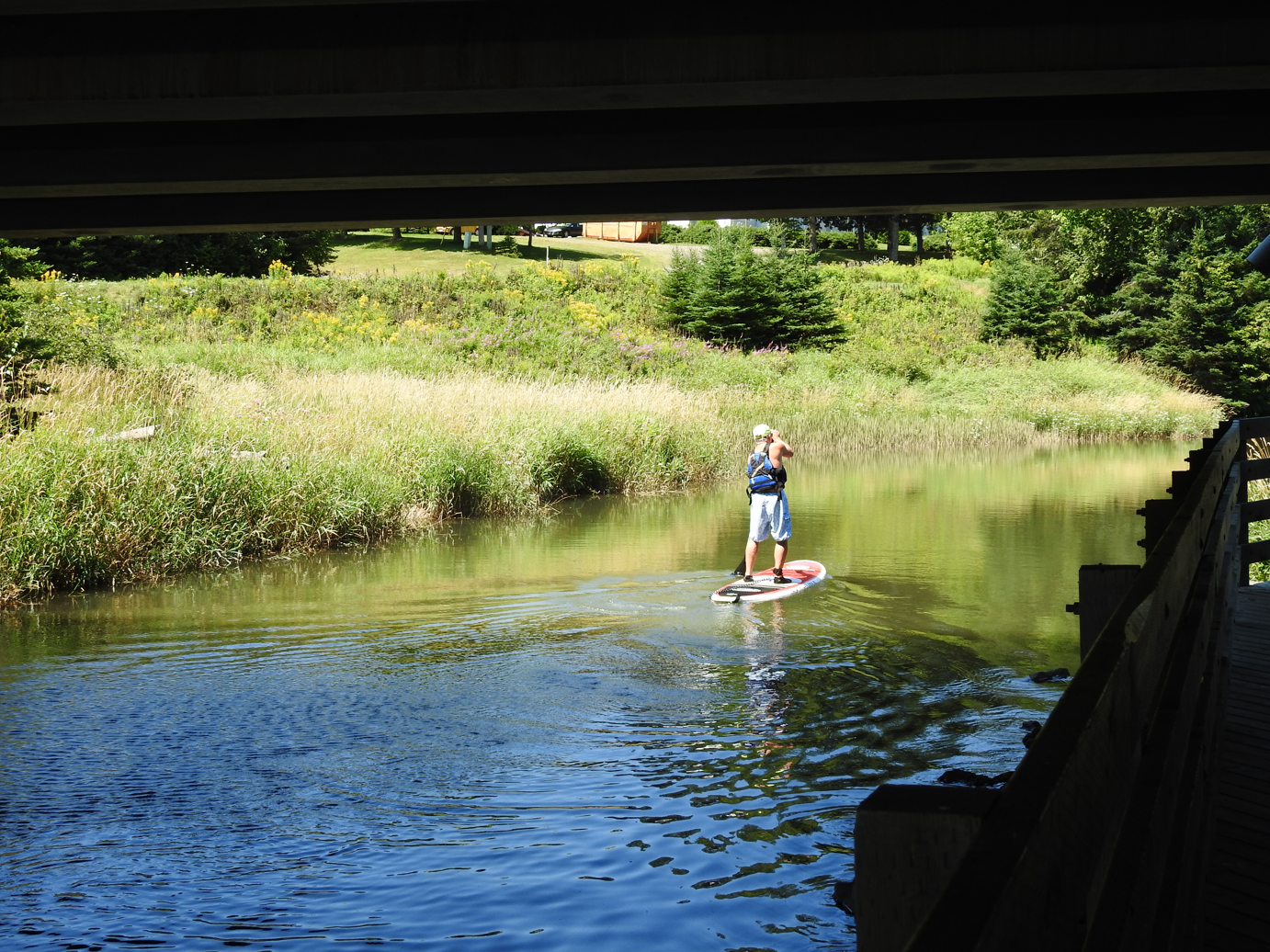 My husband and I walked the first part of the trail, which goes along at river level initially. 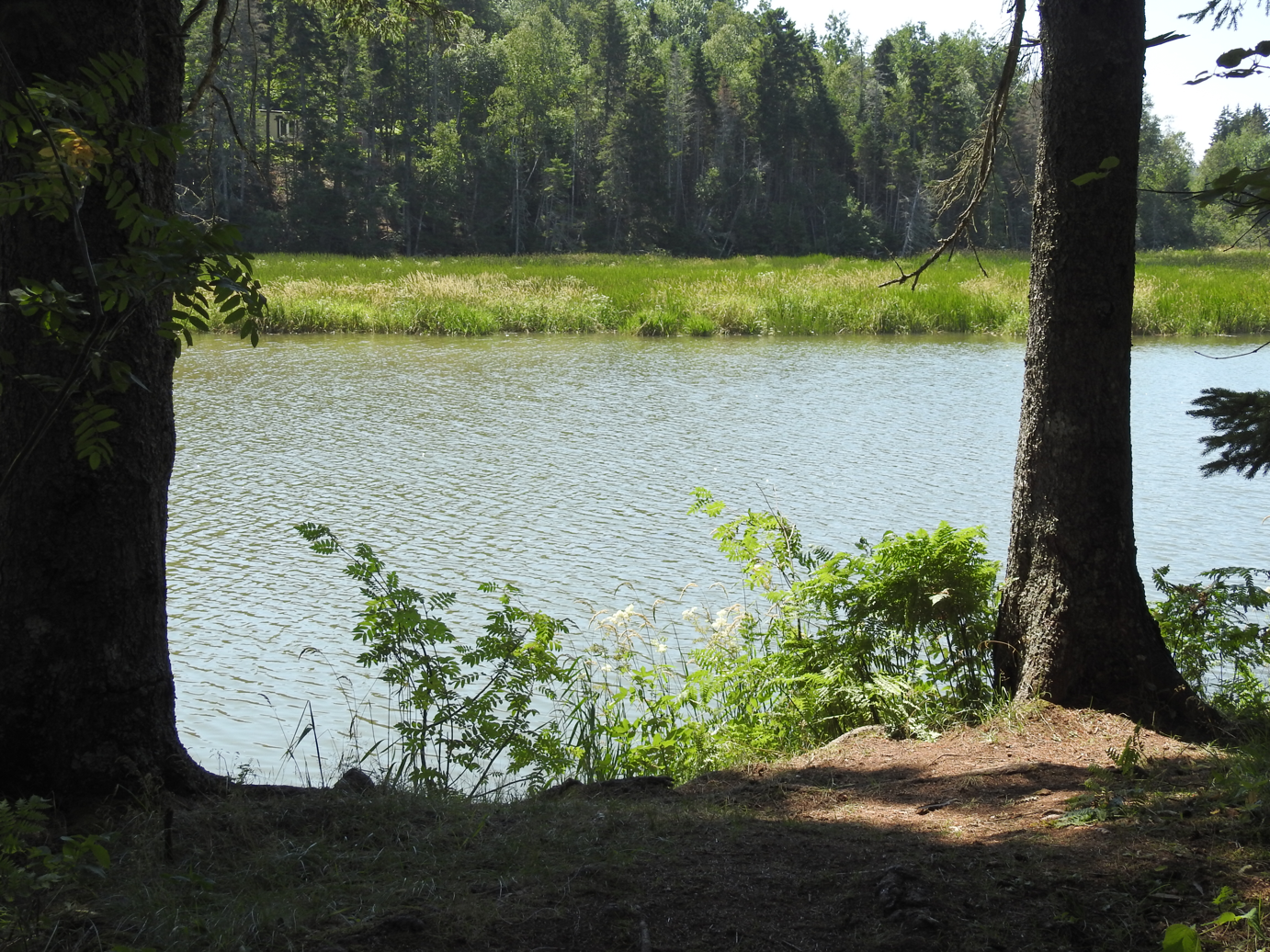 This forest had less undergrowth than the Parkside Trail due to the density of the trees, but there were interesting things to see.

Yellow bellied sapsuckers had a good time on this trunk. The shelf fungus was enjoying the tree stump! A riding park in Strathgartney has trails and a jumping circuit parallel to the hiking trail. 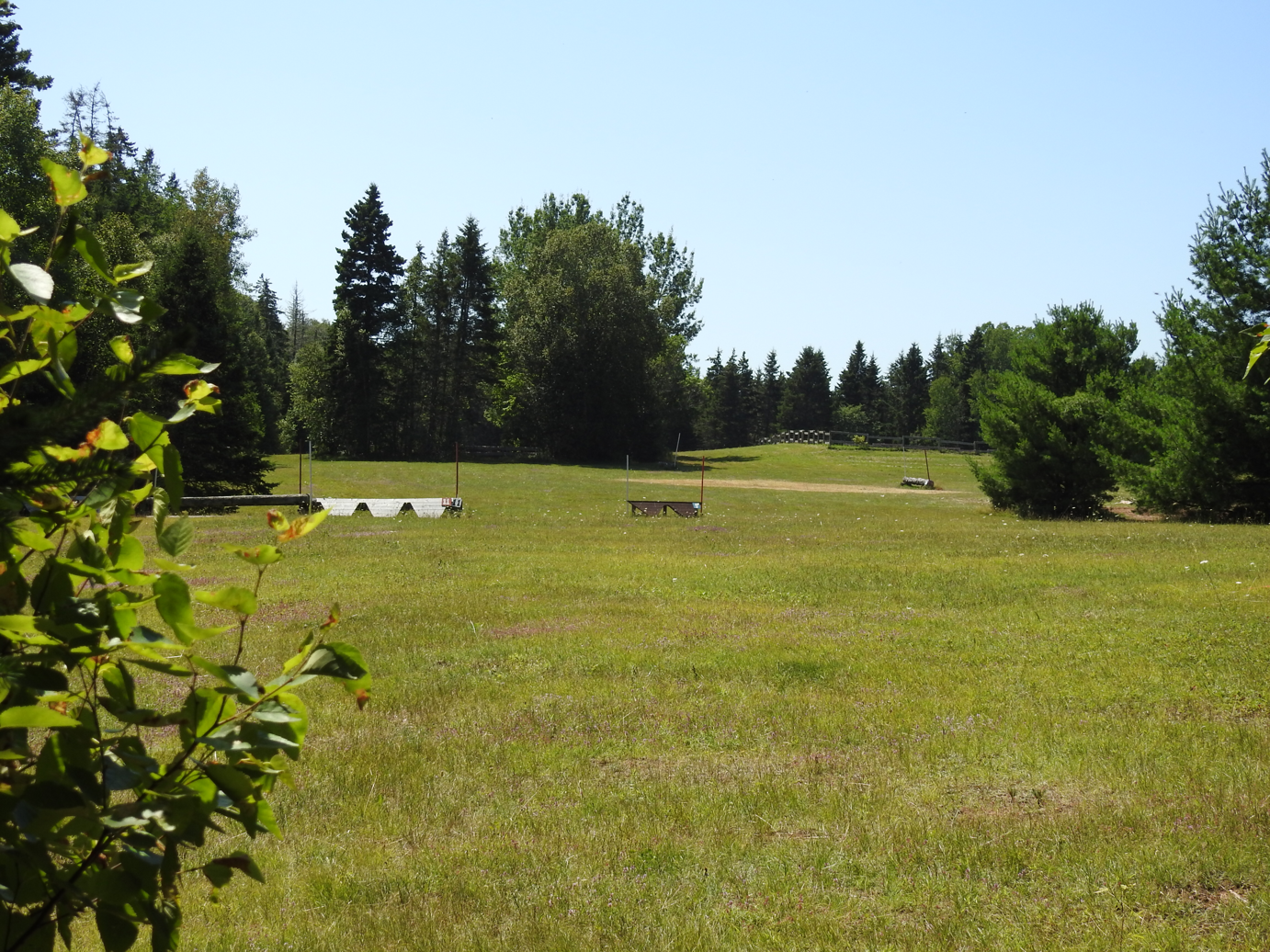 One tree trunk in particular caught our attention. What caused this unusual growth? There were numerous holes in the earth for creatures to inhabit. One old trunk was split down its length and showed the rot which takes it back to the earth. 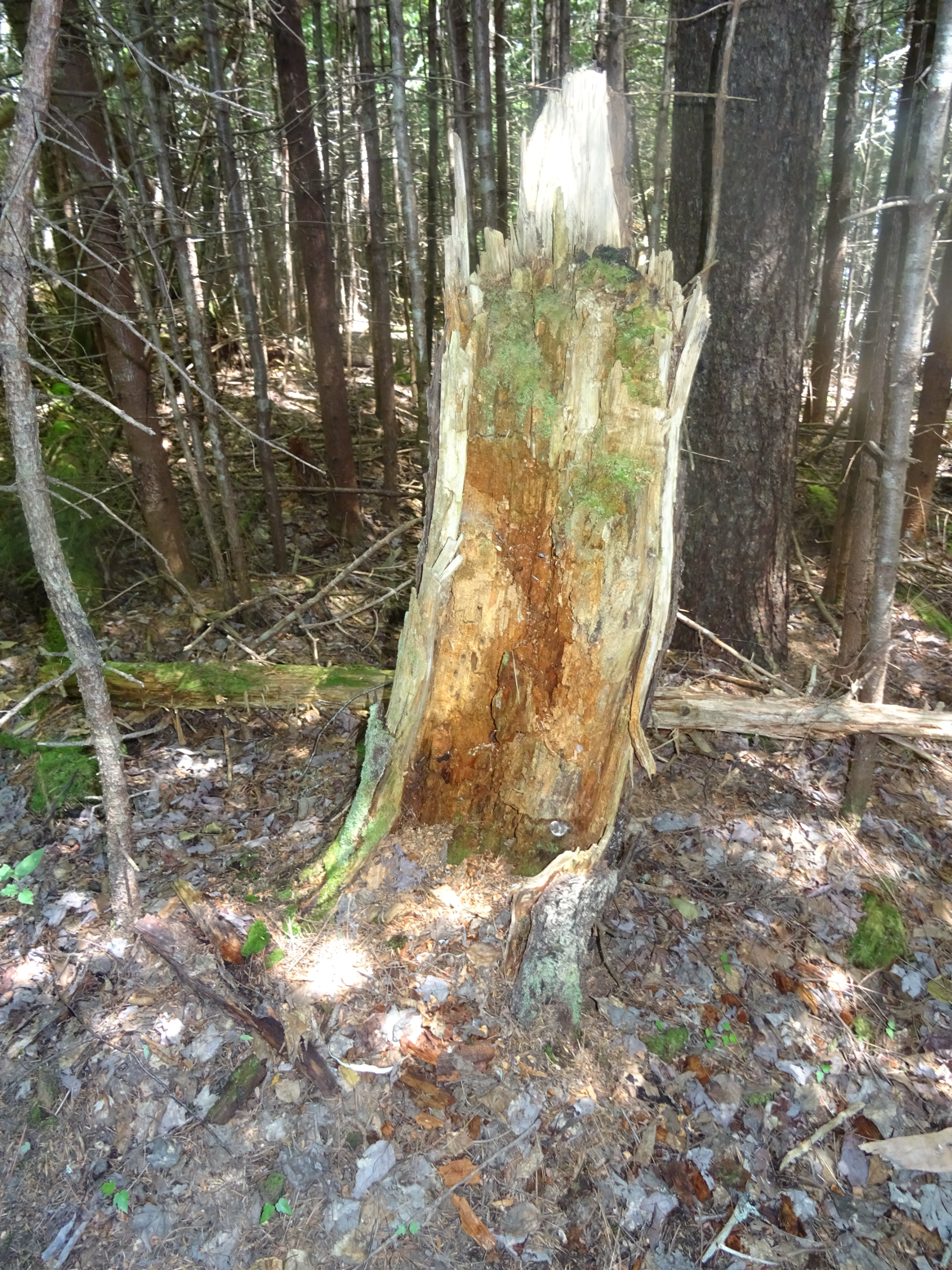 Many tree trunks appeared to split at ground level into multiple trees. In the photo below, the trunk appeared to grow along the ground to the right, and another tree grew upward, seen here in the shade. 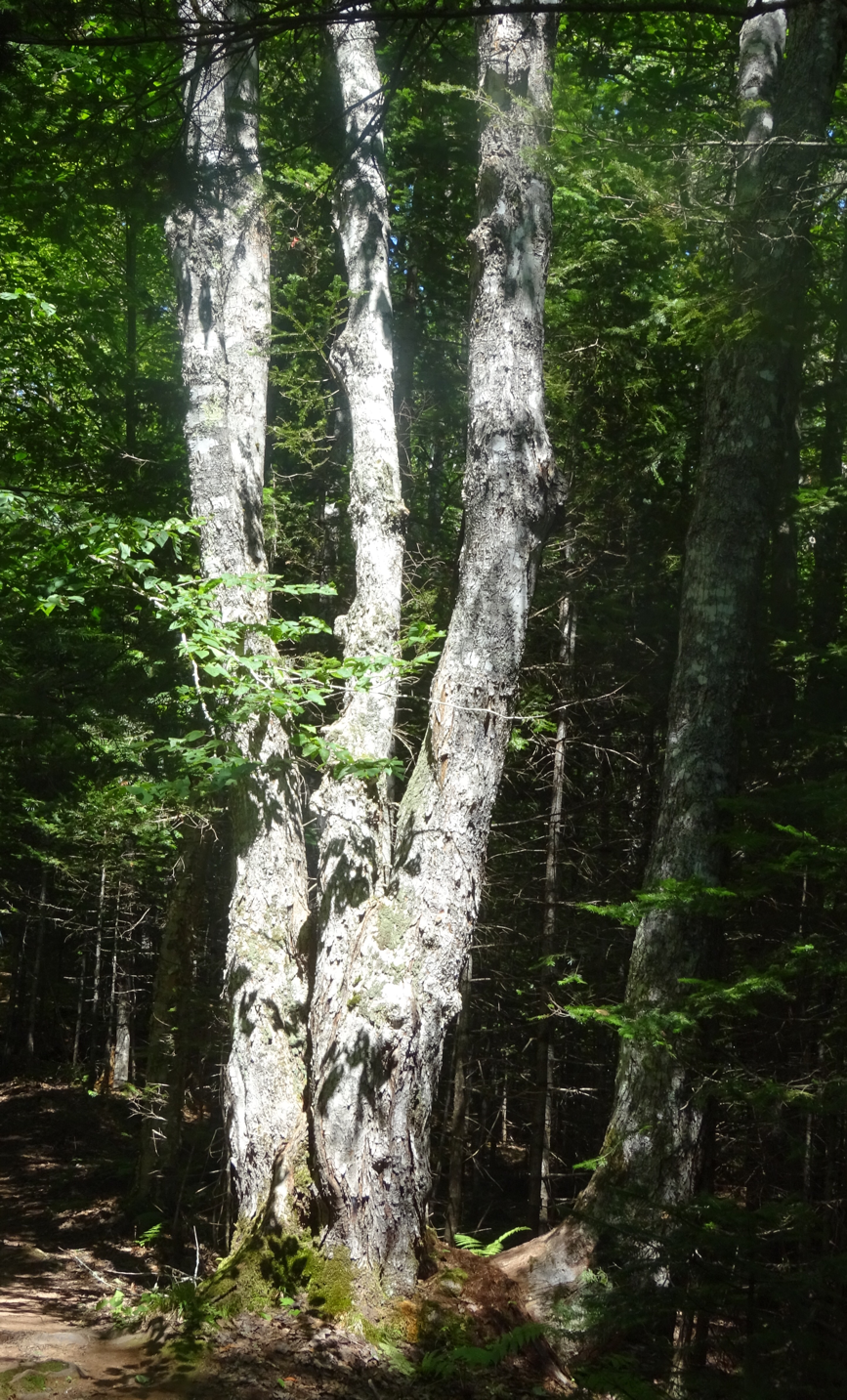 We had already walked another trail so we turned back when this trail divided. To misquote Yogi Berra, When you come to a fork in the road, don’t take it.

Wonderful photos of the wild, always great to get lost in nature. Nice of you to share.

What a fine place you live, Marie. Thank you so much for sharing this walk with me. I enjoyed it very much. :-)

Your lovely pictures of your ramble are reminding me that I haven't been to the local forest for walkies with TessaDog for a while, but I won't be going there today, it's going to be a hot day. And I have to watch out for the solar eclipse!

What an absolutely glorious walk. I suspect I would take it often - and always find new things to marvel at.
Thank you.

Nature has so many beautiful spots and this is one of them.

What a marvelous walk that was!
Fabulous!
; )

It looks like a good relaxing place to walk. I always look for places just like that.

The wild is a great place to lose oneself, B.

It's been hot here the last few days too, Shammi.

I find there is always something new to see, EC. Autumn on these trails will be beautiful!

It is indeed, Bill.

It was indeed, Catarina!

It was good for the soul, Ratty.

You notice a lot on your little forays.

It was great to be walking parallel to the river, PDP.

There is so much to see on every trail, AC.

You find a lot of interesting places to walk, and you're very observant!

My husband and I always point things out to one another, FG. It not just me looking around.