Early morning along the boardwalk

The golden grand-dog is visiting again this summer and midday heat has necessitated early morning walks. Georgie loves the boardwalk with its smells known only to canines. She eagerly sniffs her way along as my husband and I take photos. This location works well for all of us. One morning, as Georgie sniffed around, we encountered a number of animals, though not those we normally see, such as chipmunks, squirrels and blue jays. This day, there were goldfinches among the thistles, singing their hearts out. In the stream, a muskrat was busy collecting grass to bring to its push-up or nest. While I did manage a photo, it is less that ideal. On the boardwalk itself, this red-legged grasshopper posed as we walked by. These creatures can cause a great deal of damage to crops this time of year. We hear them in the field near our home every day now. 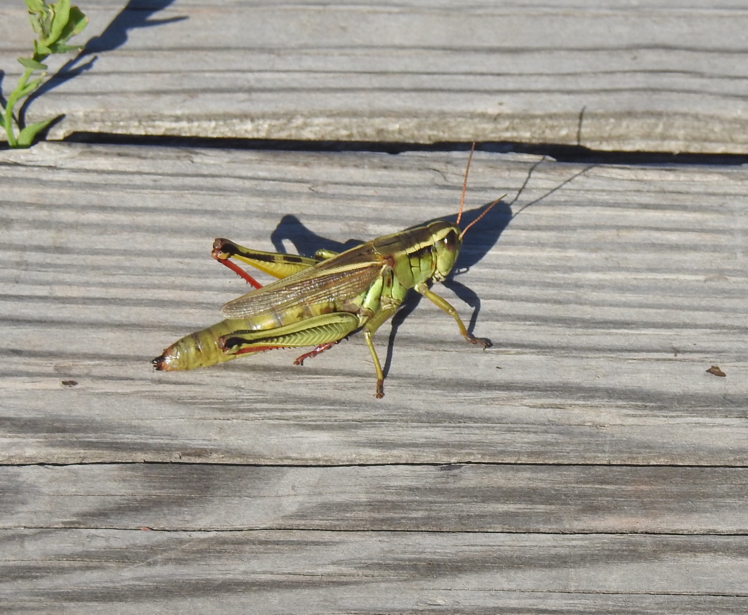 Bonaparte’s gulls, an unusual sight, floated in the harbour. The flock of small, black headed gulls, was just off-shore. Like so many birds, the closer I went, the farther away they moved. 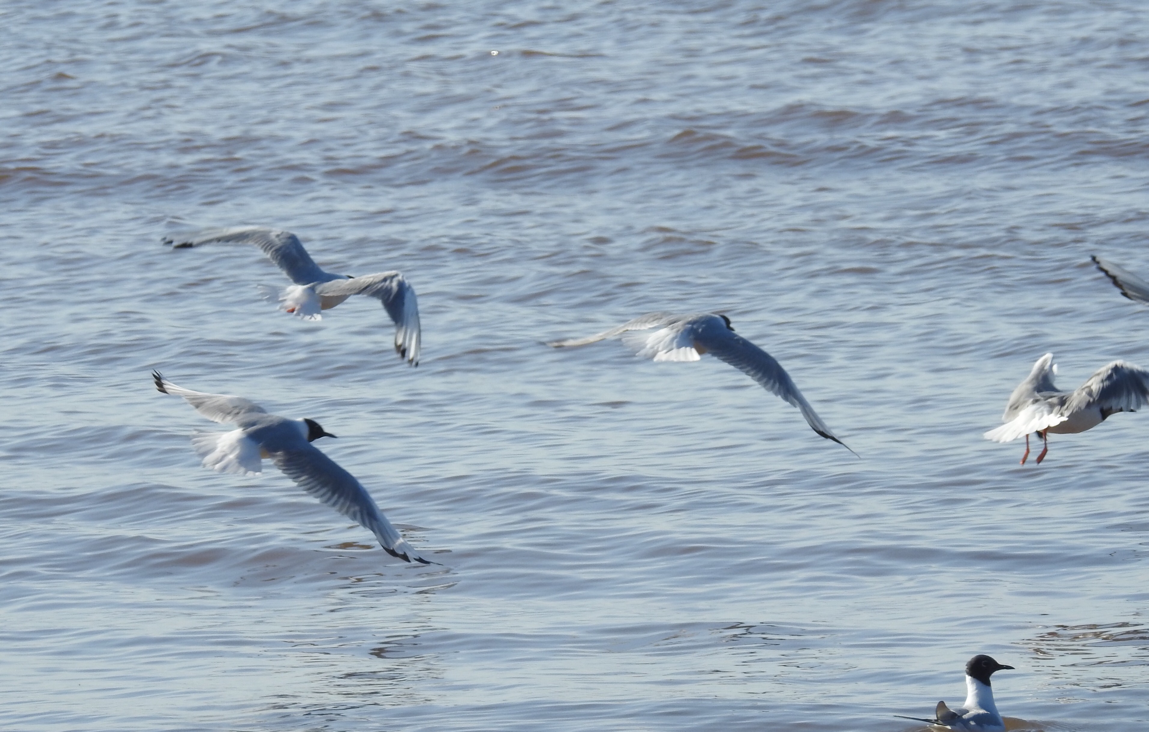 Starlings are common around the city but I have not seen them along the boardwalk until recently. They perched in the trees, as if to have a look at these unusual gull visitors. 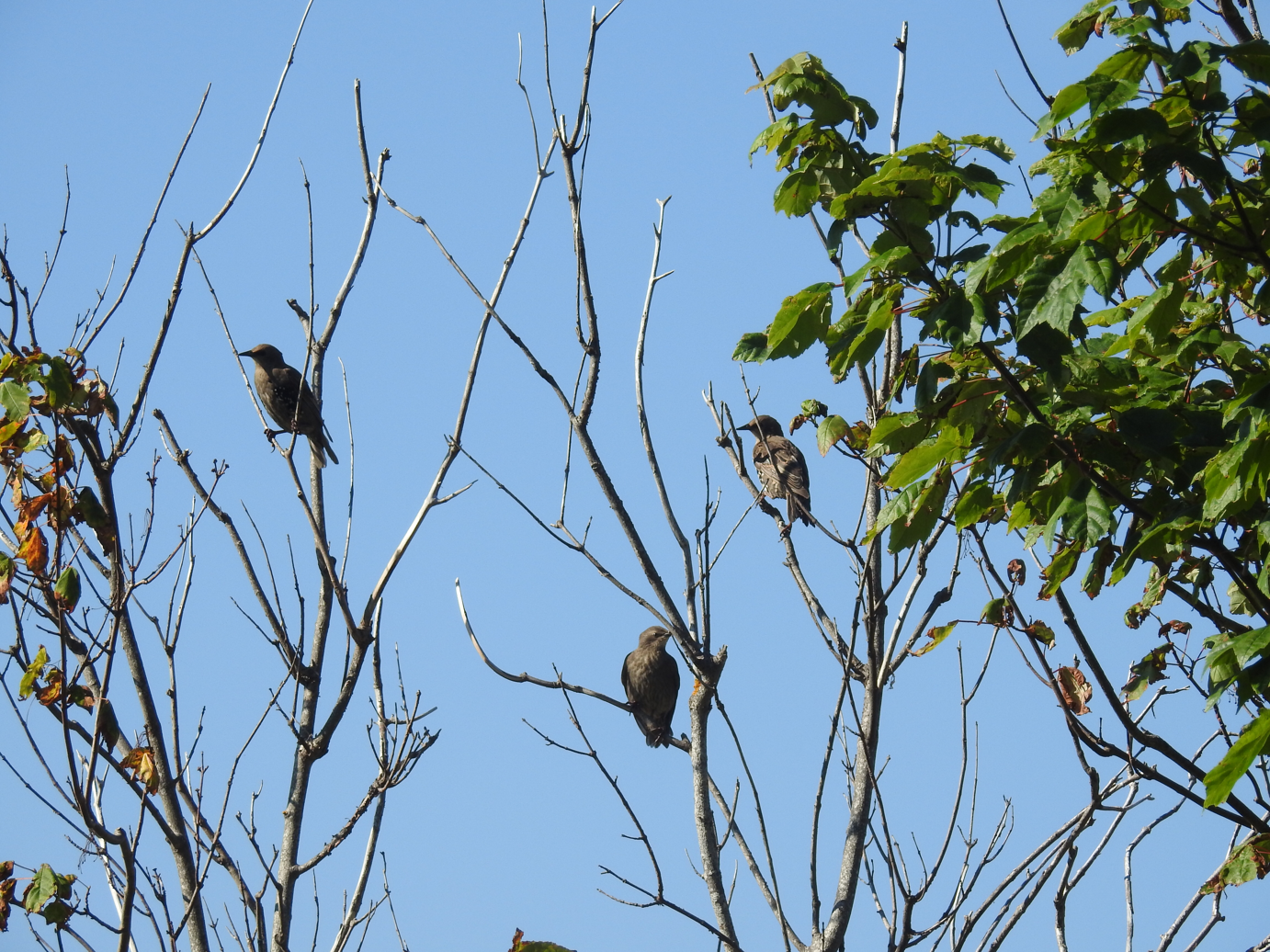 Osprey, in a platform nest near the boardwalk, were busy. The parents watched as two fledglings tentatively tried out their wings. One of the birds stood atop the nest,  the northerly wind ruffling her feathers. We called her Einstein. 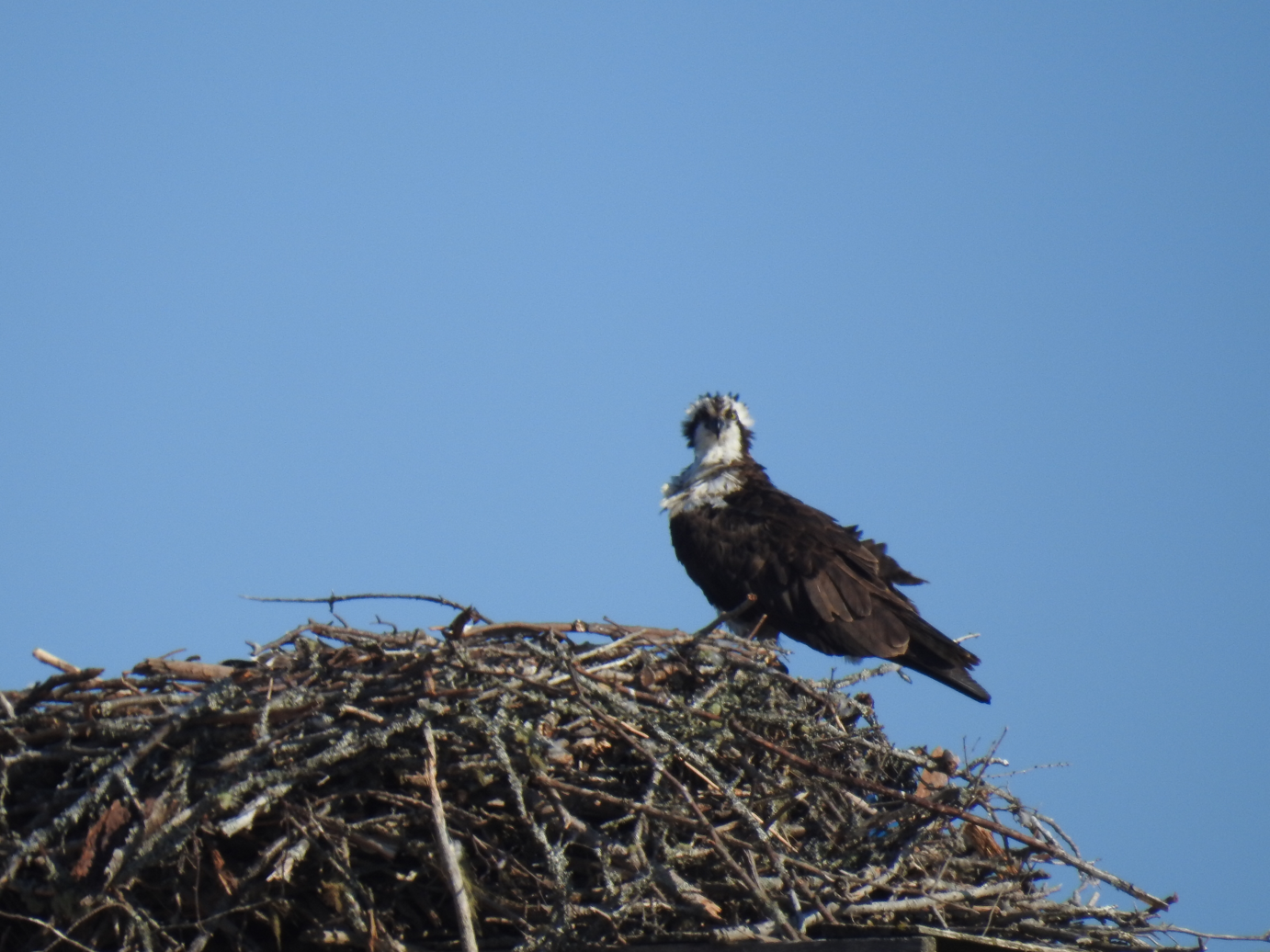 My favourite photo from this walk was of a Greater Yellowlegs in the stream where it empties into the harbour. Five of the birds hunted for breakfast in the shallow water. 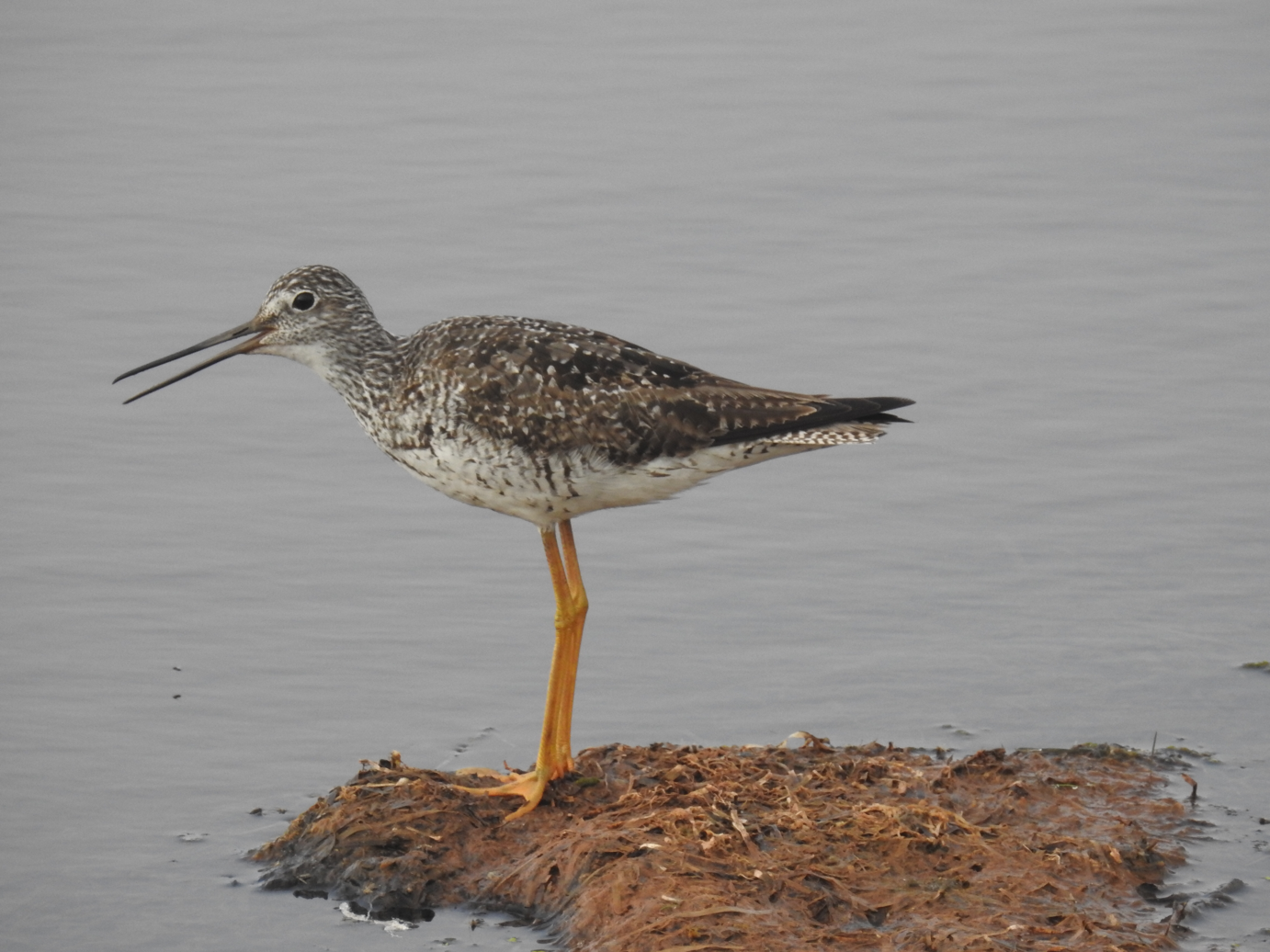 The boardwalk is always an interesting place!

Fascinating creatures, starting with the first one, tongue lolling. And yes, Marie, that last picture of the goldenlegs is fabulous! Thank you so much for sharing these. :-)

Fabulous pictures. A lovely stroll for all three of you.

Lots of great animals. Dogs are always my favorite.

Georgie is gorgeous Marie, I bet she loves coming to stay with you! You find so many fab things along the way, it's always a treat to see ☺

What a beautiful day to be out, thanks for sharing the lovely photos!

The boardwalk is a fascinating place. Pee-mail for Georgie, and natural wonders for you all. I suspect I would be doing that walk often. And often. Thank you for taking us along.

The boardwalk is probably Georgie's favorite place to walk. She has to catch up on all the smells and of course the pee-mail (as EC mentioned) needs to be read and responded to. A great walk and some wonderful photos, thank you.

To us too. Thank you.

The heat has kept me inside so much I feel like a hermit. Since I don't get up early I have to wait until sun down to run my errands. Thank goodness the library has late hours twice a week or I'd be up a creek.

The first animal is my favourite, Jan.

It is a great place to walk, Linda.

These are hundreds of dogs along that boardwalk every day, Ratty.

I love that place and Georgie, PDP.

It was lovely, B.

It is good for the spirit to walk here, EC. Love the pee-mail term!

Georgie does her share of pee-mail for sure, Bill.

You are welcome, Mage.

Barbara, I don't know how I would deal with the heat you experience.

I would love to walk along that boardwalk! Gorgeous pictures.
;)

Haven't been to your blog in some time. Sorry I have missed so many of your beautiful photos.
It looks like you live in paradise.
We have a " Granddogger" too. She is a Labradoodle, named Snicker as in Snickerdoodle.

It is a wonderful place to walk, Catarina.

Georgie is thrilled with that area, AC. The yellowlegs is a beauty, isn't she?

This is amgreat place to live, PW.

Snicker is a great dog's name!

Slightly different weather for your walk than mine Marie 😊
Another one here that 'loves' that yellowlegs bird. What a very apt name lol

There is a lesser yellowlegs too, Cathy., different by the size of their beaks.