Sunset on the beach

We arrived a half hour before sunset. The western sky had some clouds but my husband and I settled in anyway. We were the only people on the beach and though it wasn’t cold, it was cool enough for jackets. The lighthouse at New London was dark compared to the western sky. A boat came into the channel headed home for the night. Others were on the move too, as overhead, jets carried passengers to parts unknown. 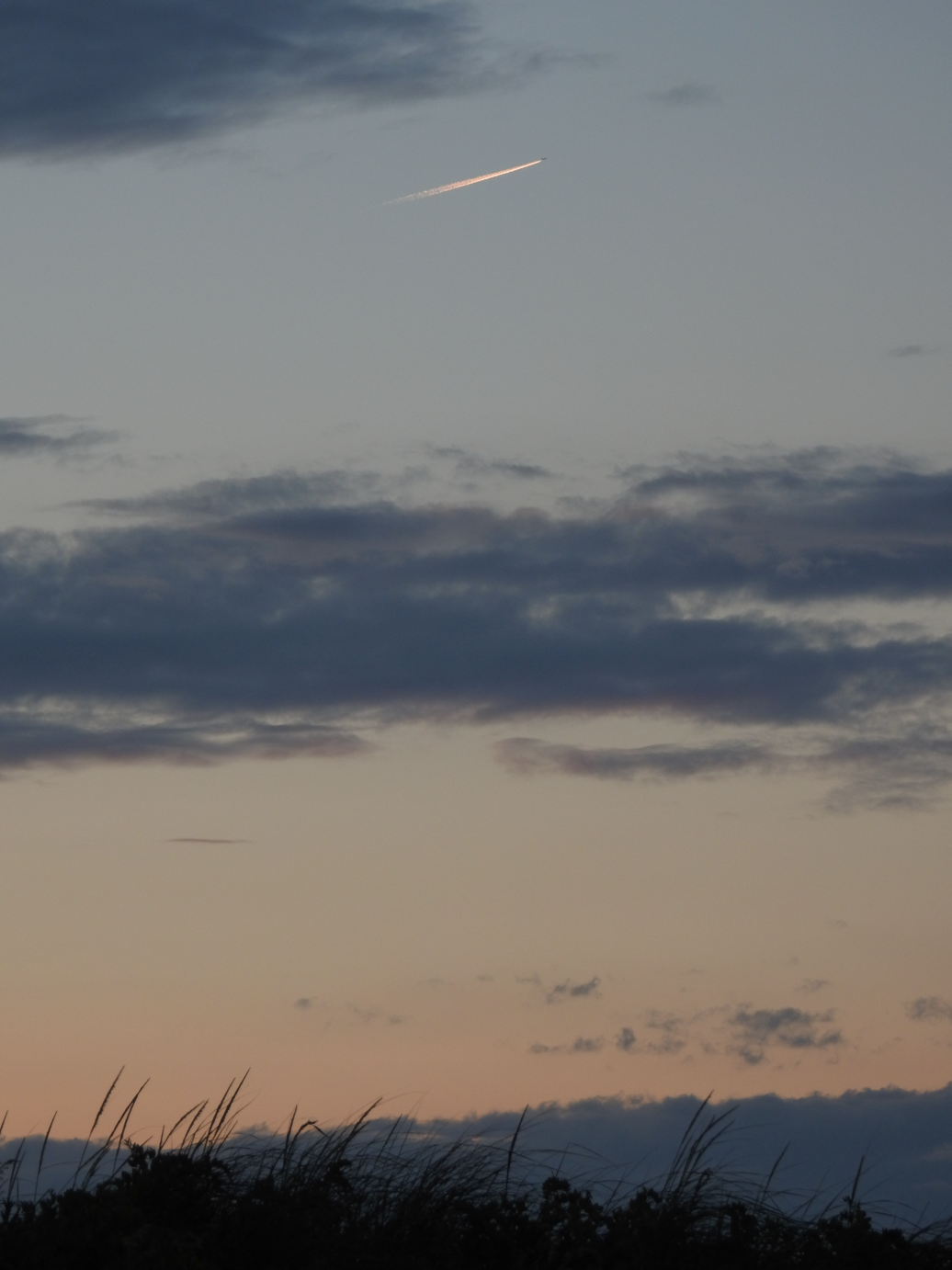 As the boat moved farther up the channel, the mechanical sounds left room for the  waves and the birds. A sand bar on the opposite side of the channel was filling up with its tenants, hundreds of gulls.

As the sun set, light flashed in the old tower as the sky behind it changed with the cloud cover. Within minutes, another boat was visible in the distance and before long, it was in the channel. As the darkness deepened, the details of the lighthouse began to disappear. The light became the beacon and in the deepening darkness, glowed. Meanwhile far in the distance, lights of another boat were visible. The rhythm of the waves was the same as in the days when the light was the only hope for mariners needing safe passage along the coast.

Darkness on the beach was complete, the birds quiet, the waves constant, their sound comforting in the still and dark. 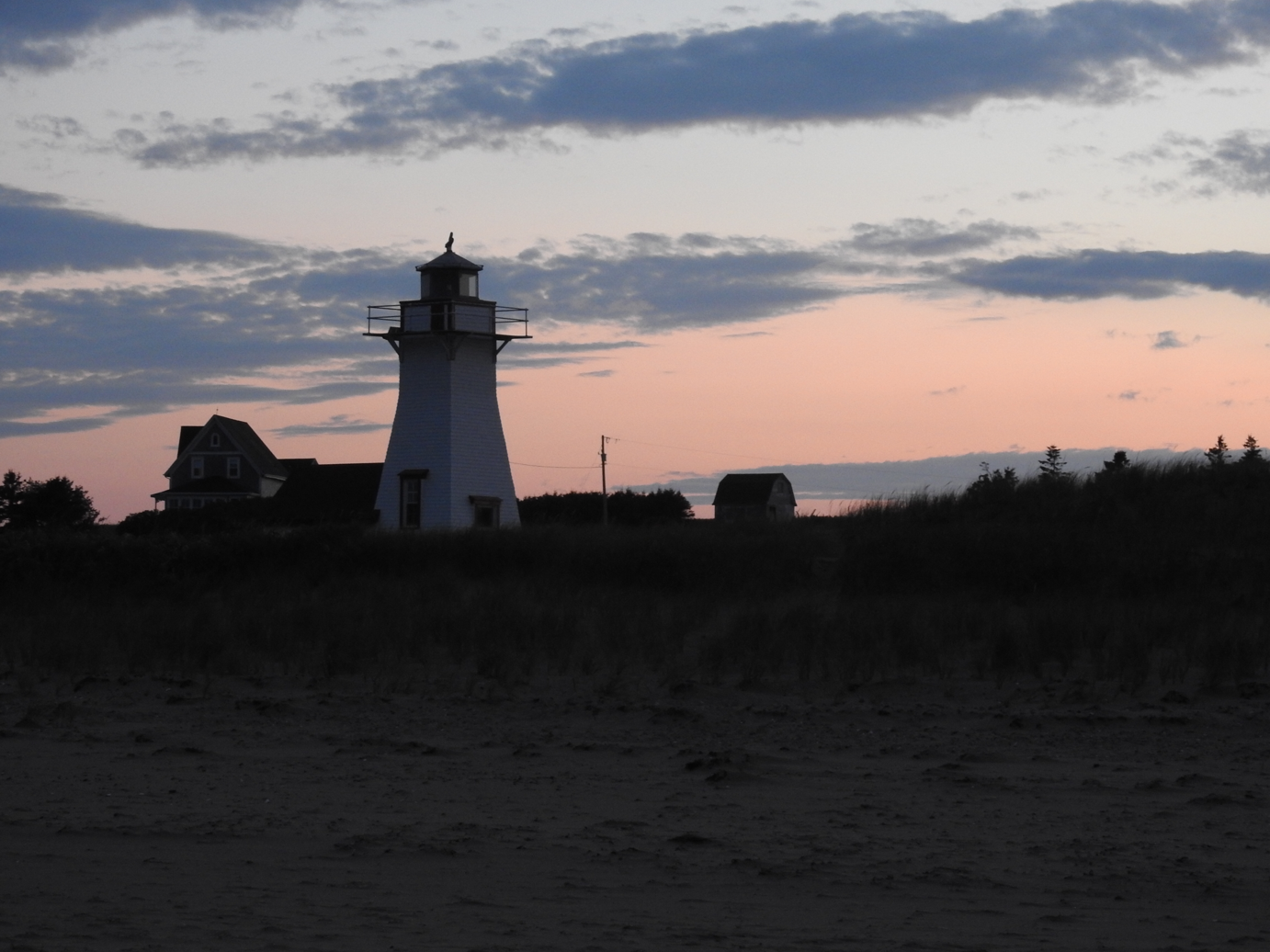 We became one with the setting as overhead, stars were visible through openings in the clouds. Some time later, it appeared. The orange moon rose out of the blackness and reflected off the water. Each of the elements had done its part, as night settled over the island at the end of another day . Just lovely, Marie. I enjoyed sitting with you and watching the end of the day. :-)

Peaceful way to wait for the day to end.

Was that the moon rising, several pictures up? They're all great, as ever.

Have an excellent weekend.

After reading your post, I felt I should say good night to you. :) Lovely photos Marie and your narrative is priceless.
Have a wonderful weekend!

This is a glorious post. I was with you - and very happy to be there.

i am glad you were there, Jan.

It was incredible there, Tabor.

There was a boat approaching the shore, Joanne.

Thank you EC. I am glad you were there.

You captured dramatic skies in those photos. Great job!! Have a wonderful weekend Marie!

Just lovely. Thank you so much.

Beautiful pictures. You should make postcards and donate them to a charity to sell if you didn't want to bother with making money!

Thanks, Angela. Have a great weekend.

Thanks, Barbara. Postcards are a great idea.

Nice light on the light house! Always a good thing to photograph.

Love lighthouses, Stewart. It must be genetic for an island person!

Watching the sun go down is one of life's simple pleasures Marie.. merci beaucoup for sharing this wonderful sight. That is a very attractive lighthouse ✨

Great idea to mark the passing of time ensuring a good variety of photos.

It is a beauty, PDP.

It is easy to do at sunrise and sunset, AC. There are dramatic changes in a short time.

Beautiful images. it was lovely to experience it through your eyes. We were sitting on the beach on Friday watching the sunset too! Sarah x

What a beautiful evening!

It really was, FG.

All under the same sky, Sarah.