The icebergs are in the North Atlantic again moving along the coasts of Labrador and Newfoundland, floating south into warmer water. This area is known as Iceberg Alley. 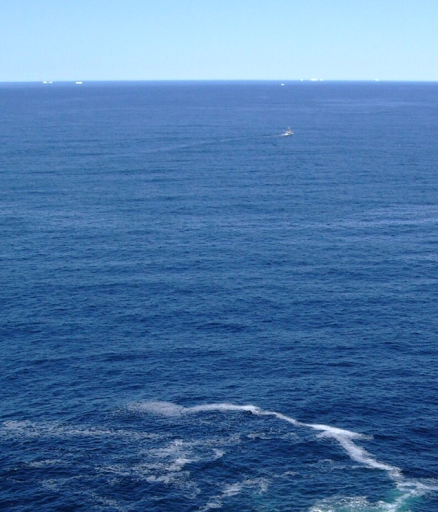 You can see a number of icebergs in Iceberg Alley.
Over the coming months, many icebergs will be visible from shore, some running aground, carried toward shore by the tides. Icebergs are early this year, and while not unusual, in the past, it was often spring before they appeared. 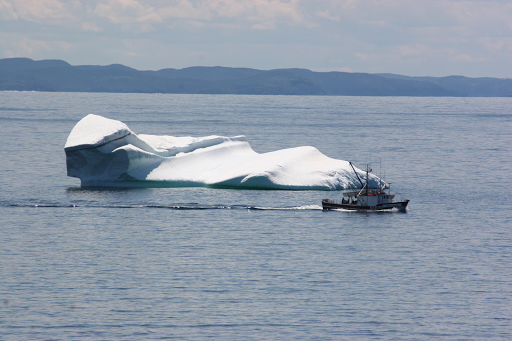 Picture taken from shore
One area of the province known for icebergs is the area around Twillingate, Newfoundland, making it the iceberg capital of the world. It is on the northeast coast of the island. 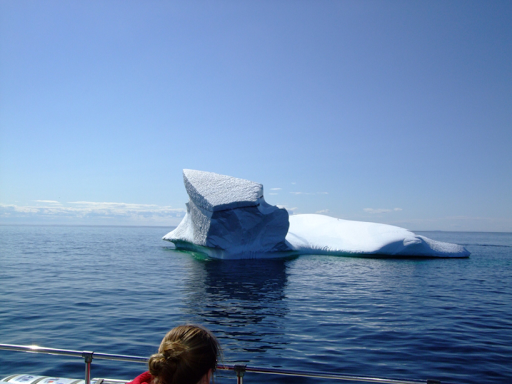 The display of icebergs offshore has been spectacular the last decade but I remember them from my youth as well. However, global warming has sped up the ice melting and breaking away from Greenland glaciers; Iceberg Alley is their brief, watery home. 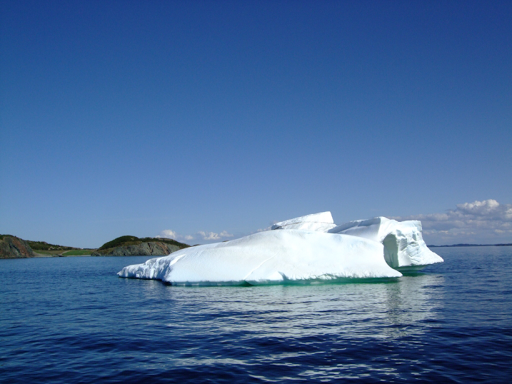 There are numerous boat tours along the coast of Newfoundland which take adventurers near the majestic giants as they make their way south with the Labrador Current. Icebergs make the tour and fishing boats look miniature in comparison. 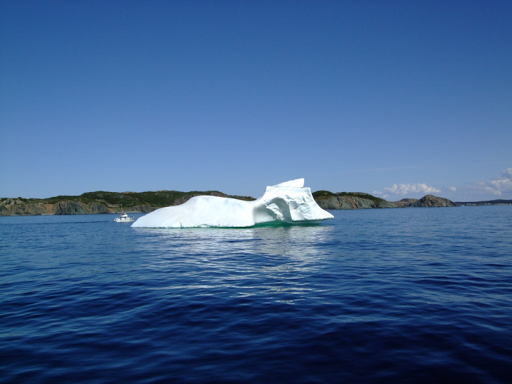 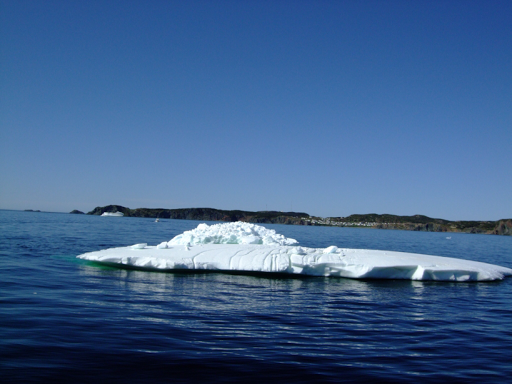 We sampled the 10,000 year old ice from this small iceberg or bergy bit.
There are two videos with this link. One shows an iceberg breaking up or calving. It is rare to see this type of footage. The other video is a tourist video showing spectacular icebergs.
Note:  The Titanic was off the south coast of Newfoundland when she sank in 1912.
Posted by Marie Smith at 03:37

I have seen these and they are frightening. How seafarers managed before radar I dread to imagine and even with radar they are hard to spot in rough or rainy weather.

It would be awesome to see.

Wow! These are pretty spectacular bergs. I hope you take some this season so I can be properly amazed. :-)

I've seen many of these giants when I've visited NL, as I have often been there in May, just when they are drifting past St Johns. There was a huge one grounded just outside the harbour a couple of years ago. I blogged about it but didn't actually see it in person.... the pics are still on my blog under the topic Newfoundland I think. I went iceberg hunting with a friend at Bay Bulls a couple of yrs ago. It was a nice sunny day, but when we got downwind of the berg, it was so cold!

Oh dear!! I have never seen anything like this in my life. It must make one feel exhilarated and scared at the same time. What a thrill!! Thank you for sharing this!!

They are amazing to see but dangerous too.

I won't get to Newfoundland to get any pictures this year!

Amazing how cold they are!

Refreshing! There is a berry winery in that area which uses iceberg water to make the wine.

You are welcome. It is great to be up close to one!

I have heard that our planet faces that the ice has continued melting due to global warming speeding up. But it is the first time for me to see photos of iceberg with some information through blogging.
Amazing!!! A sample from 10,000 year old ice!!!

There are lots of icebergs this year but one is so big, it's like a gigantic wall of ice.

Funny, I always pictured them as looking like an ice cube. Here they look like hard-packed snow.

Sometimes they have veins of ice but usually they look like these.

Amazing. Simply amazing. Thanks for sharing.

They are amazing, Barbara. It was a thrill of a lifetime to be on the water with them.

they are beautiful but scary too ,glad you enjoyed your trip dear